‘I can’t go back to prison’: Leah Croucher’s murder suspect made a desperate phone call to a friend while on the run from police over sex attack

The prime suspect behind the disappearance of 19-year-old Leah Croucher rang a friend while on the run from police and said ‘I can’t go back to prison’, just weeks before the finance worker disappeared.

Neil Maxwell, who had a string of past convictions for sexual offences including rape, was wanted by police when Leah went missing in connection with an attack in Newport, Buckinghamshire. 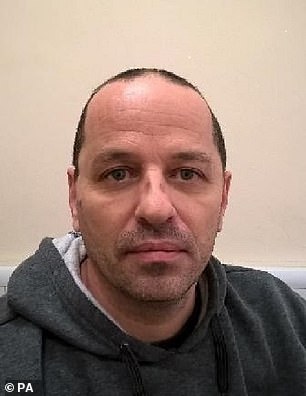 He moved around the country and used fake names to avoid detection, and in February 2019, was based in Milton Keynes, working as a handyman in the house in which human remains were found this week.

Police are investigating whether he kept Leah as a prisoner in the house, possibly for weeks, after finding the remains in the loft of the house, along with her backpack and other possessions.

At the time, he was the only person believed to have had a key.

He was on the sex offender’s register having been convicted of multiple offences, including a teenager aged 13-15.

A former friend of Maxwell said he had received a call from the convicted sex offender out of the blue just a few weeks before Leah went missing.

The friend said he told them: ‘I can’t go back to prison.’

They told the Sunday Mirror: ‘He insisted he hadn’t done what the police were saying. 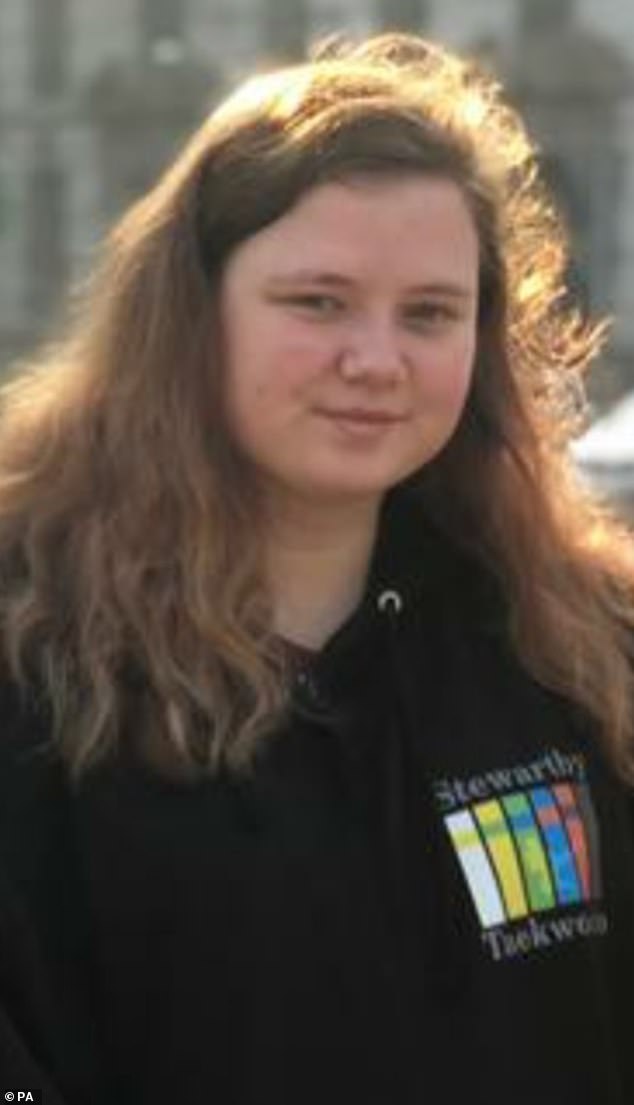 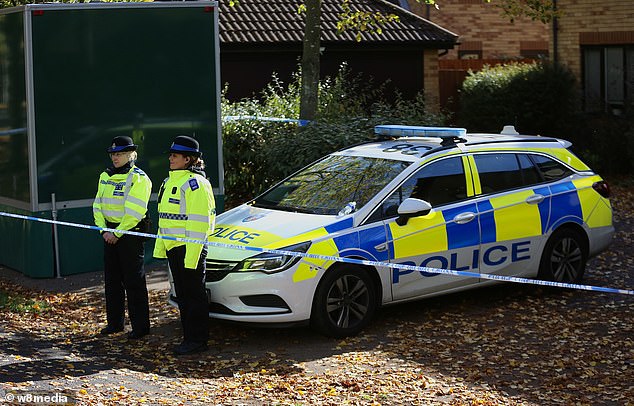 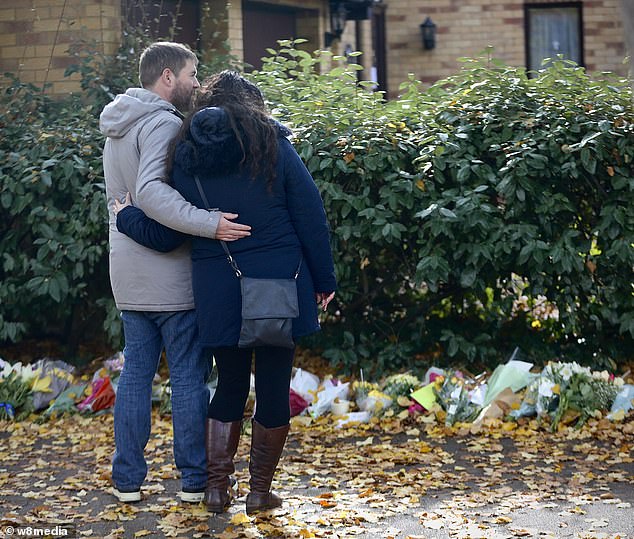 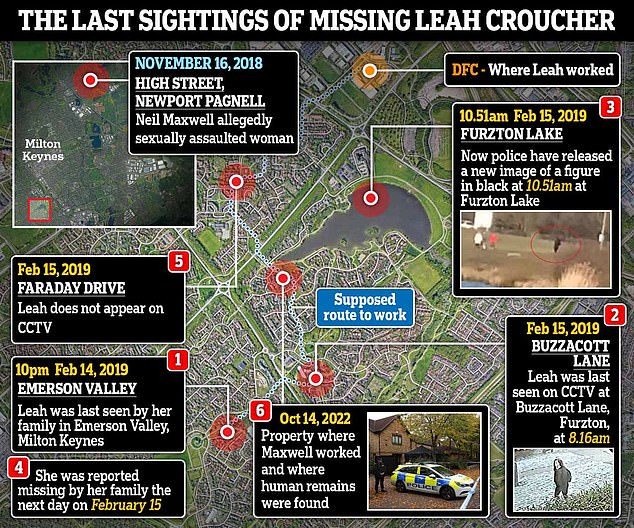 ‘He said he was scared. He couldn’t face going back inside.’

Maxwell killed himself two months after the 19-year-old’s disappearance.

It comes after a former girlfriend of Maxwell revealed he had a ‘sinister character’ after he was named by police.

She described Maxwell as controlling and said he groomed her and took advantage of her, as she told the Mirror: ‘I always knew he was a wrong ‘un.

‘He was well known in the area for trying to pin down girls and force himself on them… Eventually everyone kept away from him.

‘He was a deeply sinister character. It’s horrible that he did this to Leah but, to be honest, I’m not surprised in the slightest,’ she said.

Matthew Barber, Thames Valley Police and Crime Commissioner, has asked the force’s chief constable to conduct an investigation into the handling of Leah’s disappearance to determine if an inquiry is needed.

‘Given the time that has passed questions have inevitably been raised about the earlier investigation and there is an understandable desire for more information,’ he said.

‘None of the information I have received so far leads me to conclude that there were shortcomings in the earlier missing persons investigation. Nevertheless I have requested that the Chief Constable presents me with a review of the case in order to determine if any further inquiry is required. 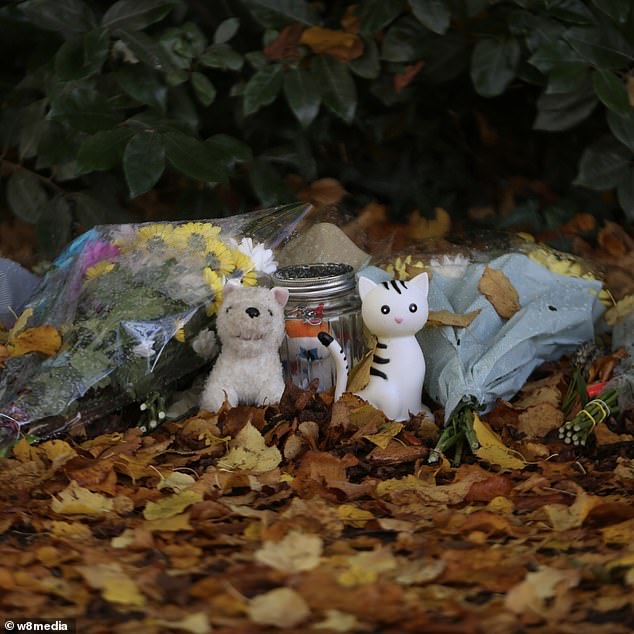 Flowers, candles, teddies and heartfelt notes of condolence have been gathering outside the property all week 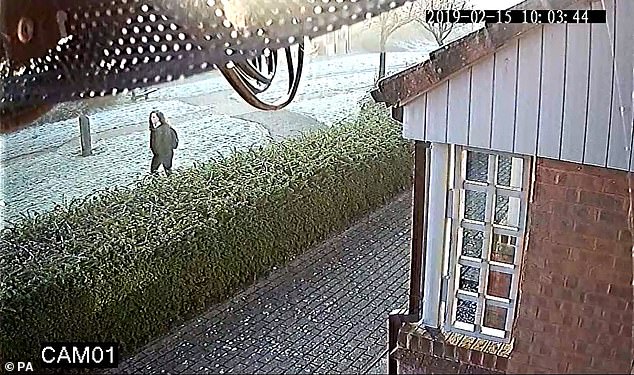 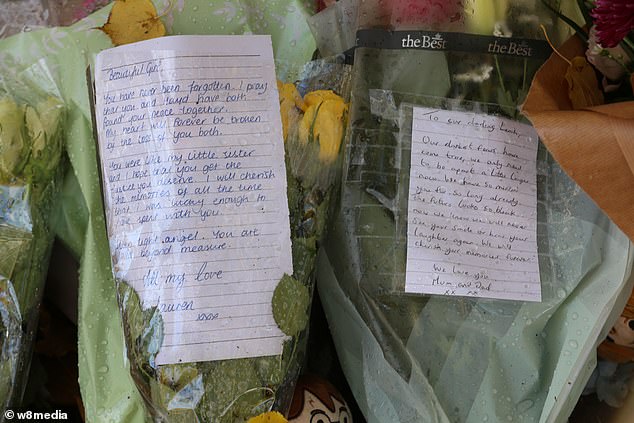 A bunch of flowers were left at the scene by Leah’s parents, with a heartbreaking note to ‘our darling Leah’ 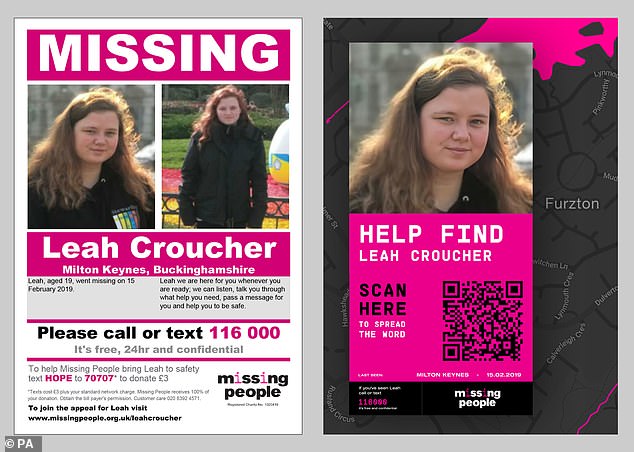 ‘If mistakes have been made I will ensure a thorough review of the missing persons investigation, but I must stress that this will be evidence-led and so far I have seen nothing to suggest any reasonable lines of enquiry were missed.’

Maxwell had previously been in prison for raping a teenage girl in 2009, for which he was handed a four-and-a-half year sentence.

Maxwell, then aged 48, admitted committing a sexual assault on a woman in Milton Keynes in February 2018 and was sentenced to 200-hours of unpaid work and made to pay £85 court costs and £1,000 compensation. He was also placed on the sex offender’s register for five years.

The pervert went on to strike again just nine months later. He was on the run for that offence at the time of Leah’s disappearance but had managed to evade arrest on 18 occasions

Detective Chief Superintendent Ian Hunter said yesterday formal identification of the body has not yet taken place, but they do believe it is Leah.

He said police were unaware of any potential links between Maxwell and Leah until a maintenance worker alerted police on Monday to a suspicious object in a loft of the property.

The human remains were found in the loft of the property at Loxbeare Drive in Furzton, Milton Keynes, DCS Hunter, Thames Valley Police’s head of crime, said.

A Home Office pathologist is carrying out a post-mortem examination to try and determine a cause of death.

Despite the number of times Maxwell evaded police, Leah’s family released a statement at a press conference on Friday saying they believe Thames Valley Police ‘could not have done anything differently.’

The statement said: ‘We would like to take this opportunity to thank Thames Valley Police for all their efforts over the past three years and eight months.

‘We believe that they could not have done anything differently, they have always approached every conversation with dignity and compassion.

‘As a family, we ask that everyone respects our privacy as well as our immediate family, at what is one of the most difficult times of our lives.’

On Thursday night Leah’s family arrived to tearfully lay tributes to a beloved daughter and sister.

An undertaker carried a bouquet of flowers as he then accompanied the parents to a makeshift memorial at the front of the house which is at the centre of the police investigation.

A note left with the flowers read: ‘To our darling Leah. Our darkest fears have come true, we only need to be apart a little longer now.

‘We have so missed you for so long already. The future looks so bleak now. We know we will never see your smile or hear your laughter again. We will cherish your memories forever. We love you, Mum and Dad’.

Another note, by Leah’s elder sister Jade, read: ‘To my beautiful sister Leah, My heart has broken, my mind racing with thoughts and my body numb. How can a life as beautiful as yours come to an end in such a tragic way.

‘I have loved you from your very first breath and I will love you until my last. There has never been a moment when you were not in my thoughts and there never will be.

‘My only comfort is that you and Hayden are together in heaven. All my love forever your big sister Jade and nephew Reggie.’

Hayden, Leah’s brother, tragically took his own life after being so tormented by the loss of his sister. He was discovered by his mother and sister Jade.

If you are affected by the issues raised in this article, you can contact the Samaritans for free and completely anonymously on 116 123.

Prime suspect Neil Maxwell is reported to Bedfordshire Police for a sexual assault in Newport Pagnell.

8am: Leah, 19, sets off for work as normal to her admin job with finance company in Milton Keynes.

5.45pm: Leah walks home from work. The location settings on her Samsung phone were switched off in the Furzton Lake area.

6pm: Leah arrives home from work. She changes into tracksuit bottoms and a long-sleeved top. She tells her mum she is going to visit a friend.

8am: Leah gets up and leaves for work. She sets off on her normal route, wearing a black coat, skinny black jeans, black Converse high top shoes and carrying a small black rucksack. Underneath her coat she wears a distinctive grey hoodie.

8.13am: CCTV footage shows her walking along Buzzacott Lane in Furzton. That was the last confirmed sighting of Leah.

8.34am: Leah’s mobile phone is switched off.

9am: Leah fails to arrive at work.

9.30am – 11.15am: Three different witnesses report seeing a girl matching Leah’s description walking by Furzton Lake. She was looking ‘visibly upset’ and crying while talking on the phone. Police have never been able to say definitely that this was Leah.

6pm: Leah fails to return home. She is reported missing.

Police release the CCTV footage of Leah. They are becoming ‘increasingly concerned’ for her welfare. Her phone is switched off and cannot be traced and her bank account has not been touched.

In the following weeks divers scour Furzton Lake and fingertip searches are carried out.  Leah’s family and friends put posters up appealing for information.

A public appeal is issued to find Maxwell.

BBC’s Crimewatch Roadshow re-enacts Leah’s disappearance and appeals for information. It shows the clothing Leah was wearing on the day she vanished.

Viewer contacts the show saying she and remembers walking at the Blue Lagoon lake in Bletchley, Milton Keynes in February and seeing a grey hoodie just near the water, like the one Leah was wearing.

Police launch a major search at the Blue Lagoon. Nothing of any significance is found.

Leah’s brother Haydon Croucher killed himself in his flat in Bletchley, Milton Keynes, and was found by his mother and sister.

Leah’s parents Claire and John Croucher issue a fresh appeal at a media conference at Milton Keynes Police Station a year after her disappearance.

Her family issue a statement appealing for help to find her on the second anniversary of her disappearance.

In an emotional statement they said: ‘It’s now been two years since our beautiful, wonderful daughter Leah, left for work and vanished without a trace. Missing. Gone.

Police release a new image of a person dressed in black seen at Furzton Lake to mark the third year of her disappearance.

In a written statement Leah’s family said each day ‘feels like an eternity of pain and despair’, but said they remained hopeful she would one day be found.

‘It is harder each day to tell ourselves that today will be the day that we get answers, today we find out what happened three years ago,’ her parents said.

Remains, believed to be Leah, are found in a house in Loxbeare Drive, Milton Keynes, which she passed every day on her way to work. Her belongings were found inside.

At a press conference, police name Neil Maxwell as the prime suspect in Leah’s murder.