A former Wesley College student has accused the school of failing to inform her parents or the police after she reported being sexually harassed and assaulted by a group of boys when she was in year nine.

The woman, who left Wesley College several years ago and spoke to The Age anonymously, said the boys involved had been suspended for groping her and taking photographs up her uniform, but the school had offered her little support. 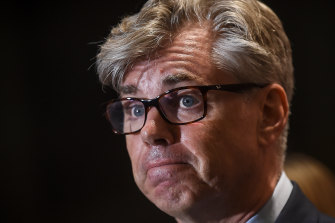 “It was kept quiet. I didn’t get any help. Nobody talked to me about it,” she said. “I am still getting counselling. I have PTSD from it. I had no idea about sexual assault. It would have been good to know early on what’s OK and what’s not.

“I went to a new school and never experienced [sexual misconduct] once. It shows it’s to do with the organisation. It comes from the school itself.”

The new allegation surfaced on Friday, even as the school apologised to students who had been victims of sexual assault and harassment, and referred some complaints to police.

The woman’s mother said the school had failed to adequately inform her, report the incident to police or support her daughter. “I can’t think of that school. I have little respect for it,” she said.

“It was atrocious all round. I had to be the one to follow up. They were just brushing it off.”

A school spokesperson responded to the new claim on Friday afternoon, saying: “Throughout the course of this week, Wesley College has been made aware of a number of inappropriate behaviours and is working methodically through each allegation raised.

“The college encourages any student – past or present – with a relevant story to share to make contact with the college counsellor, or directly with the principal’s office.”

Principal Nick Evans apologised to victims and the school community on Friday morning after a week in which the misogynistic culture at the school was revealed. 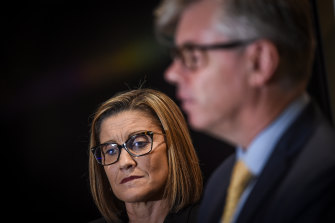 “I apologise unreservedly to those affected on behalf of the college,” he said. “It is, however, not enough to be devastated. This has been a call to action. We need to act.”

Mr Evans said some of the allegations were criminal and required police involvement while others showed “atrocious attitudes towards the opposite sex” which would be met with a disciplinary and pastoral response.

The co-educational, independent school – which charges annual fees of $34,610 for years 10 to 12 students – will start lunchtime forums for students to discuss issues, employ external trauma-informed psychologists and work with educational consultants to examine attitudes within the student body.

The school has engaged leading child-protection agency Bravehearts, which will conduct a college-wide review of child-safe practices and implement an education and training program for every student, employee and the parent/carer community across all campuses.

“There is enormous anger amongst many of our girls,” he said in a letter. “We have heard this.”

Wesley College is one of the largest independent schools in Victoria, with thousands of students across its three campuses.

The issue of sexism and harassment arose on Monday after boys in Wesley uniform were heard making loud misogynistic comments following the Melbourne women’s March 4 Justice.

“So far I’ve got over 50 responses and every hour there’s another couple there,” she said.

“Boys don’t believe consequences will be handed out and the victims as well don’t have much faith in the school to do anything.

Isabella said a disappointing personal experience when reporting harassment to teachers had contributed to her starting the petition.

“They acknowledged the behaviours of the individual yet didn’t act upon it. There were no consequences. They swept everything under the rug,” she said.

“They spoke to his parents but then nothing really happened.”

Isabella said she had shared the document with senior school staff.

“I’m seeing that the school has definitely recognised the culture,” she said.

“It’s great to see the approach they’re taking and that they’re willing to listen now.”

Mr Evans said the school was committed to listening and making real change.

“There are divisions in the community. We will be encouraging our young men to engage in this deep listening; they really need to,” he said.

He said the school was “a microcosm of Australian society” and was sure other schools faced the same issues.

“I do firmly believe this is an Australian societal issue,” he said.

Ms Bence said it was “a deeply sad time” and she was shocked by the nature of some of the complaints.

“There are students on this campus who do not feel safe at times. This has been devastating for our entire community.”

Michelle Green, the chief executive of Independent Schools Victoria, said members shared in “the dismay and abhorrence felt across the community” at the revelations coming out of Wesley College and other schools.

“Their dismay is compounded by the knowledge that this appalling behaviour is taking place despite conscious efforts by governments, schools and other organisations to address discrimination, bullying and abuse when it involves vulnerable young people, girls in particular,” Ms Green said.

She said it was an issue that went beyond schools and any effective response would require more community and parent engagement.

ISV has begun an audit of programs relating to sexual assault and harassment that are available to its 220 member schools.

The review would determine what worked and what needed to be improved, and include information sharing across the government and Catholic sectors.

Jim Miles, executive director of Catholic Education Commission Victoria, said it was clear schools, parents, policy-makers and the wider community must do more to educate young people about respectful relationships.

“We are at an important juncture where schools need to invite and empower young people to participate in what should be ongoing conversations on the efficacy of existing programs, and the priority they are given,” he said.

The Victorian Principals Association did not respond to requests for comment.

If you or anyone you know needs support call the national sexual assault, domestic and family violence hotline on 1800 737 732