Marta Ayala lost her job as a carer for the elderly when she developed an allergy that led to a lung infection three years ago. Her savings dwindled away and soon the 54-year-old could no longer afford the rent. Since then she has shuffled between shared accommodation and boarding houses. "Sometimes I had to sleep in the car," Ms Ayala said.

Last year her name was added to the Victorian Housing Register, a waiting list for social housing (rental housing that is owned and run by the government or not-for-profit agencies) that was established in 2016. 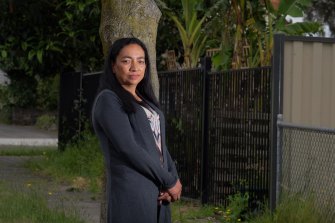 Social housing includes both public and community housing and is provided to people on low incomes (especially those who have experienced homelessness or family violence) who are charged rent at 25 per cent of their income.

But the number of households on the Victorian Housing Register has blown out from 33,073 in September 2016 to 45,698 as of June this year.

After decades of underinvestment Victoria has the lowest proportion of social housing in Australia.

Only 3.2 per cent of Victoria's housing stock is social housing – about 81,000 dwellings – below the national average of 4.2 per cent.

Ms Ayala, who said she is shunned at her current accommodation because her cough meant others thought she had COVID-19, is hoping the government will invest more in social housing "so I will get the opportunity to have a place".

Treasurer Tim Pallas has strongly hinted social housing will be a feature of this month's state budget saying the government recognises this is "unfinished business".

"I do make the point that the advice that we have from Treasury in terms of the best employment-generating, economy-growing investment at the moment is into public and social housing, and the government is looking at what we can do," he told Parliament last month. 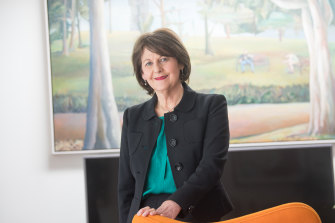 Uniting Vic.Tas has pledged $20 million to address a shortage of affordable housing in Victoria and Tasmania.

The commitment includes a plan to build 500 new social and affordable housing properties across Victoria over the next five years, including a 30- to 36-unit development at Ringwood.

But Ms Pike – a former Victorian housing minister – says the organisation needs governments and private developers to partner with them during the construction phase.

"In the case of Ringwood we have donated land worth $3 million and the Lord Mayor’s Charitable Foundation gave us $50,000 to begin work on architectural design," Ms Pike said.

"But if we had to borrow the full amount to build this without a government subsidy, we couldn’t make it stack up financially. We are providing housing for people on low incomes – we are not going to get the kind of rent that will pay back a commercial mortgage or loan."

Like many economists and housing groups, Ms Pike believes the federal budget squandered an opportunity to directly fund social housing.

Federal Housing Minister Michael Sukkar said the delivery and construction of social housing is the responsibility of the states, but the budget provided $1 billion in concessional loans for community housing providers.

Grattan Institute economist Brendan Coates said most of the homes were built within a couple of years and it was a successful economic stimulus measure.

But he was critical of Mr Rudd’s National Rental Affordability Scheme, which paid incentives to developers and community housing organisations to build new homes and rent them out at below market rates.

Research by the Grattan Institute estimated the scheme provided windfall gains to investors of at least $1 billion.

"We don't want to do that again – it's very unlikely the states would go down that path," Mr Coates said.

It made sense for the Victorian government to stimulate the economy by directly building social housing, Mr Coates said, given the country was in the middle of its deepest recession in three decades.

"The state government can borrow at a bond rate of 1.22 per cent which is below the rate of inflation."

But Mr Coates warned that, without federal assistance, Victoria was unlikely to be able to solve the problem of its social housing shortfall on its own.

A Victorian government spokesperson said work on its $185 million Public Housing Renewal Program – which aims to increase the number of social housing properties by at least 10 per cent – was already well under way, creating "new and vibrant communities".

The program, announced in 2017, will see nine public housing estates sold to developers, who will rebuild them with a mix of private apartments and social housing.

"Ideally, there would be an ongoing state commitment to recurrent annual expenditure on construction and maintenance of public and community housing. Ideally, this would include significant federal funding."

The most important news, analysis and insights delivered to your inbox at the start and end of each day. Sign up here.