TURIN, Italy (Reuters) – Tireless teenage activist Greta Thunberg has been crisscrossing the globe by car, train and boat – but not plane – to demand action on climate change. But now even she needs a rest. 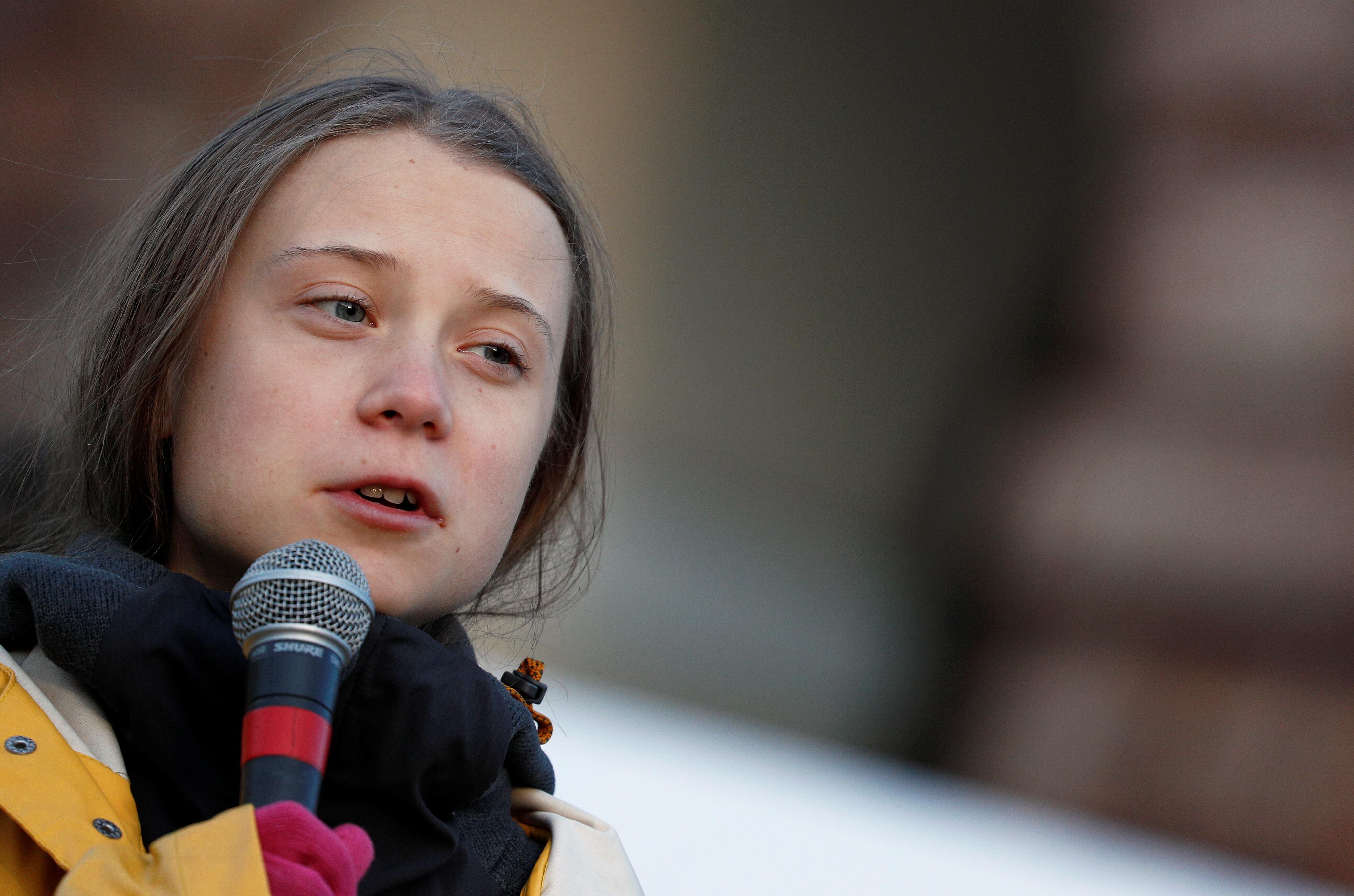 Fresh from being named Time magazine’s Person of the Year, the 16-year-old Swede joined thousands of students in the north Italian city of Turin on Friday for a protest to pressure the government to take more action to curb carbon emissions.

Thunberg, who refuses to fly, traveled to Turin by train and car from Madrid after attending a U.N. climate summit in the Spanish capital. She arrived in Europe only a few days earlier aboard a catamaran after spending months campaigning in the United States.

Now she needs a little downtime.

“I will be home for Christmas and then I will take a holiday break because you need to take rest,” she told reporters in Turin.

“Otherwise you cannot do this all the time.”

But the renowned activist showed plenty of energy as she addressed the rally in Turin, the birthplace of carmaker Fiat, in one of Italy’s main industrial and polluting regions.

“2019 is almost over. We must make sure that 2020 is the year of action, is the year when we bend the global emissions curve,” she told the youthful crowd.

When she was 15, Thunberg skipped school on Friday’s to demonstrate outside the Swedish parliament to push her government to curb carbon emissions. Her campaign gave rise to a grassroots movement called Fridays for Future that has gone global, inspiring millions of people to take action.

“We are very excited to have Greta protesting side-by-side with us,” said fellow activist Elena Costa, 22, from Turin. “We want to explain our goals to everyone and invite everyone to come Friday after Friday, every single week.”

Morrisons is not liable for a rogue employee who leaked the personal data of around 100,000 staff members, the UK’s highest court has ruled.  The…

DUBAI (Reuters) – Iran’s death toll from the new coronavirus has reached 3,036, with 138 deaths in the past 24 hours, Health Ministry spokesman Kianush…