FOR 25 years, Radhia Gleis was the one person Buddhafield kingpin Reyji trusted with his true identity and deepest secrets.

Having been “psychically abused” by her own “abusive” family, she claims she was drawn in by the religious movement and the kindness of its shaman king, trained hypnotist Reyji, and became his right-hand woman in the 1990s. 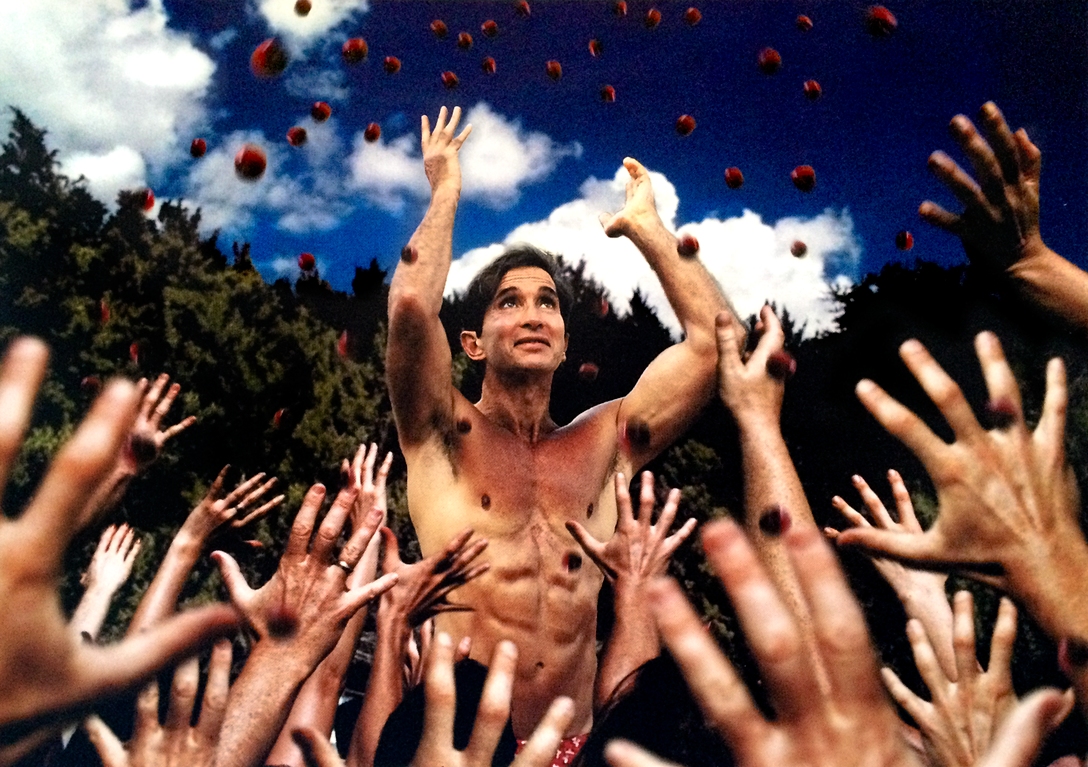 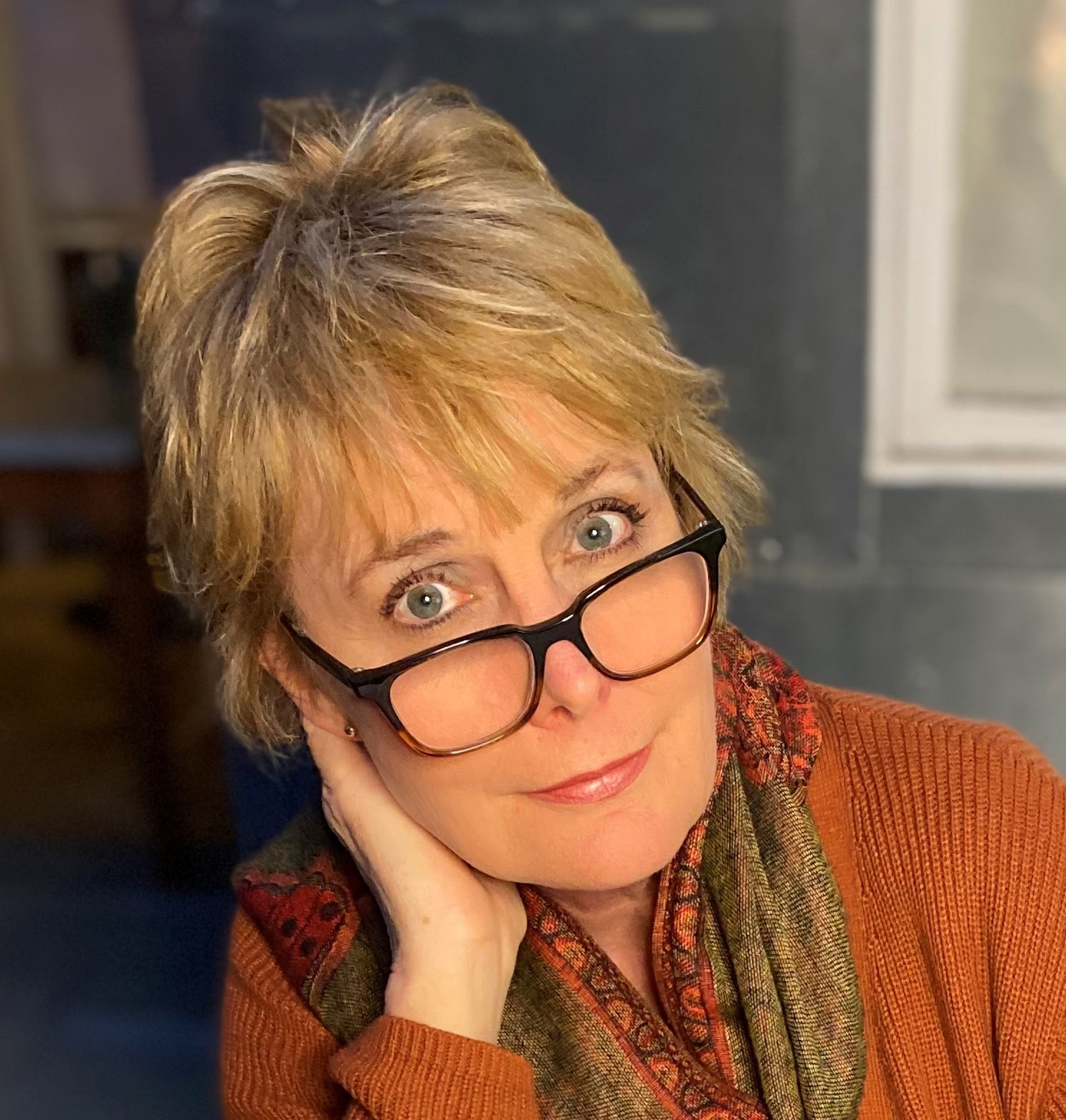 But over the course of two decades she watched him go from benevolent friend to crazed cult leader, addicted to power and the privileges it brought him.

Having promised them a divine experience, a higher purpose and safety from the outside world, Reyji drew hundreds of people into his orbit.

But once they were vying to be an official member of Buddhafield, believing Reyji was a god who could transfer his power to them, Radhia claims they were drained of their wealth, personal secrets and in some cases, sexually abused – claims he vigorously denies.

Speaking to The Sun ahead of the launch of her new book, The Followers: Holy Hell and the Disciples of Narcissistic Leaders, Radhia, now 67, said: “Reyji changed to be exactly what each person needed him to be.

"He spiritually raped me.

“It took me 25 years to realise that he was a fraud and a con artist. When I found out he was sexually abusing male members that was it. I left.

"It was all about sex and power for him. He was addicted to it.”

The true identity of Reyji, who at one time wore nothing but swim shorts and blue eyeliner, was humble Jamie Gomez from Venezuela.

Radhia told how he built up a persona based on promising his followers divine experiences and a chance to speak with their god.

His ideology was based on Eastern religions of Buddhism and Hinduism.

Radhia told the Daily Star: "Everybody was gorgeous and they called us the cult of the beautiful people.

"[Reyji] was just a lovely guy – smart, funny, good looking and charismatic. I loved him.

“Here was this contemporary guy who was gay. I fled Catholicism and wasn’t interested in old traditions, I wanted something deep and intimate and he filled all of those things."

Initially Reyji said he was a conduit to having a union with God, but slowly as his following grew to 150, he became the god. 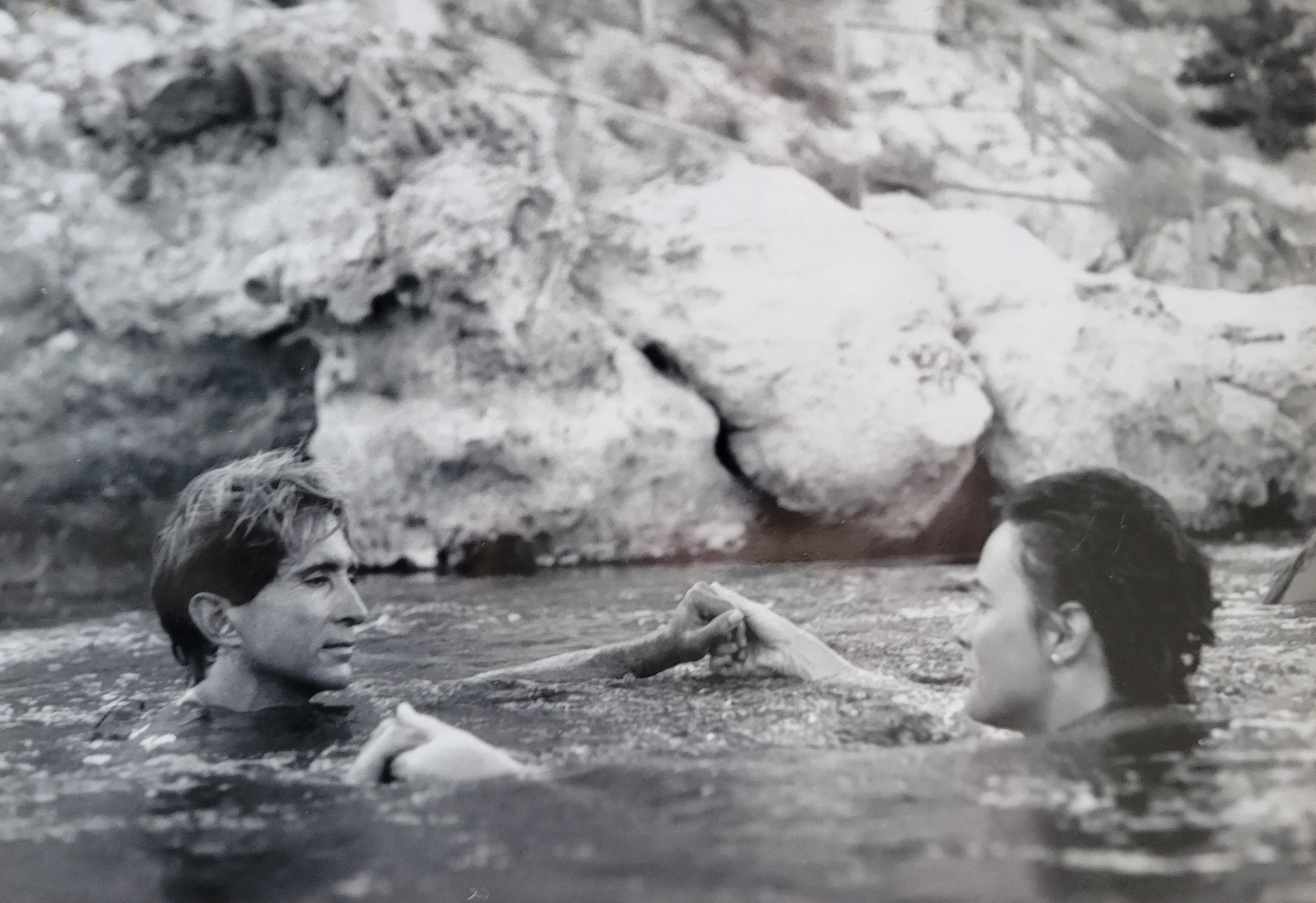 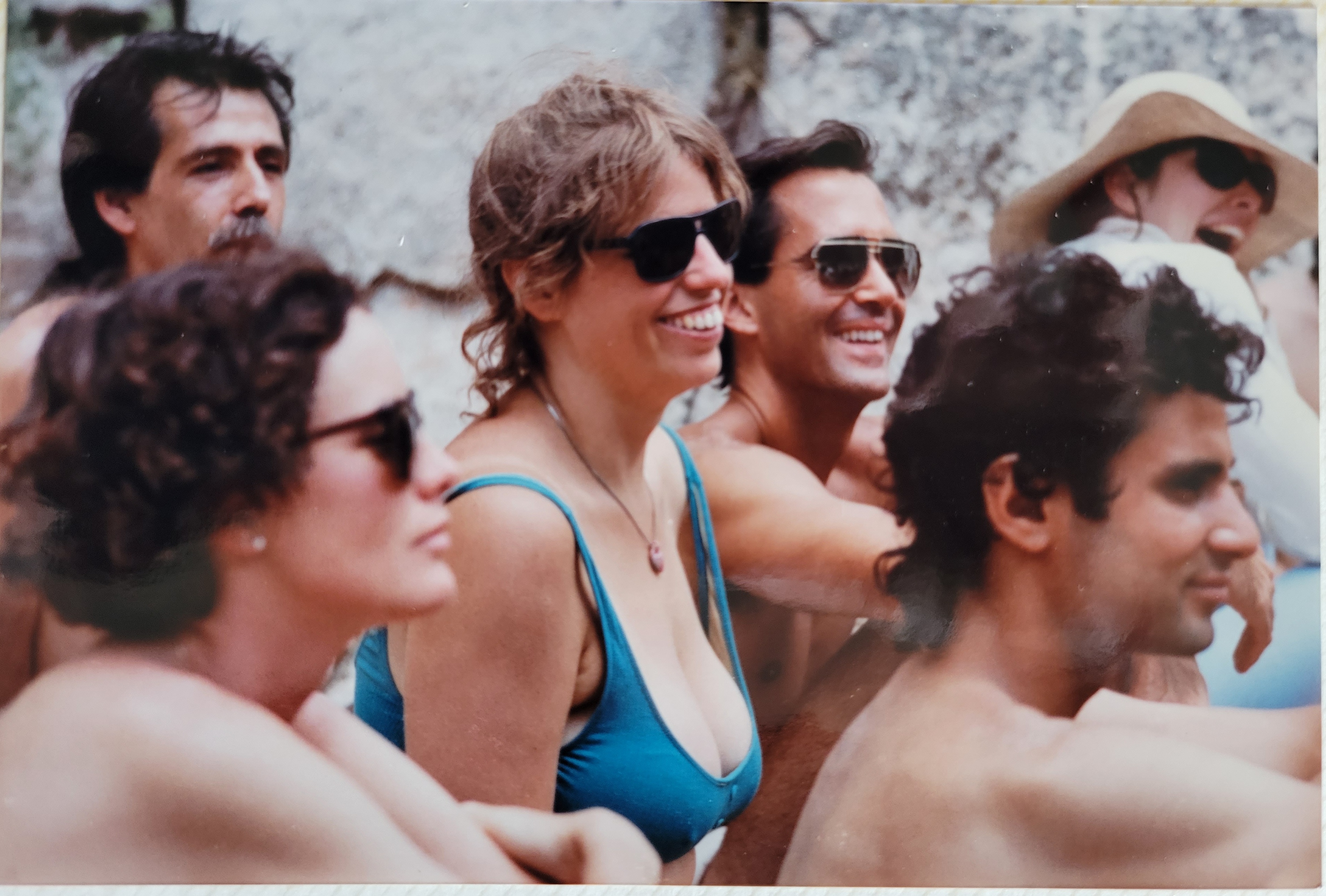 Followers had to lie stretched out on the floor, placing their head below their feet, to offer their ego up.

Reyji initially told his followers not to bow to him, but started to enjoy it and encourage it.

He then moved to doling out an “experience of god” by touching people's foreheads while their eyes were closed for them to see a flash of light – a practice, in its basic form, stolen from Indian guru Maharajji.

Radhia, who grew up as a Catholic in Los Angeles, recalled: “In the beginning it was all about the techniques, but as his ego grew over 20 years it became all about him.

“He then made it harder and harder to be initiated, which made followers more and more eager to please and be chosen.”

She said Reyji encouraged followers to dance uninhibited while he watched and allegedly forbade members from sleeping with other people.

'He knew all the skeletons in our closet'

Unlike most cults, followers lived in their own houses, except for the chosen few who got to live with and serve their leader.

The top echelon had everything funded for by the lower ranking members – from their housing to their food.

Everyone in the cult – bar the chosen few – remained employed, with many working as yoga teachers, nutritionists and in other holistic professions.

Their earnings were reportedly used to fund the lives of Reyji and his inner circle.

Group members were also required to pay for weekly hypnotherapy sessions with their leader.

Radhia said: “People at the top of the cult got the honour of living with him and cooking for him.

“We thought we were lucky to be able to provide things for him. He was taken care of and those in his inner circle were also funded by the lower down members and didn't work. It was an honour to serve him.

“We paid for everything they had, including food.

“On top of that we gave him free holistic treatments like massages and nutrition advice. Then he would charge us to have counselling sessions with him during which he learned our secrets.

"He knew all the skeletons in our closet, all our fears, everything. Later he would use them to control us.”

Members were encouraged to change their names to ones chosen by Reyji – including Radhia who changed her name from Linda.

As part of her role in Reyji’s life, Radhia looked after his legal documents. When legal issues arose, she snuffed them out and paid for them.

She was picked out for this task because her dad and brothers were both lawyers, meaning she had a basic knowledge of the system.

She added: “I should have seen the red flag when another member of the group was relentlessly pursuing a woman for a relationship who didn’t want it.

“He was continually harassing her and Jamie (Reyji) told him to stop. It resulted in the man sending threatening letters.

“Jamie (Reyji) wanted him killed after that.”

Radhia funded private investigators and then the lawyers for a court case, which she won.

It led to the group moving to Austin, Texas, from Los Angeles over fears of reprisals once the former member was released from jail.

Radhia helped scout a new home for the cult and provided the down-payment for Reyji’s house – something he did pay her back for when she left.

Part of his control was by ensuring different parts of his group never fully understood what another was doing, and that no one really knew anything concrete about him.

The 2016 documentary Holy Hell – now available to watch on Amazon Prime – revealed that Reyji had followers sleep at the foot of his bed, and the alleged sexual abuse of male members was kept tight under wraps.

Radhia left the cult in 2006 after hearing he had allegedly silenced a male member who had rejected his advances.

The leader claimed publicly that the member had come onto him, rather than the other way around.

Upon leaving Buddhafield – made possible by the fact she still had her own income – other elders of the cult followed as news of Reyji's alleged sexual abuse spread.

He had three people enquire about ‘taking me out’. He thought I was a threat to his persona as a god.

Radhia chose to share her privileged information about him with other former members of the group as she thought they had a right to know.

Her revelations were shared throughout the cult, and Reyji apparently decided she needed to be silenced.

She said: “It took me 25 years to realise what a sham Buddhafield was. And when I left and shared things I knew with other former members, Jamie decided he wanted me gone.

"He had already ostracised me from people who were my closest friends.

“Then he went one step further and had three people enquire about ‘taking me out’. He thought I was a threat to his persona as a god.

“The only reason it didn’t happen was because it was too expensive. It wasn’t because they thought killing someone was bad, it was purely a monetary decision.

At the time Radhia, unknowingly, had also been storing boxes for him which contained naked photos and mature pornography that Reyji didn't want anyone to see.

The Buddhafield is still going with around 100 members and is now based in Hawaii.

Radhia has since rebuilt her life working as a clinical nutritionist, biochemical analyst and educator.

Now almost 80, he issued a statement when the Holy Hell documentary was first released which read: "It is heartbreaking to see how history has been rewritten. Holy Hell is not a documentary, rather, it is a work of fiction designed to create drama, fear and persecution; that is what sells.

"I am saddened by this attempt to obscure the message of universal love and spiritual awakening. It is devastating to see these friends, who were once so filled with love for the world, become so angry.

"I wish them only the best, and hold each one close to my heart. If any of my actions were a catalyst for their disharmony, I am truly sorry. May all beings find peace, Michel." 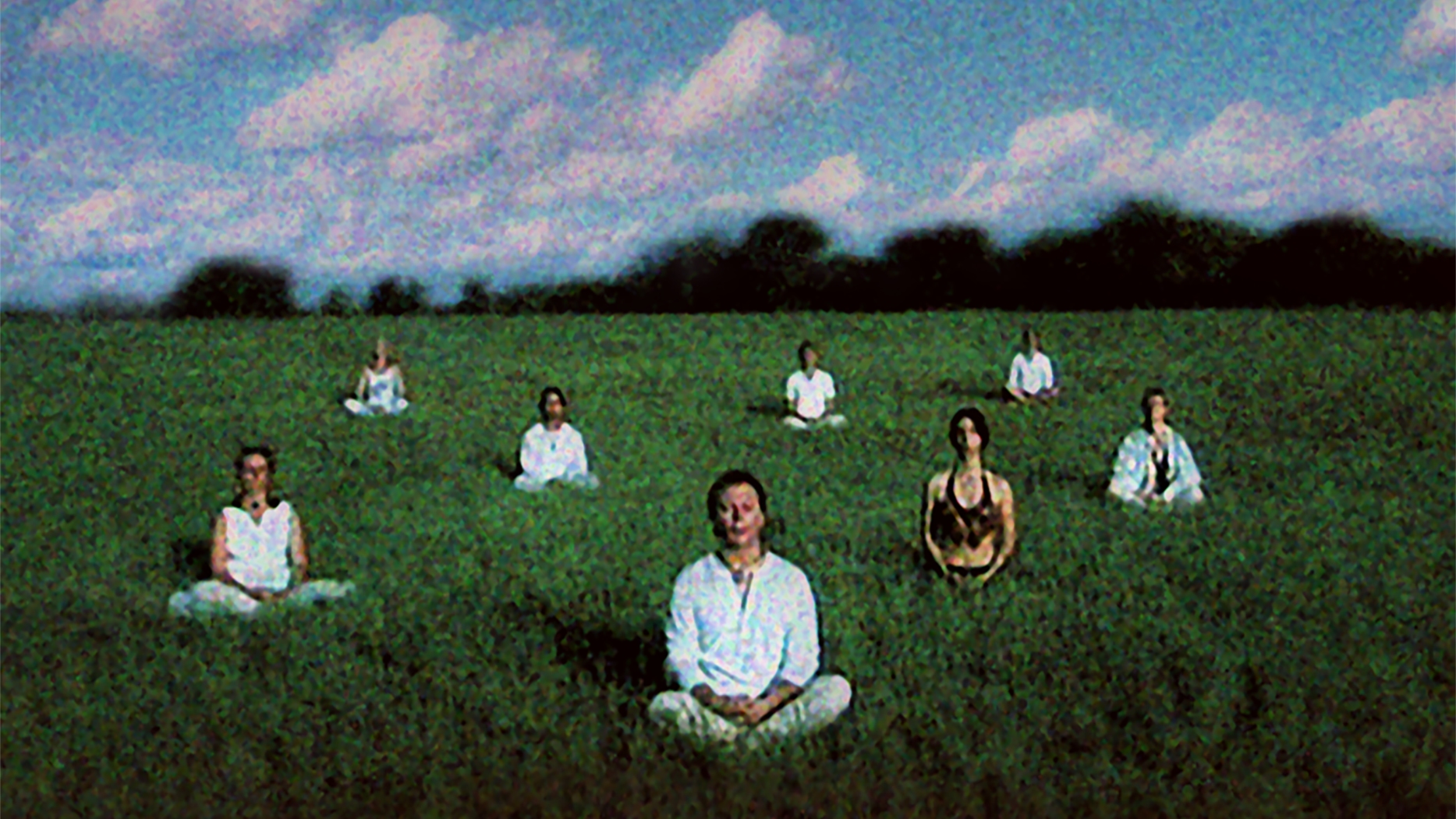 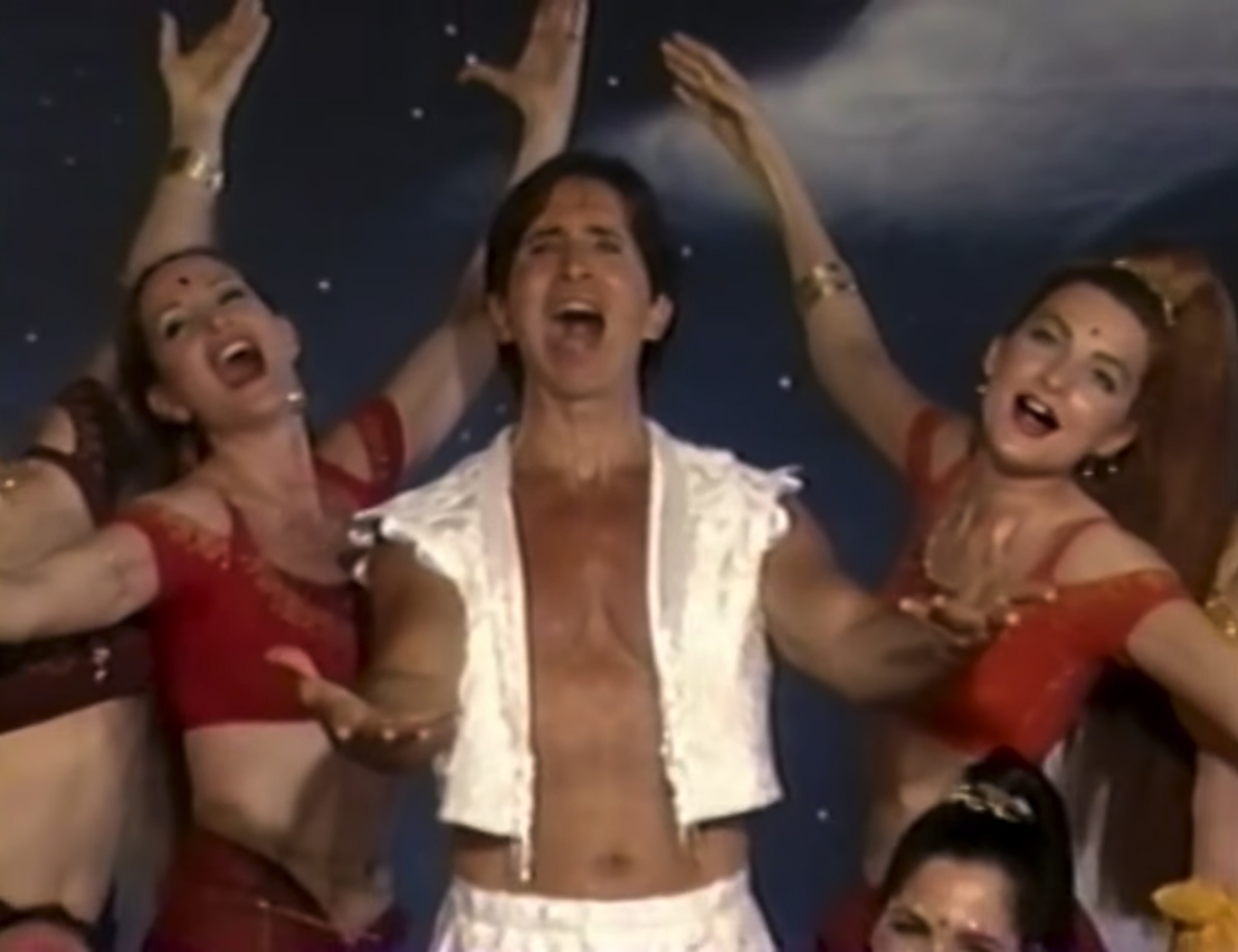 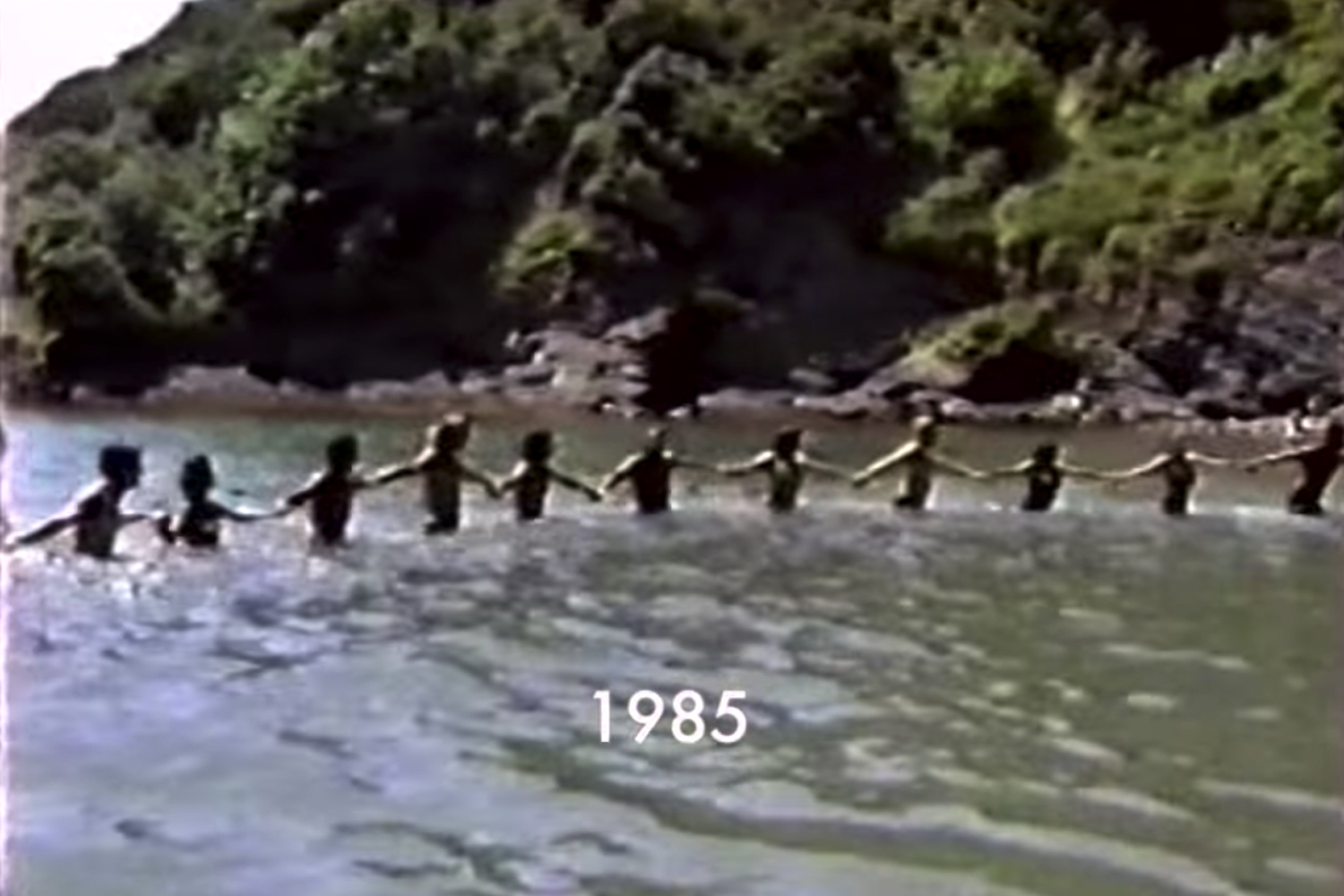 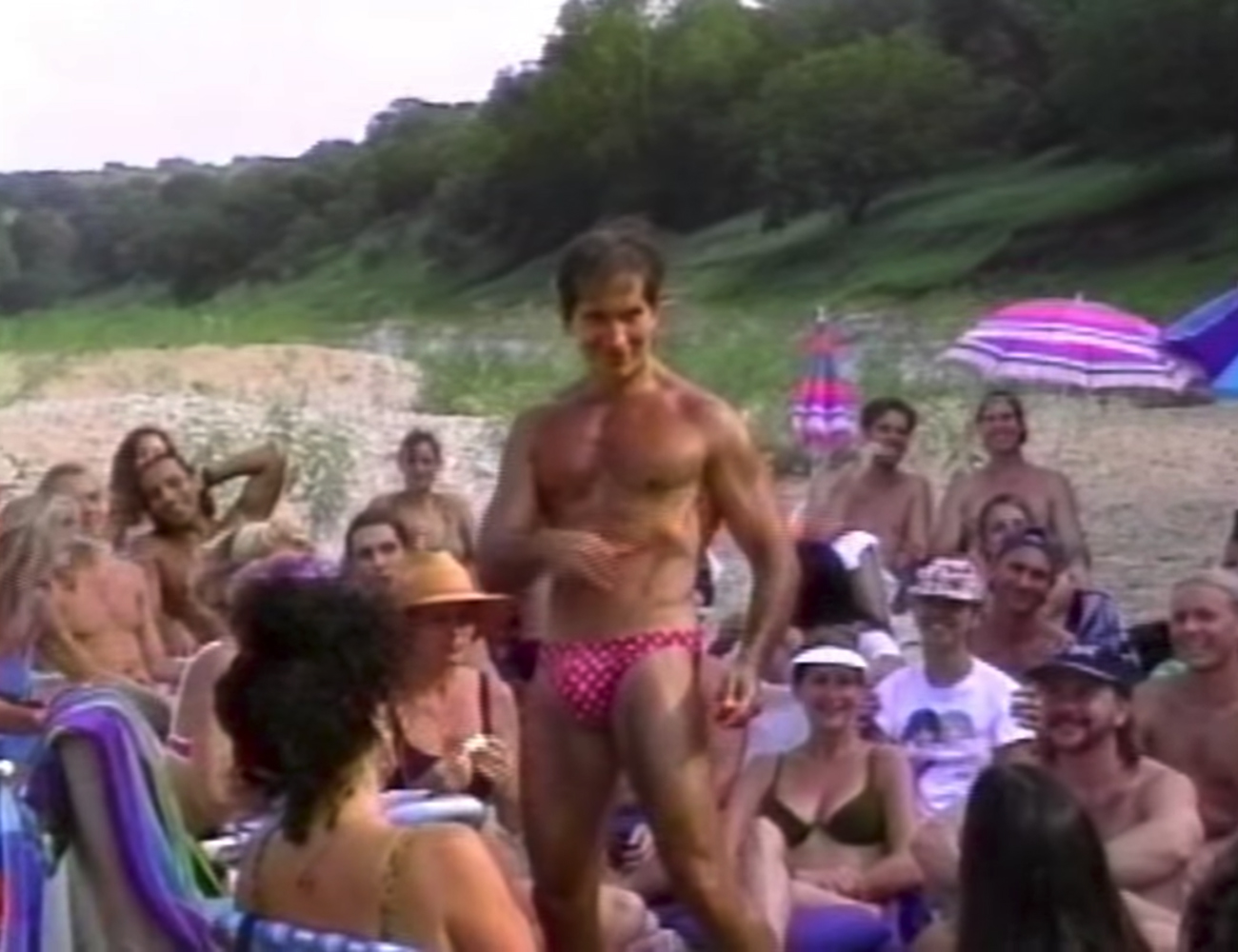 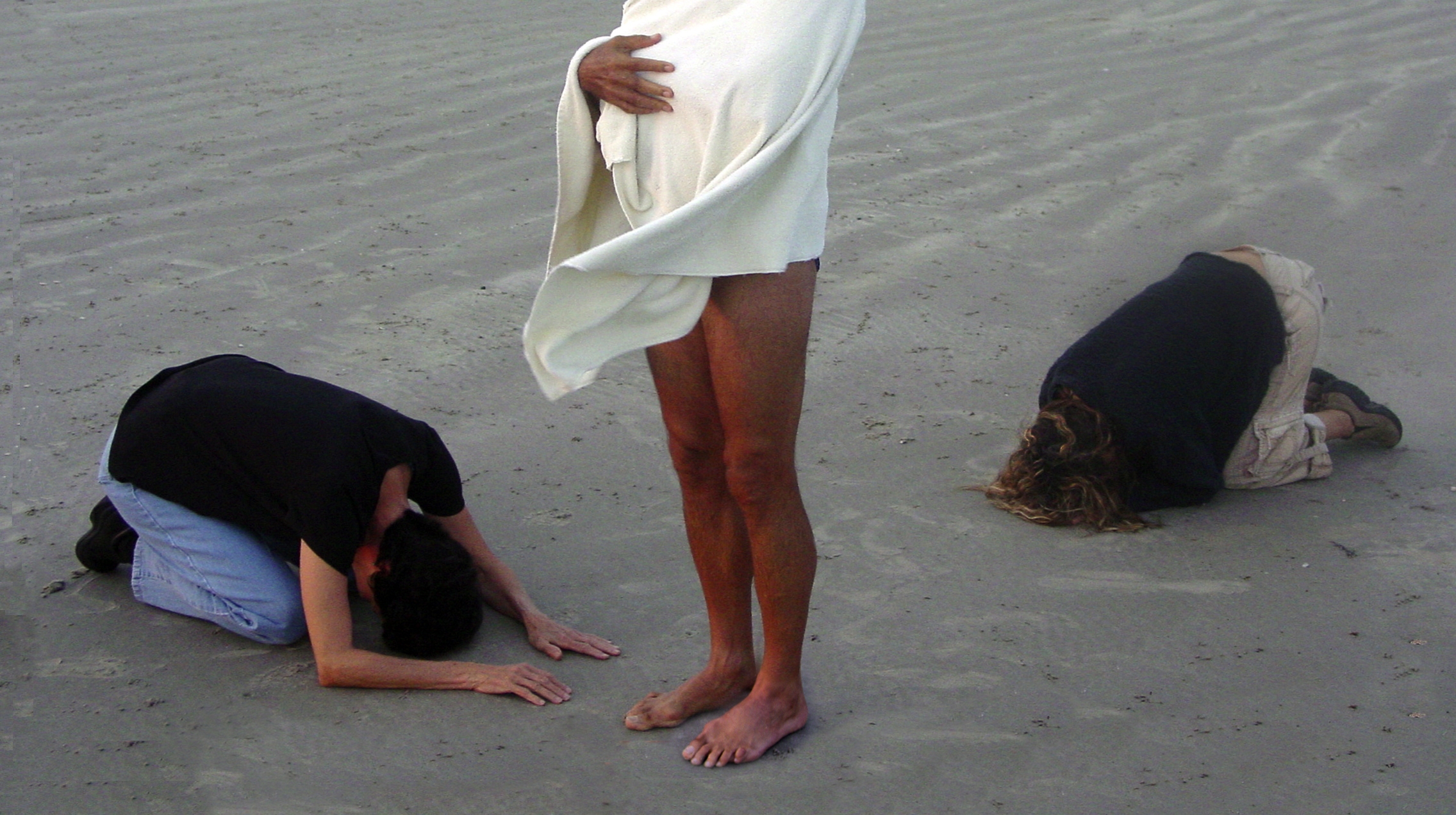 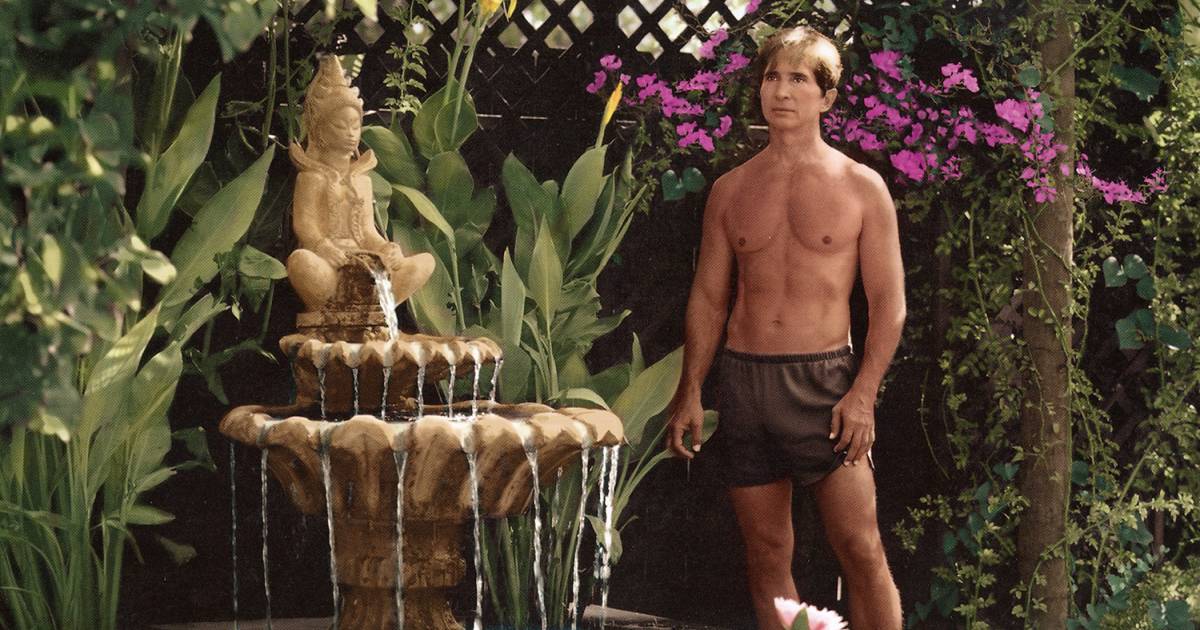