A DAD and his daughter are lucky to be alive after they were struck by lightning during stormy weather in Florida.

John Moberg, 74, and Ashley, 19, were in the parking lot outside Steinbrenner Field during a spring training game for the New York Yankees against the Atlanta Braves when they were struck.

The pair, who are huge Yankees fans, made the trip to Tampa, Florida, from Elmhurst, Illinois, a western suburb of Chicago, earlier this month to watch their favorite players get ready for the regular season.

As they sat down to watch the game a storm was approaching the area.

Due to the rain, the game was called off in the sixth innings, so father and daughter decided to leave the stadium and initially found shelter in a souvenir shop before going in search of their car in the parking lot.

When they couldn't find their car, the two stopped under a tree to take shelter, a place experts advise people should never take shelter during a thunderstorm. 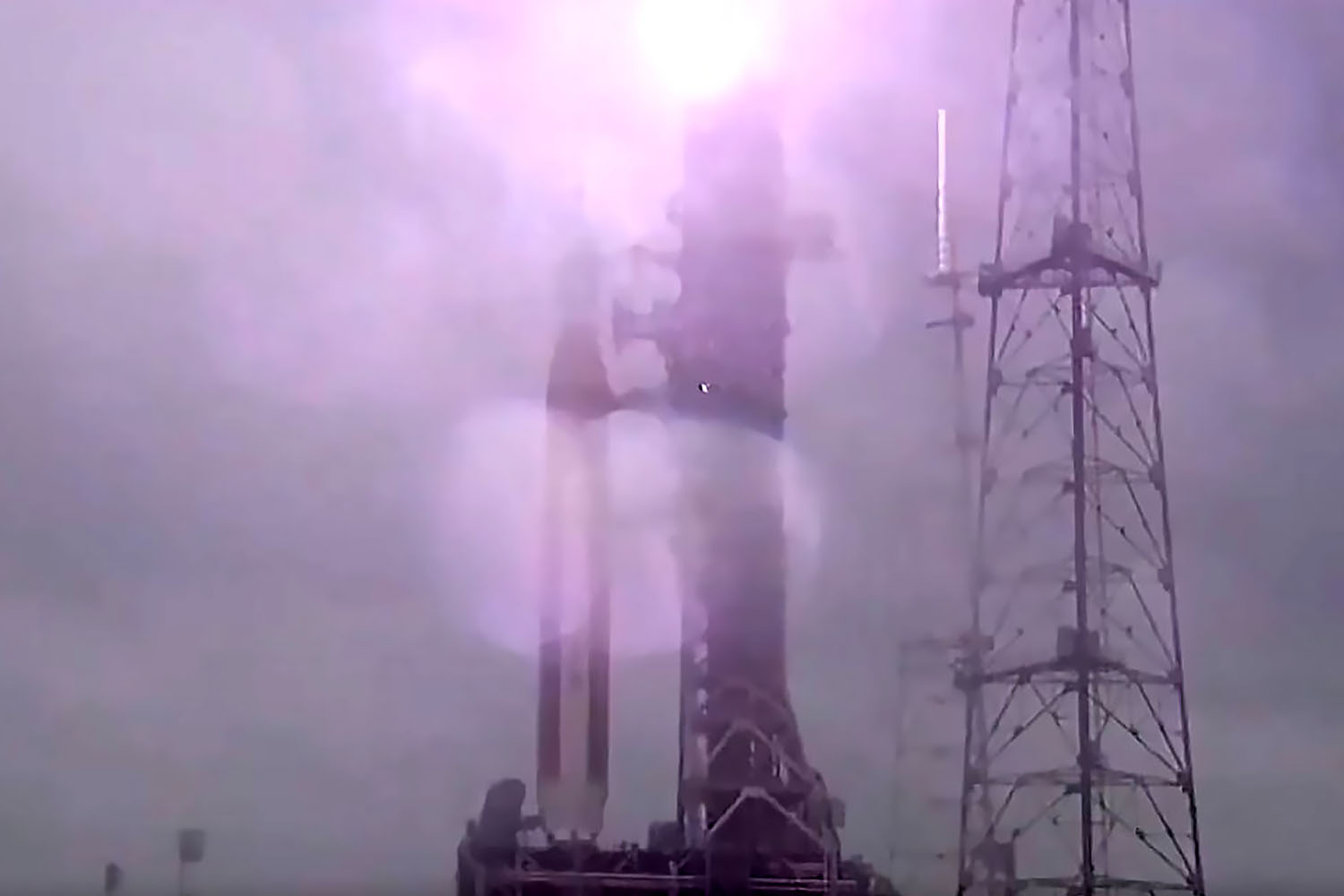 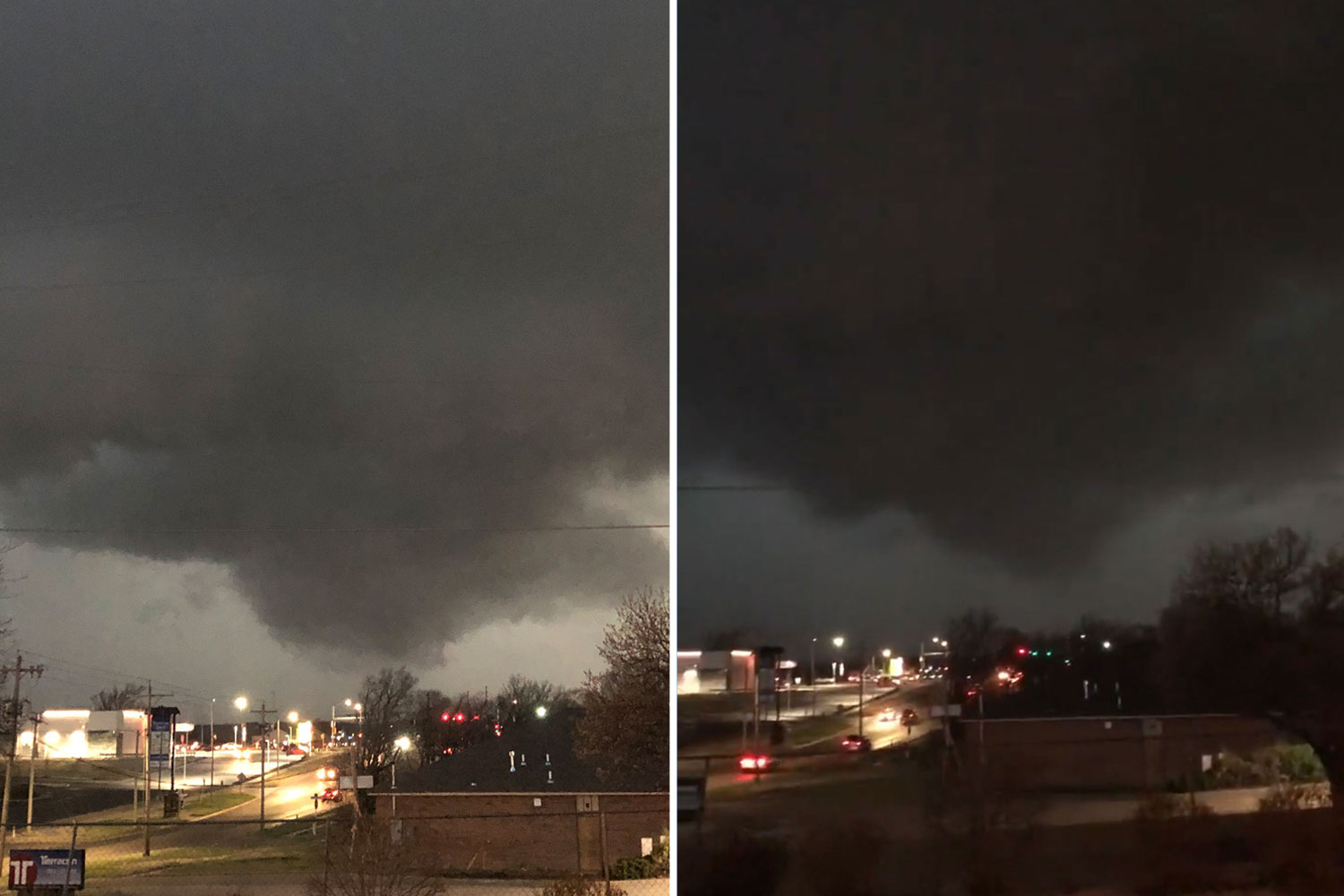 Ashley was adjusting her shoes when she was struck, and the force of the strike sent the shoes flying off her feet, according to The Daily Herald.

The force of the lightning strike temporarily knocked John unconscious.

"Well, I didn’t realize lightning had struck, I felt like I was in a dream. I woke up with my face in the mud but totally unable to move," John Moberg told Fox Weather.

PUT A BLING ON IT

The Chicagoans were transported by paramedics to an area hospital for treatment to their injuries.

"It’s like when somebody rubs their socks on the floor and gives you a static shock, but over your whole body. There was this electrical burning smell like wires got fried. Aside from that, I didn’t feel much, and I didn’t really feel anything in the moment because you’re in so much shock," Ashley said.

Ashley managed to to get the attention of a passerby, who called 911.

John suffered a broken cheekbone while Ashley suffered burns to her neck, as the electricity heated and melted a metal necklace she was wearing.

After spending a couple of days in hospital and once doctors had given the Mobergs the OK to be discharged, the pair returned to the area where the lightning had struck to see if they could recount the incident.

"I went to look for the necklace that melted off. But unfortunately, I couldn’t find it," Ashley said.

The Illinois residents were the only reported injuries from the storms and safely made it back home.

The Yankees have given the duo free tickets to a game against the Chicago White Sox in May and an autographed ball from Ashley's favorite player, Aaron Judge.

Florida averages 14.6million lightning strikes each year with many occurring during the summer storm season. 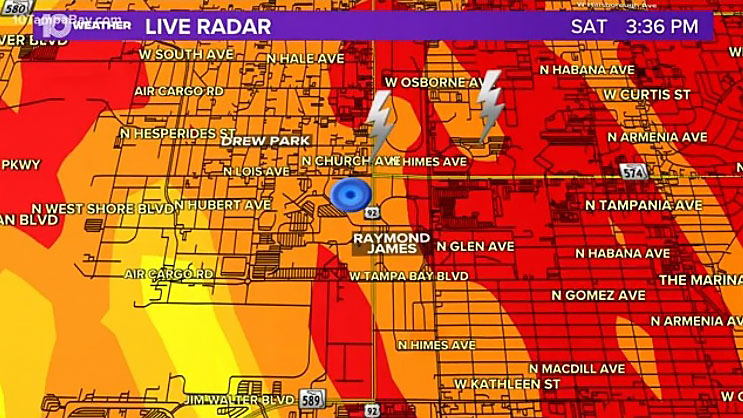 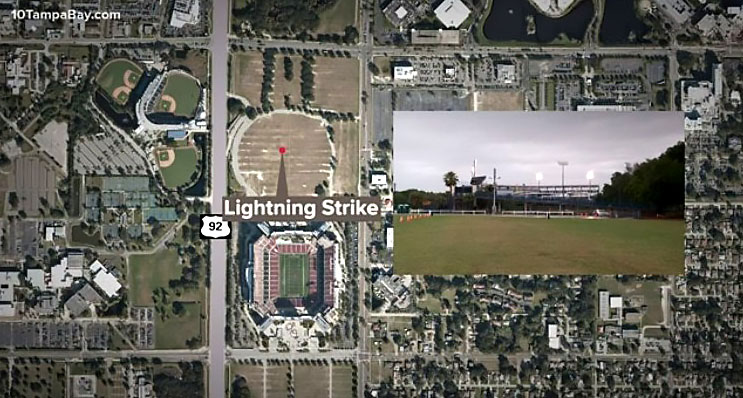