A MARINE biologist who swims with 12ft sharks says people's perception of them being bloodthirsty predators is nothing but a common myth.

Professional shark diver Kayleigh Nicole Grant, 34, who has been based in Hawaii for the last ten years says the magnificent animals are incredibly shy and wary of human contact. 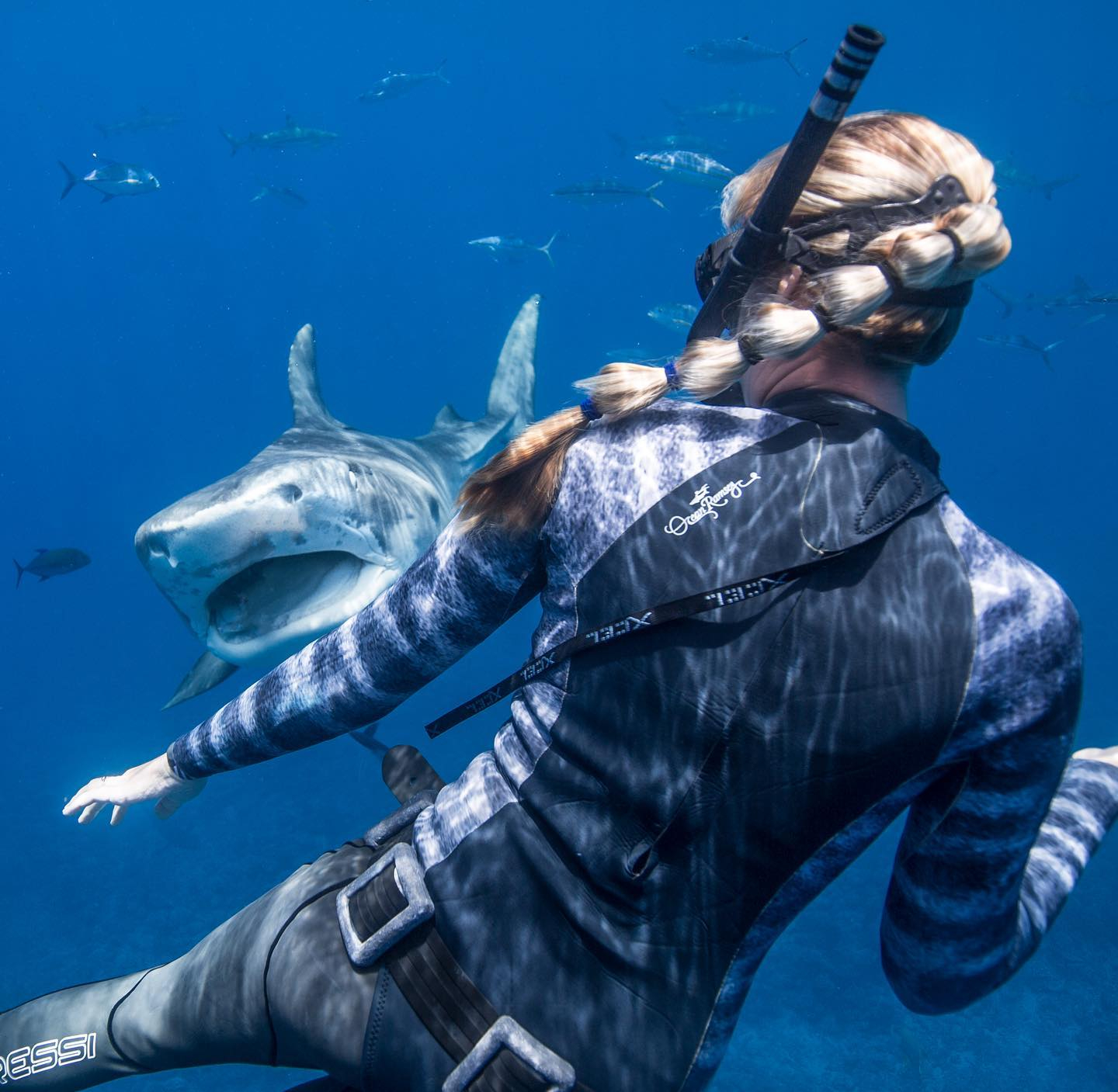 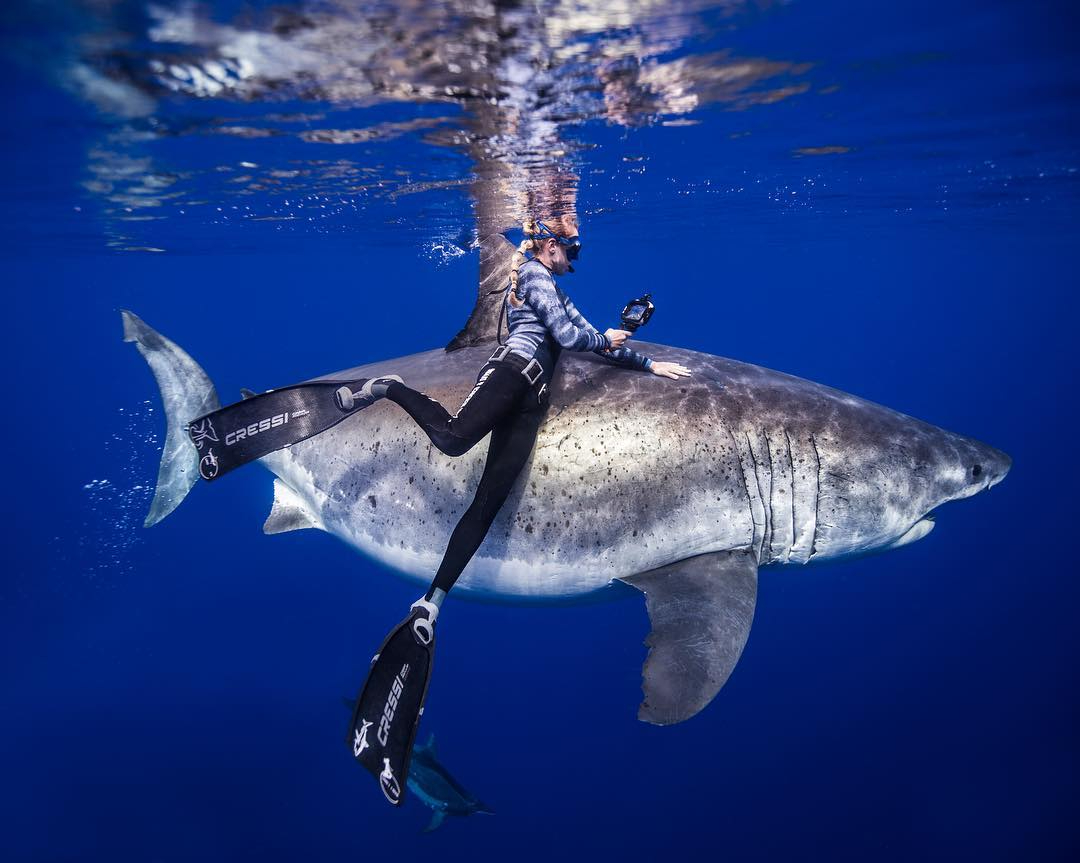 Stunning underwater shots show a calm Kayleigh getting terrifyingly close to great whites and tiger sharks who happily dance around her.

With her incredible footage, she hopes to change people's perceptions and explains how sharks attacks are still incredibly rare.

She revealed to the Sun Online how these beasts are often harmless and that reading their body language is key to staying safe.

Kayleigh said: "There is nothing quite like sharing space and coexisting with an apex predator that could cause you harm but chooses not to. 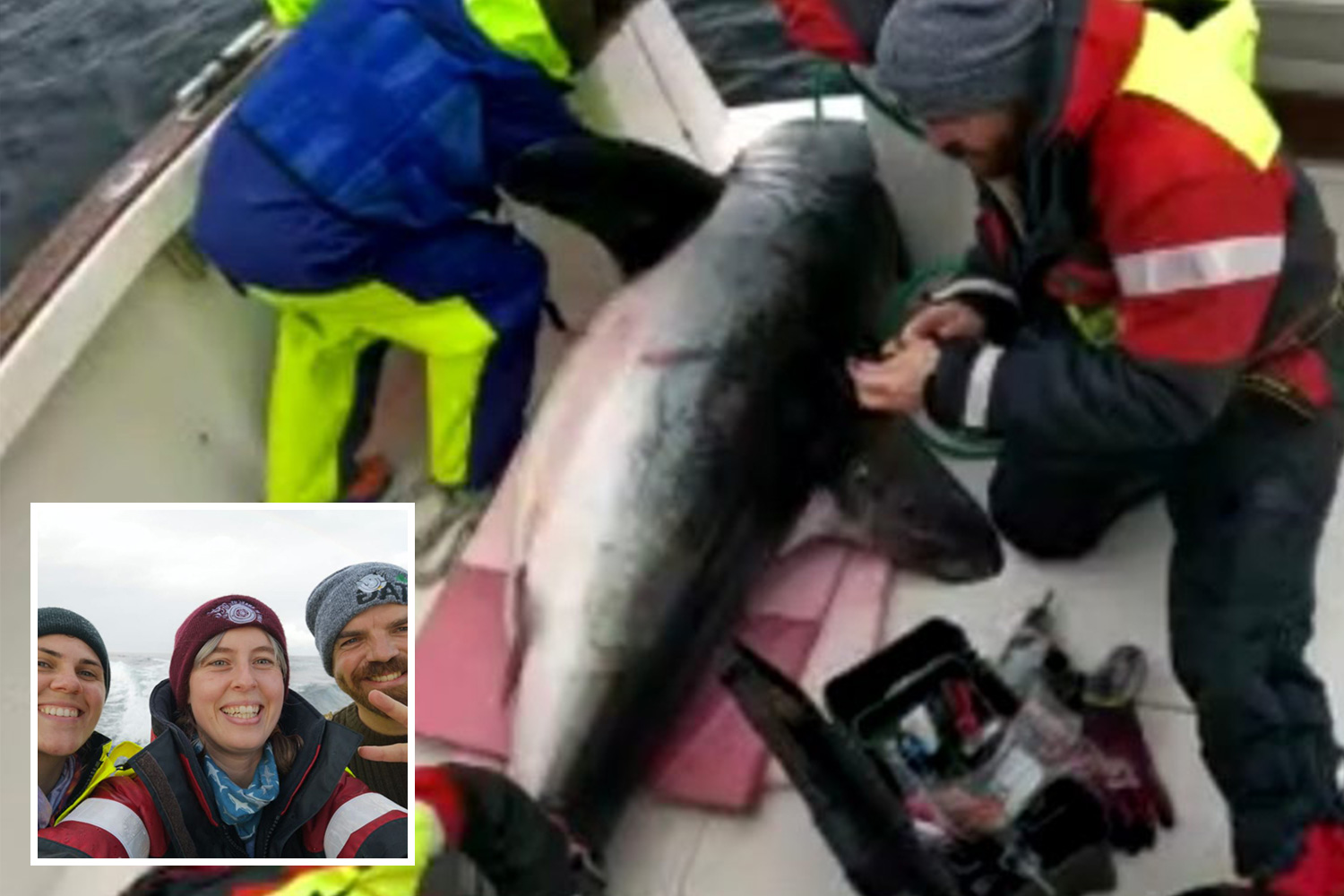 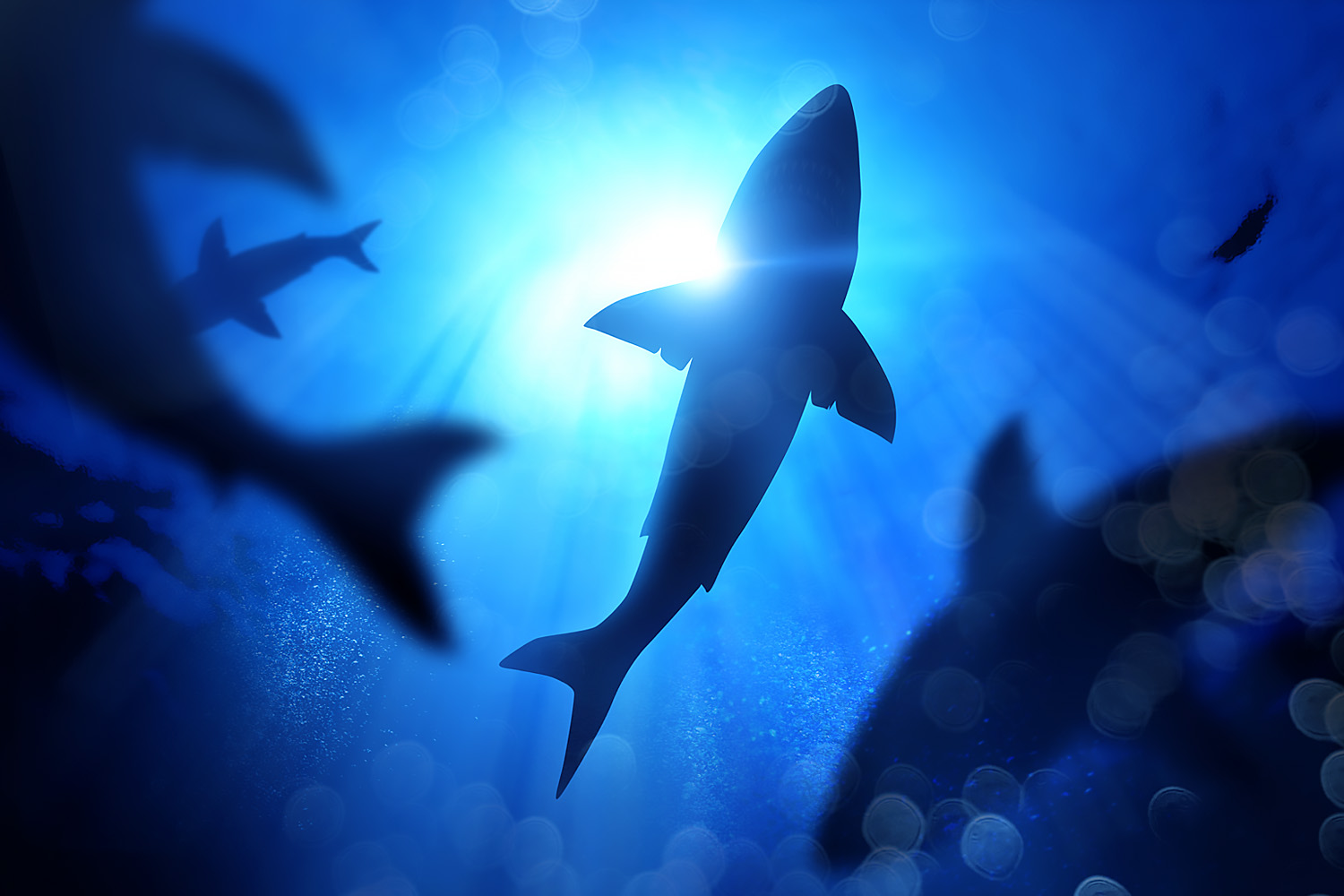 "We always aim to show their beauty but not treat them as puppies at the same time.

"…But I am also constantly humbled by them and don’t put myself near risky behavior.

"Even with the experience I have if I see their behaviour become agitated and more assertive, I will leave the water. 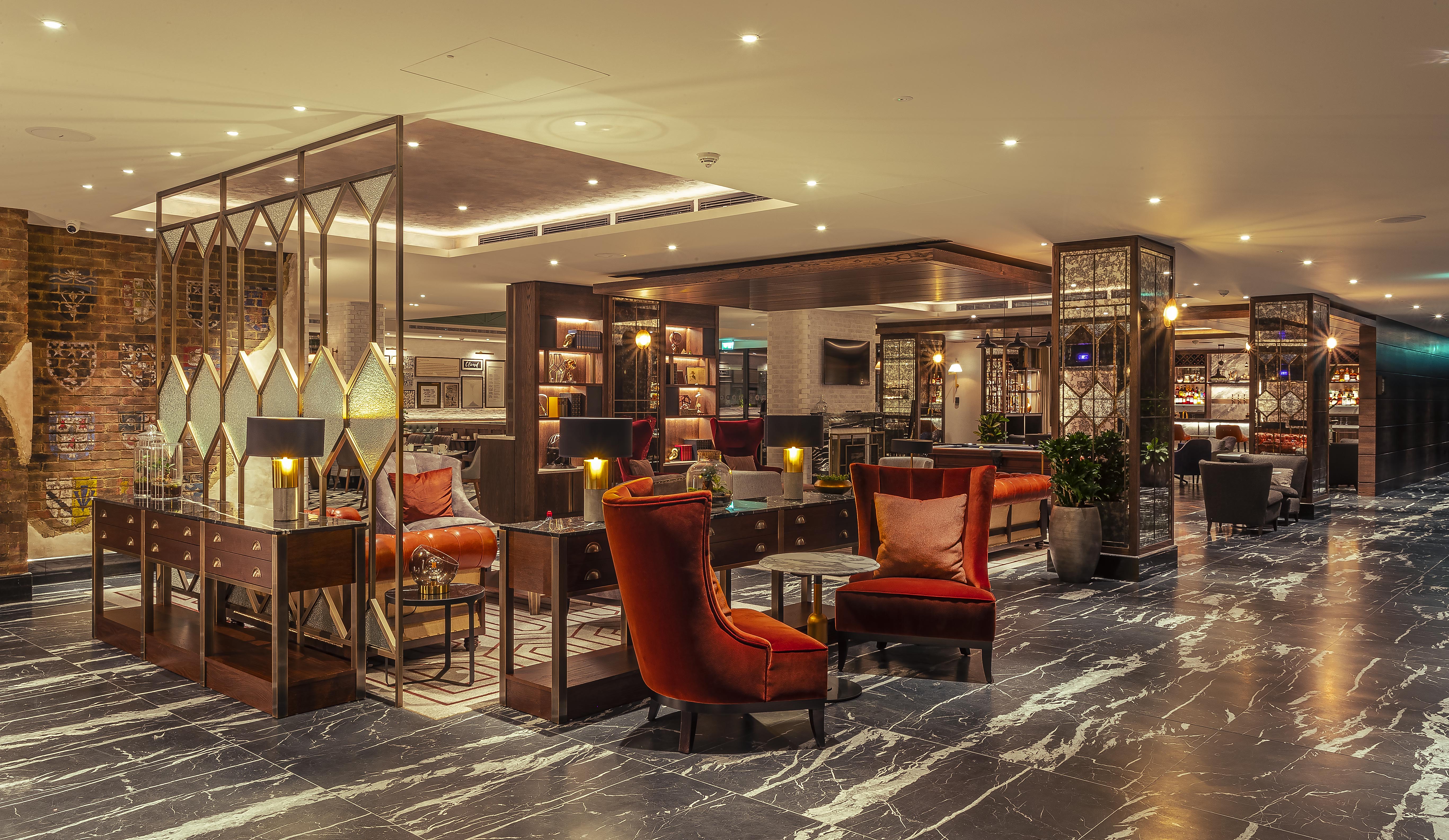 "I hope as swimming with sharks becomes more popular, other divers choose to do the same."

Shark enthusiast Kayleigh has made it her life's mission to protect the species after first getting into the water with them nine years ago.

She added: "It’s definitely thrilling and captivating to be in their presence!

"…Even with all my years of shark diving, I have never been in a situation that felt like an 'attack' or close call.

"Eye contact is very important with sharks as well as your body language and behavior in the water.

"You shouldn’t splash or draw attention to yourself. 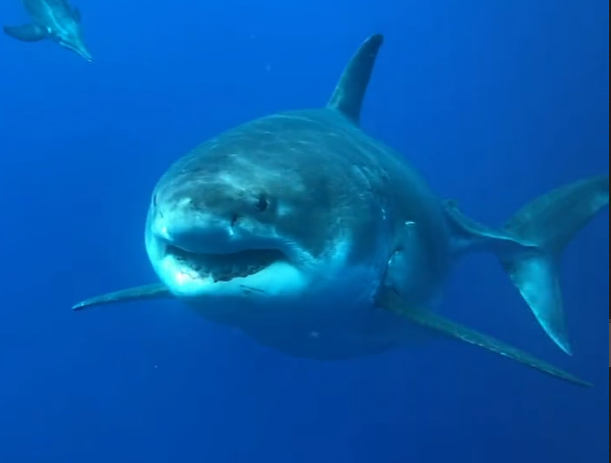 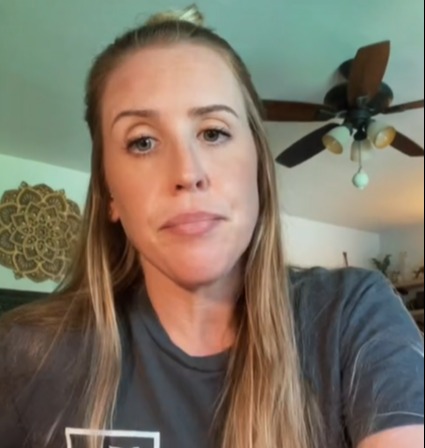 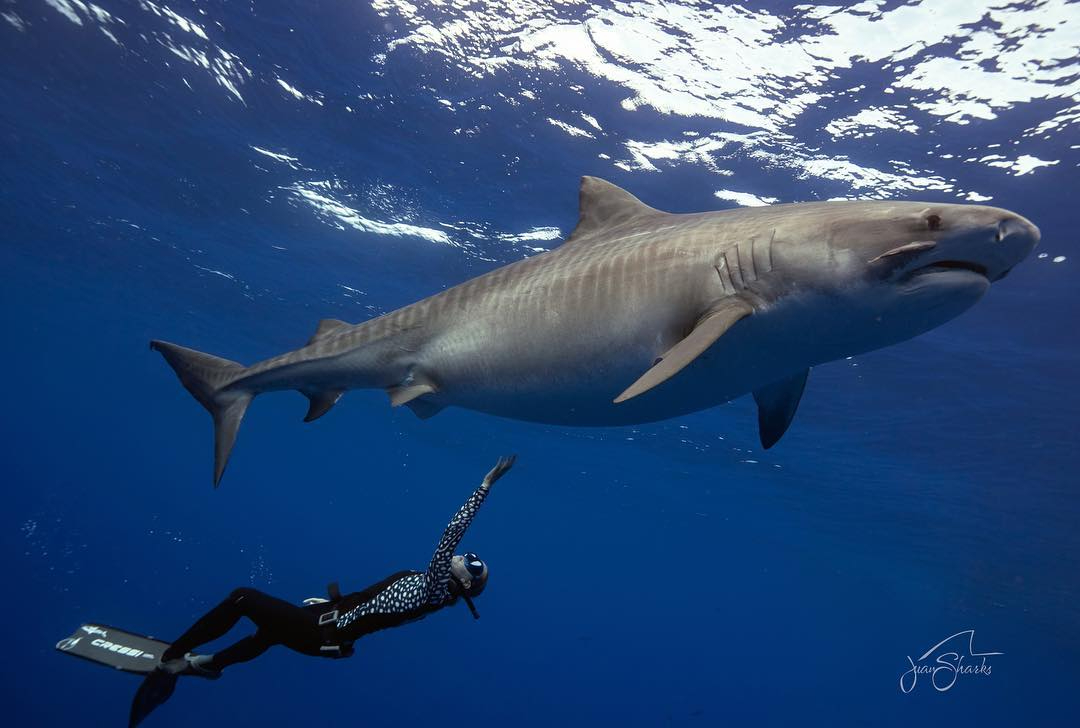 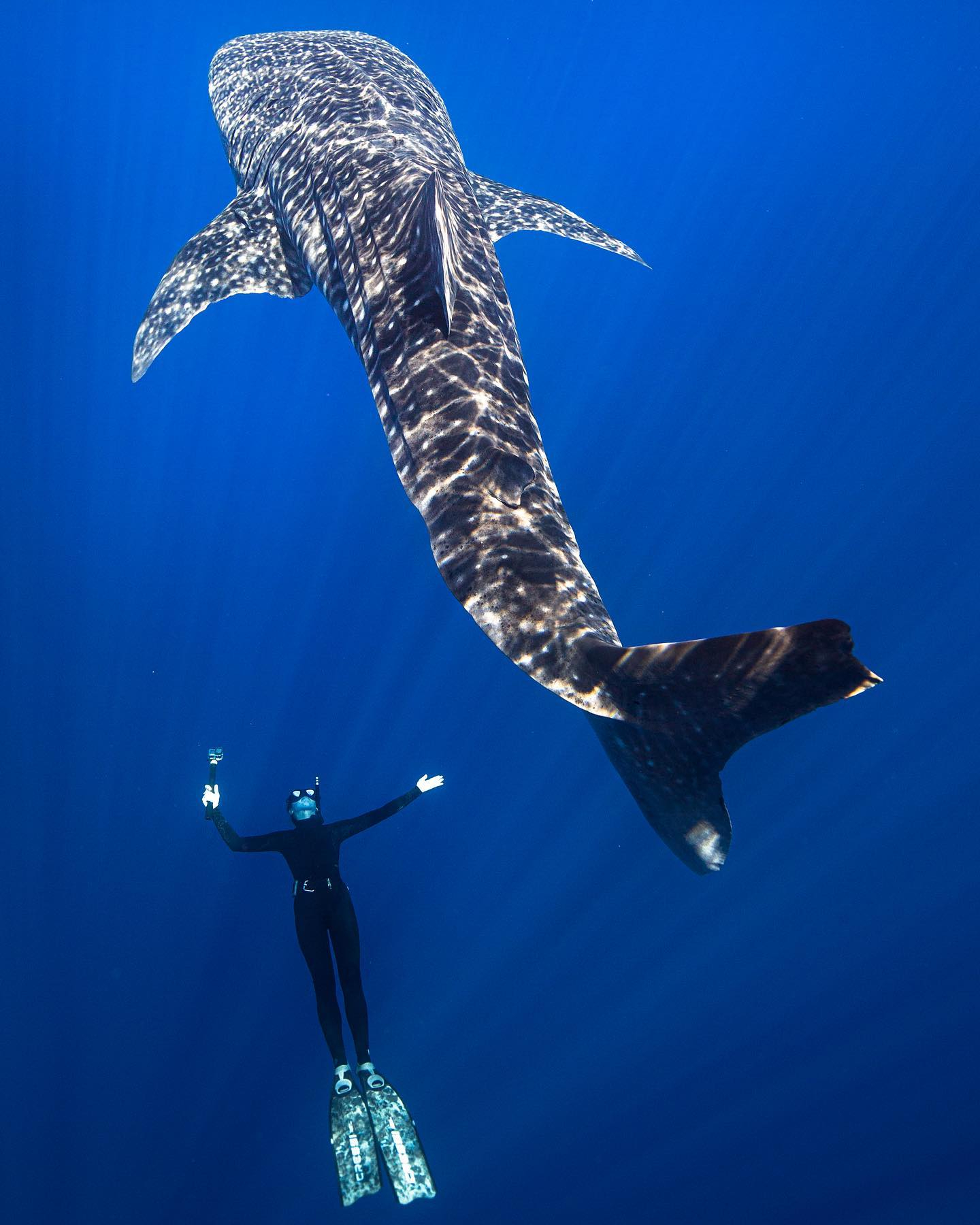 "Shark attacks are incredibly rare and not common at all.

"You’re more likely to be struck by lightning than bitten by a shark.

"…It’s actually amazing how rare it is considering how many people are in the ocean each day all around the world.

"It’s important to note that sharks have been here millions of years before us and that when entering their home we take a risk.

"They are predators after all. It’s the same as going into the den of a bear. It’s their home & we are the visitors.

"Even if that sounds scary it is how nature intended it & what keeps the ocean in balance. We rely on the ocean for survival so we should want healthy shark populations."

There is nothing quite like sharing space and coexisting with an apex predator that could cause you harm but chooses not to.

Kayleigh is also working to save sharks from the deadly shark fin trade – with around 100 million sharks killed every year.

Shark fin soup is a common dish in China, Taiwan and Southeast Asia and is often eaten as a status symbol.

She warned: "Sadly, sharks are being killed at an alarming rate for their fins & meat. For every 100 million sharks killed per year, about six to eight humans are killed by sharks every year.

"We have a responsibility not to put the sharks and their reputation at risk." 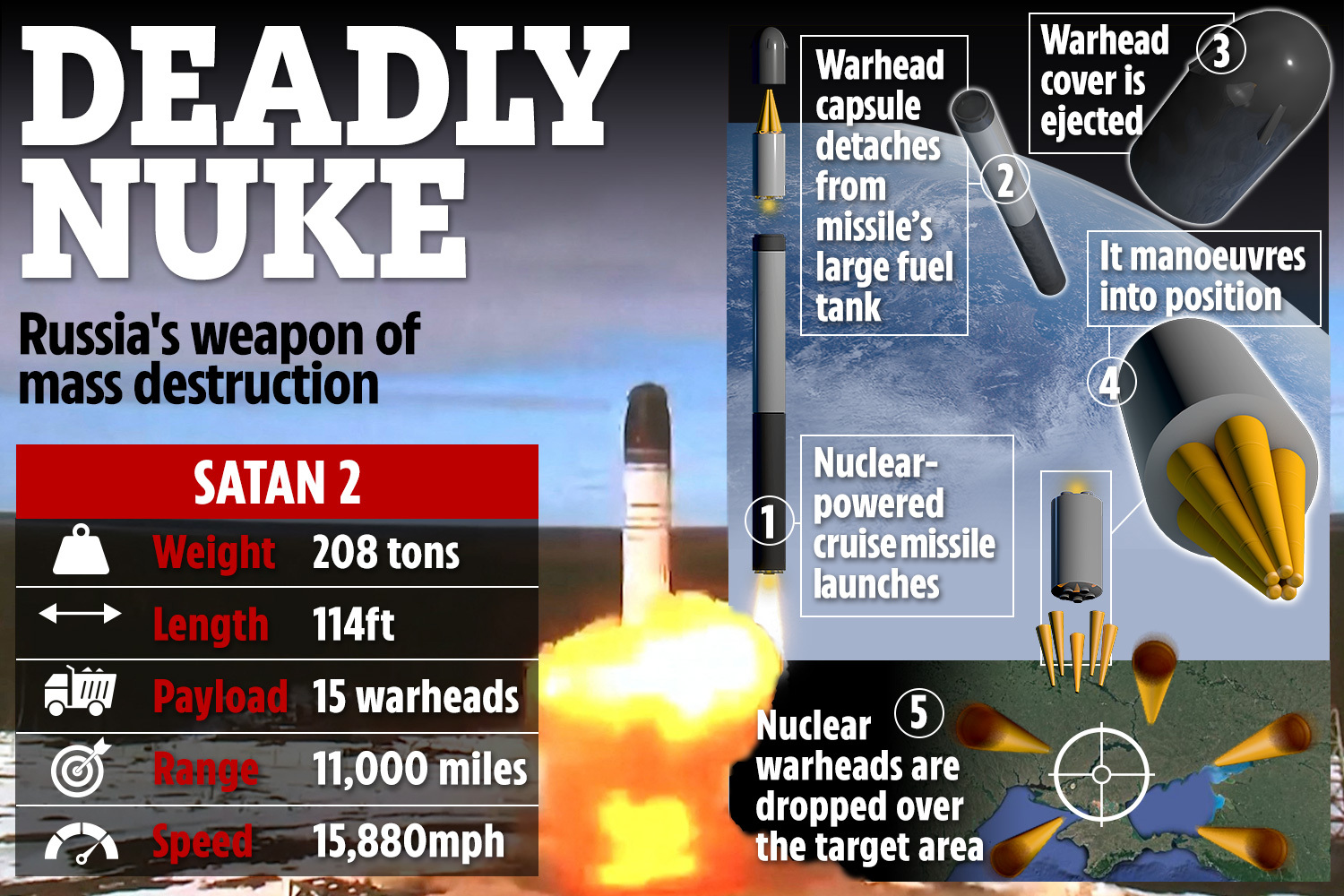 Trump raged 'what the f**k is this?' after seeing what I'd written about him

"That is a very unbalanced number."

The Sun revealed jaw-dropping pictures of a shark with a 'six pack' leaping through the water.

The huge great white shark – which weighs a scale-busting 3,000 pounds – was caught on camera flaunting ripped abs even the likes of Chris Hemsworth would be jealous of in waters off Guadalupe Island, Mexico.

One jaw-dropping snap shows the curious beast investigating a diver's cage, sticking its nose between the bars to get a better look.