A SENIOR citizen holds the record for being the most tattooed woman in the world – and she only got her first inking when she was 50 years old.

Florida resident Charlotte Guttenburg first entered the record books in 2015 when she claimed the title of the world’s most tattooed female senior citizen with 91.5 per cent of her body covered. 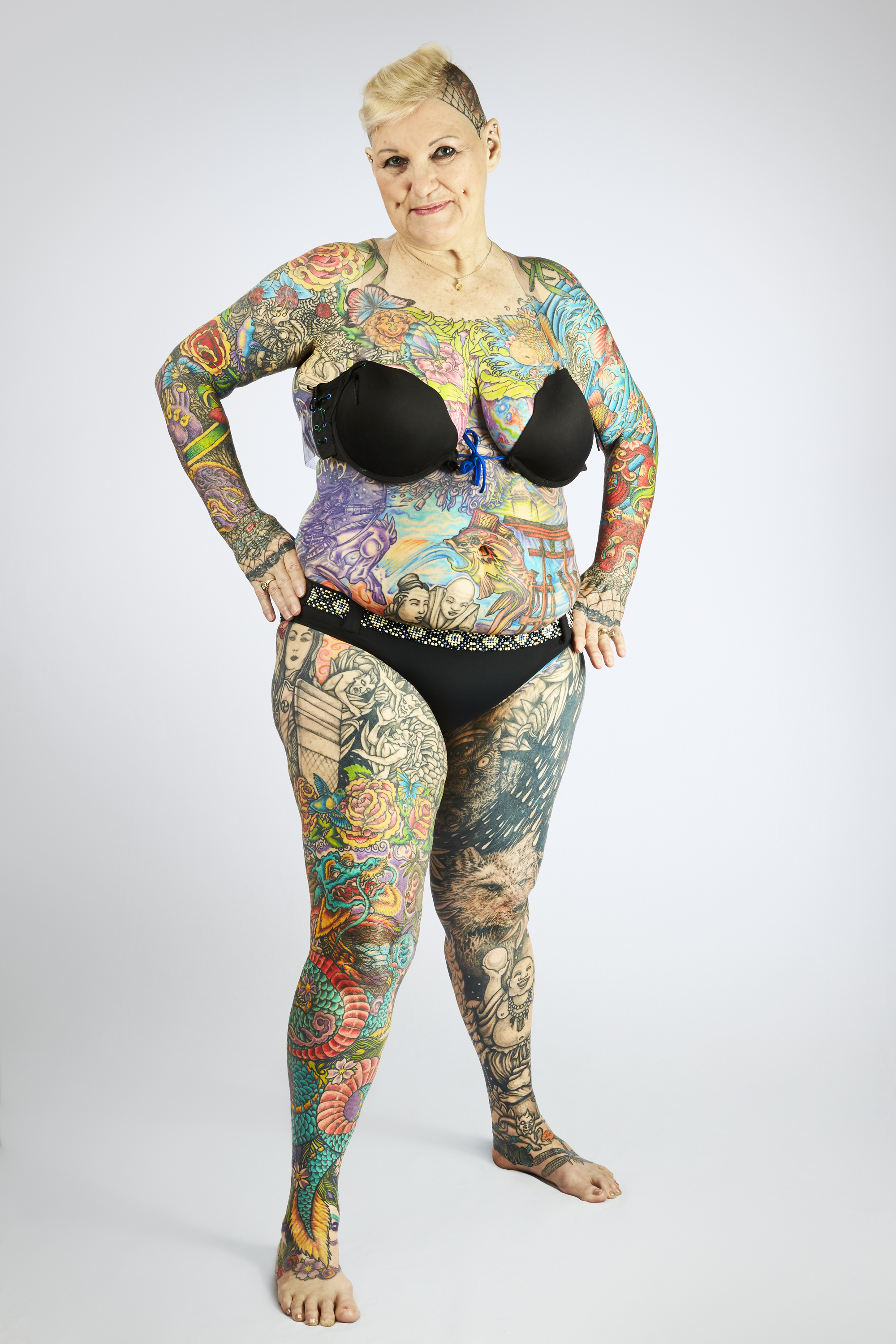 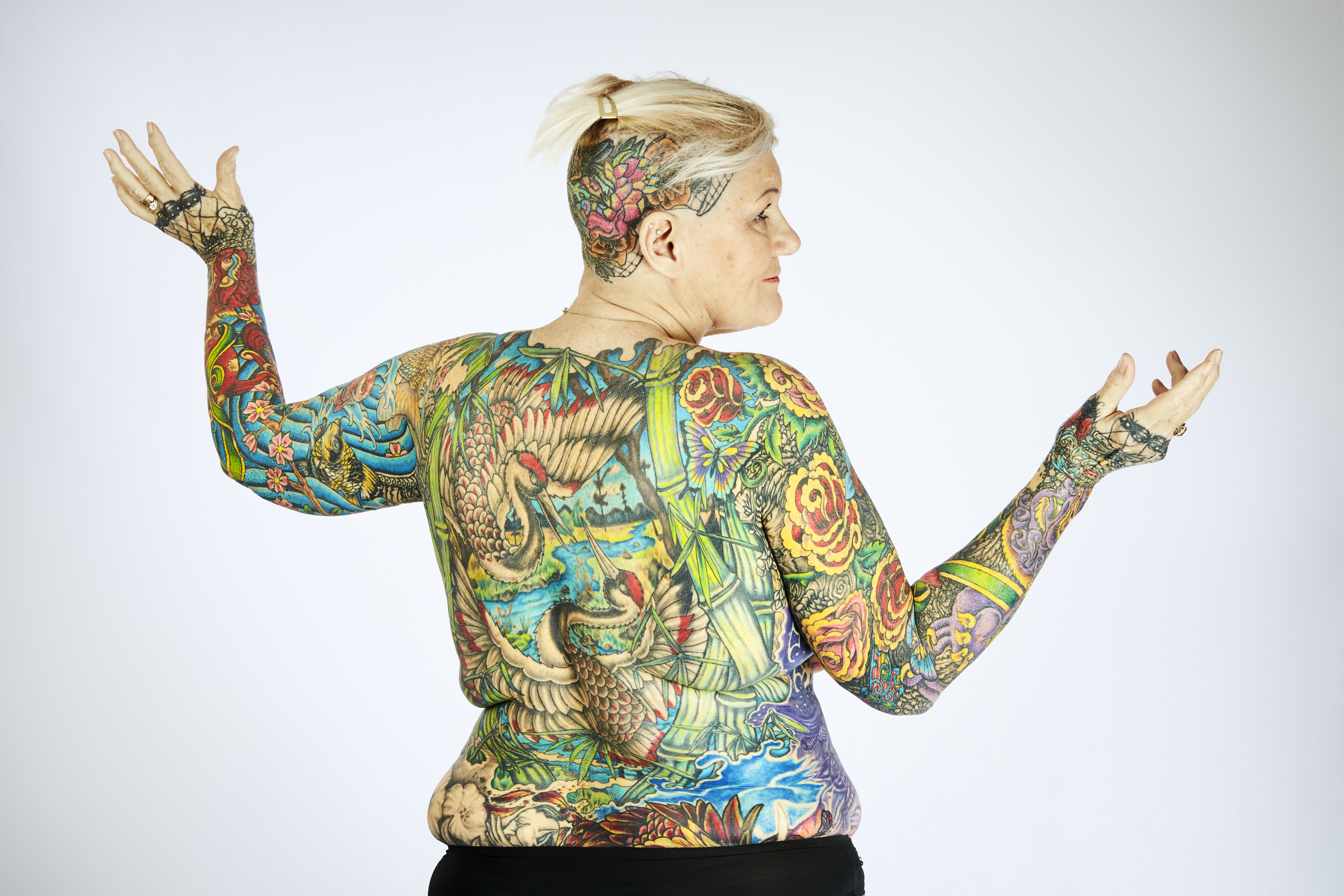 But she didn’t stop there and has continued to get more inkings over the years.

Guttenburg now has 98.75 per cent of her body covered in designs, according to the Guinness World Records.

Only her face and a small part of her hands and feet are left unmarked.

While she said she had always had an appreciation for tattoos she didn’t get her first one until she was 50.

Moment controlling thug kidnaps girlfriend by bundling her into van

Her first husband, who died many years ago, objected to her getting any tattoos even though he had a couple himself.

She got a butterfly put on her chest for her first inking.

"I knew immediately that I wanted to get a full suit," Guttenburg said in 2018, recalling her decision to get that initial tattoo.

Her amazing story though doesn’t quite end there.

Her husband is Chuck Helmke, who holds the title for the most tattooed male senior citizen in the world.

They met when Guttenburg was having a preliminary session done and Helmke offered to hold her hand, knowing how painful it was.

Together, the couple hold both the male and female titles, for most tattooed senior citizens in the world. 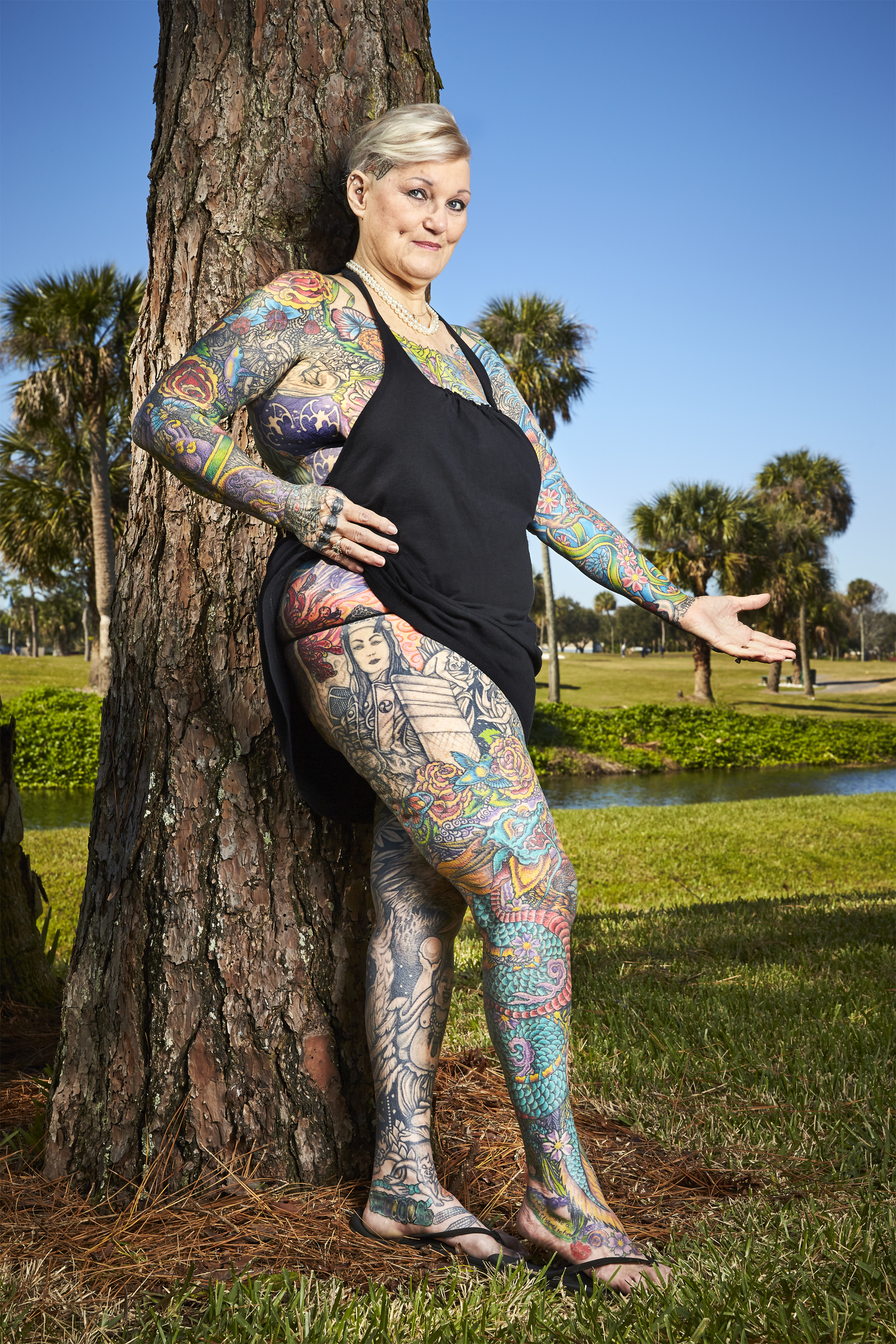 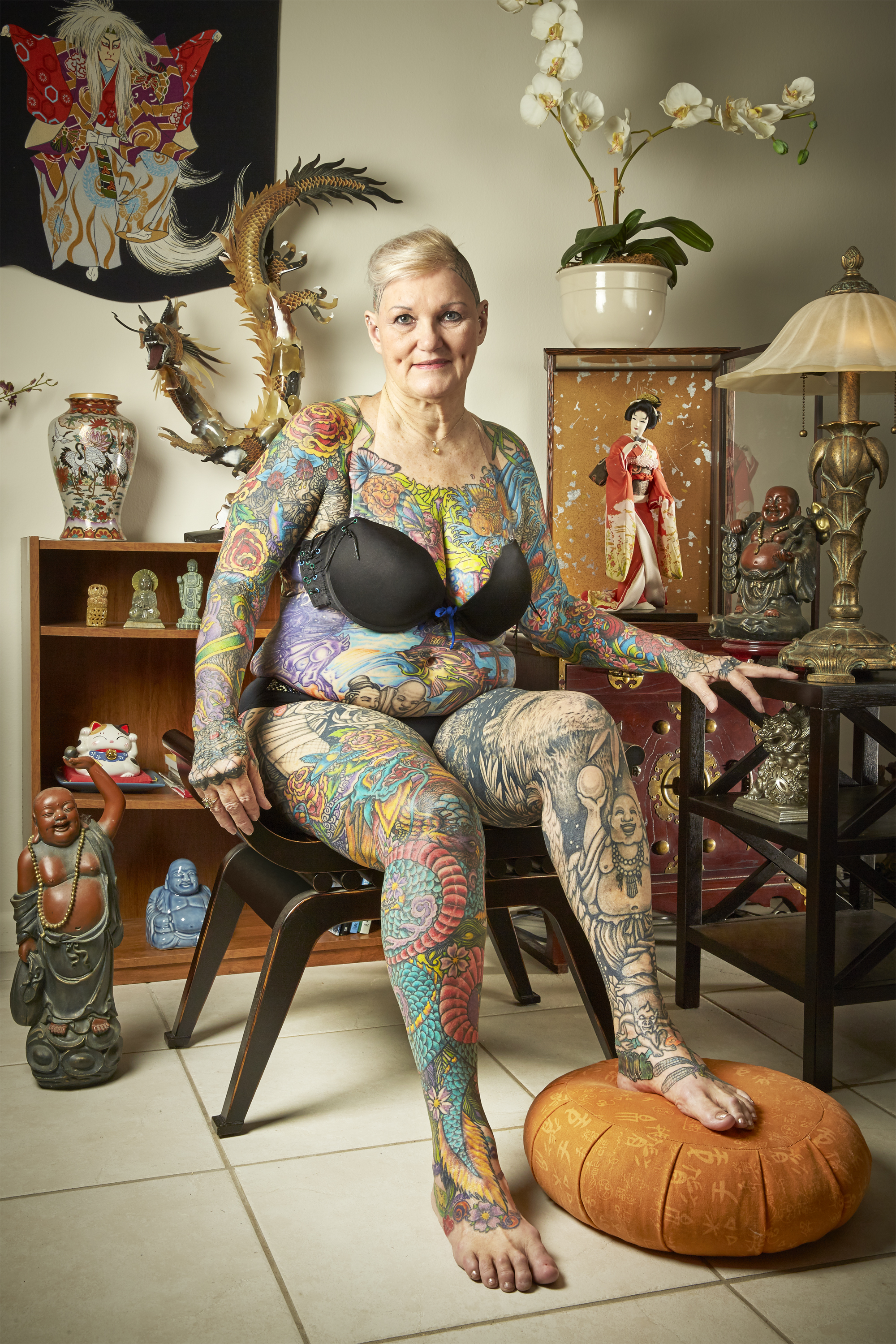 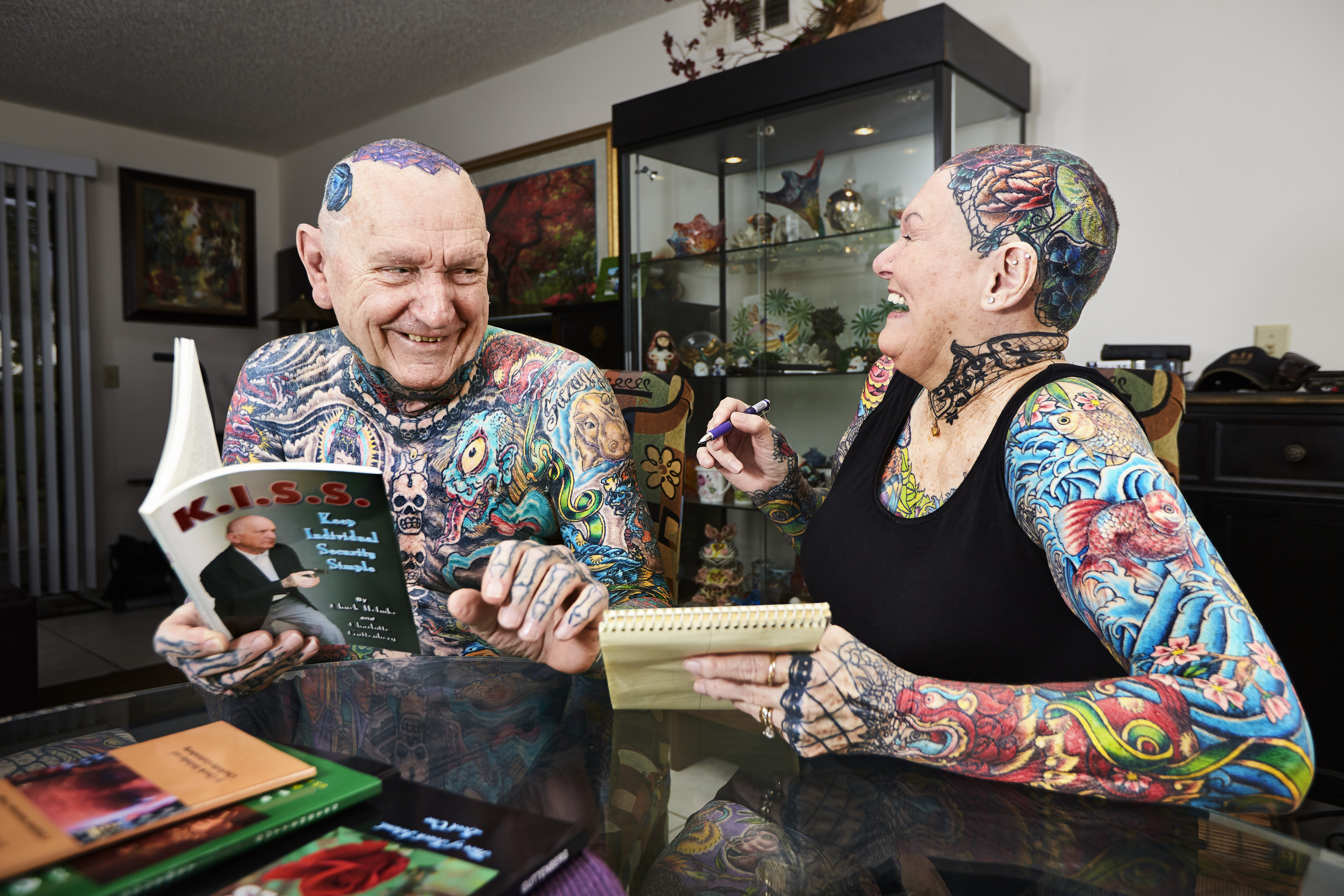