A €100MILLION superyacht paying homage to Bond girls with a stealth design and interior inspired by the film franchise has been unveiled.

The sleek and seductive 230-foot vessel has a license to thrill on the waters and was created in tribute to the stunning string of female companions the secret agent stars alongside. 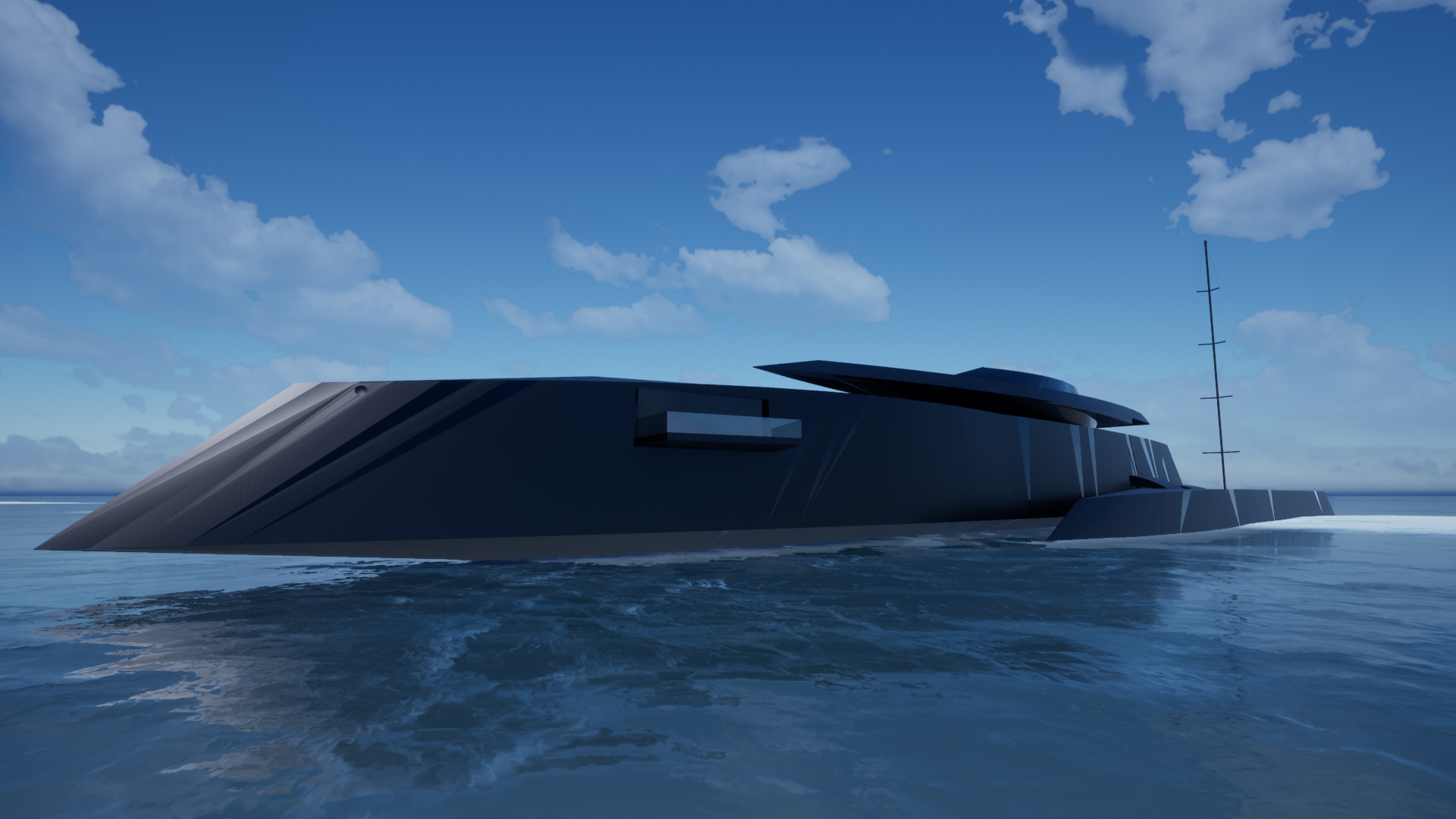 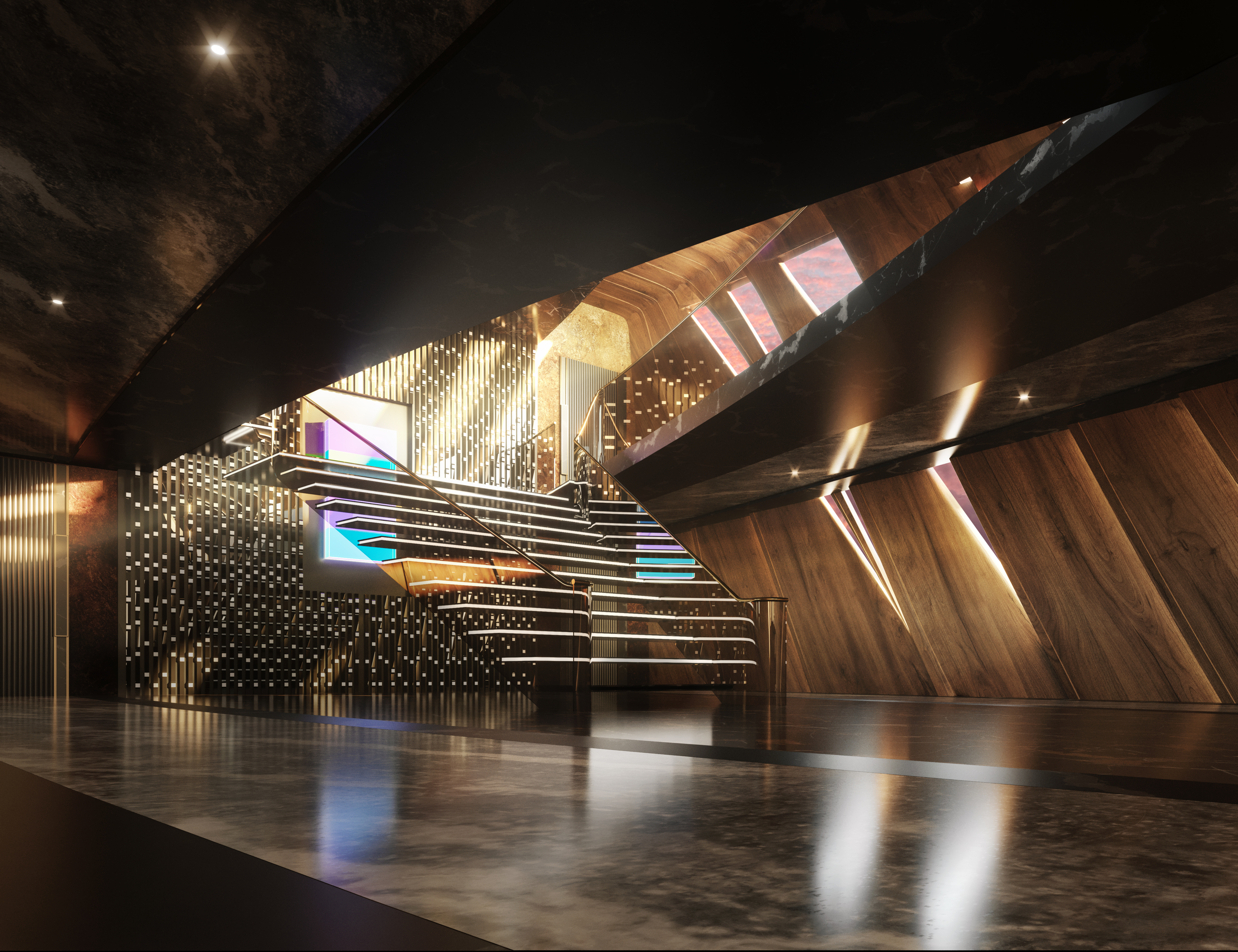 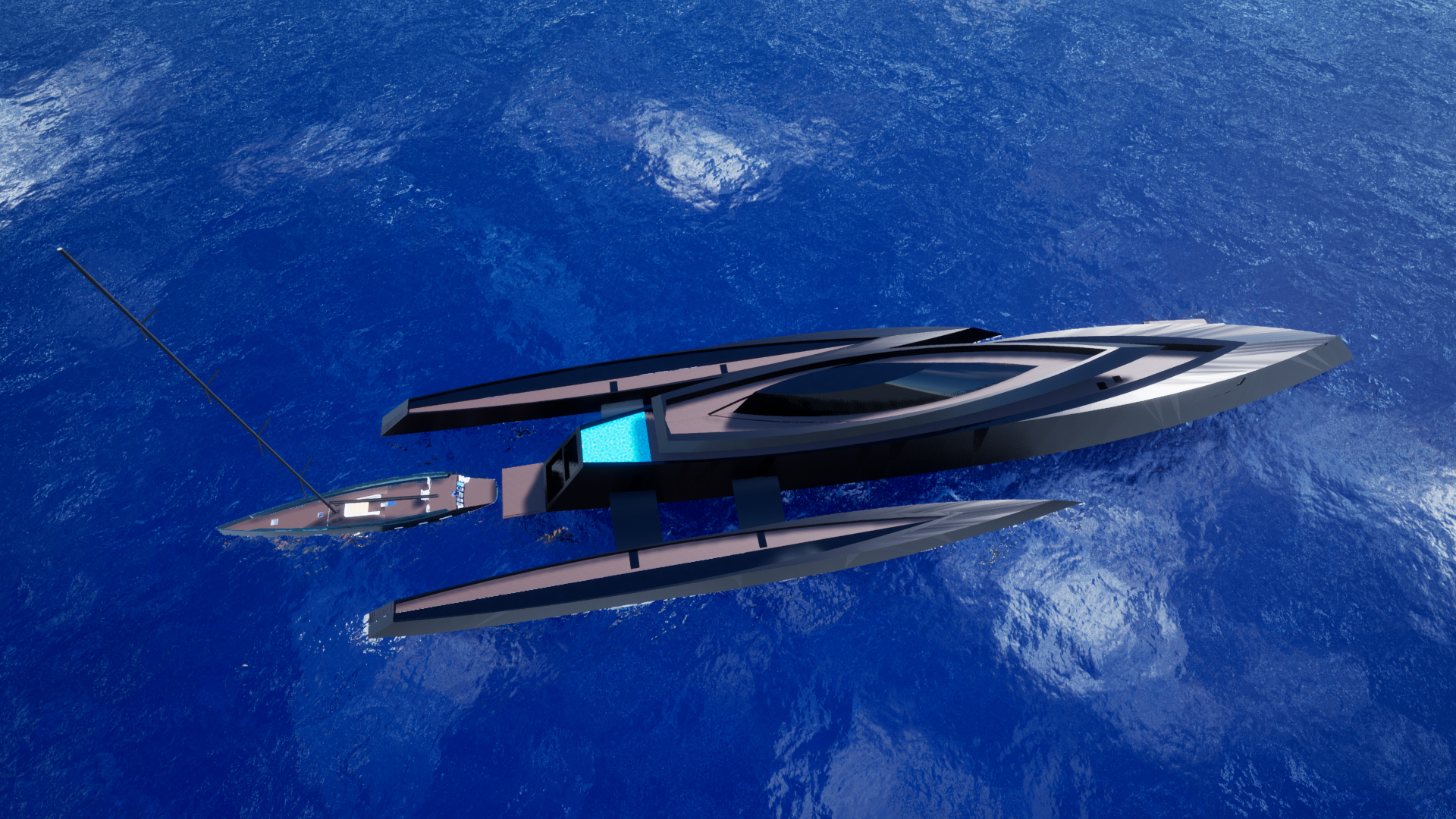 The extravagant two-floored vessel appears subdued from its exterior, whereas its interior exudes the sex appeal of Bond's famed love interests.

Designers George Lucian and Hannah Hombergen say the lavish yacht boasts "extremely powerful design lines and stealth appearance" – much like the spy himself.

The aptly named "B0nd Girl" is kitted out in mission-ready gunmetal grey and sports a controlled yet commanding structure.

Which also makes it the ideal mode of transport for a Bond villain, according to Monaco-based George.

He explained: "As always, I get inspiration from the military, stealth, aviation and space industries, and, of course for this one, the villain in the movies with spies."

The slick ship makes the master bedroom, consisting of two floors, its focal space in a nod to the spy’s seductive reputation.

A large double bed in the spacious sleeping area is overlooked by a floating balcony, with symmetry only fit for 007.

The interior design is directly inspired by the Bond films – stunningly lit and decked out in alluring dark woods, it remains cool while being covert.

There is further living space for other yacht-goers on its two outer elements where its engines are based.

The designers painstakingly planned its structure in order to prevent vibrations and noises at sea from penetrating the master bedroom.

The innovative pair came up with the extraordinary yacht concept after exploring yachting trends which seem to be focusing on the multihulls anatomy.

The two hulls make it stable and could comfortably dock a chase vessel, while the main hull offers all the amenities.

It would cost approximately €100million to produce – the kind of money only supervillains or the uber-rich could splash.

But George insisted it doesn't matter who's side your on – because everybody will adore this superyacht.

"Whether you are the good guy or the villain, this superyacht will perfectly fit for your next mission," he added.

It seems movie-inspired yachts have become all the range, as a Russian billionaire-owned vessel worth £33m with an onboard theatre, pool and gym cruised into UK waters earlier this year.

Another luxury superyacht – the Estrella – has been designed to look just like a Star Wars spaceship, with the designer a fan of the franchise.

This month, an Italian design studio unveiled a superyacht designed for billionaires with a 200ft gaping hole of empty space inside.

The vessel, named Shape, boasts plans for a glass-bottom infinity pool, a helipad and its own beach club.

We've rounded up some of the other stunning superyachts in the world. 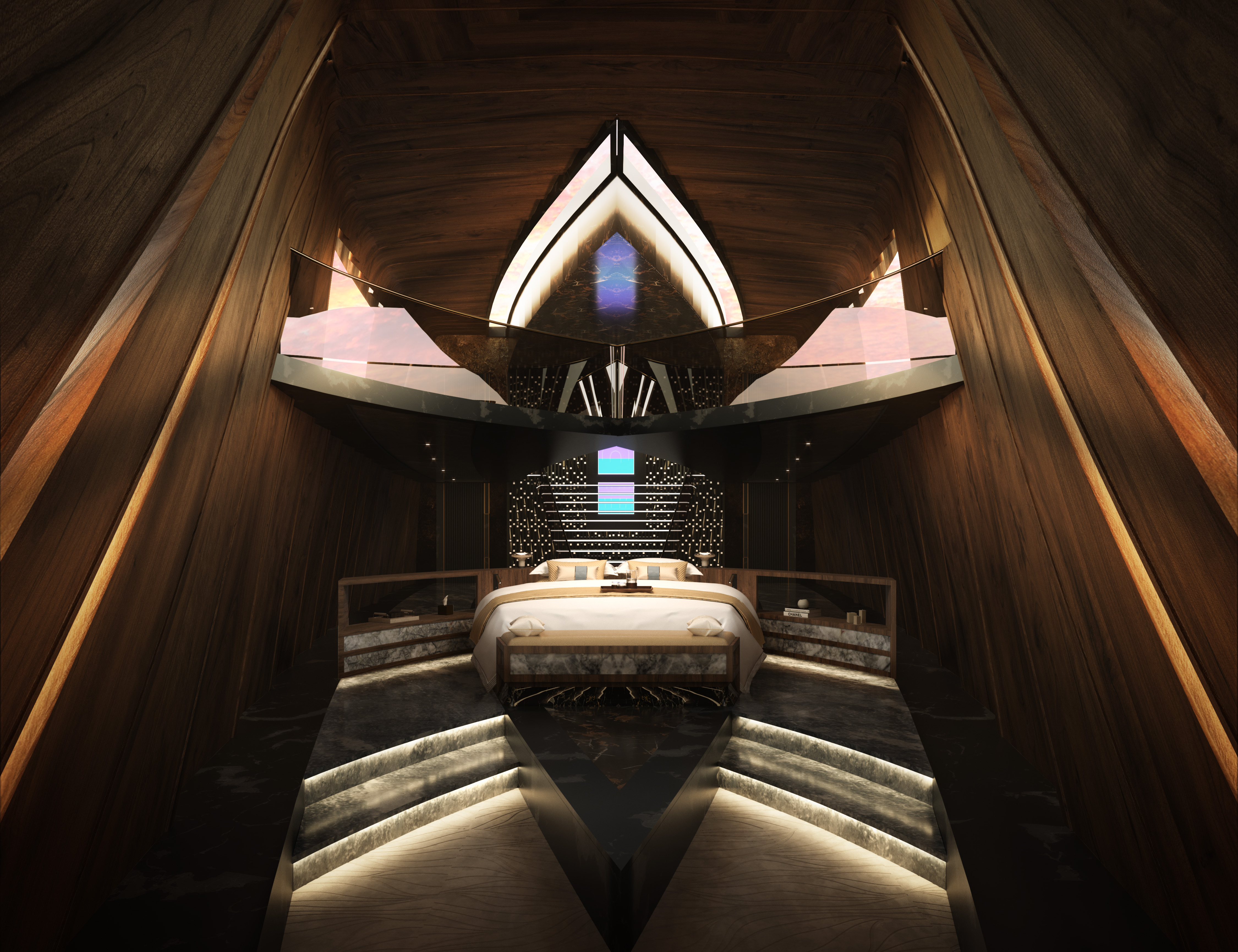 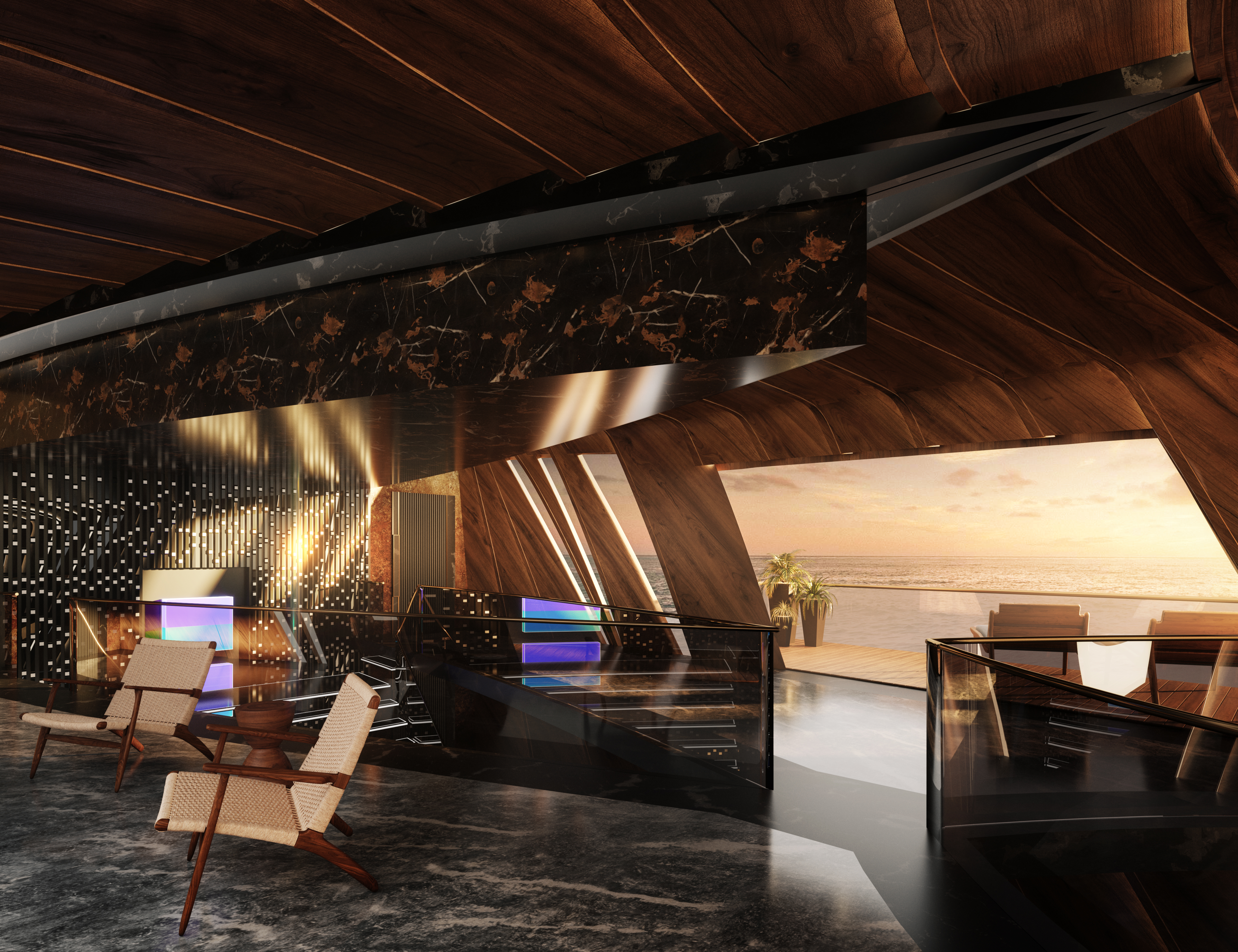