THESE breathtaking images capture the rare moment a powerful killer whale punted an unlucky seal metres into the air using its tail.

Captain Andrew Lees was leading a tour of Five Star Whale Watching just past Sidney Island, British Columbia, Canada, on Sunday when he spotted a male Bigg's orca swimming through the waters. 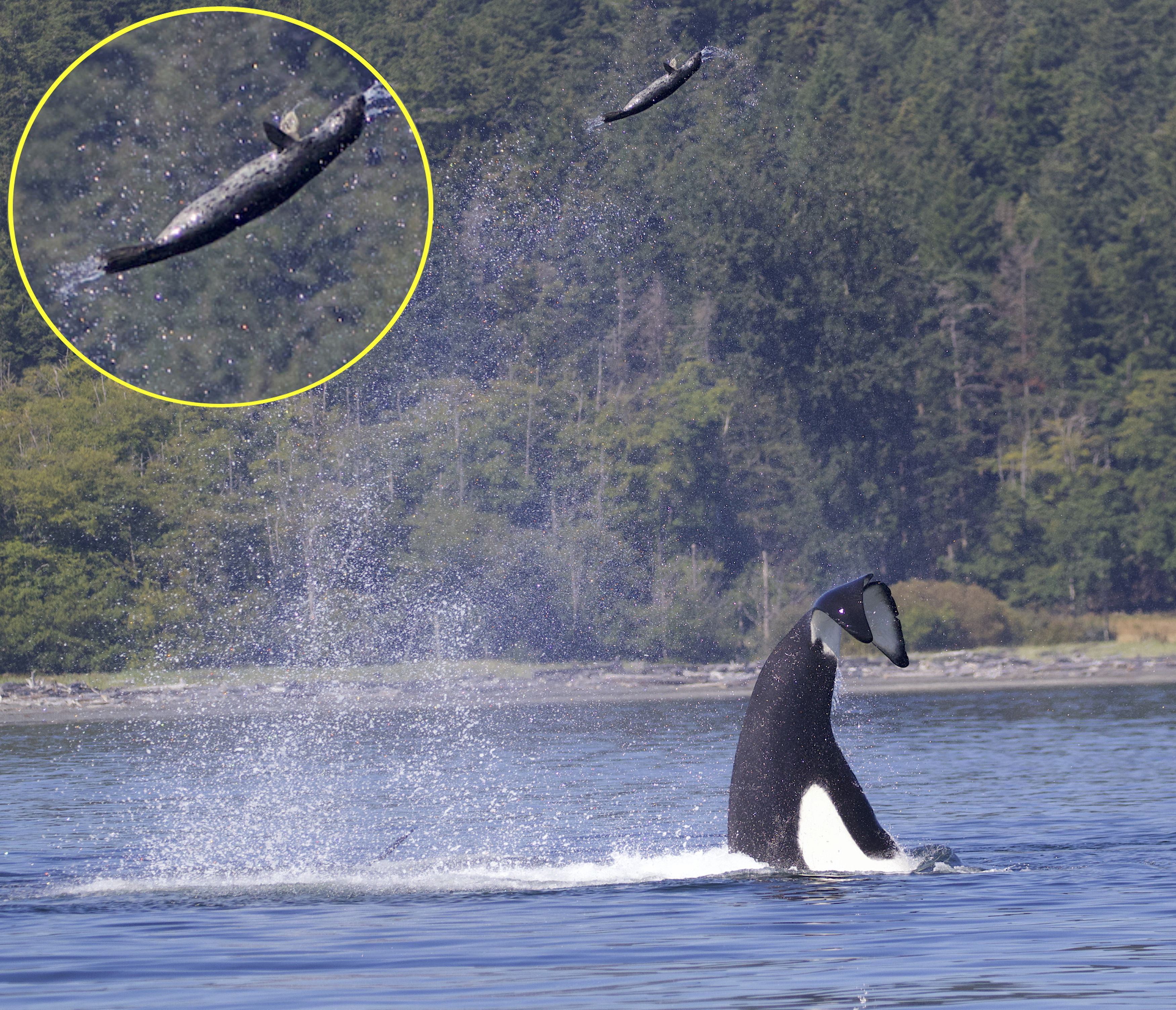 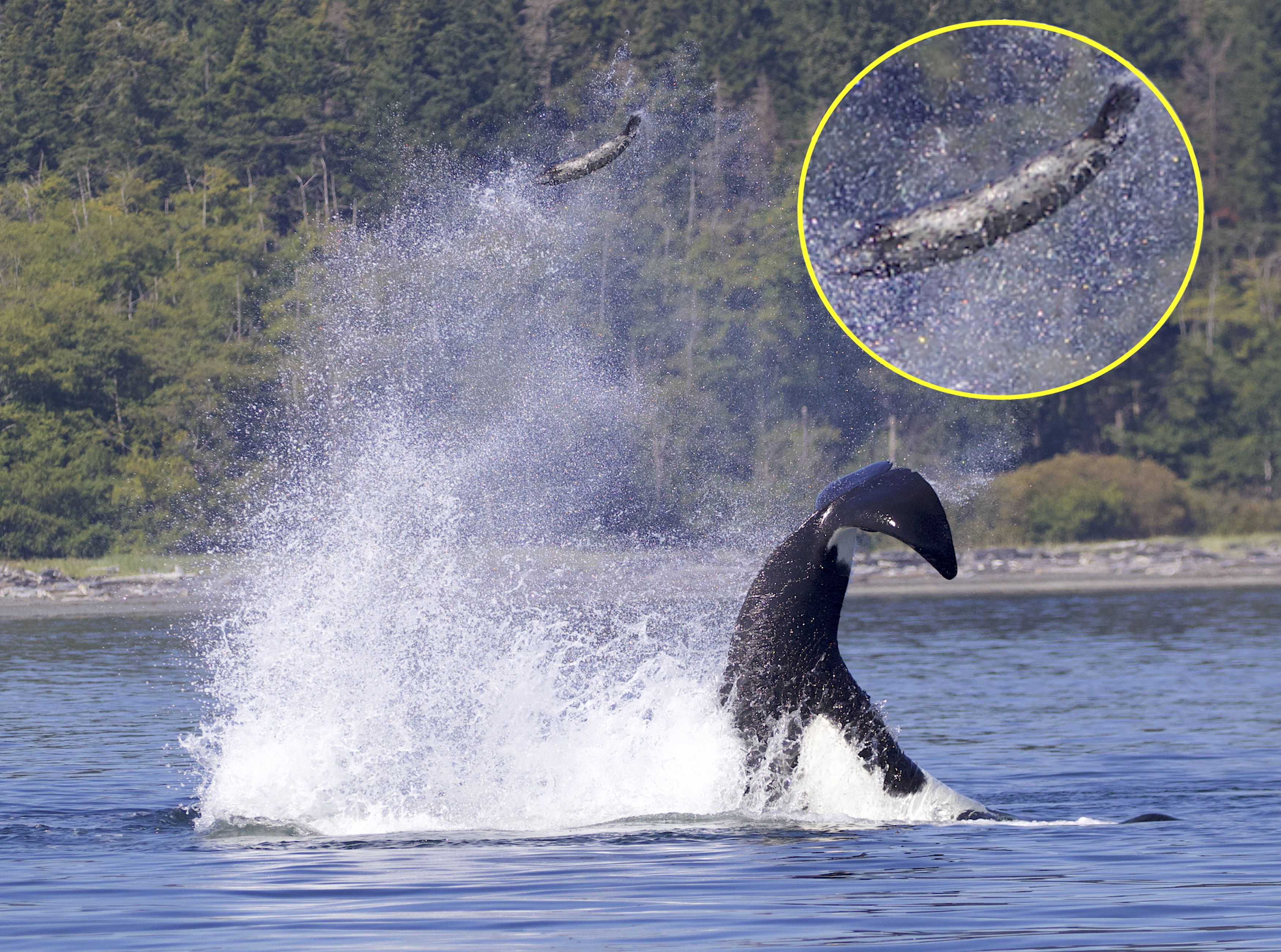 The 51-year-old, originally from Rochdale, Greater Manchester, watched closely as the young male flicked its tail through the kelp strewn waters before it flipped upside down.

Suddenly, with one powerful snap of his fluke, an unfortunate harbour seal was flung out of the surface of the Haro Strait.

Astonished, Andrew – who has owned Five Star since 2017 – watched the mammal soar metres into the air before crashing back to the water below before the son and his mum took it underwater to feed.

Andrew had no idea he had managed to capture the moment on camera until he returned home as he had been snapping away while steering his ship.

Andrew said: "It was truly breathtaking. Everyone on board was astonished by what we'd seen, including myself.

"Never have I captured something like this on camera before. I have been involved in whale watching since 2005 but have seen an orca do this to a seal or porpoise only a handful of times.

"It's not often we see them doing it with the tail like that. It happens but that's definitely one of those rarer activities we see out there.

"It was an unbelievable sight and showed the power and skill of these apex predators.

"The son and mum had been hunting seals near the rocks and kelp so we stopped.

Then we noticed he turned upside down and all of a sudden I saw the tail fly up and I saw the seal mid-air.

"It was the height that the seal caught that particular day and the way the male had gone on his back to do it, which really struck me." 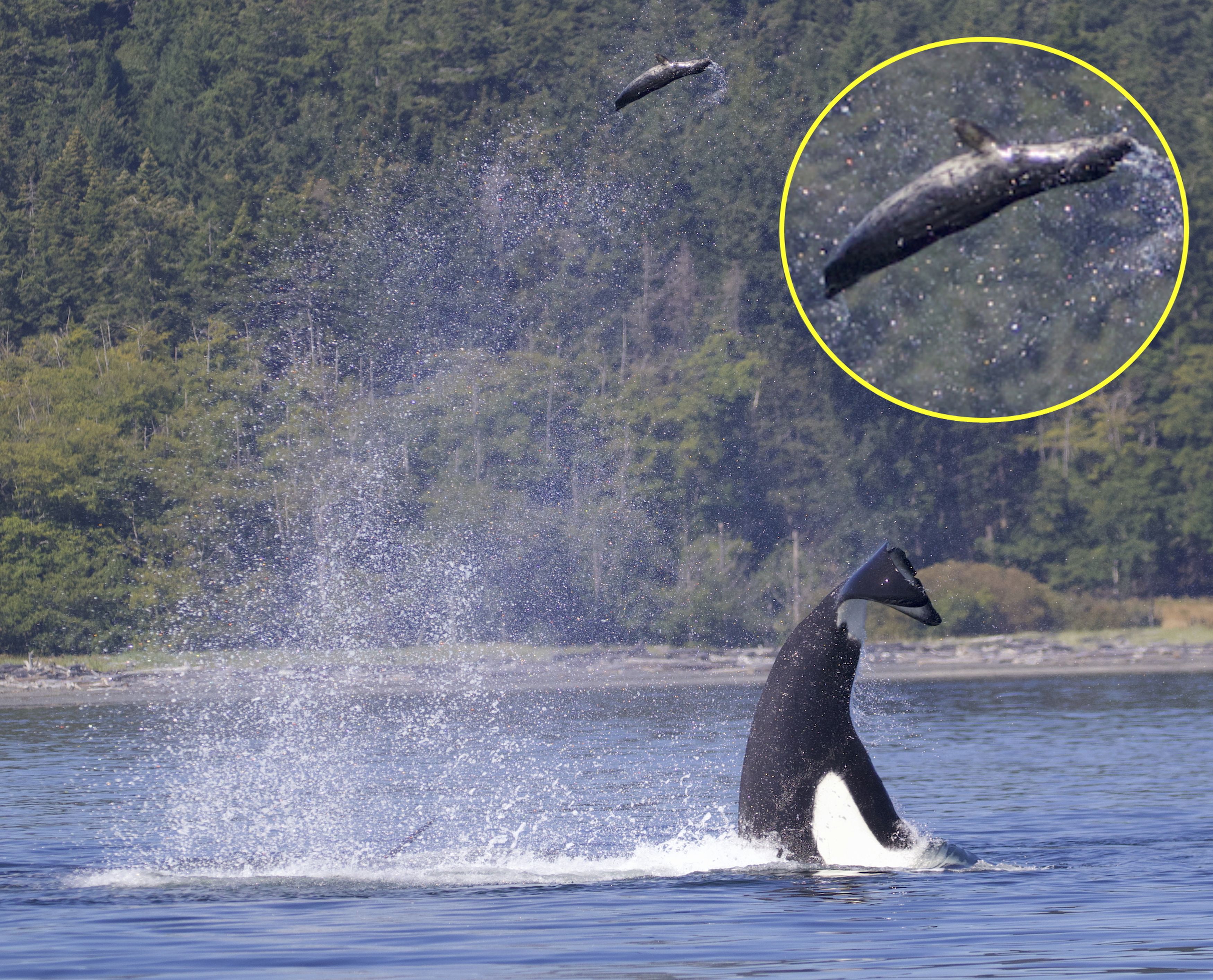 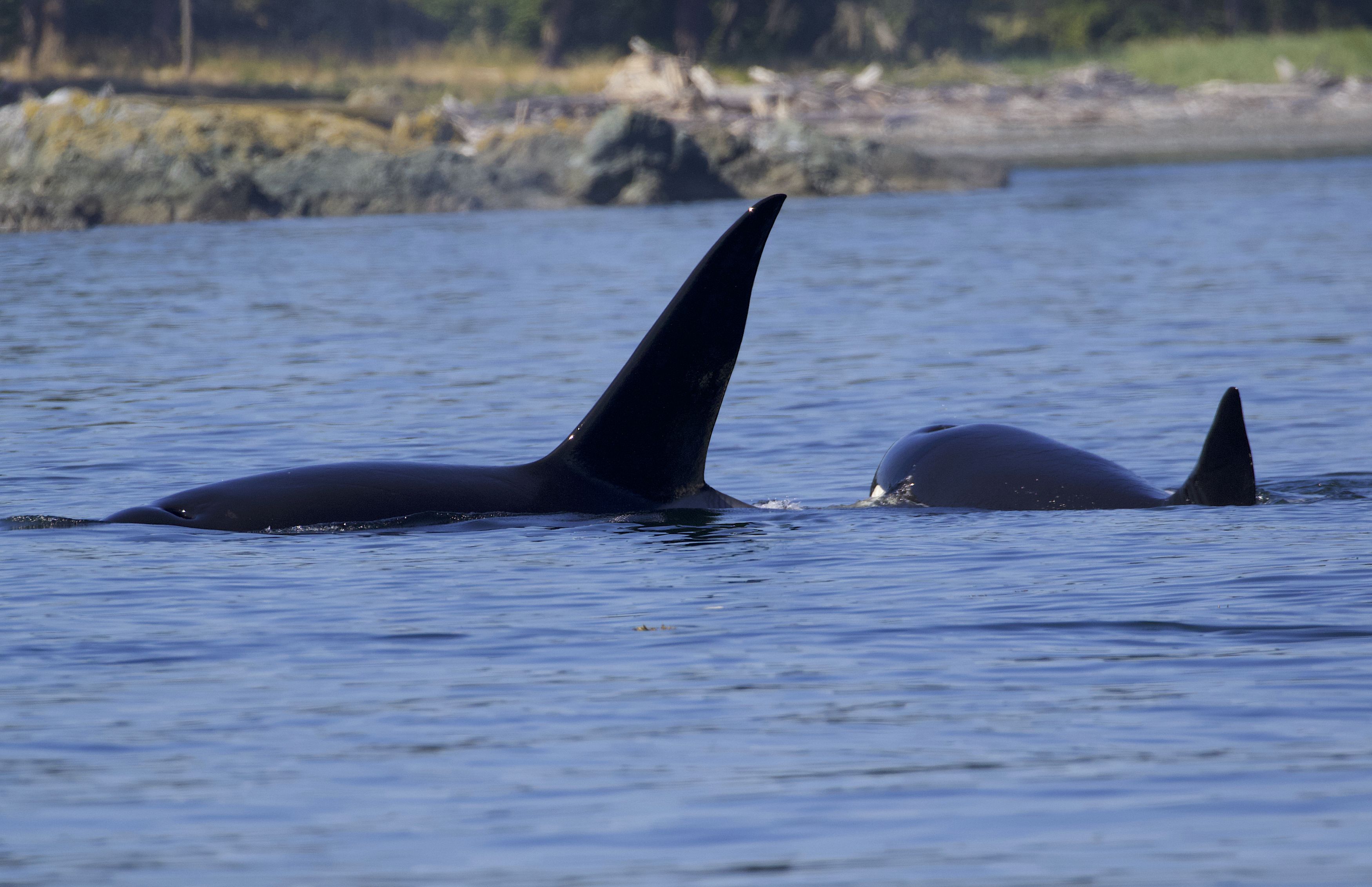 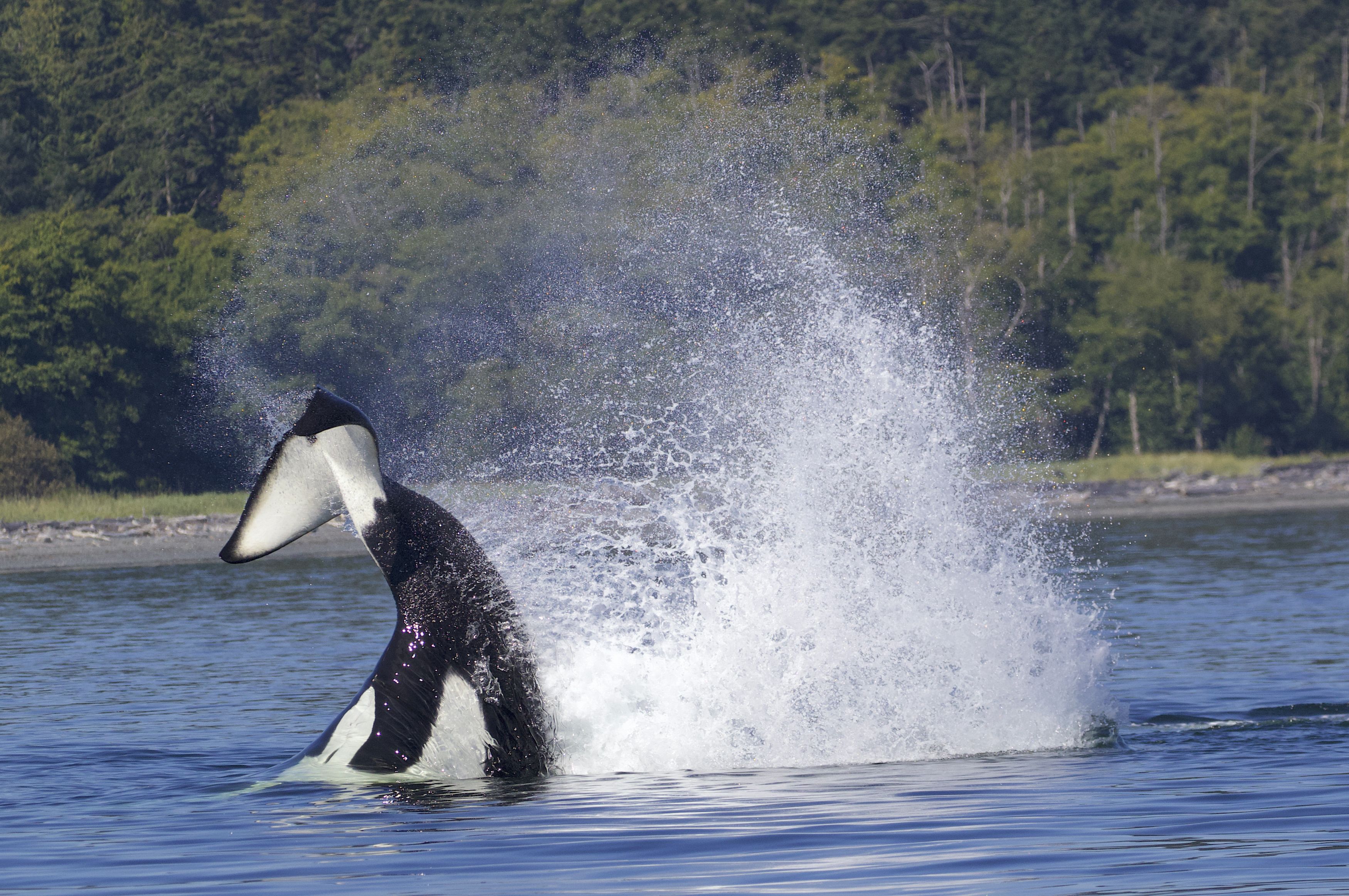 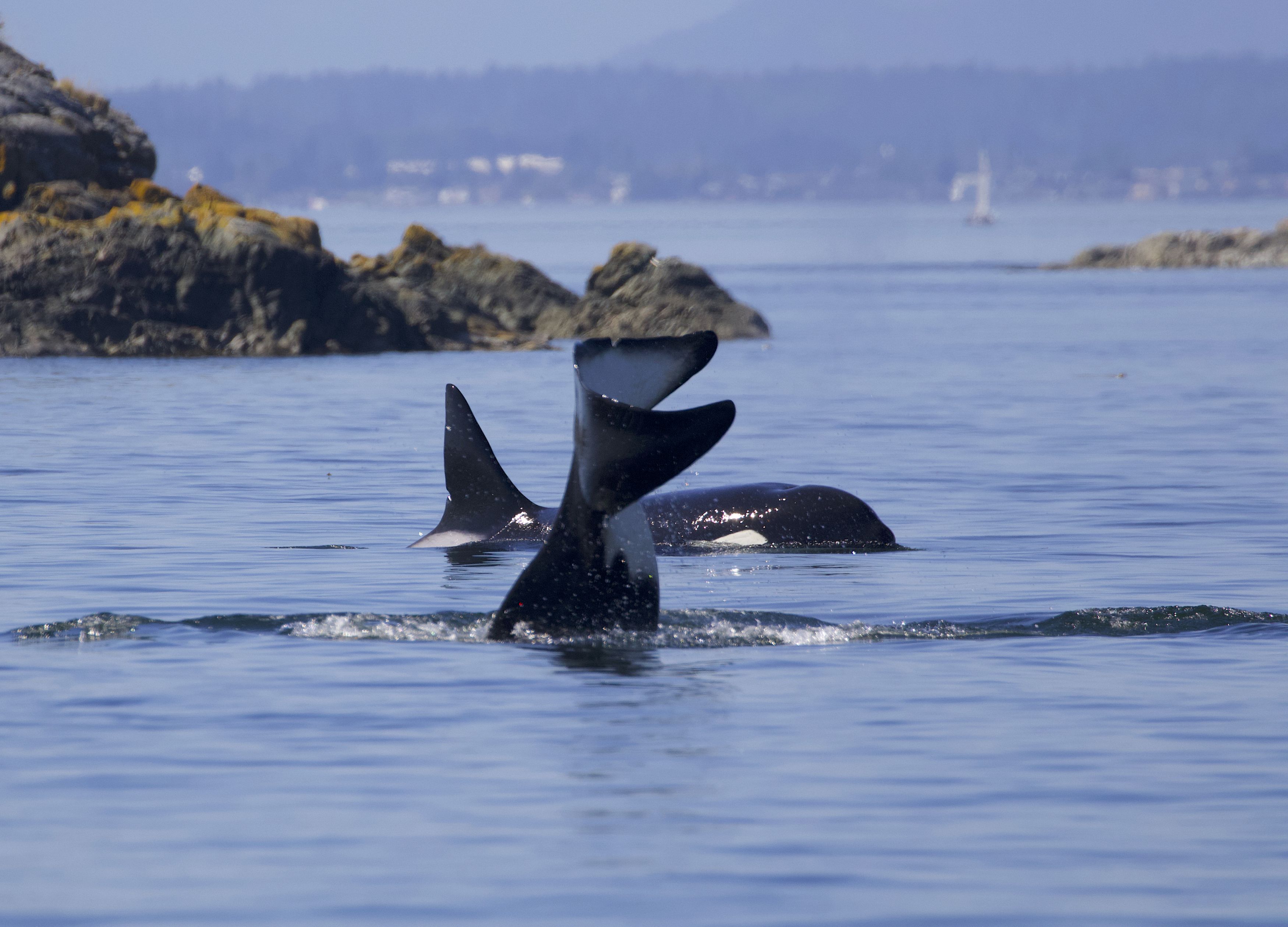 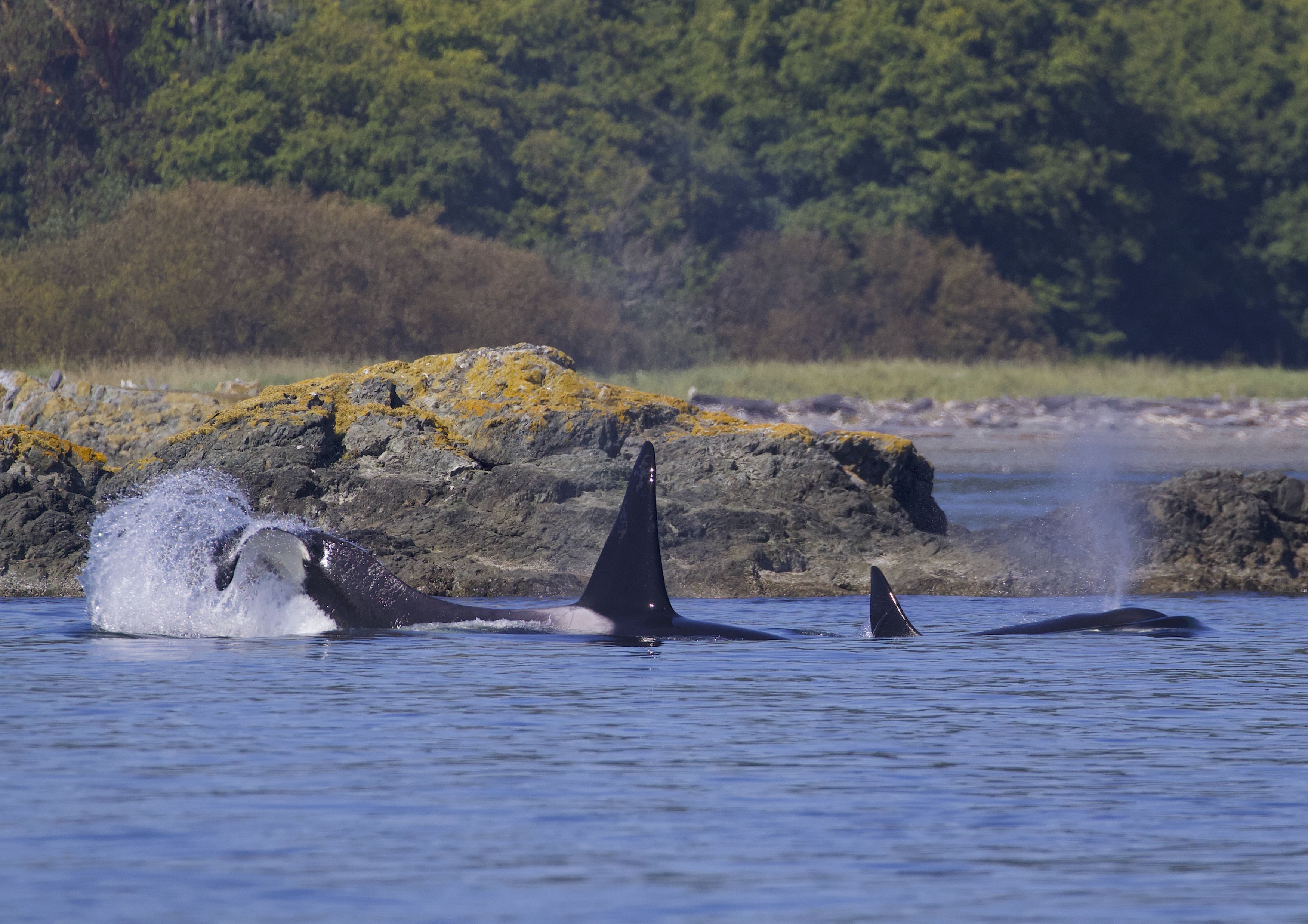