THIS is the incredible moment a man survives a tiger attack in India by playing dead.

The horrifying scene was filmed in Bhandara in the Maharashtra state on Saturday. 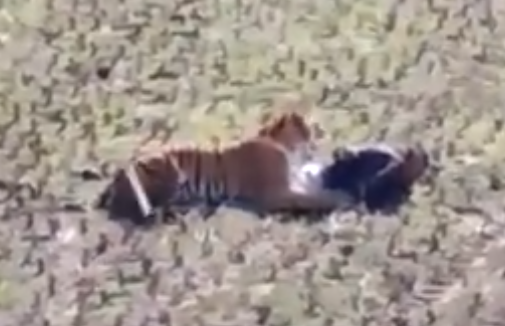 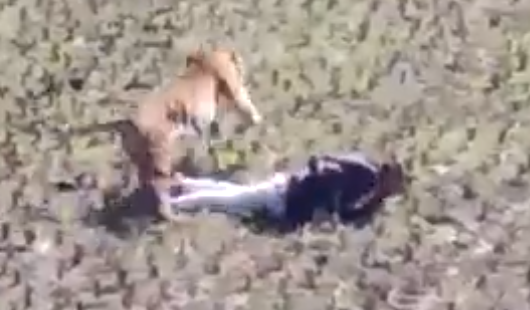 The predator leaps from a hedge across a dirt road as terrified villagers run in panic.

It manages to pin one man down as others watch in horror.

Several heart-stopping seconds go by as the man remains calm and motionless while in the grips of the endangered animal.

Villagers throw stones and shout at the tiger before it finally ran off.

The nail-biting moment was shared online by Parveen Kaswan, an Forest Service officer.

He tweeted: "You want to see how does a narrow escape looks like in case of encounter with a #tiger.

"#Tiger was cornered by the crowd. But fortunately end was fine for both man and tiger. Sent by a senior."

At least three people were injured during the terrifying tiger encounter, NDTV reported.

In July, footage emerged of a gang of villagers abusing the endangered tigress before the poor animal died nine hours later.

Forestry officials who reached the Mataina village, located in India's Uttar Pradesh's Pilibhit district, where the attack took place, said they had not been able to do anything to save the animal.

In India, a general offence under the Wild Life Protection Act of 1972, gives out a three to seven-year prison sentence as well as a fine of just under £300.

Despite the penalties, the laws are difficult to enforce.

Tigers are listed as endangered on the International Union for Conservation of Nature's (IUCN) Red List. 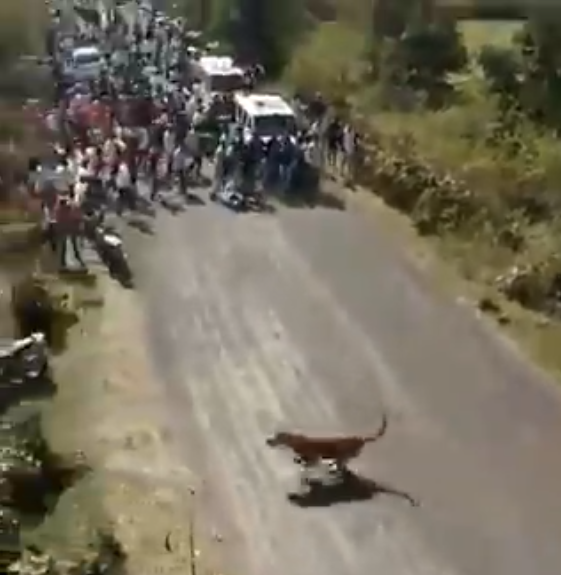 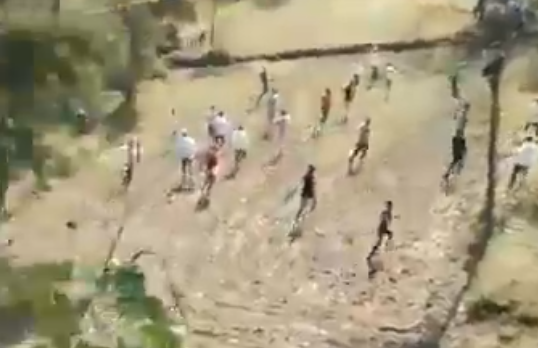 The investigation into a deadly gun attack in Hanau is focusing on whether others knew about or helped organise it, Germany’s federal prosecutor says. The…