THESE incredible pictures show two love rival frogs battling it out in an epic struggle to win a female mate.

The ten-inch male bullfrogs have been caught fighting for a mate in this RARE spectacle that only happens once a year. 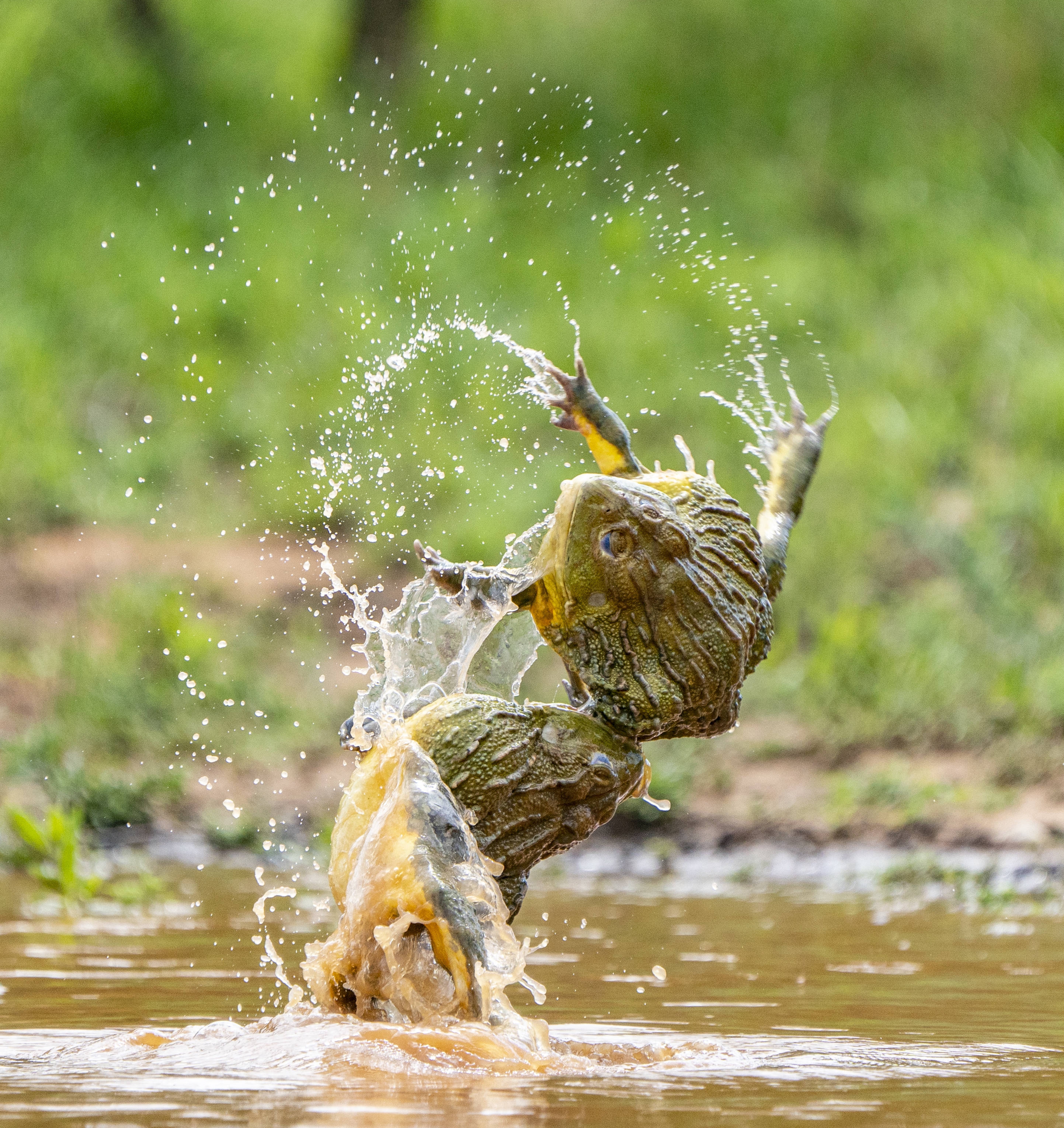 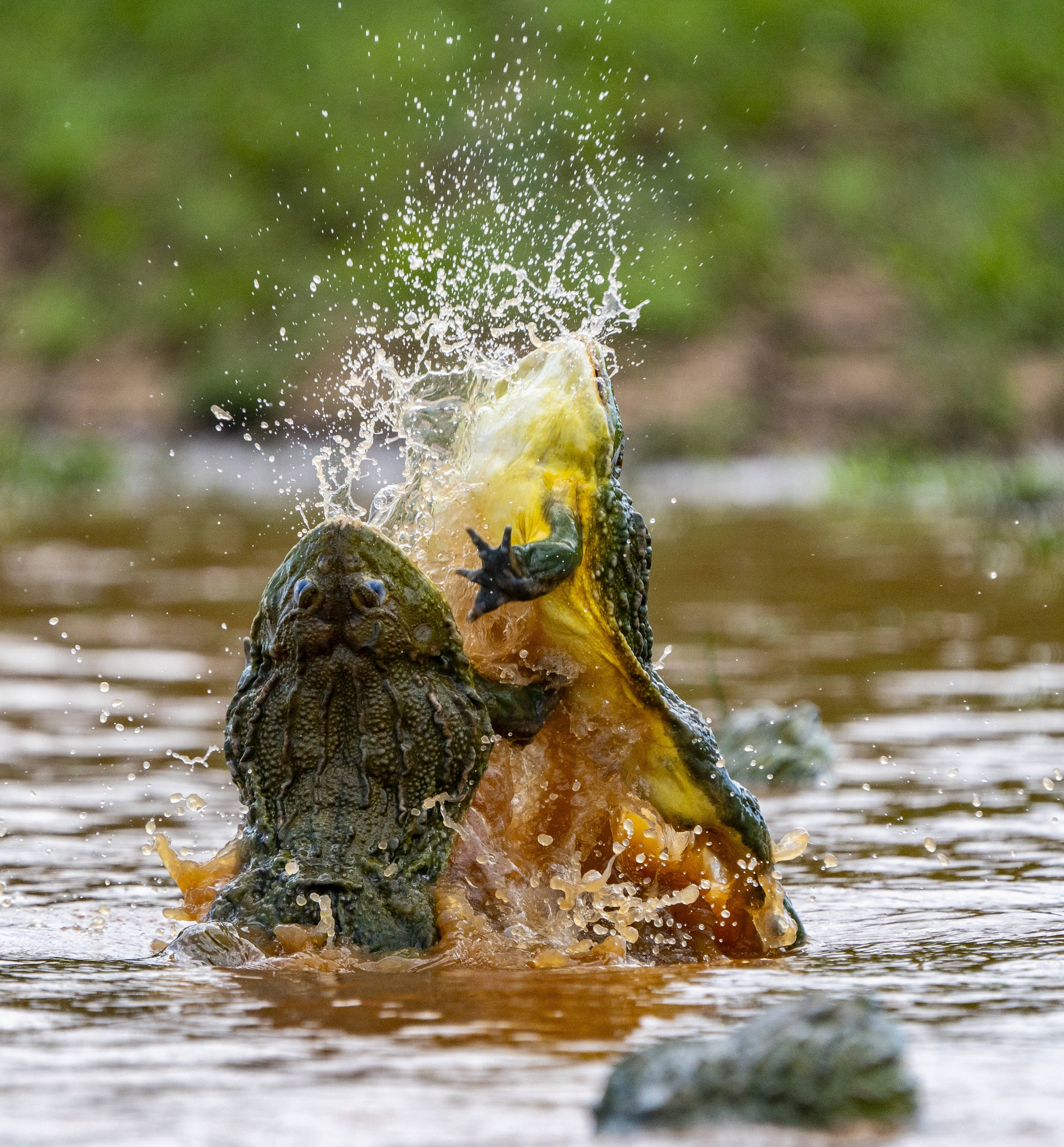 A dominant male was photographed with its legs in the air as it grabbed the other male by the neck.

The keen lover pulled the other frog off its feet and down under the water.

In another image, the same male bit down on his competitor’s leg as the weaker frog tried to make a run towards the safety of the edge of the pool.

Just a few feet away from Temujin, a group of ten-inch male African Bullfrogs gathered to establish a breeding pool.

He explained: "This spectacle only happens once a year if the rains are heavy enough.

"Pools of at least sixty to one-hundred millimetres of water must form in order to draw the bullfrogs out.

"The dominant males began fighting to establish control over the centre of the pool. 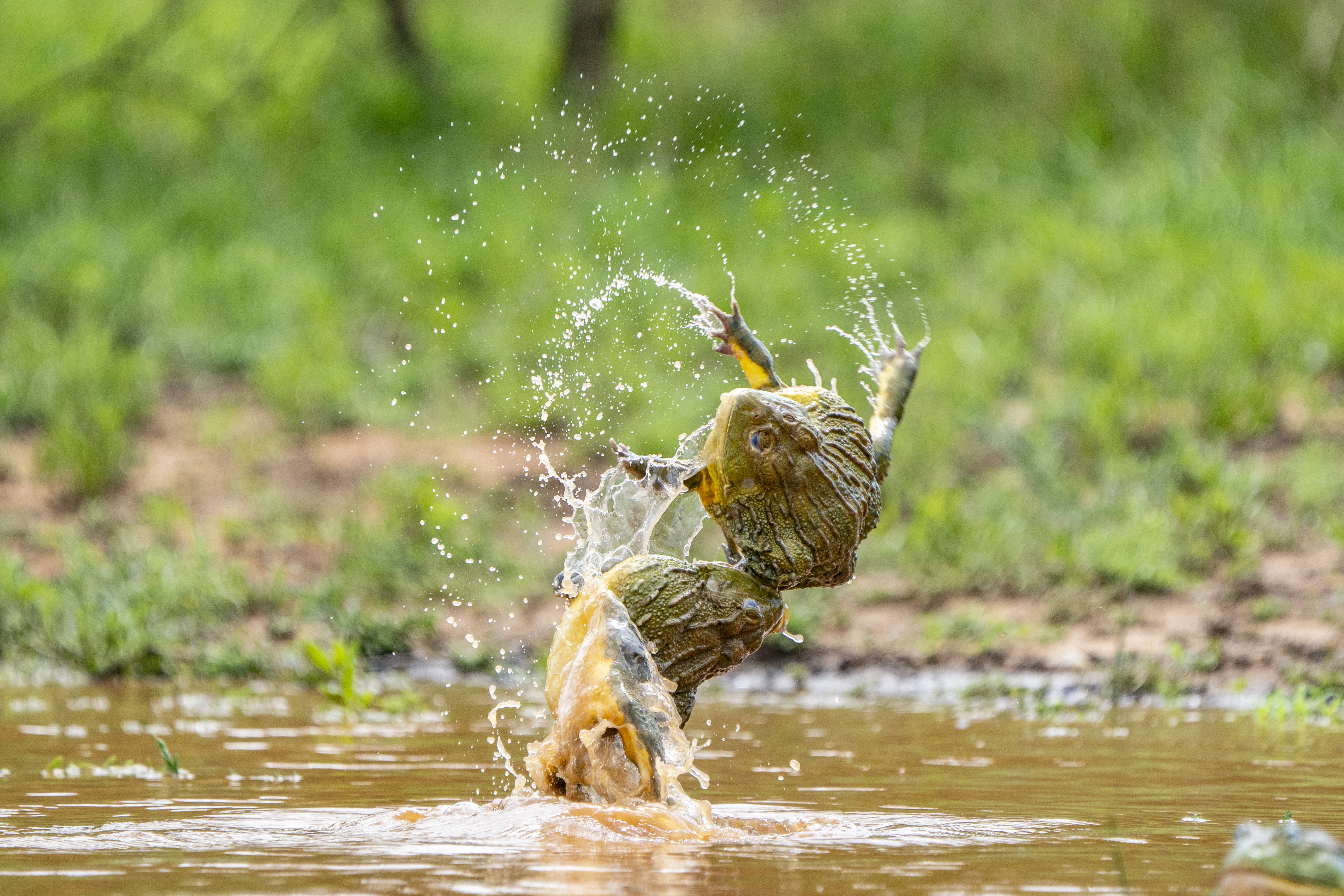 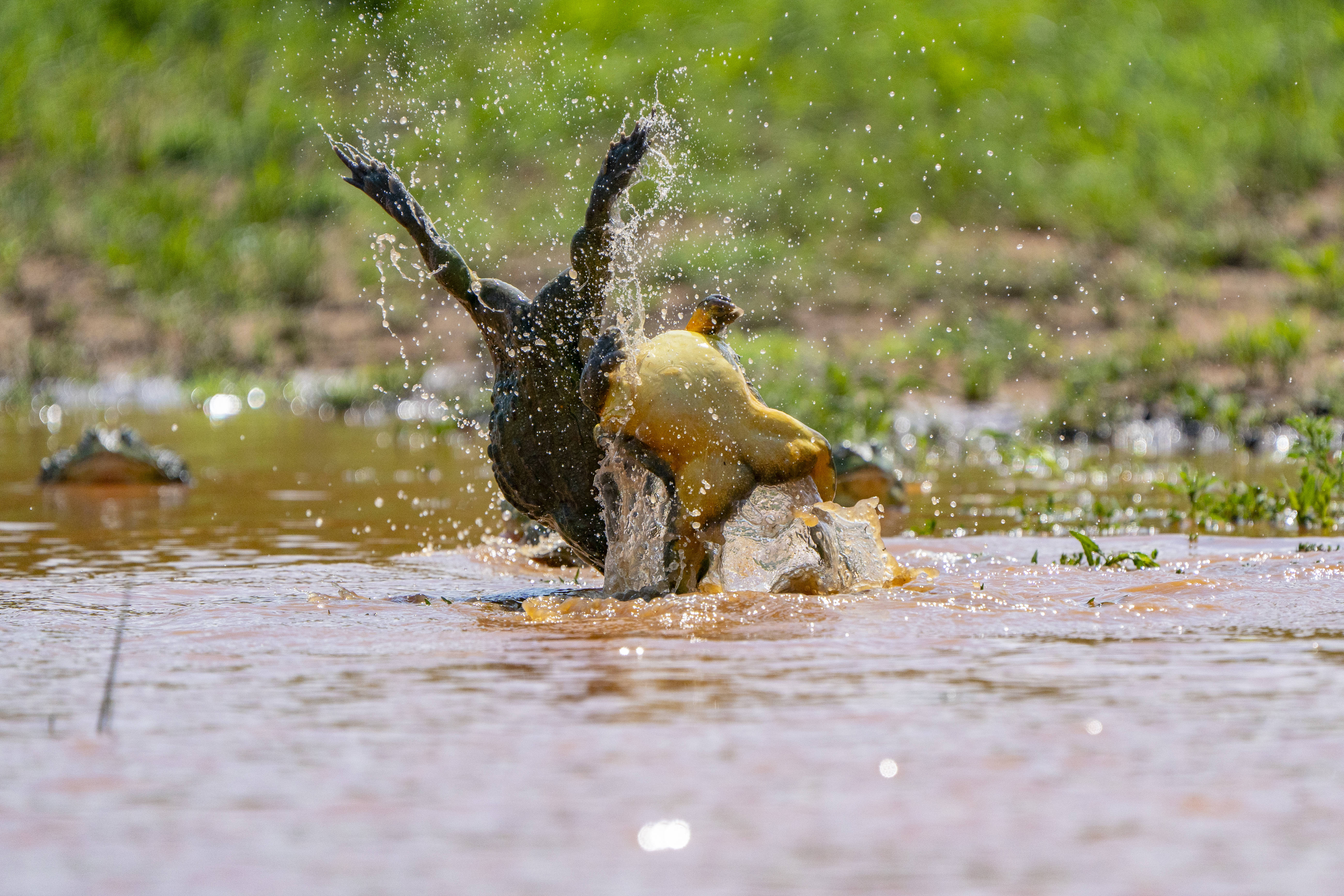 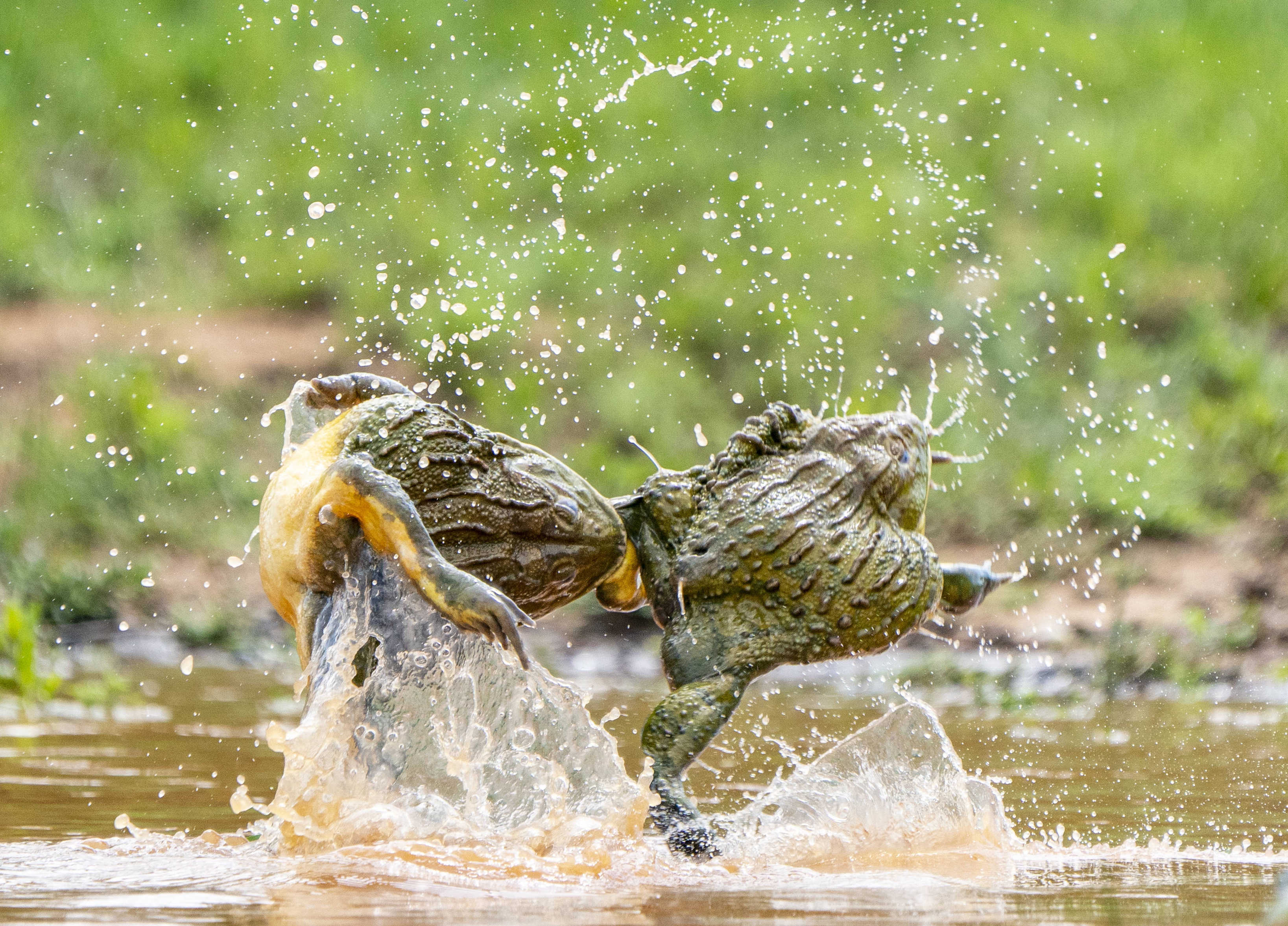 "African bullfrogs have two protrusions on their lower jaw that act as teeth which enables them to grab and toss their competitors."

Once the centre was established, the males began their mating calls – a short deep rumble which lasted for a few seconds.

Females then try to swim to the centre of the pool under the surface to reach the dominant males.

The photographer added: "Sometimes, the younger males – who lurk around the edges of the pool – reach the females first and attach themselves to their backs.

"If this happens, the females don’t lay eggs.

"Shortly after, the dominant males join the stack until the female is released."

African bullfrogs are one of the largest species of frog and males can weigh over four-pounds.

Following mating, female bullfrogs can lay up to 4,000 eggs – while males have been known to eat their offspring.

During the dry season, African bullfrogs will hibernate by creating a cocoon out of their mucus.

When the rain softens the cocoon, they will know it’s time to emerge.

The hibernation period can last up to two years – and the fighting only lasts a couple days of the year.

The photographer added: "I was situated a few feet away at the side of the pool as we didn’t want to disturb the frogs too much.

"After a few hours, they were completely comfortable with our presence so we were able to enter the pool to get a lower and better perspective.

"Once the rains have ended, the frogs move off and become solitary once again." 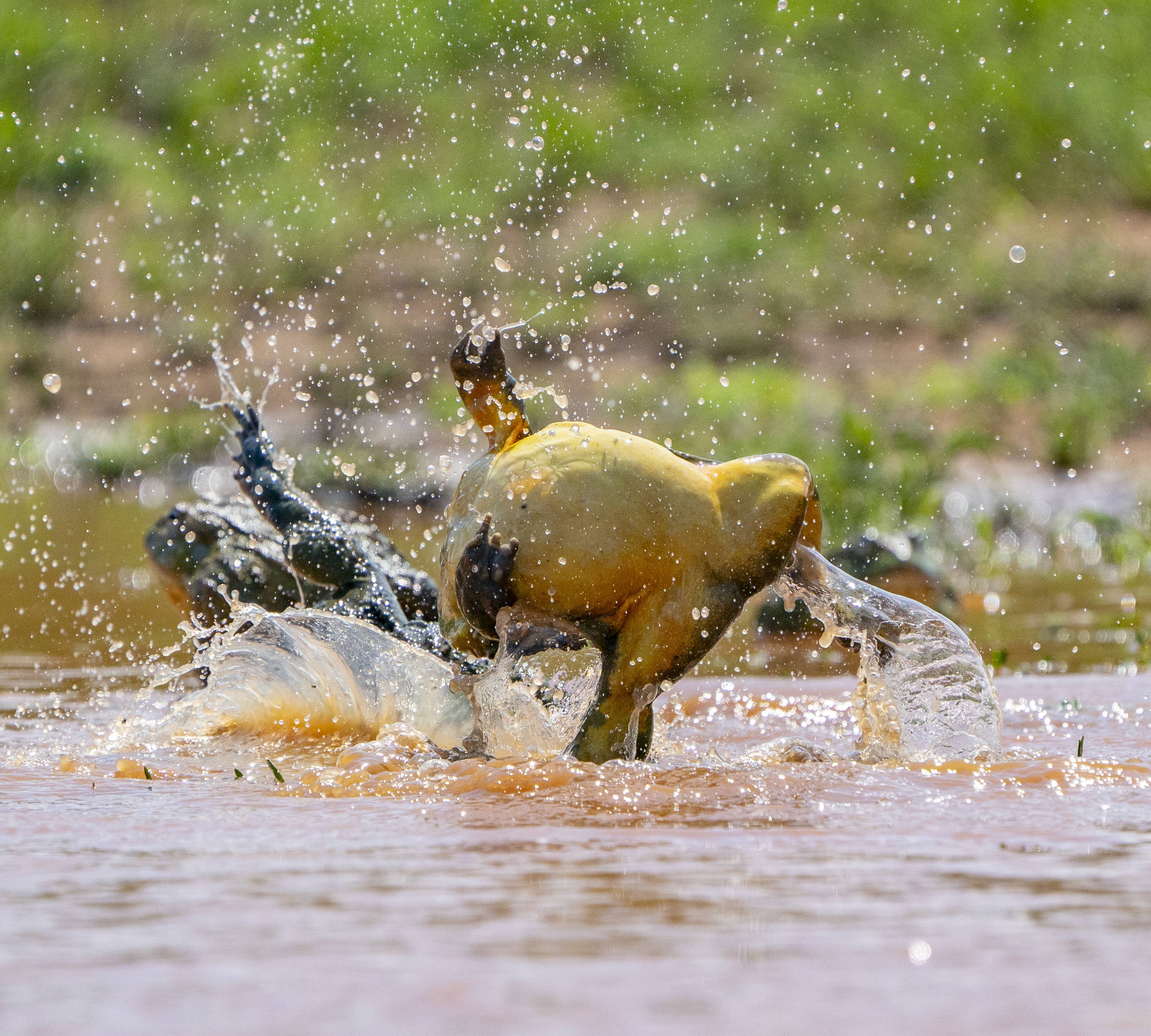 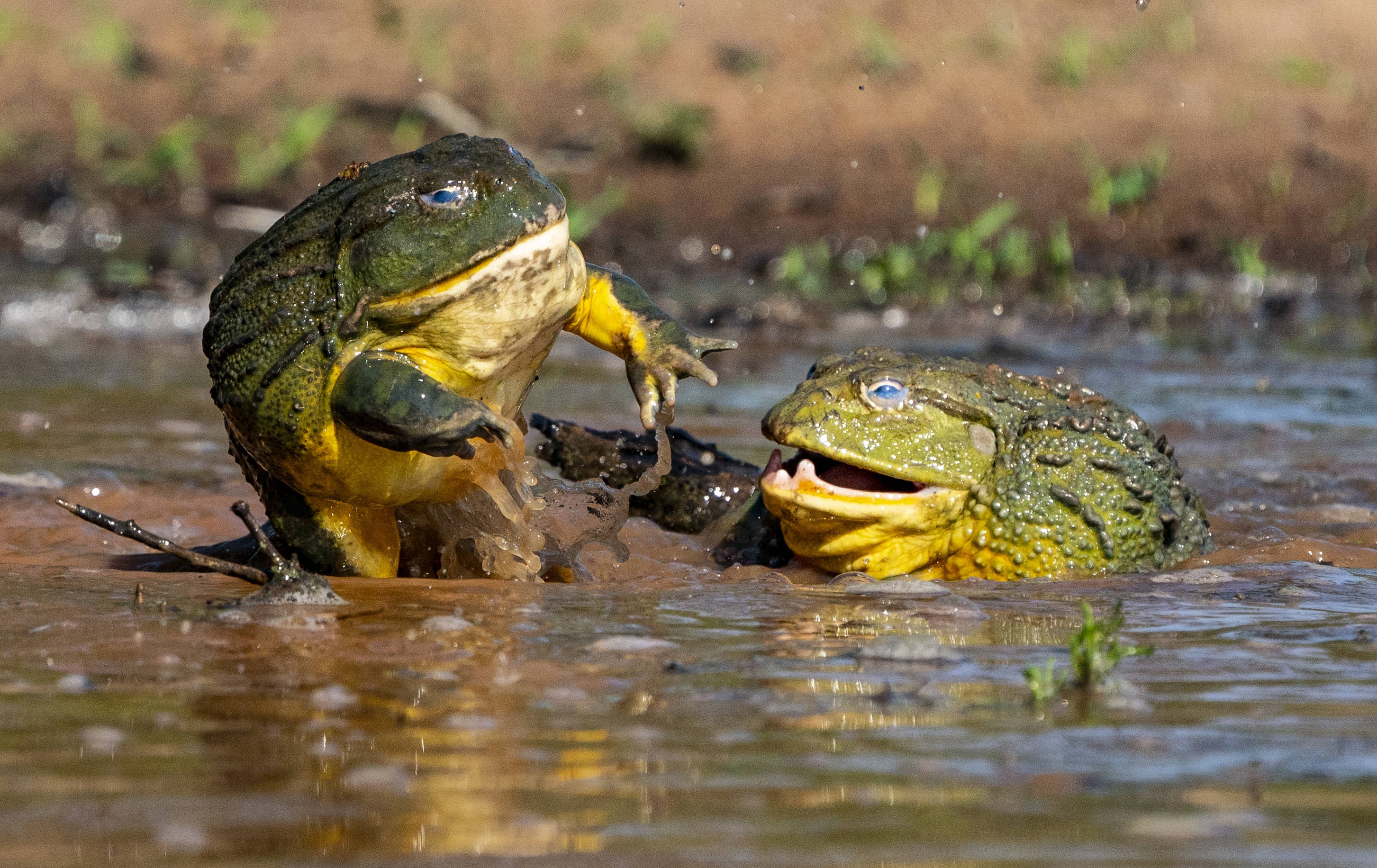 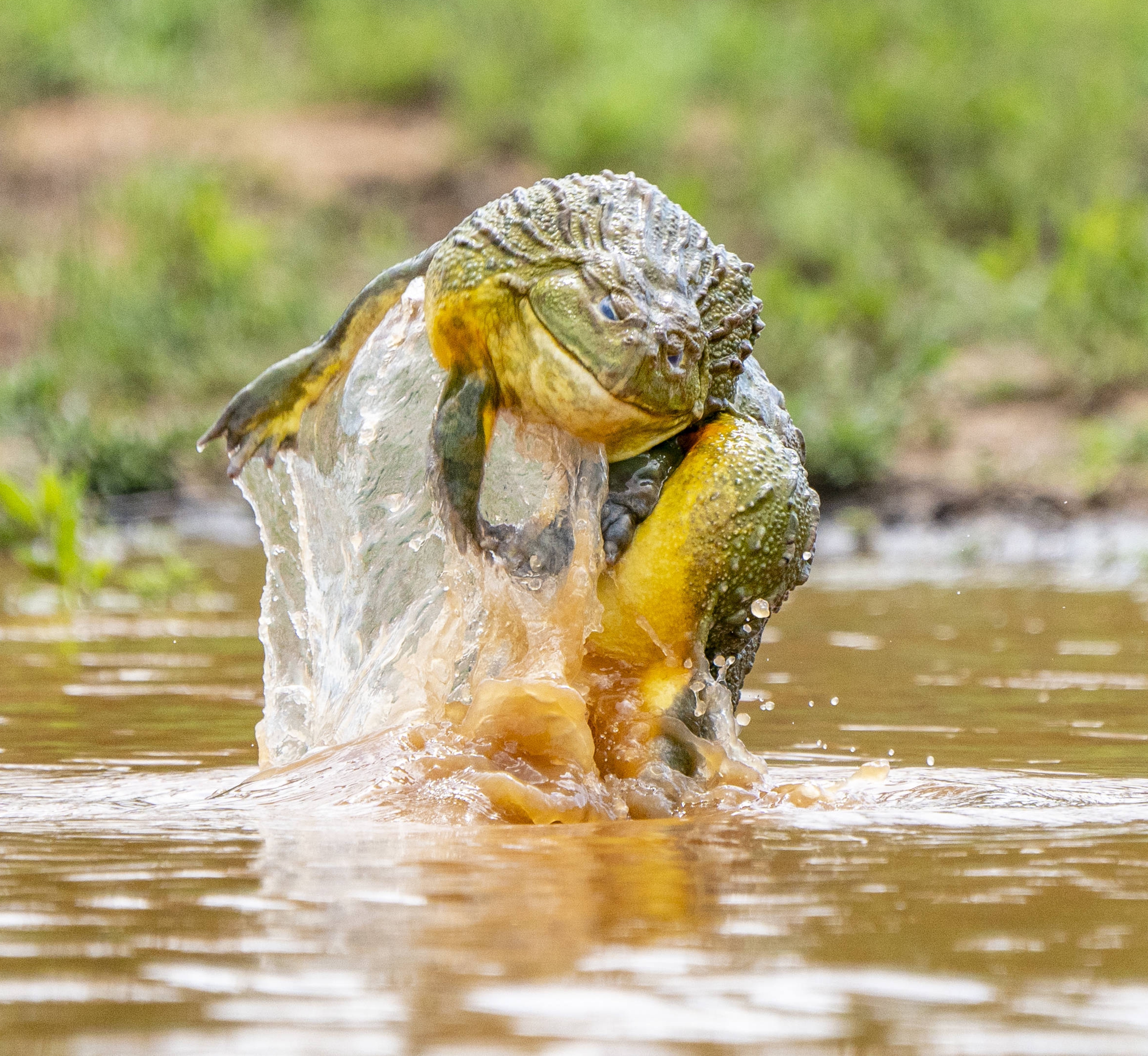 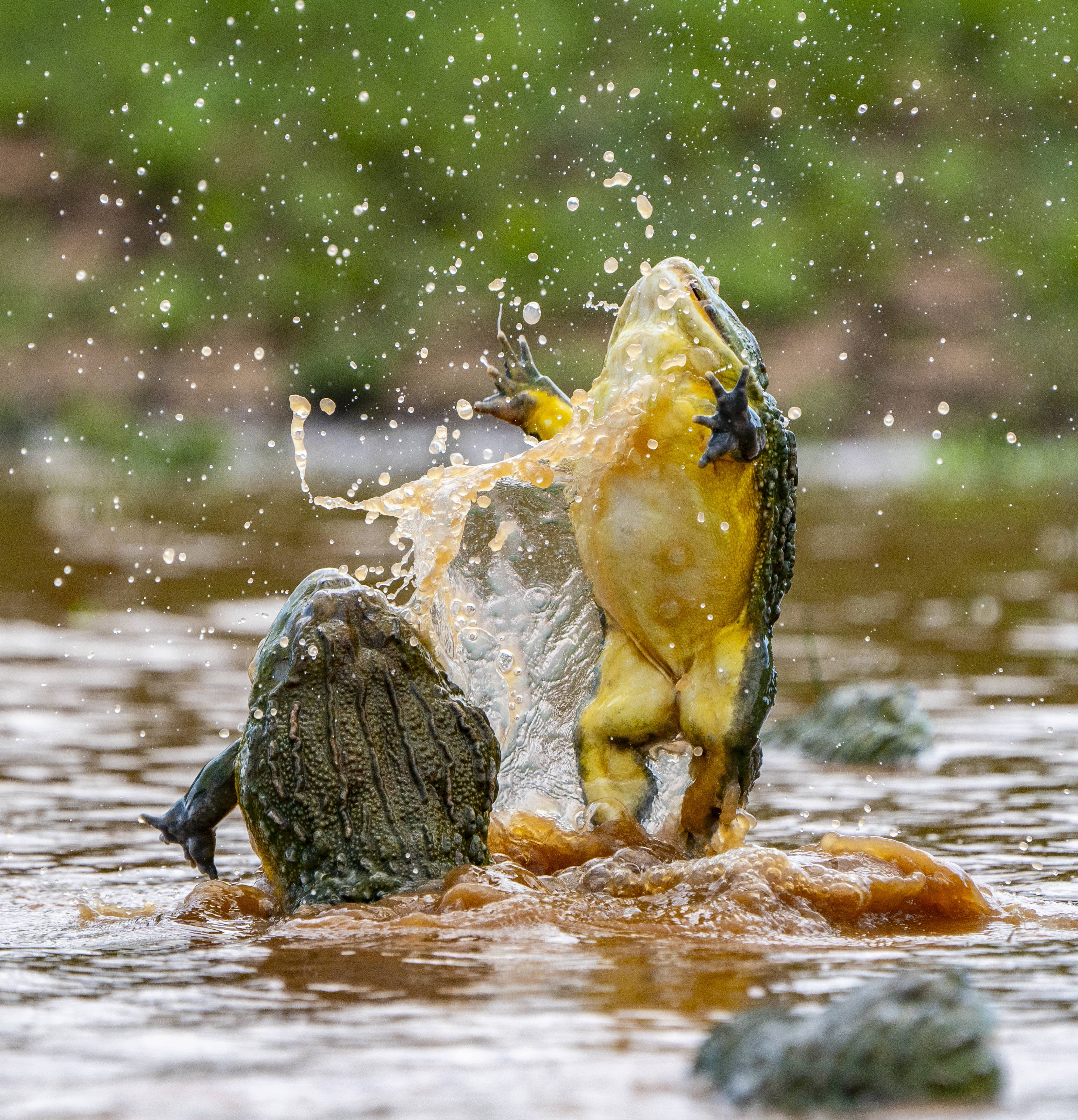