COPS were horrified when they arrived at the home of Ronald Huff, and discovered he had been eaten by his pet lizards.

They were confronted by seven enormous Nile monitor lizards feasting on the 42-year-old's corpse. 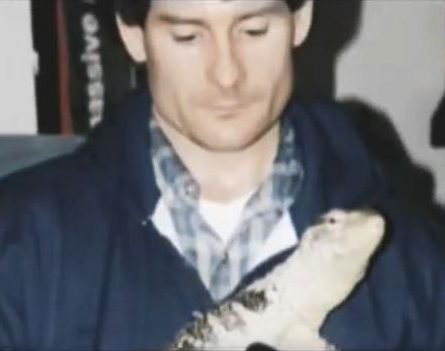 The huge reptiles – flesh-eating, venomous and endemic to Africa – were covered in their owner's blood and were hissing at the officers.

Ronald's death still remains one of the most terrifying and bizarre instances of a human being eaten by their pets.

"They knocked on the door but unfortunately there was no answer. They could hear things moving around inside when they were trying to gain entry. 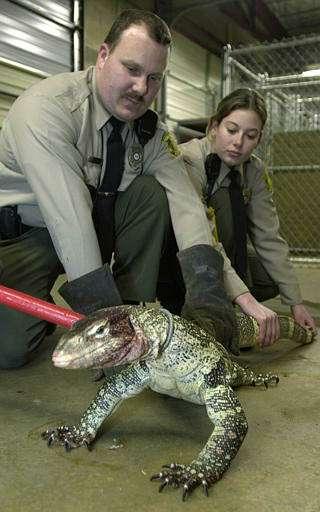 "When they were finally able to get into the apartment they discovered Mr Huff's body, slumped up against the door.

"The largest of the monitor lizards actually did have stained blood about his face and neck so we do know he was in fact chewing on the victim."

To this day no-one knows if the lizards killed Ronald, or if the Newark, Delaware, car salesman died naturally and was then simply devoured by the free-roaming monsters.

Neighbour Jeff Wildonger said: "The smell from Ron's apartment was coming up this hollow wall into our bathroom. 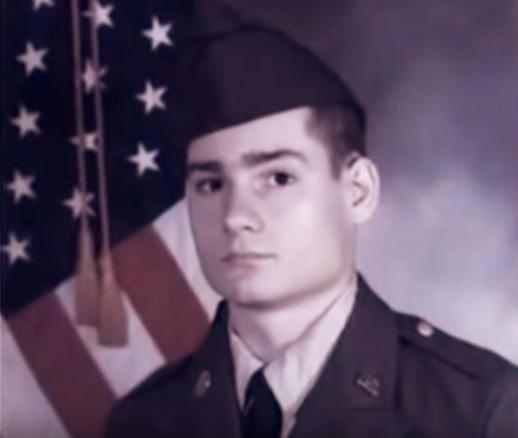 "I could see that his face was pretty well eaten, I could see his molars up where his ears should have been."

An autopsy carried out by the State Medical Examiner in the weeks after Ronald's 2002 death was unable to determine exactly how he died.

However, Mike Cassidy, Ronald's former boss, later claimed his employee had once shown him injuries caused by the lizards' bite marks, suggesting he had been attacked before.

Mike said: "He was found near the door like he was trying to leave. One of the policeman had said that Ron was actually still alive when the lizards started to feed on him. They took his life."

Nile monitor lizards feast on small creatures, such as mice and rats, in the wild. Those in captivity are usually fed raw chicken. 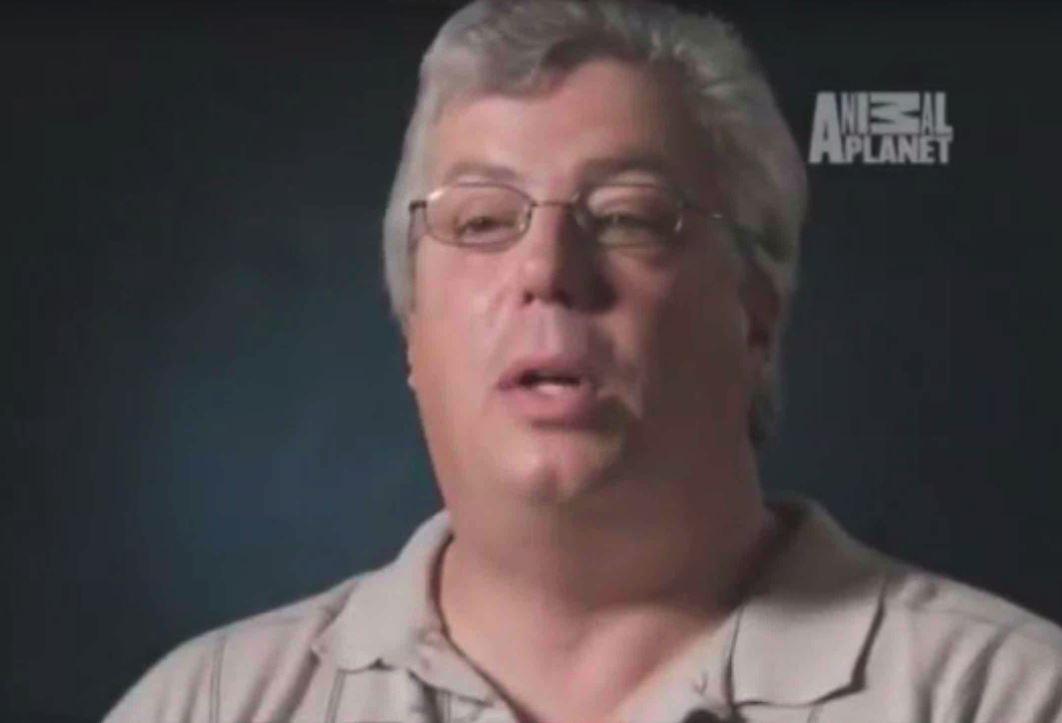 Although they have become popular in the US as an exotic pet, they are considered dangerous due to their sharp teeth and venom.

This venom is not necessarily fatal to humans – but it can affect blood pressure and acts as a knockout punch on smaller creatures.

The then-SPCA director John Caldwell said the creatures were later placed in zoos or euthanized as one was acting aggressively, "going toward you, mouth open".

Last year Bethany Lynn Stephens was found dead near her home in Goochland, Virginia, two days after she was last seen walking her dogs.

The 22-year-old had been "eaten" by her two, powerful pitbulls. 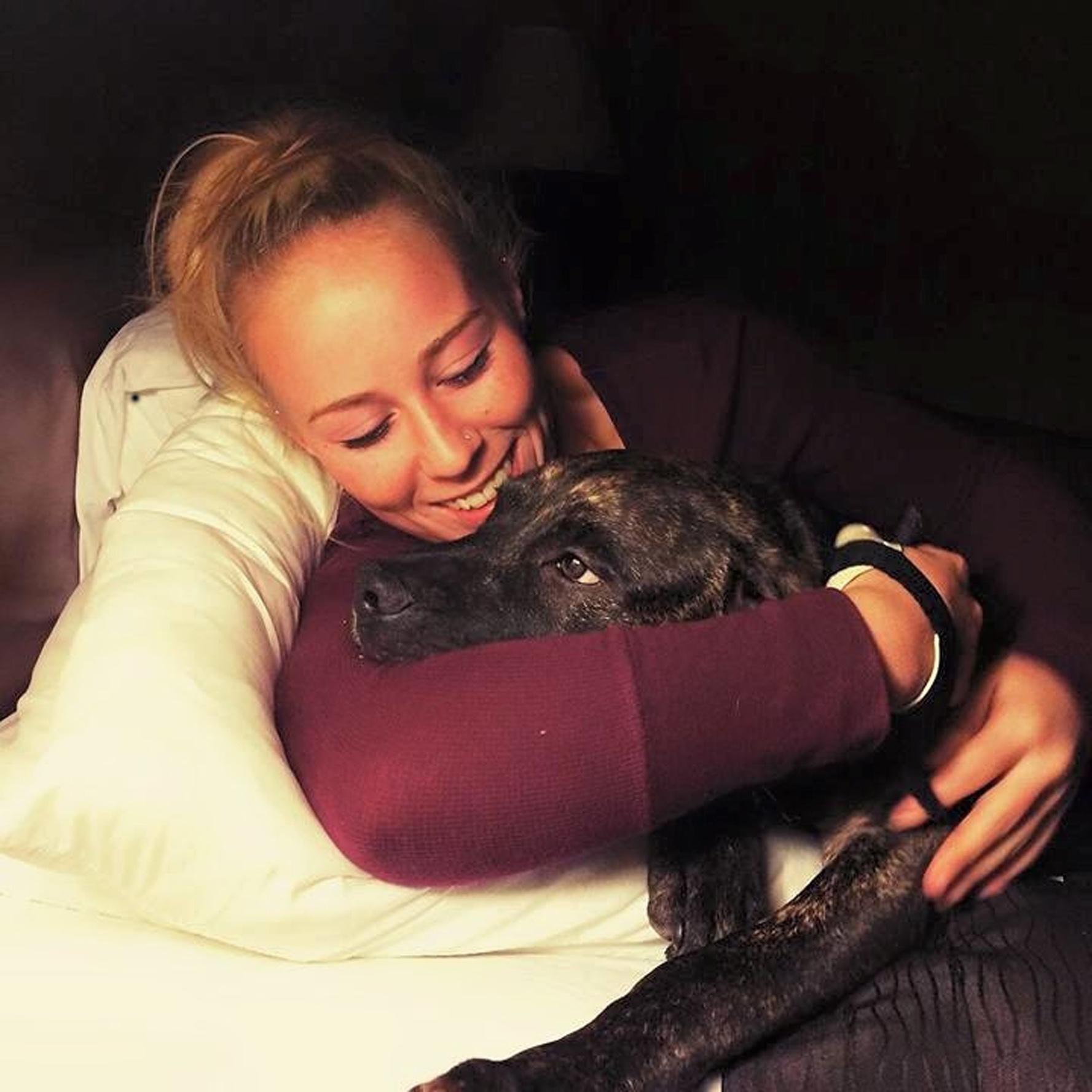 In a press conference, Goochland County Sheriff James Agnew told reporters: "In the course of trying to capture the dogs early Friday morning… we turned and looked, I observed, as well as four other deputy sheriffs, the dogs eating the ribcage on the body. The injuries were very severe."

He added: "The victim had defensive wounds on her hands and arms trying to keep the dogs away from her, which would be consistent with being attacked while she was still alive."

He confirmed Ms Stephens was found dead in a horrific blood-covered scene, and he ruled out suggestions that she could have been killed by wild animals.

It took investigators eight hours to collect more than 60 pieces of evidence, according to reports.

The police investigation had been complicated by a "high volume of misinformation" spreading on social media so Sheriff Agnew felt compelled to reveal the "most important details", after informing her family.