NEW DELHI (Reuters) – India’s top court on Tuesday agreed to review its ruling that removed a ban on women of menstruating age from entering a centuries-old Hindu temple in the southern state of Kerala, following widespread protests against the decision. 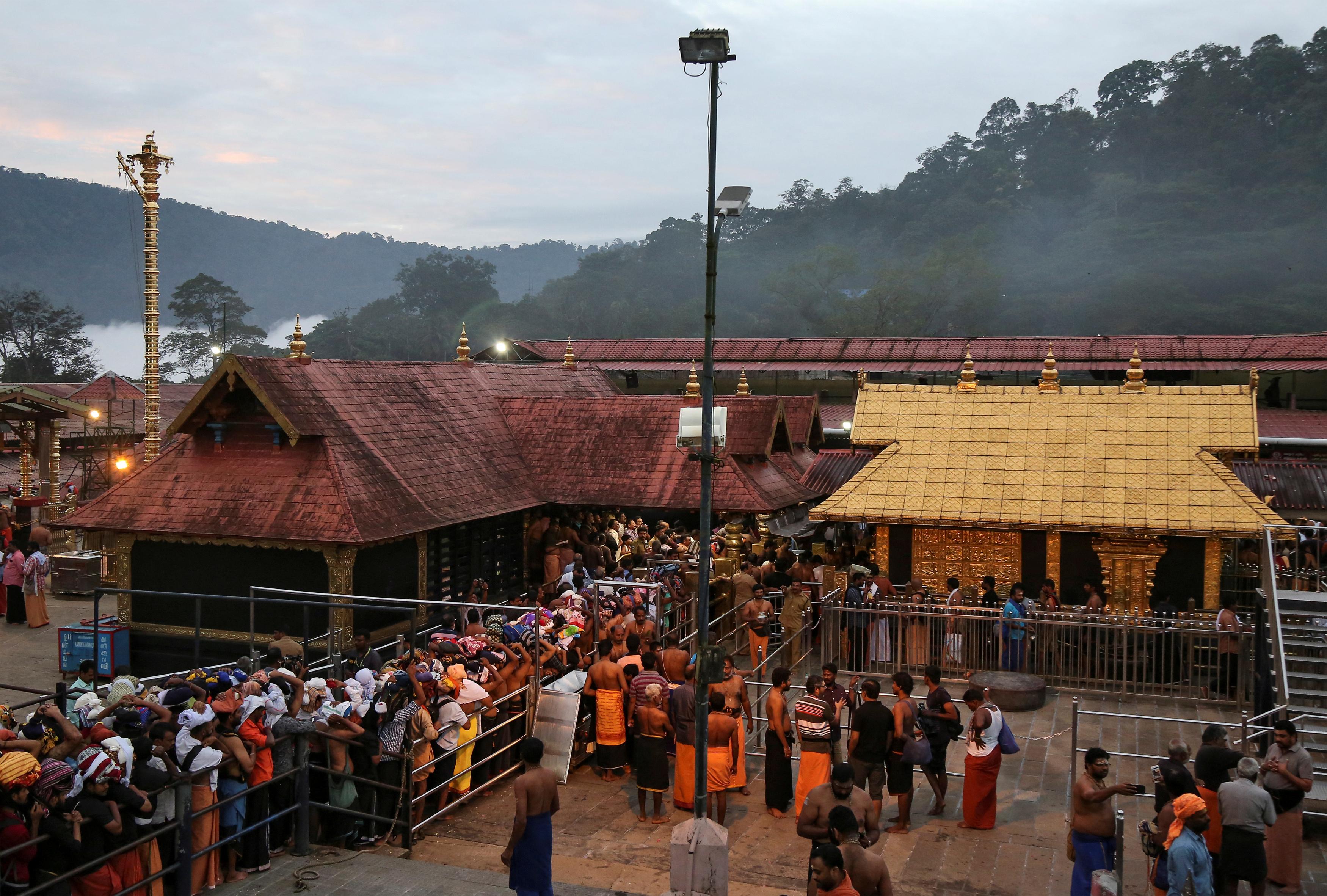 Thousands of people have been demonstrating against the Supreme Court’s decision in September to lift a centuries-old ban on women or girls between the ages of 10 years to 50 entering the Sabarimala hill temple.

Conservative Hindu groups prevented about a dozen young women from entering the temple last month believing it would defile the sacred shrine and petitioned the court to reconsider its decision.

On Tuesday, the court said it would hear nearly 50 petitions seeking reimposition of the ban on women on Jan. 22, 2019. But until then, its earlier ruling on allowing women into the shrine would remain in force, it said in an order.

Sai Deepak, a lawyer for the Sabarimala temple administration which is opposed to giving access to women, said the petitioners had managed to convince the court that its landmark ruling needs to be reviewed.

“But I wouldn’t go to the extent of calling this a victory for the devotees,” Deepak said, “because it is too early, too premature.”

The clash has highlighted India’s social tensions, pitting religious groups sworn to carrying out ancient traditions against the court, which ruled that the ban on women was an infringement of their right to worship.

In some Hindu communities, menstruating women are regarded as unclean, leading to restrictions and in a few cases outright bans from entering certain places.

Political parties have also waded into the controversy, seeking to exploit religious sentiments as they gird for national elections next year.

Among the 49 petitioners seeking review of the court order are individuals and Hindu organizations including the Vishva Hindu Parishad (VHP), a hardline group linked to Prime Minister Narendra Modi’s ruling Bharatiya Janata Party.

The temple, nestled in a forest on a hillside in the Western Ghats mountain range, is due to open on Friday.