Indian government scraps Article 370 in a bid to integrate its only Muslim-majority region with the rest of the country. 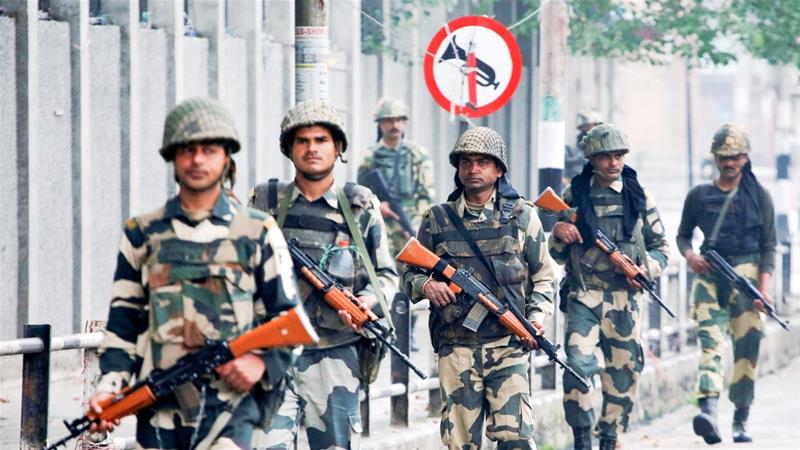 The Indian government has rushed through a presidential decree to scrap a special status for India-administered Kashmir, the most far-reaching political move on the disputed region in nearly seven decades.

Home Minister Amit Shah told parliament on Monday that the president had signed a decree abolishing Article 370 of the constitution that gave a measure of autonomy to the Muslim-majority Himalayan region.

“The entire constitution will be applicable to Jammu and Kashmir state,” Shah said to loud protests from opposition legislators who were against the repeal.

The decree, which was issued hours after imposing a major security clampdown in the disputed region, said the measure came into force “at once”.

Critics of such a measure say that in doing away with Article 370, the government hopes to change India-administered Kashmir’s Muslim-majority demographics by allowing in a flood of new Hindu residents.

Despite the blackout on internet services in the region, Jammu and Kashmir’s former Chief Minister Mehbooba Mufi tweeted that the government’s decision is “illegal” and “unconstitutional”.

Regional parties in Jammu and Kashmir had earlier called attempts to revoke Article 370 an aggression against the 7 million people living in the disputed region.

The law dates to 1927, when an order by the administration of the-then princely state of Jammu and Kashmir gave the state’s subjects exclusive hereditary rights.

Two months after India won independence from the British rule in August 1947, Maharaja Hari Singh, the ruler of Jammu and Kashmir, signed a Treaty of Accession for the state to join the rest of the union, formalised in Article 370 of the Indian constitution.

Further discussions culminated in the 1952 Delhi Agreement, a presidential order that extended Indian citizenship to the residents of the state but left the maharaja’s privileges for residents intact.

Kashmir is divided between India and Pakistan and both claim the region in its entirety.

The Indian-administered part of the territory has been in the grip of a rebellion for three decades that has left tens of thousands dead.

Article 35A of India’s constitution permitted the local legislature in Kashmir to define permanent residents of the region. The article came into being in 1954 by a presidential order under the constitution’s Article 370.

On Sunday, former Chief Minister Farooq Abdullah chaired a meeting of political leaders from the region, who issued a statement, warning “against any tinkering with the special status of the region” as guaranteed under Article 35A of the Indian constitution.

The statement said the region’s political parties “remain united … in their resolve to protect the autonomy and special status” of Kashmir.

Article 35A had been challenged by the ruling Bharatiya Janata Party (BJP) and its right-wing allies through a series of petitions in India’s Supreme Court.

Last month, a senior BJP leader hinted that the government was planning to form exclusive Hindu settlements in the region.

On Sunday, parts of India-administered Kashmir were placed under lockdown and local politicians reportedly arrested amid growing tensions following a massive deployment of troops by the Indian government.

“As per the order there shall be no movement of public and all educational institutions shall also remain closed,” a statement by the government of Jammu and Kashmir, which is currently under the central rule, said on Sunday night.

The order said the indefinite security restrictions will be applicable in the main district of Srinagar.

Indian media reports said some pro-India leaders from the region, including former chief ministers Mehbooba Mufti and Omar Abdullah, have been placed under house arrest.

The measures came after the Indian government moved about 10,000 troops to the region last week, followed by an unprecedented order asking tourists and Hindu pilgrims to leave the Himalayan valley.

Royal commentator Camilla Tominey claimed the statement was obviously drafted by an American, arguing the author could have been Meghan Markle herself and not Prince…