NEW DELHI (Reuters) – India’s defence minister said on Friday he hoped talks could bring some sort of resolution to a border standoff with China that led to a deadly clash last month, though India would not cede an inch of territory. 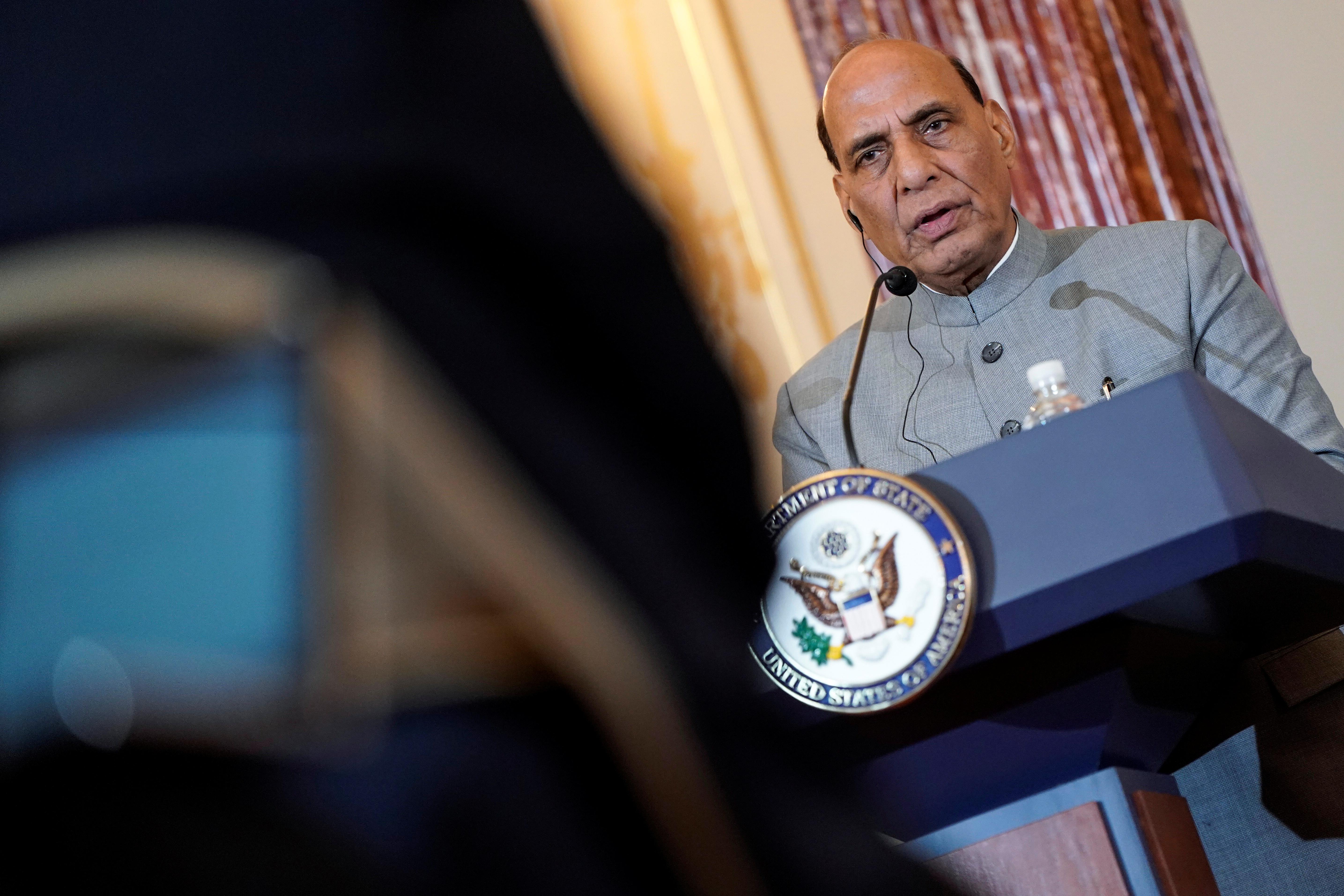 Top commanders have been holding lengthy talks near a stretch of disputed Himalayan border in the Ladakh region, where Indian and Chinese troops have been locked in confrontation since early May.

Tension between the nuclear-armed neighbours spiked after soldiers fought with nail-studded clubs and rocks in the desolate Galwan valley on June 15.

Twenty Indian troops were killed and there was an unspecified number of casualties on the Chinese side.

“Given the progress of the negotiations so far, the matter should be resolved. But to what extent it would be resolved, I cannot guarantee,” Defence Minister Rajnath Singh told troops in Ladakh’s Luking area on his first visit to the region since the June clash.

“But I want to assure that no power in the world can capture even an inch of India’s soil,” said Singh, who attended a battle drill involving special forces and air force helicopters, accompanied by the army chief, General Manoj Mukund Naravane.

On Thursday, the army said negotiations with the Chinese side were advancing, but a disengagement process was “intricate” and required verification on the ground.

Earlier in the week, China said there had been progress in defusing the crisis and it urged India to maintain peace.

Both countries have blamed each other for triggering the clash in the Galwan valley, the deadliest between the neighbours in at least five decades.

India and China share a 3,488-km-long border that runs along the Himalayan mountain range, but have been unable to agree on its exact alignment despite several rounds of talks.

They fought a border war in 1962 and the dispute has remained largely peaceful since then.

We will use your email address only for sending you newsletters. Please see our Privacy Notice for details of your data protection rights. Leeds –…