The death of a pregnant woman could have been prevented had she been given antibiotics at a Melbourne hospital’s emergency department, a coroner has heard.

Annie Moylan arrived via ambulance at a second facility – St Vincent’s Private Hospital’s labour ward – shortly after midnight on August 16, 2017. By then, medical experts say, it was likely too late for the medication to be administered to save her life. 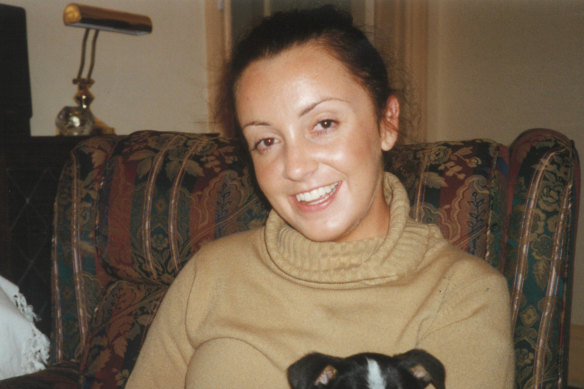 Annie Moylan died from sepsis in 2017 after doctors failed to diagnose her.

The statements come as the coroner is being asked to accept that the 37-year-old expectant mother’s death was preventable.

“It’s more likely than not in [Holmesglen Private Hospital’s] emergency department [that] if Annie had been given antibiotics in addition to supportive measures, she would have survived,” counsel assisting the coroner Sharon Keeling said.

“The identification of warning signs of sepsis may have resulted in administration of curative antibiotics. In my view, this is a central feature of this inquest.”

State Coroner John Cain is investigating the death of Moylan – who was 18 weeks-and-five days pregnant – in the hope of preventing similar incidents after it was revealed she arrived at Holmesglen Private Hospital’s emergency department, in Moorabbin, on the night of August 15, 2017, with severe vomiting, pain, a high temperature and diarrhoea.

She remained there, diagnosed with gastroenteritis, before being transferred by ambulance to St Vincent’s Private Hospital shortly before midnight, where she later died with septicemia.

The inquest previously heard the ill woman was not given antibiotics to treat an infection until 2.46am the following morning, after she was transferred to St Vincent’s Private Hospital where her obstetrician worked.

A post-mortem examination determined her cause of death was intrapartum septicaemia, secondary to a group A streptococcal infection. 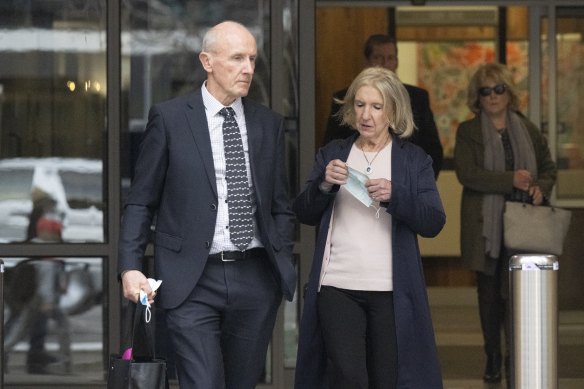 Annie Moylan’s parents Brian and Marg outside the Coroner’s Court of Victoria.Credit:Chris Hopkins

On Thursday, interested parties and the coroner’s assisting counsel began oral submissions, laying out what they believe the coroner should ultimately determine happened, following a week of evidence which included hearing from the doctors and midwives who treated Moylan in her final 24 hours.

Keeling said an expert medical panel also found that if Moylan’s lactate levels – where imbalances can indicate serious health issues – had also been checked while she was at Holmesglen, that could have identified her risk of developing sepsis.

Keeling submitted that this “critical issue” would have changed the management of Moylan and led to her being prescribed antibiotics soon after she arrived at the first hospital, and before she arrived at St Vincent’s Private Hospital.

Daniel Wallis, lawyer for St Vincent’s Private Hospital, submitted staff there were “behind the eight-ball” from the outset of Moylan’s arrival due to the lack of information they said was provided from transferring emergency department doctor Hui Shi – including Moylan’s high temperature – while at Holmesglen Private.

Lawyers for Holmesglen said not all medical experts, who assessed the evidence and gave their opinions to the coroner, agreed that antibiotics would’ve likely save Moylan’s life if only given during her time at the emergency department.

Shi’s lawyer Fiona Ellis said Moylan did not have any “vital sign triggers” that would have initiated treatment for sepsis and that her diagnosis of gastroenteritis was reasonable.

The coroner will now consider the evidence and hand down his findings and any recommendations at a later date.

Keeling suggested they could include amending Victoria’s health service regulations to mandate that all health facilities undertake root cause analysis of deaths and that this be enforced by Safer Care Victoria.

The inquest previously heard that neither Holmesglen Private Hospital’s emergency department nor St Vincent’s Private Hospital reported Moylan’s death, as they weren’t required to at the time.