WALKING down the bustling streets of New York, you can't help but gaze up at the city's astonishing skyscrapers.

But something even more breathtaking lies beneath Manhattan – where hundreds of people live in dark, disused railroad tunnels. 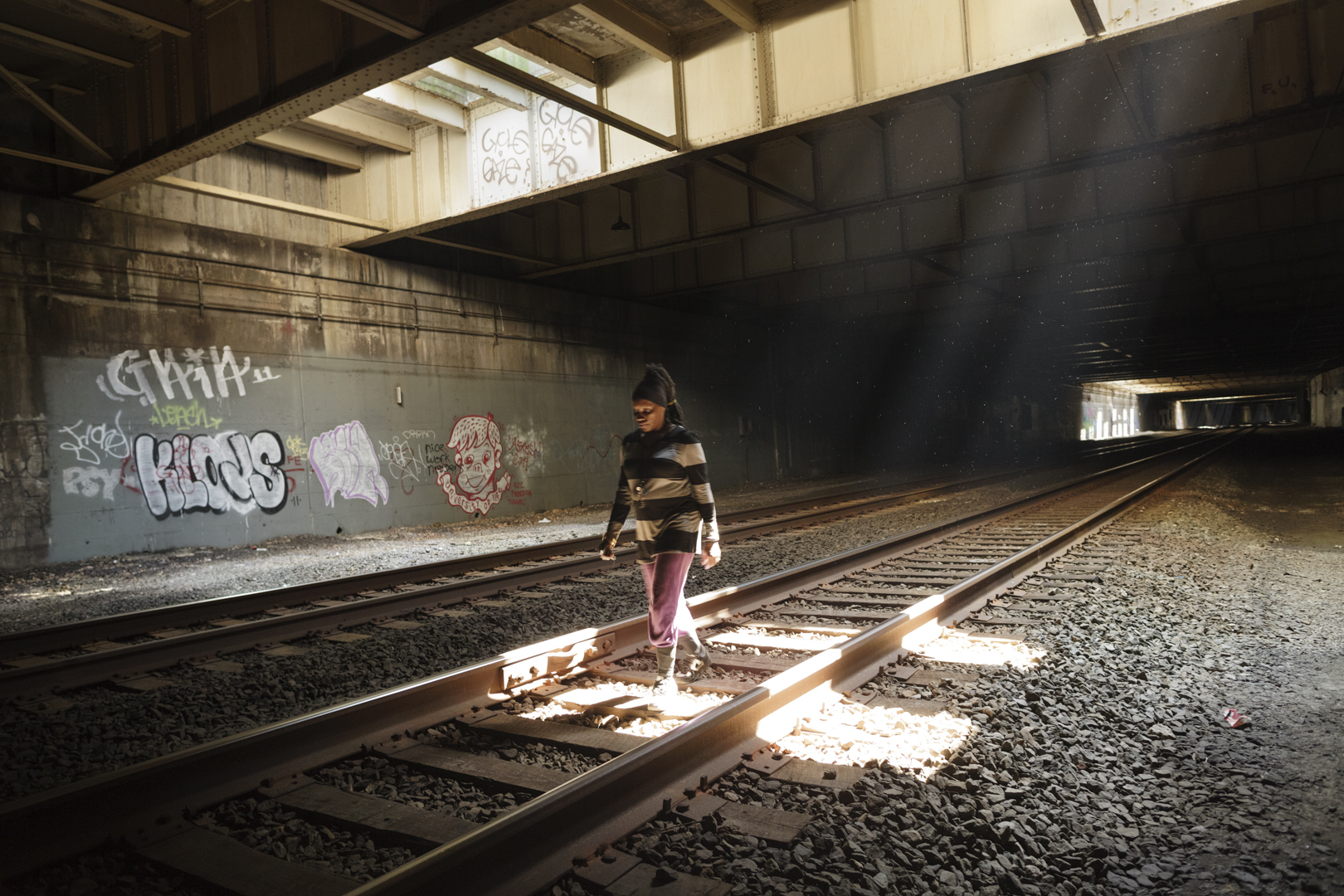 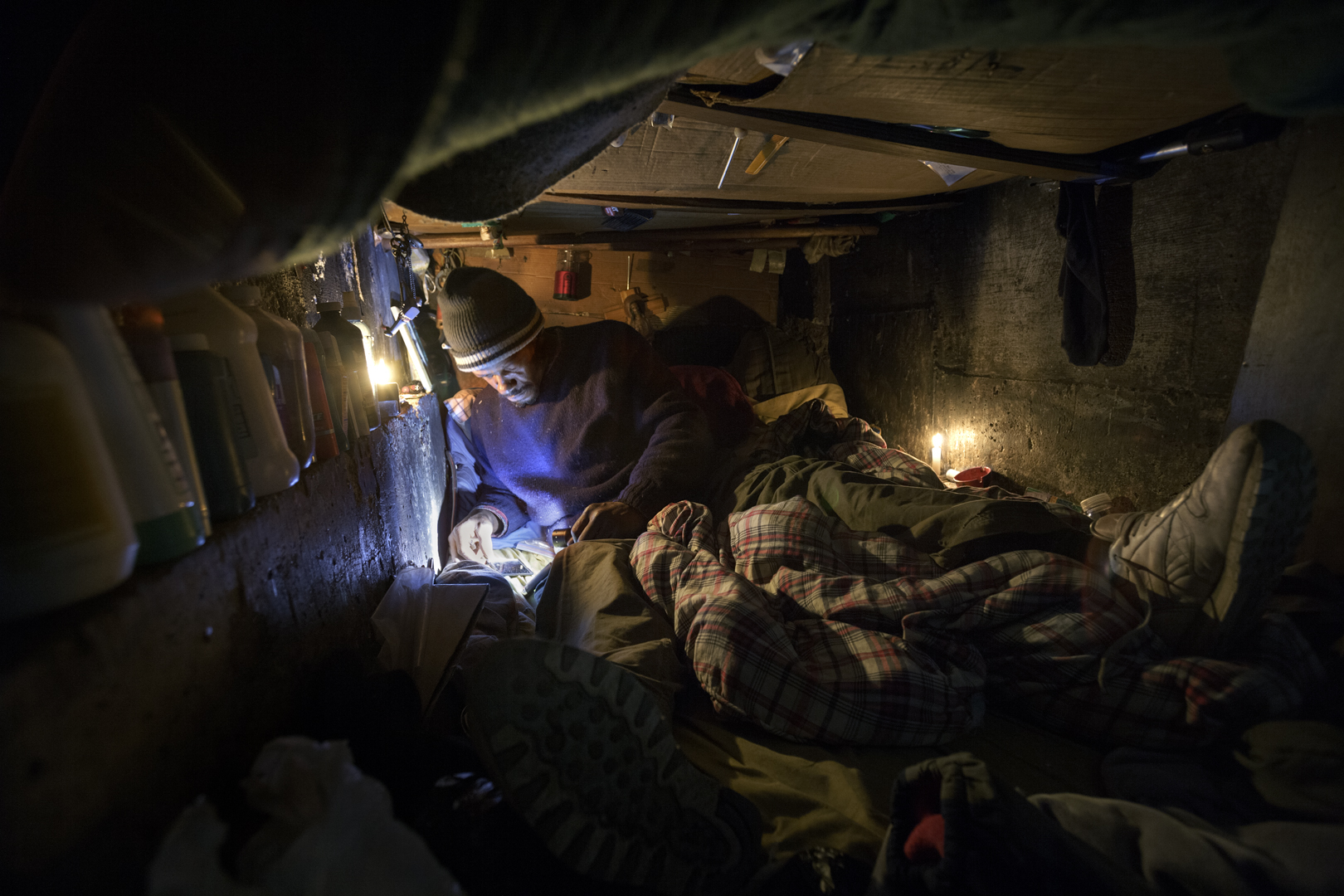 Last week, three railway employees were suspended without pay when a secret "man cave" was found beneath the tracks of Grand Central Station, the New York Post reports.

The workers, who'd fitted a flat-screen TV and futon inside the locksmith's store room, allegedly used the underground pad to "get drunk and party".

But their secret hideaway is nothing compared to the societies and shantytowns that have been built up and destroyed in New York's subway tunnels over the last 40 years.

The issue of homelessness in New York is vast, and at its worst rate since the Great Depression of the 1930s, according to the Coalition for the Homeless.

In July this year, there were 58,089 homeless people, including 13,046 homeless families with 19,278 homeless children, who slept each night in the city's municipal shelter system.

But that staggering figure, which is 59 per cent higher than 10 years ago, doesn't account for the thousands of unsheltered homeless people who spend each night seeking shelter in the city's streets and subway system. 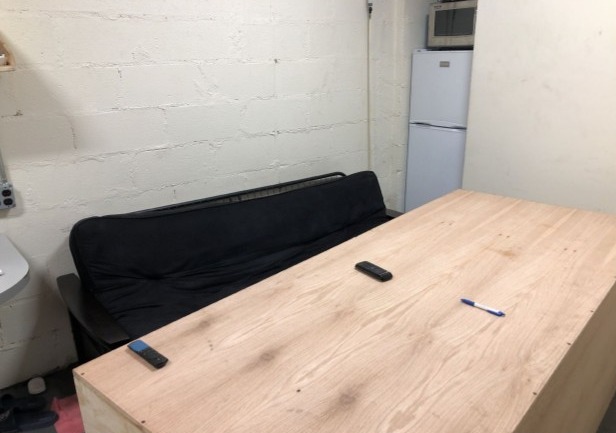 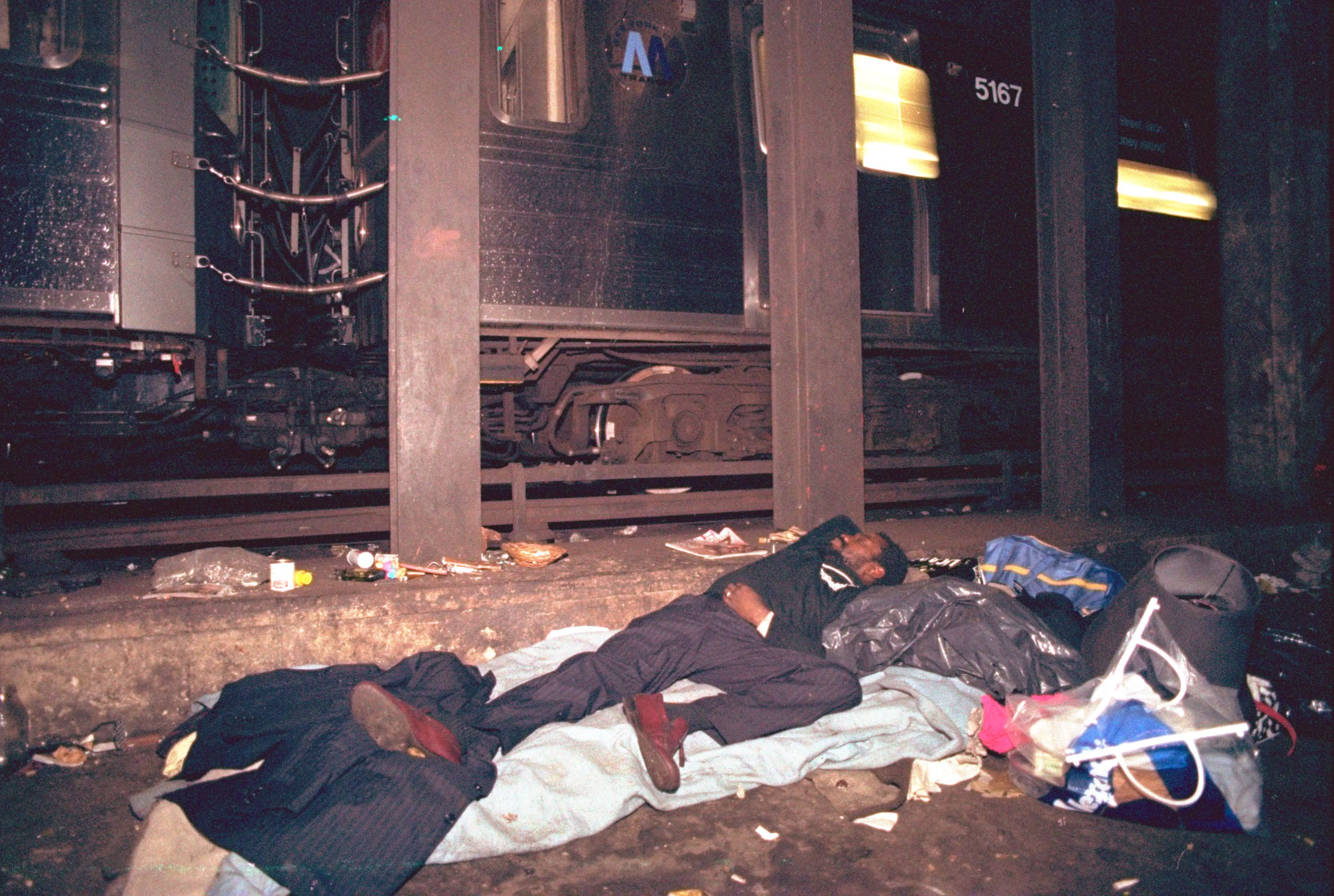 Stories of cannibalism and eating rats to survive have been the stuff of urban legend associated with the city's underground population, like similarly chilling stories attached to mole people living in the storm drains of Las Vegas.

But the reality of the shantytowns which thrive in the disused rail tunnels under New York using pirated electricity and water is even more startling.

"You actually can exist from the waste of man and it’s probably one of the few cities you can get away with that in," Bernard Isaac told the Los Angeles Times in 1990, having lived in New York's tunnels since the 1980s.

"We eat as we choose down here. We live as well if not better than the average people up top.” 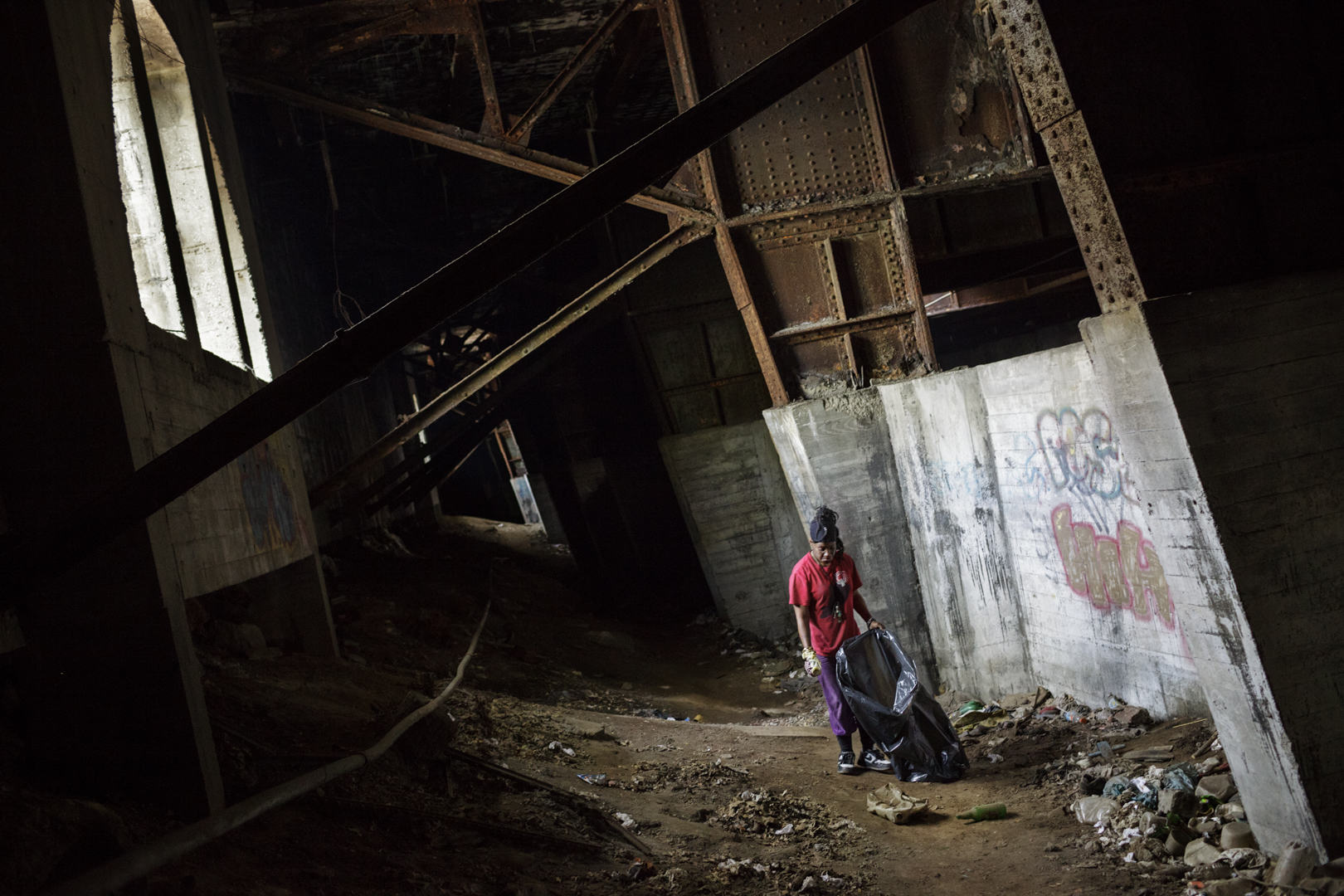 The Lord of the Tunnel

The most notorious tunnel is the so-called Freedom Tunnel – where one of the most vibrant and self-sustaining homeless communities was established beneath the surface.

The Freedom Tunnel is a railroad passage that stretches 2.6miles beneath Riverside Park on the Upper West Side of Manhattan. 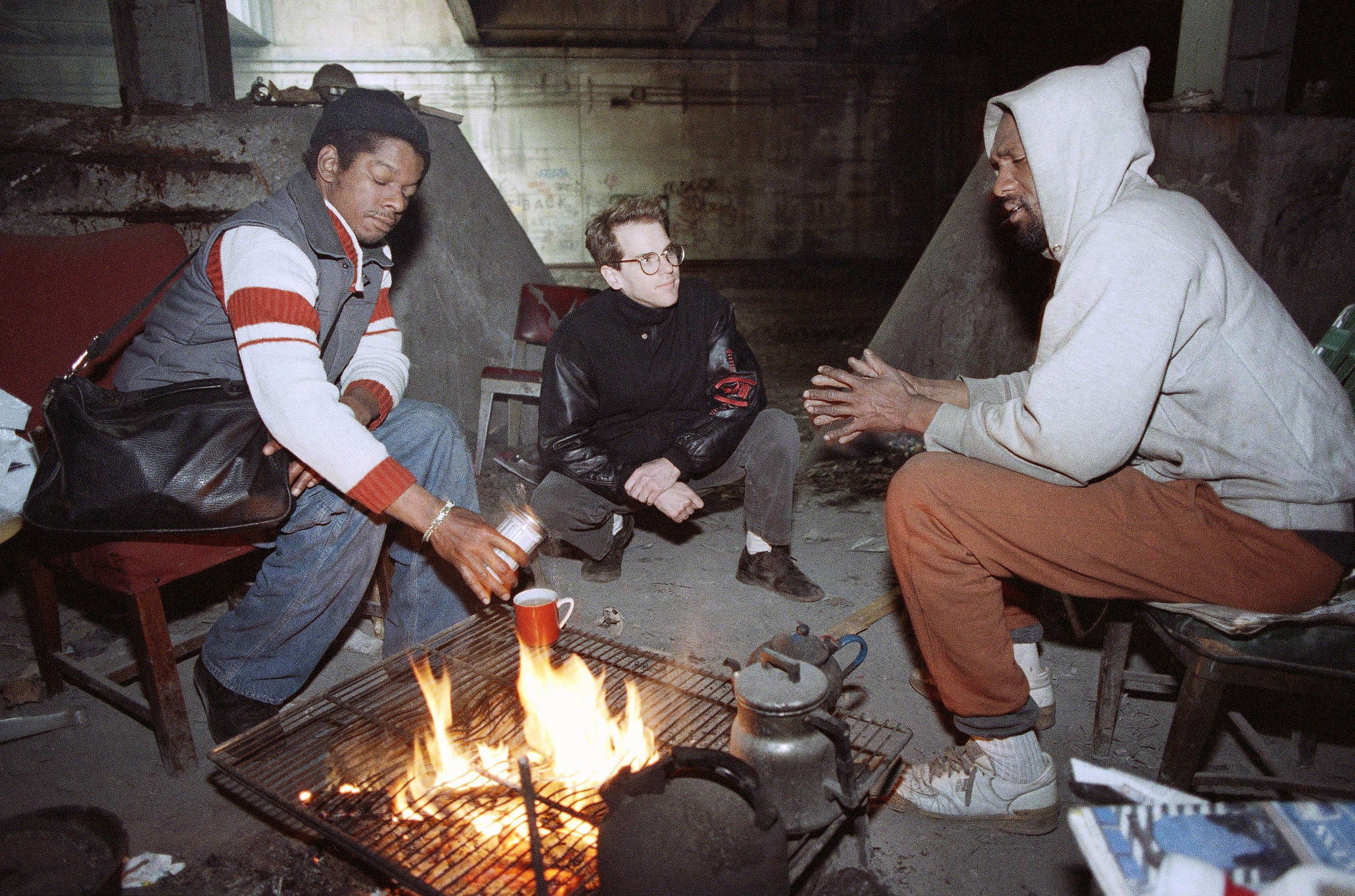 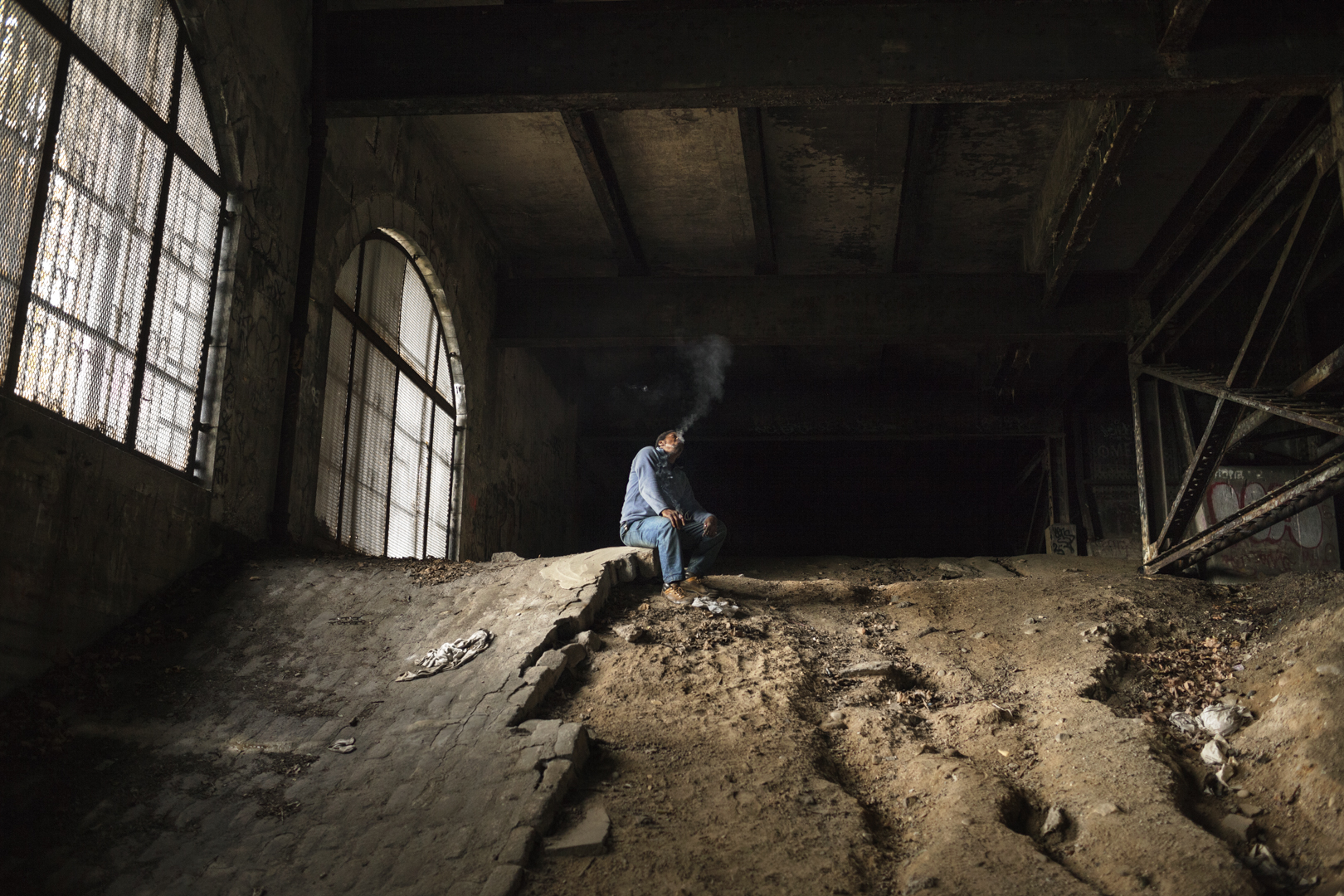 It spans from 72nd Street to 124th Street, and was used by freight trains between its opening in the 1930s and its closure in 1980.

Once abandoned, homeless people started moving into its vast concrete caverns to establish shantytowns where they were safer and more sheltered than out on the streets.

In the early years of the homeless camps inside, Amtrak workers were so scared to enter the tunnel they had to be accompanied by shotgun-wielding escorts. 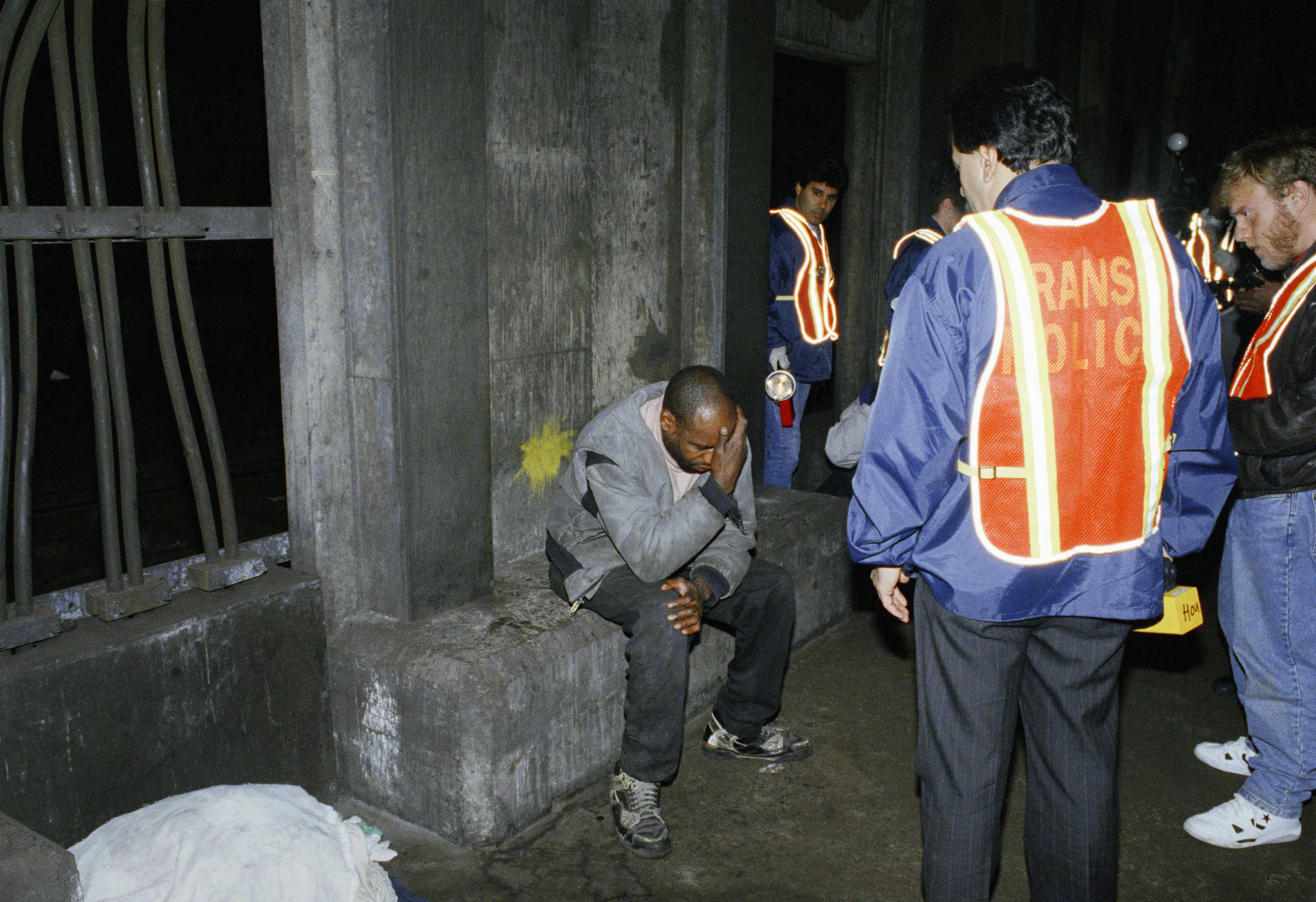 As many as 100 people would come to live in the Freedom Tunnel at the same time in the following years.

At one point, when media started to get interested, some of the tunnel's inhabitants would even charge visitors an entry fee – and attack those who refused.

"I didn't plan on eight-and-a-half, nine years of my life going into it," Isaac said in the 2013 documentary End of the Tunnel, released a year before his death. 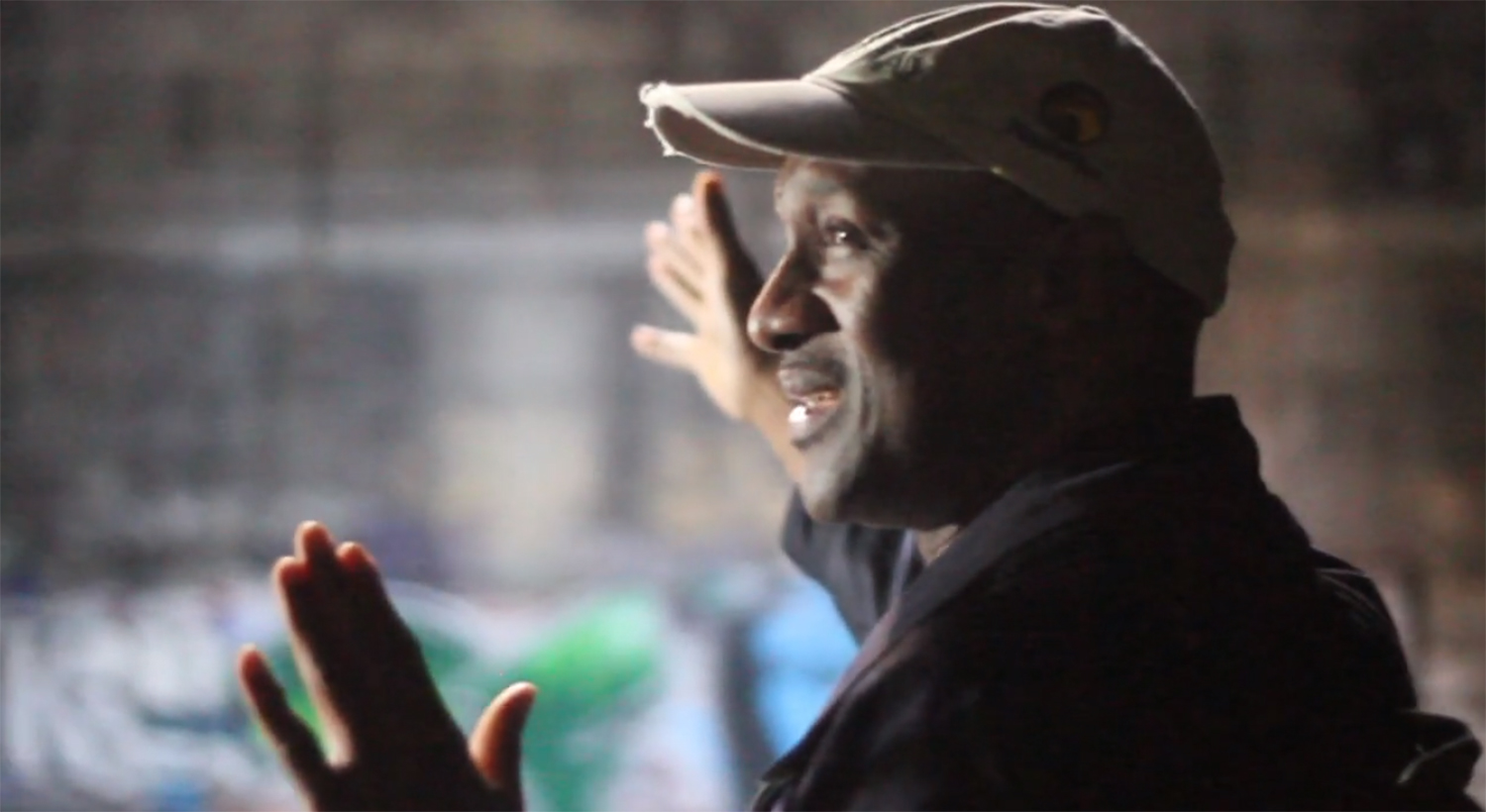 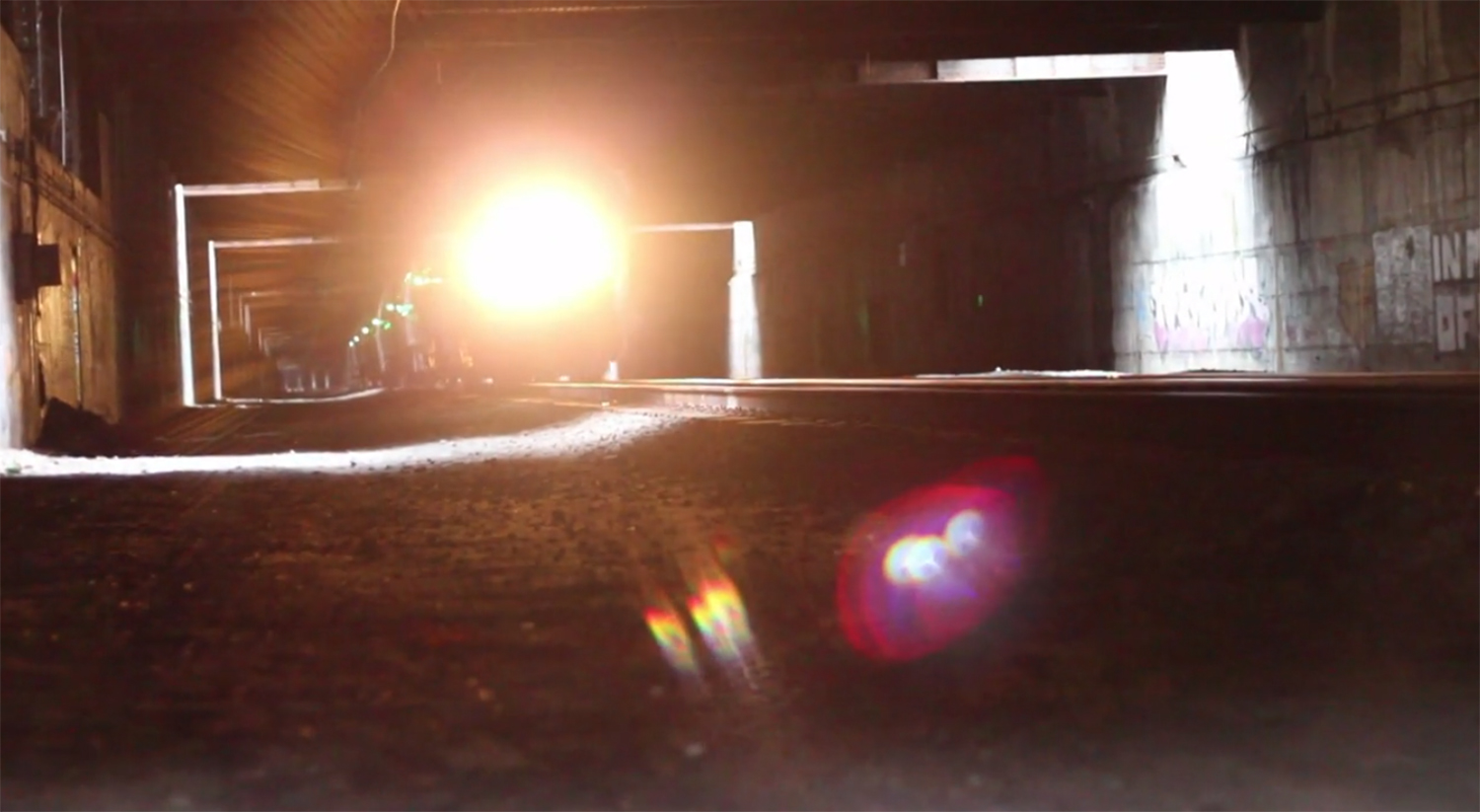 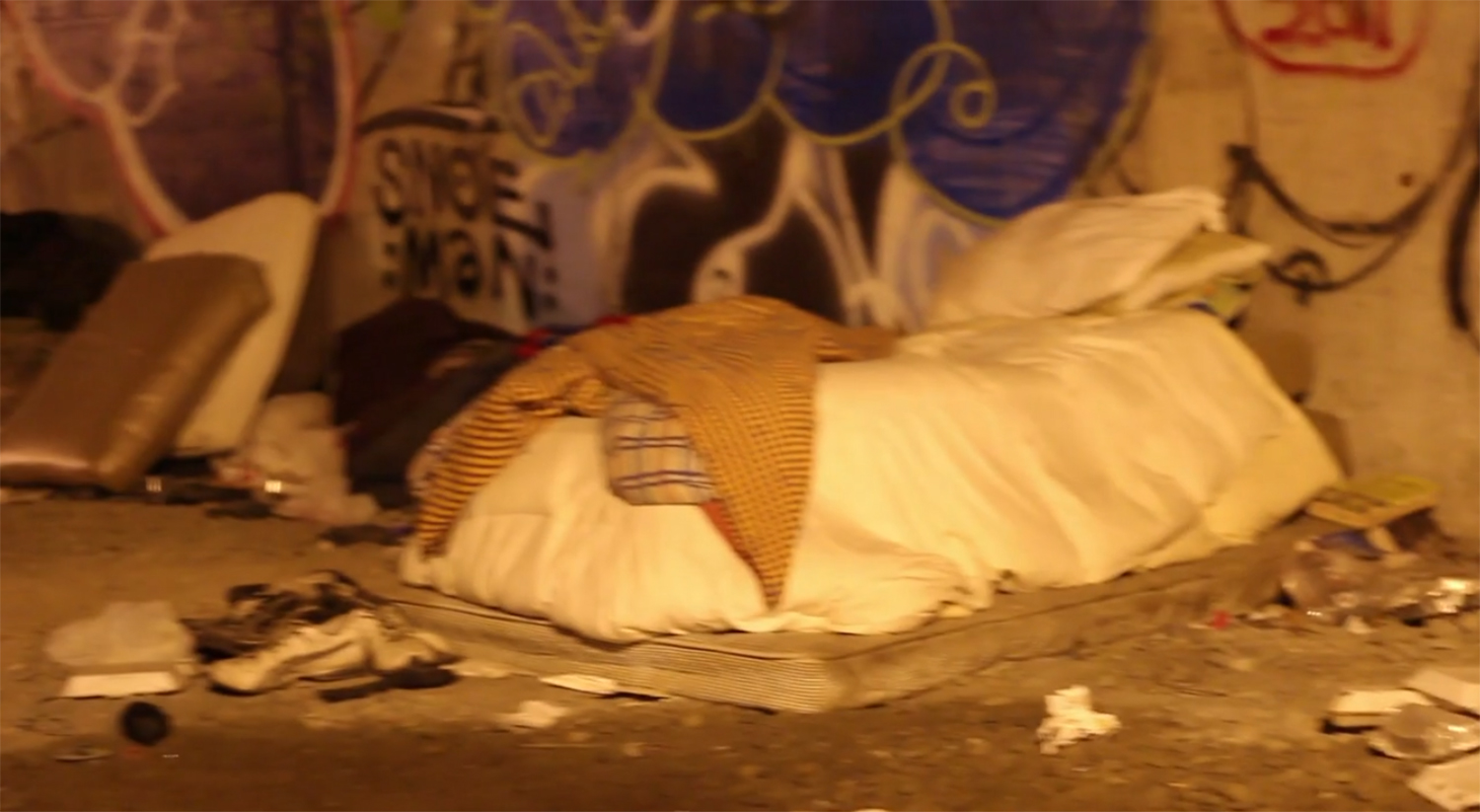 "What made it so alluring for me? It was the solitude."

Isaac, who was known as the Lord of the Tunnel because of his status in the underground community, survived by collecting cans and exchanging them for between $80-$100 a day at recycling centres.

He also had a key to the gate at the end of the tunnel which gave him and his friends some degree of safety.

But the tunnel was plagued with rats and sleeping in freezing temperatures during New York's winters made it extremely dangerous all the same.

And drugs were rife in the tunnel, with Isaac saying crack and powder cocaine caused problems with those who dwelled underground. 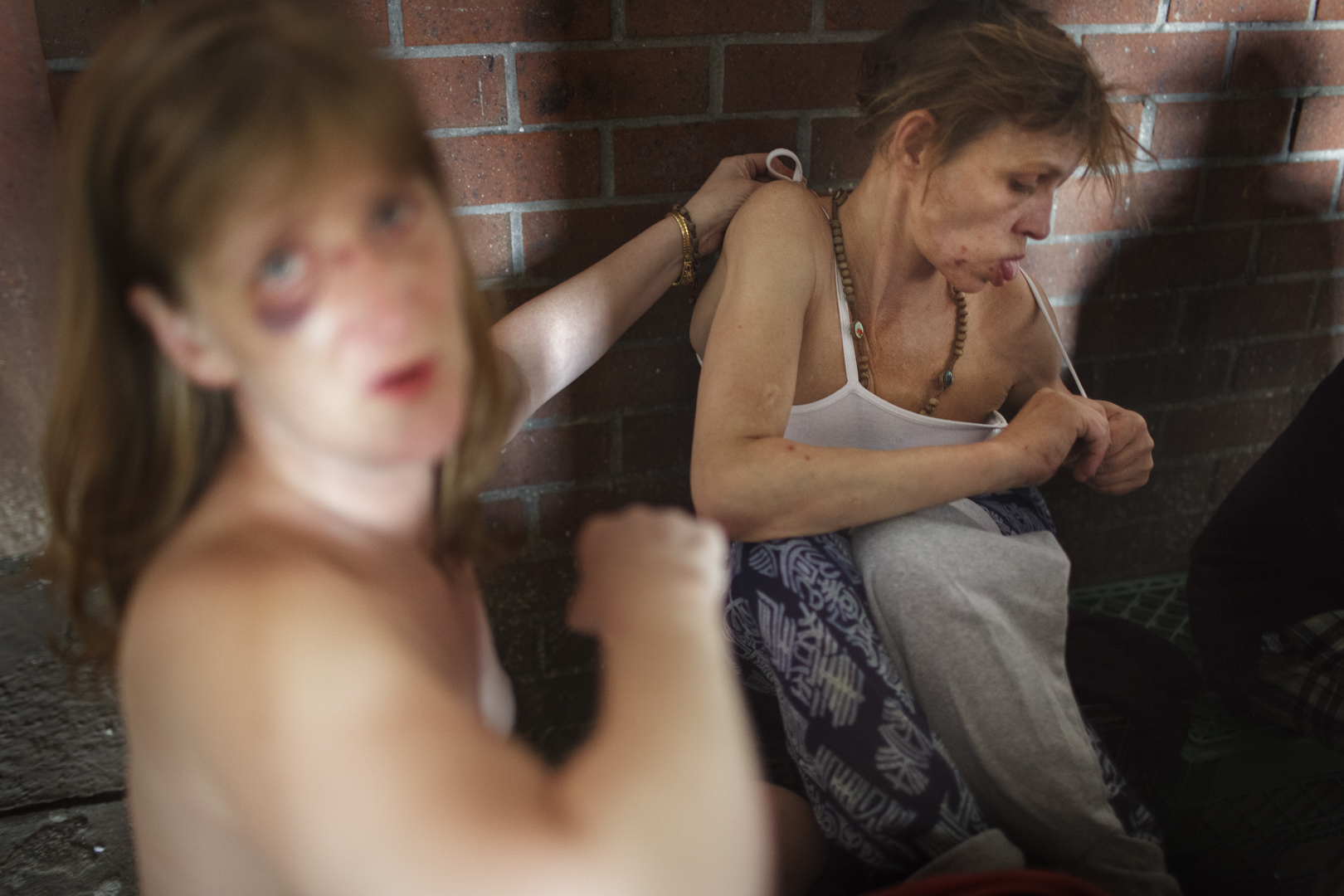 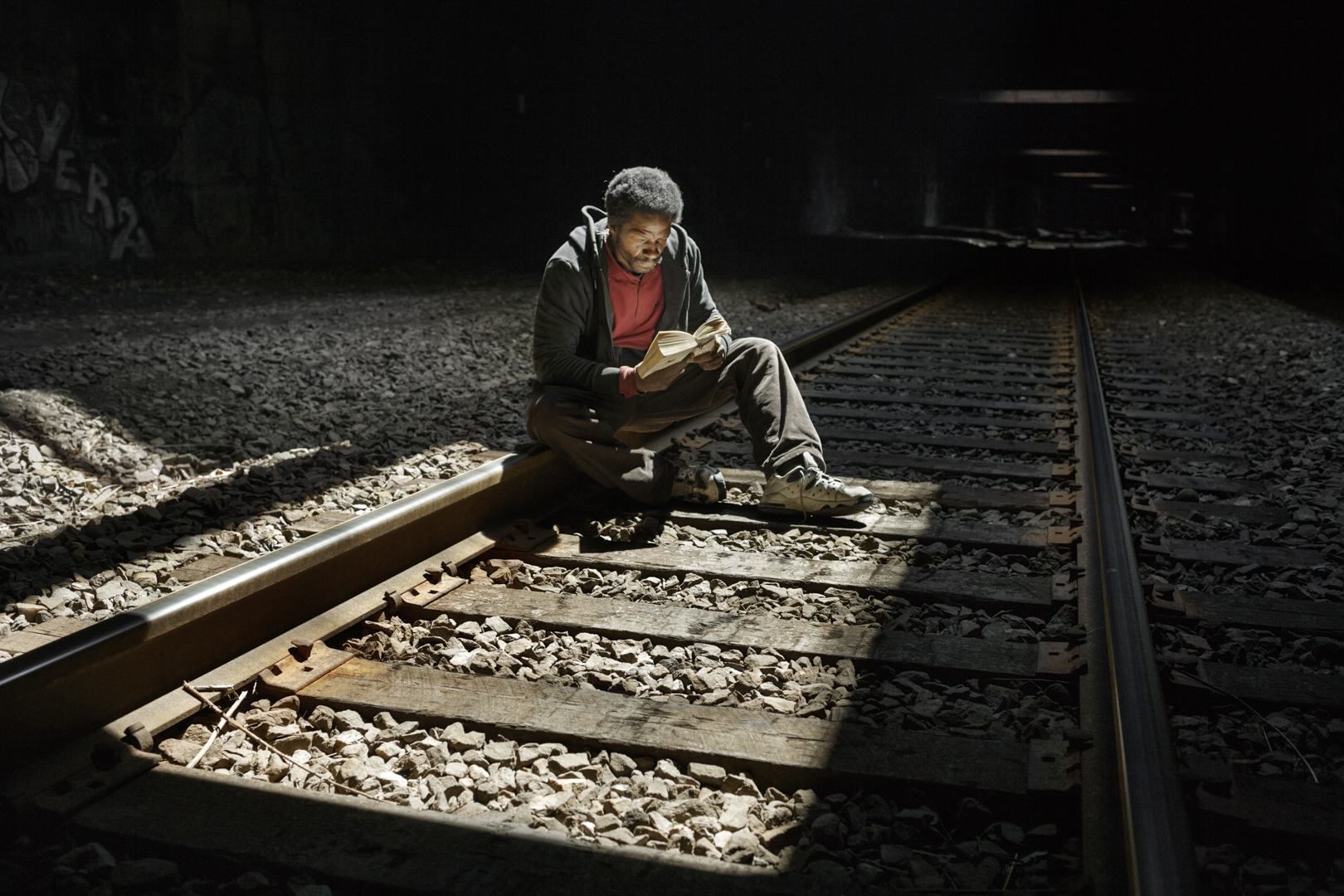 "It created more damn chaos, who could provide the next hit," Isaac said.

Amtrak decided to reopen the tunnel in 1991 and mass evictions were made and shantytowns were bulldozed.

Even after Isaac was forced to leave, he still looked back fondly on his years underground.

"This place is fascinating," he said. "I had my art museum, I had my flower garden, I had a train coming through my living room," he said.

'Living in the tunnels sucks, man'

Repeated attempt to move homeless people out of New York City's tunnels have been made, but underground networks continue to thrive.

Photojournalist Andrea Star Reese spent seven years documenting the lives of those surviving in Manhattan's underground rail tunnels between 2007 and 2014. 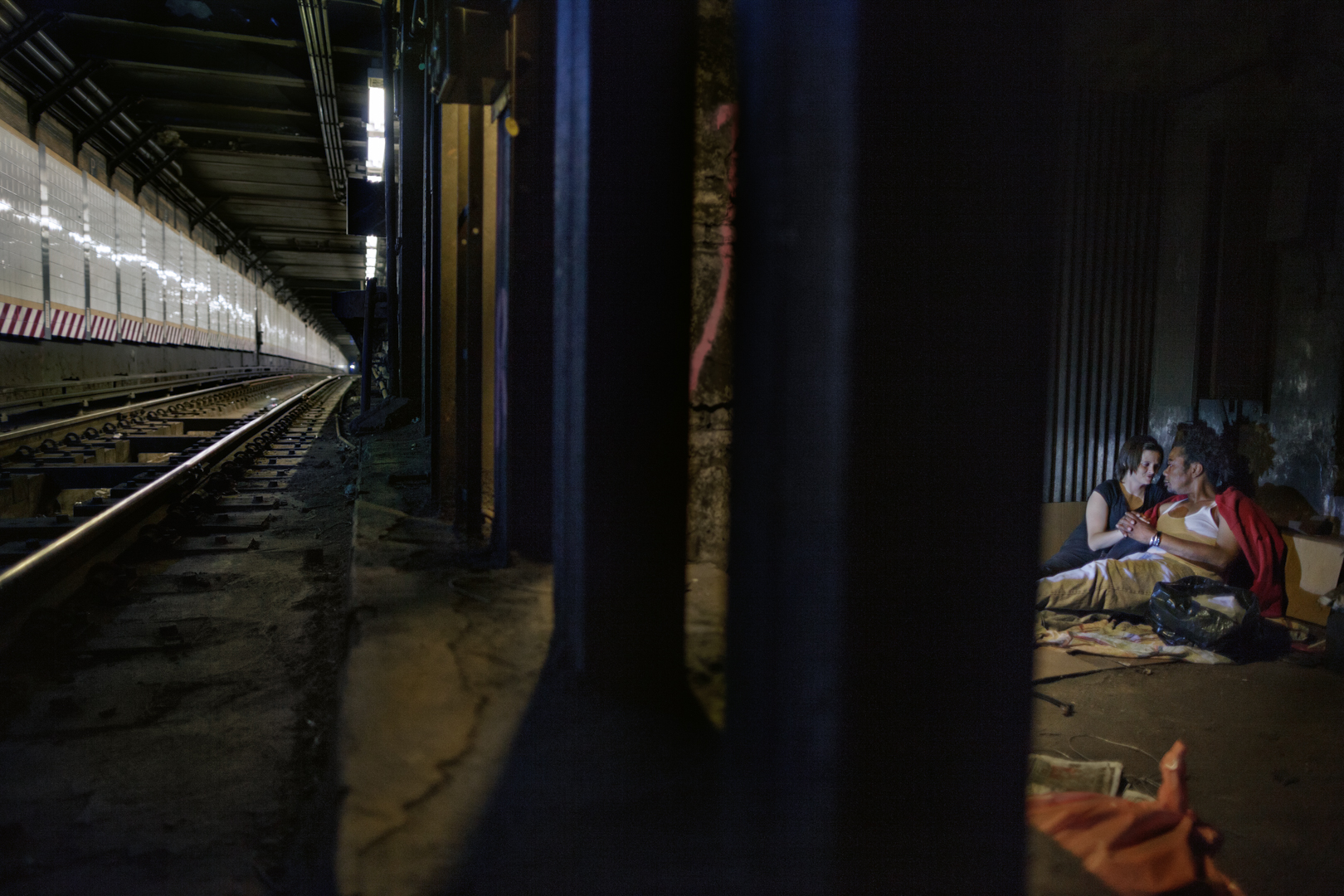 In that time, she was struck by the sense of community between the people she spent time with in the shadows.

"They are lovely, kind, generous people that have a disease, and maybe more than one," Reese told Of Note Magazine.

And people still continue to live in Manhattan's tunnels to this day. 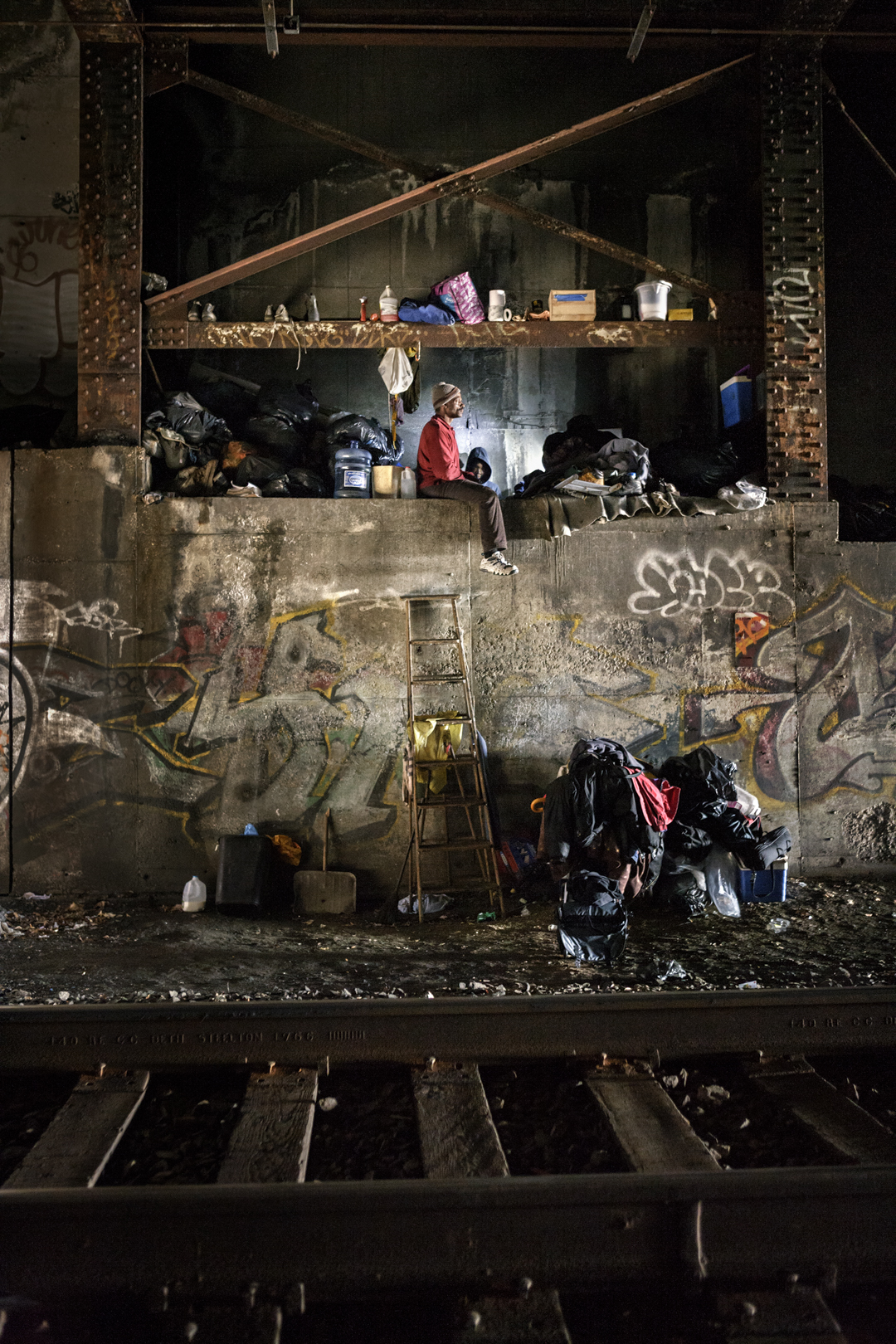 Rob Staskiewicz, a homeless veteran who spent 17 years in prison, spent another two living in tunnels beneath Penn Station and Hudson Yards.

"It’s horrible. You can’t shower, you can’t eat. There are people who only come out for supplies.

"You got tunnels uptown, you got subway tunnels that are cut off. Midtown is best cause there’s the most people around.”

But despite the difficulties of a life lived underground, not everyone in New York's tunnels wishes they were better off.

One woman in the Freedom Tunnel called Brooklyn, who lives in a tunnel below Riverside Drive, says she thinks people on above ground have the wrong mentality.

"It's called appreciate what you got," Brooklyn told NPR. "And hold on to it. And don't lose it.

"I don't know why people are miserable – they got everything that I don't have.

"And I'm happier than them."