INMATES held inside the UK's 'cushiest prison' are able to use laptops and mobile phones in their 'rooms' – despite a string of jailhouse scandals.

Lags at HMP Berwyn in Wales also have access to an education block, workshops and a 'health and wellbeing centre'. 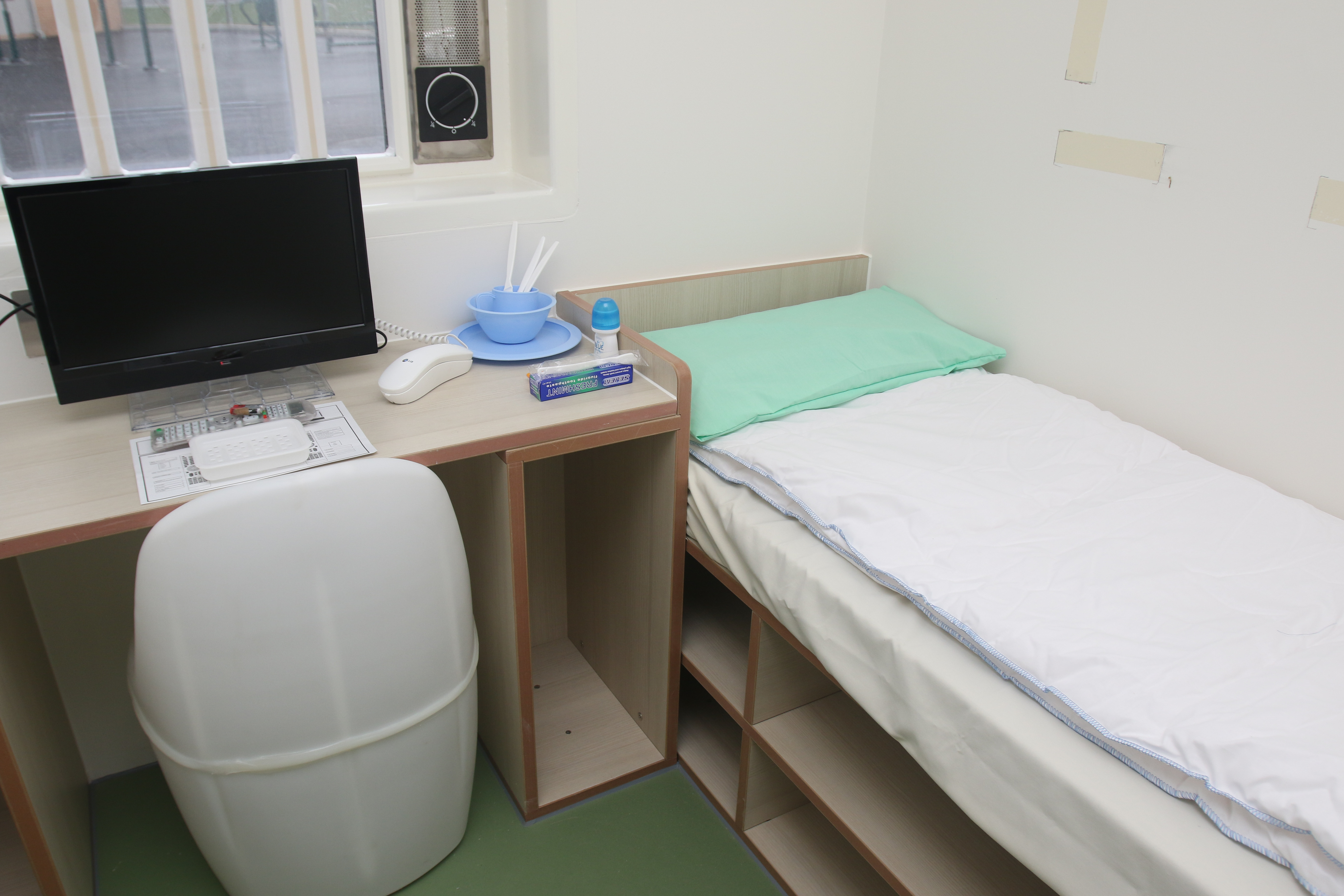 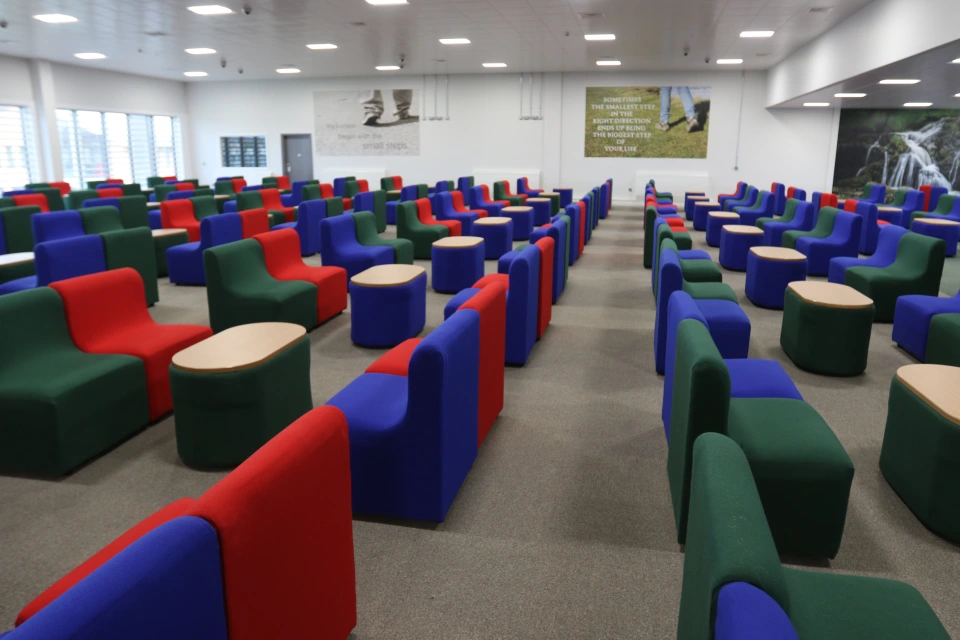 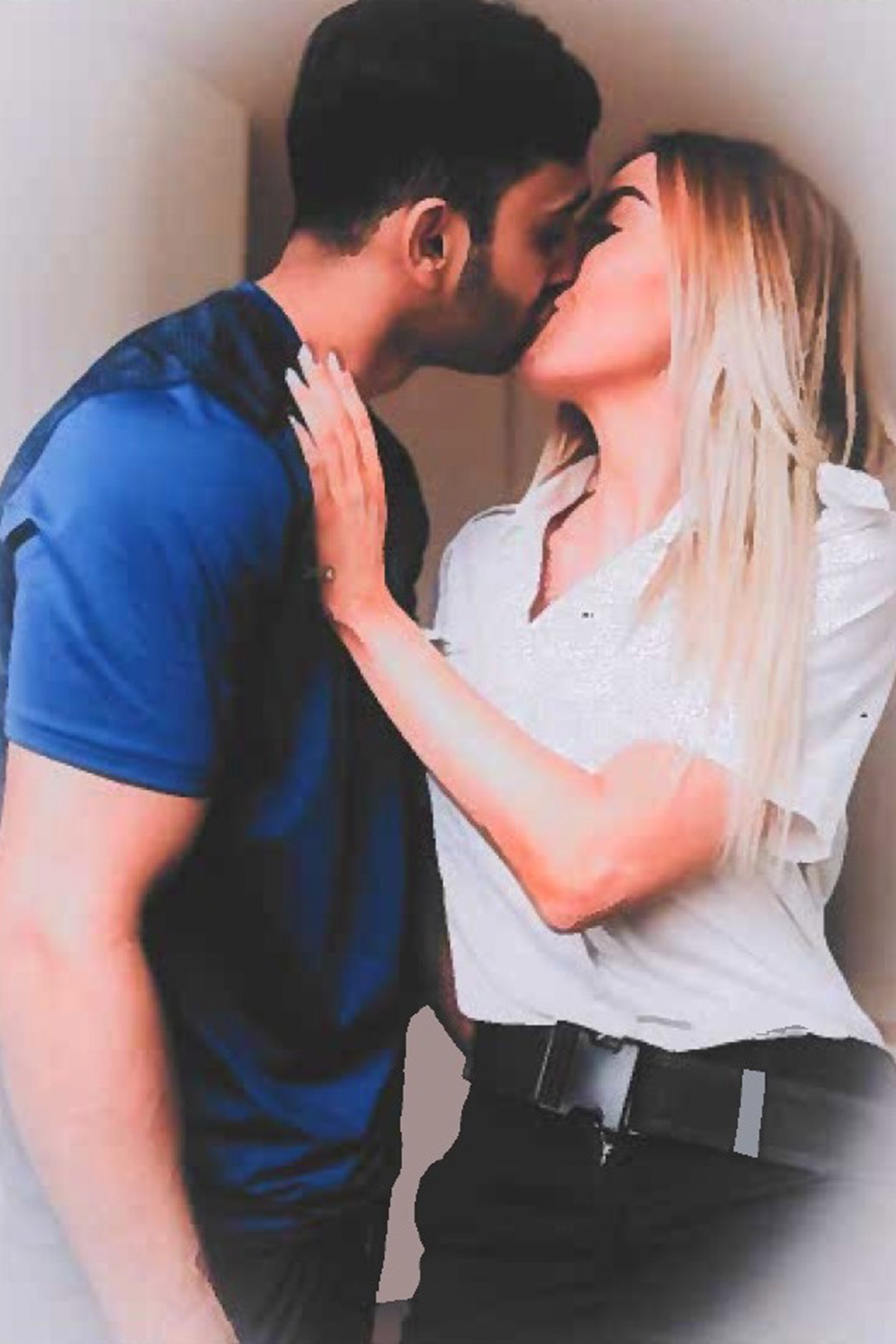 Crims are treated to special privileges despite drugs being 'readily available' inside the prison, while three female guards have been jailed in recent years for having relationships with inmates.

HMP Berwyn, which opened in 2017, was described as 'flagship' by Sarah Payne, then head of the prison service in Wales.
Prisoners were given access to laptops and phones, and wings were dubbed as 'communities.'

The laptops are used only for educational purposes and to help book visits from family , bosses said.

The facility featured an education block, workshops, a sports hall, football pitch and a 'health and wellbeing' centre. Prisoners could lock their own cells from the inside.

Despite the initial blaze of positive publicity around Berwyn the £250m jail soon began to experience the issues that blight the rest of the prison service.

In July 2018, The IMB (Independent Monitoring Board) revealed that illegal drugs were 'readily available' in the jail.

Luke Morris Jones suffered heart failure after smoking the synthetic cannabinoid Spice, and was found unresponsive in his cell at HMP Berwyn on March 31, 2018.

An inquest in November 2019 found that a failure to prevent drugs entering the prison contributed to the 22-year-old's death.

Despite the initial blaze of positive publicity around Berwyn, near Wrexham in North Wales,the £250m jail soon began to experience the issues that blight the rest of the prison service.

In July 2018, The IMB (Independent Monitoring Board) revealed that illegal drugs were 'readily available' in the jail.

Luke Morris Jones suffered heart failure after smoking the synthetic cannabinoid Spice, and was found unresponsive in his cell at HMP Berwyn on March 31, 2018.

An inquest in November 2019 found that a failure to prevent drugs entering the prison contributed to the 22-year-old's death.

Three female prison officers were jailed over recent years for having relationships with lags serving time at HMP Berwyn near Wrexham in North Wales. 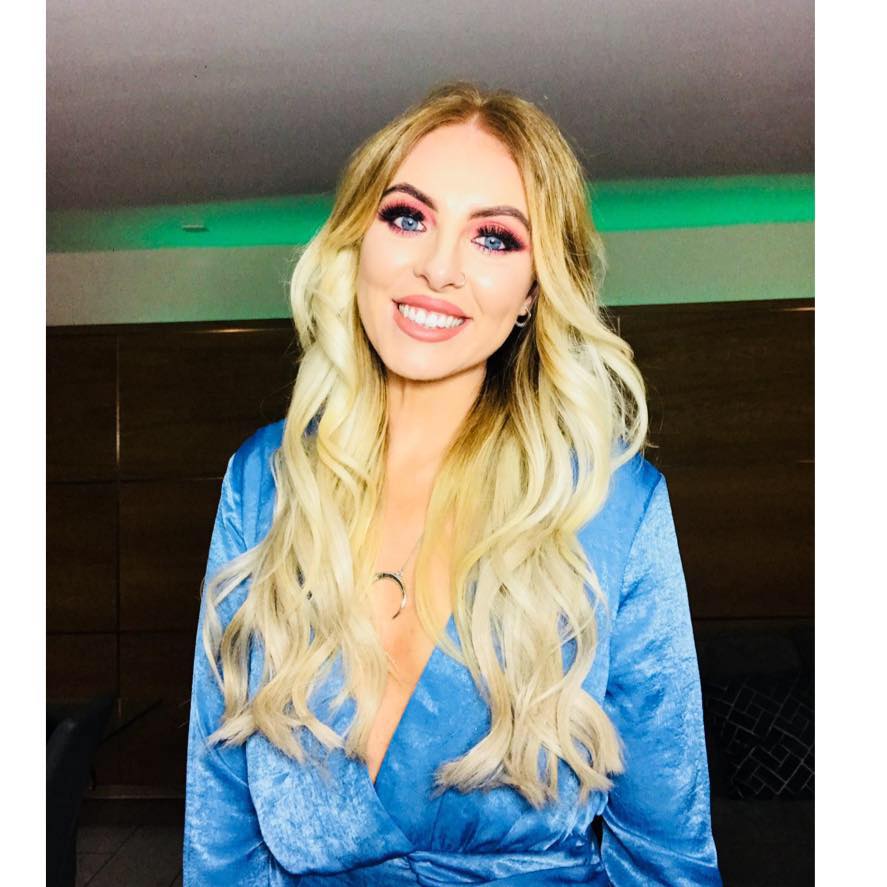 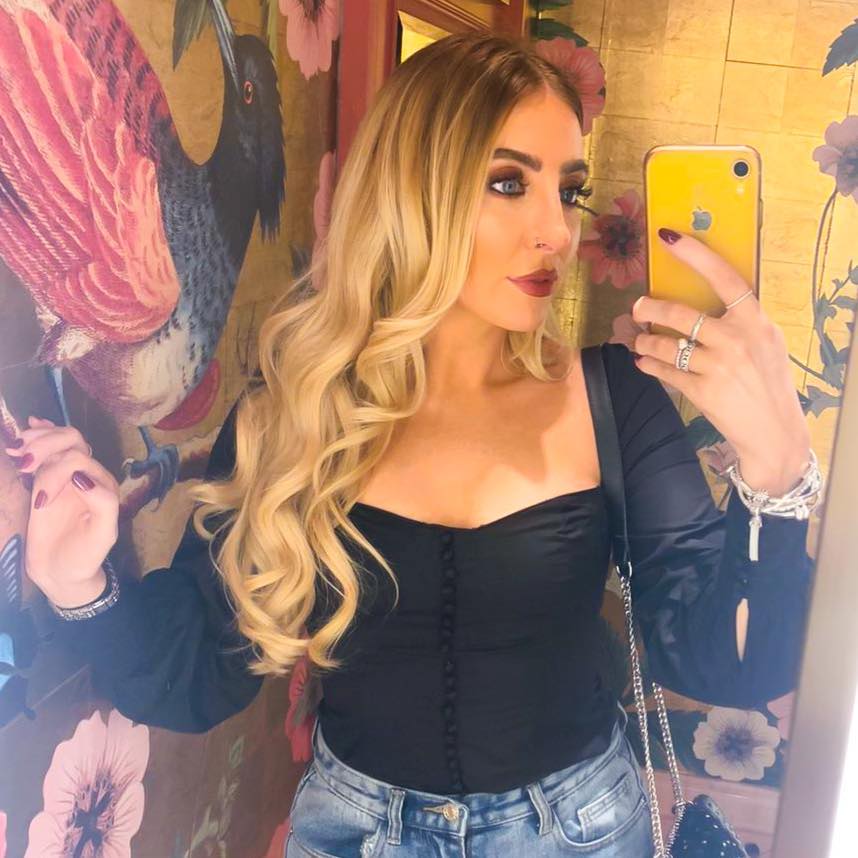 And staff clocking on for shifts face sniffer dogs and metal detectors to check for drugs and other contraband which could be smuggled into the complex.

Over 500 members of staff have now received 'corruption prevention training' over the last 18 months. The new measures follow a string of illegal relationships between prison officers and inmates at the jail.

Jennifer Gavan, 27, was jailed for eight months in December after smuggling a mobile phone behind bars for prisoner Alex Coxon, 25.

The couple got together around a year after Gavan sent photos of herself to Coxon on Snapchat and kissed him.
On December 23, her partner shared a photo of their son and wrote: "Christmas won't be the same this year but we will make it as good as we can little man. We love you mummy."

Gavan's prison fling came just one year after fellow officer Ayshea Gunn, 27, bedded “dangerous” inmate Khuram Razaq, 29. She made numerous sexual phone calls to Razaq while he was serving a 12-year sentence for conspiracy to rob.

The criminology and psychology graduate kept snaps of the pair kissing and hugging along with pictures taken in his cell.
Gunn, who also smuggled in a pair of knickers for her jail beau, was jailed for a year in 2019 at Mold Crown Court.

In one exchange, Razaq had told Gunn: 'I can't wait until next week. I am going to throw you on my bed.' In another, Gunn had sent screenshots of prison officers' WhatsApp chats including discussion about cell search tactics.

Fellow officer Emily Watson, 26, was also jailed for one year in 2019 for performing a sex act on an inmate in his cell.
Suspicions grew among her colleagues after they noticed Watson was spending so much time with John McGee in his cell.

The pair had been alone together in his cell on three occasions where she performed a sex act on him twice and had sex once.
Watson has recently given birth to a baby with a new partner but has declined to comment on the case.

Prison bosses said they were now renewing vetting of prison staff every 10 years, piloting social media checks for some higher risk roles such as prison officers, and introducing police national database checks to the criminal records checks already in place.

A Prison Service spokesperson said: “The overwhelming majority of Prison Service staff are hardworking and dedicated and we will not hesitate to punish those who break the rules.

“Over 500 members staff at HMP Berwyn have undertaken corruption prevention training in the last 18 months and our enhanced security is protecting the prison against attempts to smuggle illicit items inside.”

The most recent independent inspection into HMP Berwyn found security arrangements were good and the prison felt well ordered.

Sky is giving out set-top box upgrades for free – are you eligible?

An enhanced gate security at HMP Berwyn is protecting the prison against the small minority of staff who could attempt to smuggle illicit items through the routine searching of staff, the use of drug dogs and metal detectors.

The prison service has invested over £100 million in airport style security at prisons across the country which has blocked
more than 20,000 attempts to smuggle contraband into prisons. 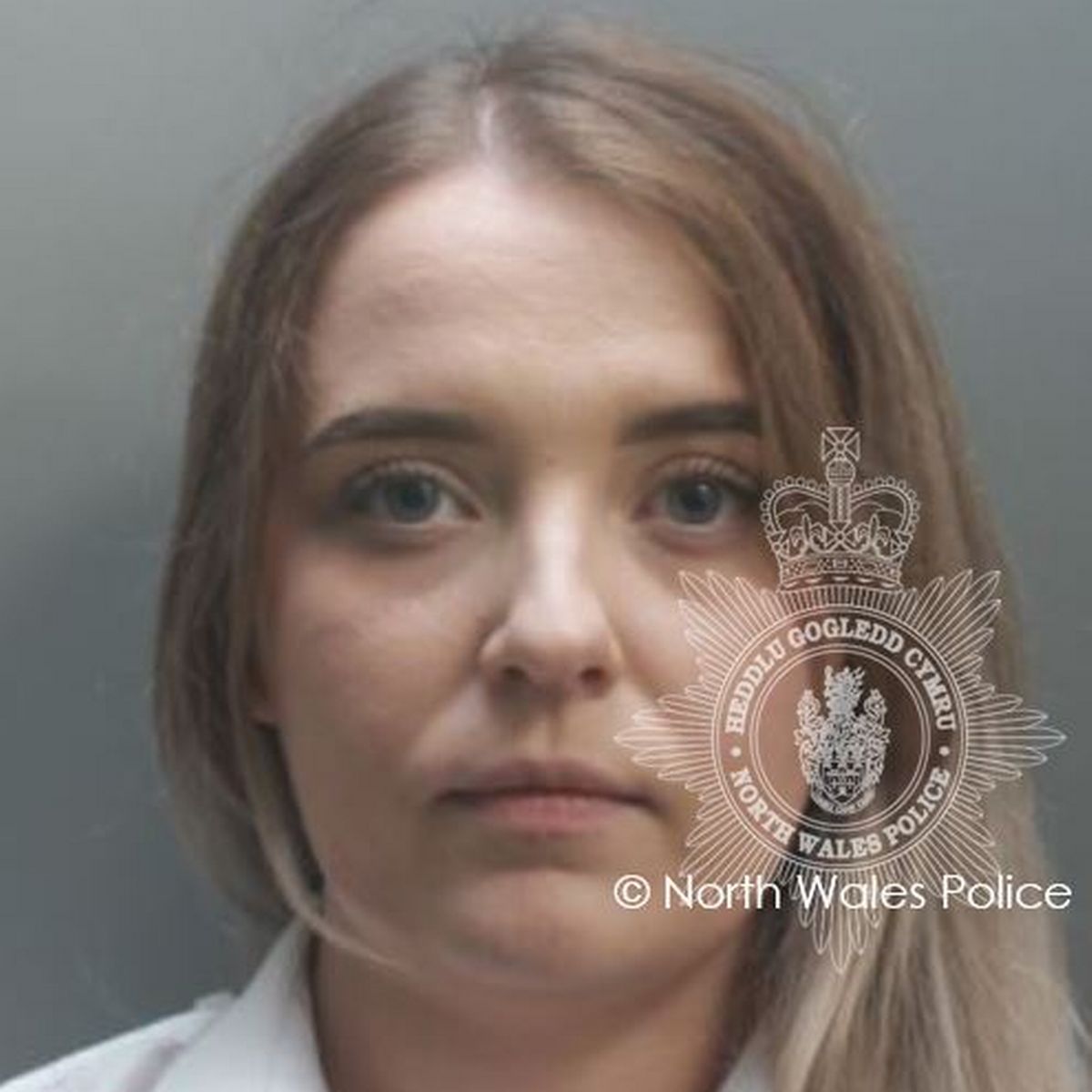 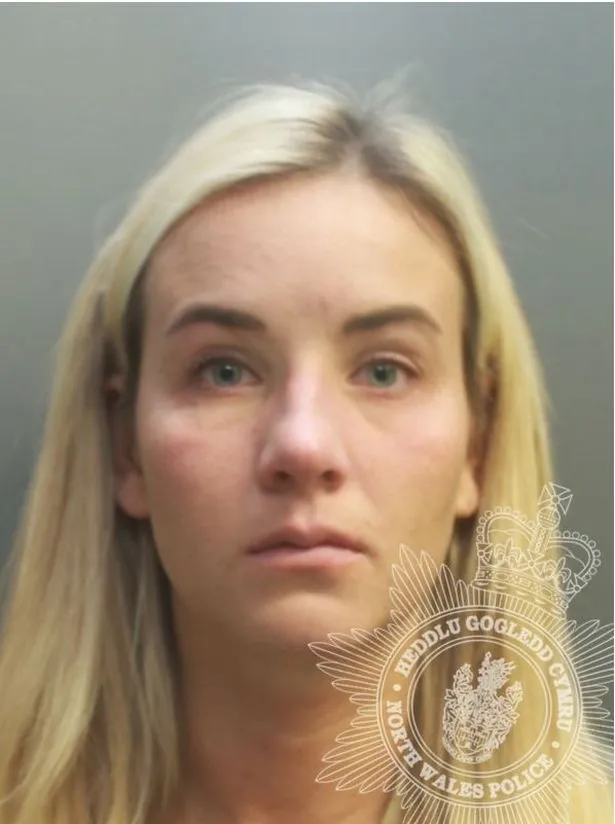