Ministers could scrap hotel quarantine rules for fully-vaccinated travellers as they prepare to deliver an update to the travel red list this afternoon.

Senior ministers are reportedly considering a dramatic overhaul of the rules after they admitted the domestic spread of Omicron means the system now requires a rethink.

The red list was resurrected last month following the emergence of the new coronavirus variant as ministers tried to prevent importing cases into the UK.

However, the variant is now running rampant across the country, with Health Secretary Sajid Javid having admitted the justification for the current border system has been ‘minimised’.

An announcement on the red list is expected to be made by Transport Secretary Grant Shapps later today. 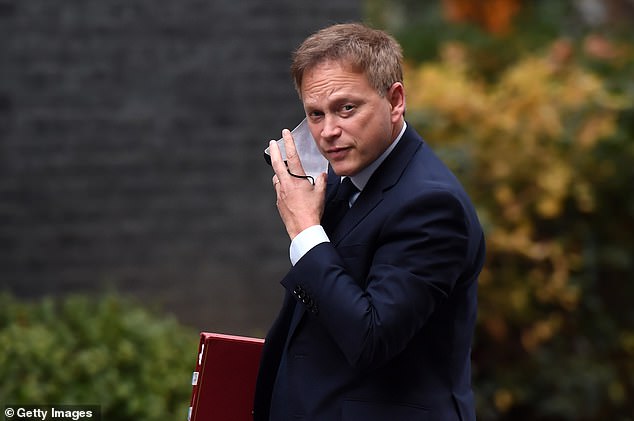 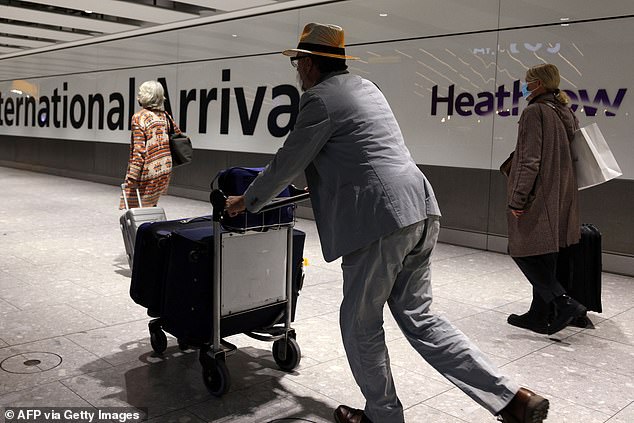 People arriving in the UK from 11 African countries including South Africa, Nigeria and Zambia must currently spend 11 nights in a quarantine hotel at a cost of £2,285 for solo travellers.

But The Telegraph reported that the Cabinet’s Covid-19 operations (Covid-O) committee will this afternoon discuss scrapping the policy for fully-vaccinated arrivals ahead of Christmas.

Other rules introduced due to Omicron fears included requiring fully-vaccinated travellers entering the UK to take a pre-departure test, and to self-isolate until they receive a negative result from a post-arrival PCR test.

The issue was raised in the House of Commons yesterday as Labour former minister Ben Bradshaw called for the ‘very draconian, costly and complex’ travel rules to be axed.

In response, Mr Javid said: ‘I think (Mr Bradshaw) makes a very good point, given that we already know that the Omicron variant is fast becoming the dominant variant in our capital city, spreading rapidly throughout the country, the justification for having those rules is minimised.

‘It’s something that I’ve already raised with my colleagues in the Department for Transport and I do hope that we can act quickly.’

Aviation chiefs responded with fury to the Government bringing back the red list and imposing new testing rules, and any move to make travel easier will be welcomed by the beleaguered sector.

Industry leaders have urged the Government not to keep the tougher testing and quarantine rules in place for longer than necessary.

Paul Charles, chief executive of travel consultancy The PC Agency, said: ‘With Omicron so prevalent in the UK, the inbound red list is now irrelevant and should have no countries on it. That would also mean the end of hotel quarantine.

‘No Government would want to be putting inbound travellers in forced hotel isolation during the Christmas period, so ministers will have to abandon it.

‘If they don’t lift restrictions fully, especially testing, then support measures will be urgently needed to help protect jobs in the travel sector and the Treasury has been surprisingly silent on this.

‘Ministers have to adopt individual not blanket measures. Those who have been fully boosted should have no restrictions placed on them at all, if only to act as an incentive for people to get topped up.’

Sir Mike Gooley, founder and chairman of travel firm Trailfinders, said ‘it doesn’t seem to be quite a logical process’ in relation to the current travel rules.

He told Sky News the sector is ‘already on its knees’, adding that the latest requirements are ‘completely inappropriate and over the top’.