Investors and pension savers in Britain face possible financial losses after two major investment banks issued profit warnings amid a crisis at a US hedge fund.

Nomura and Credit Suisse could lose billions of pounds after the fund defaulted on margin calls, putting investors on edge about who else might have been caught out.

Losses at New York-based Archegos Capital Management, which is run by trader Bill Hwang, had triggered a fire sale of stocks worth more than £15billion last Friday.

The warnings on big losses triggered a sell-off in banking stocks around the globe today, with Credit Suisse shares tumbling 14 per cent in their biggest fall in a year.

Nomura of Japan closed down 16.3 per cent in what was a record one-day drop, while Morgan Stanley fell nearly 4 per cent and Goldman Sachs slid 1.5 per cent.

Investors remained nervous about whether the full extent of the Archegos apparent wipeout has been realised or whether there was more selling to come. This could lead to falls in the value of pensions which are exposed to global banking stocks.

But the broader impact on markets appeared limited, with the US benchmark S&P 500 flat in morning trading and the FTSE 100 closing at minimal change on the day. 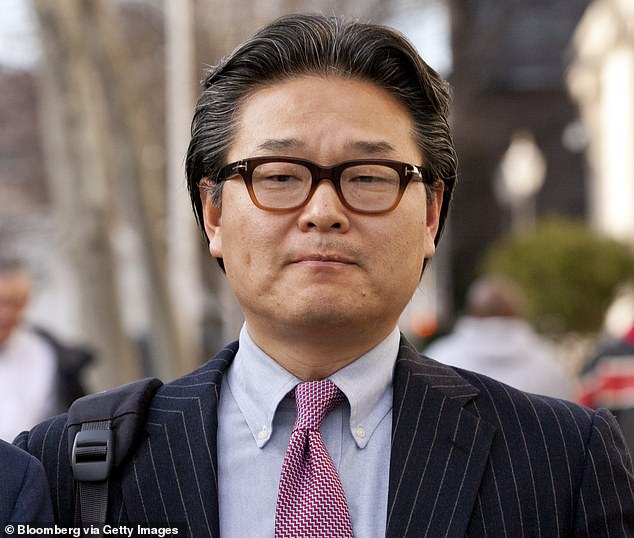 Losses at New York-based Archegos Capital Management, which is run by trader Bill Hwang (pictured in 2012), had triggered a fire sale of stocks worth more than £15billion last Friday 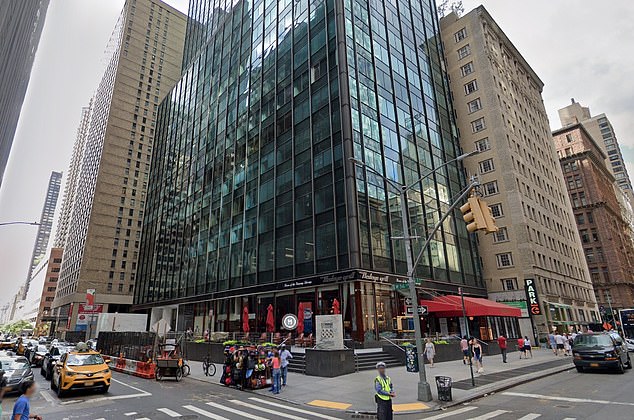 Archegos Capital Management is based in this office on 7th Avenue in Manhattan, New York

In London, concerns over the exposure of banks to the crisis were balanced by positive sentiment over the partial relaxation of Covid-19 regulations today.

People across England have begun taking advantage of the relaxation of lockdown measures today as outdoor gatherings and sport events resumed.

What is a margin call?

A margin call is when a bank asks a client to put up more collateral if a trade partly funded with borrowed money has fallen sharply in value.

If the client cannot afford to do that, the lender will sell the securities to try to recoup what it is owed.

In this case, Archegos Capital is said to have defaulted on margin calls.

Russ Mould, director at Manchester-based AJ Bell investment, said: ‘An easing of restrictions in England failed to act as a catalyst for the FTSE 100.

‘With both Credit Suisse and Nomura warning of a hit in the fallout from the saga, investors have been reminded of the interconnectedness of the global financial system and how this creates a risk of contagion when something goes wrong.’

The blue-chip FTSE 100 index ended down 0.08 per cent, with bank stocks including HSBC Holdings, Barclays and Prudential Financial Inc falling between 1 per cent and 1.8 per cent.

Connor Campbell, an analyst at Spreadex in London, added: ‘We had Credit Suisse saying this morning ‘we are going to suffer losses’ and it’s potentially a matter of time until more companies come out and say the same.’

And Alex Brazier, head of financial stability strategy and risk at the Bank of England, said it was monitoring events ‘very closely and the supervisors of the relevant firms are closely engaged’.

In the US, Dennis Dick, head of market structure at Bright Trading in Las Vegas, said: ‘You continue to see strength in the overall market. There is not fear of selling stocks all together, there’s just fear in pockets of the market.’

Nomura, Japan’s largest investment bank, warned it faced a possible £1.5billion loss due to transactions with a US client. Nomura, Japan’s largest investment bank, warned it faced a possible £1.5billion loss due to transactions with a US client. Its headquarters in Tokyo are pictured today 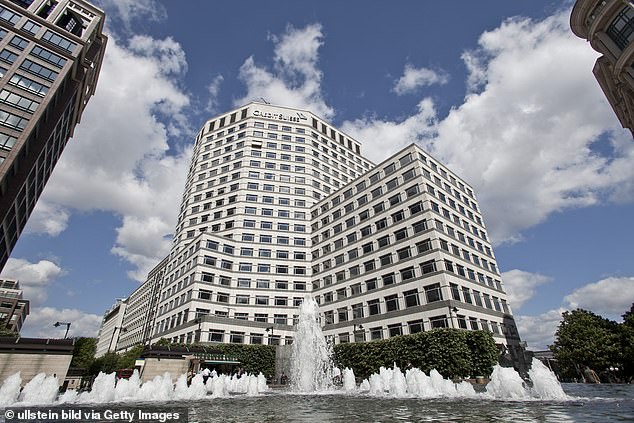 Credit Suisse shares were sent tumbling 14 per cent in their biggest fall in a year. Their offices in Canary Wharf, East London, are pictured

And Credit Suisse of Switzerland said a default on margin calls by a US-based fund could be ‘highly significant and material’ to its first-quarter results.

Who is Bill Hwang?

Bill Hwang, the son of a Korean preacher, is the founder and co-chief executive at Archegos Capital Management in New York.

The investor has a bachelor’s degree in economics from from the University of California and also completed an MBA at Carnegie-Mellon University.

Mr Hwang founded and ran Tiger Asia from 2001 to 2012, before turning the firm into a family office and renaming it Archegos Capital Management in 2013.

Archegos is based on 7th Avenue in Manhattan, New York. Tiger Asia was a Hong Kong-based fund that sought to profit on bets on securities in Asia.

In 2012, Mr Hwang settled insider trading charges by the US Securities and Exchange Commission. He and his firms at the time agreed to pay £32million to settle.

In his portfolios Mr Hwang is known to use outsized leverage to magnify his bets.

Mr Hwang also previously worked as an equity analyst at Tiger Management, as well as an institutional equity salesman at both Peregrine Securities and Hyundai Securities.

The Swiss bank said that a fund had ‘defaulted on margin calls’ to it and other banks, meaning they were now in the process of exiting these positions.

Two sources said Credit Suisse’s losses were likely to be at least £700million. One of those sources said the losses could go as high as £3billion.

Switzerland’s financial regulator said it was aware of the case and was in touch with Credit Suisse about it.

In Japan, Chief Cabinet Secretary Katsunobu Kato said the government would carefully monitor the situation at Nomura and that the Financial Services Agency would share information with the Bank of Japan.

Other banks’ shares were affected, with Deutsche Bank down 5 per cent, while UBS was 3.8 per cent lower.

Deutsche Bank said it had significantly de-risked its Archegos exposure without incurring any losses and was managing down its ‘immaterial remaining client positions’, on which it did not expect to incur a loss.

The scale of the losses at banks is likely to prompt questions about banks’ oversight of their exposure to Archegos.

‘If the figures one can read about Credit Suisse are accurate, there is clearly a big risk management problem,’ said Jerome Legras, managing partner and head of research at Axiom Alternative Investments, which invests in banks and insurers.

Bloomberg reported that the leverage provided to Archegos by banks including Nomura and Credit Suisse was through swaps or contracts-for-difference, citing sources, meaning they would not have to disclose holdings publicly.

Mr Hwang did not respond to a message on LinkedIn. A person at Archegos who answered the phone declined to comment.