Iran is 'a few weeks' from putting together a nuclear bomb

Kamal Kharrazi, senior advisor to Ali Khamenei, supreme leader of Iran, made the threatening boast yesterday.Speaking to Al Jazeera Arabic, Mr Kharrazi explained “in a few days we were able to enrich uranium up to 60% and we can easily produce 90% enriched uranium…

“Iran has the technical means to produce a nuclear bomb but there has been no decision by Iran to build one.”

The Middle Eastern country has said for a long time that it is not looking to build a nuclear weapon. Mr Kharrazi’s comments come after US President Joe Biden visited the Middle East last week.

In his first tour of the area as president, Mr Biden visited Israel and Saudi Arabia, reportedly focusing on encouraging a collective attempt to thwart threats coming from Iran. Iran accused the US of trying to incite tensions across the Middle East through “Iranophobia” the day after Mr Biden ended his tour.

Iranian foreign ministry spokesman Nasser Kanani said in a statement on Sunday: “The US is once more trying to create tensions and crises across the region through relying on the failed policy of Iranophobia.”

The statement said the US was “the first country to deploy a nuclear bomb, that it constantly interferes with other countries’ affairs, has launched armed conflicts, and has sold massive amounts of arms across the region”. 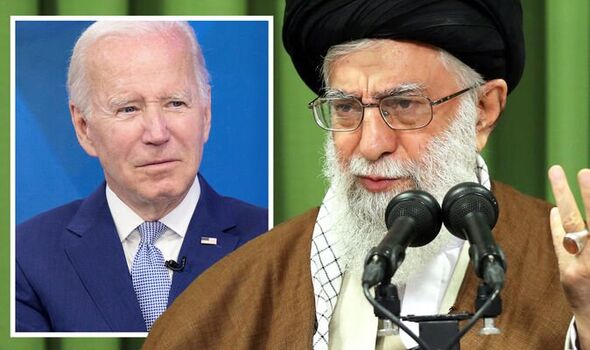 Referring to Washington’s continued support for Iran’s archenemy Israel, Kanani said the US was “the main accessory to continued occupation in Palestinian lands, daily crimes of the regime against Palestinians, and apartheid”.

While Mr Biden has made it clear he will continue to put diplomatic action first, the President warned on the trip that he would use military force against the regime as a “last resort” to stop it acquiring a nuclear weapon. At a summit in Jeddah that brought together six members of the Gulf Cooperation Council (GCC), as well as Egypt, Jordan and Iraq, Mr Biden promised the Arab leaders that Washington is not withdrawing from the region.

He said: “We will not walk away and leave a vacuum to be filled by China, Russia, or Iran.”

Last week Iranian President Ebrahim Raisi promised a “harsh and regrettable response” if the US and its allies were to make a “mistake” concerning Iran. 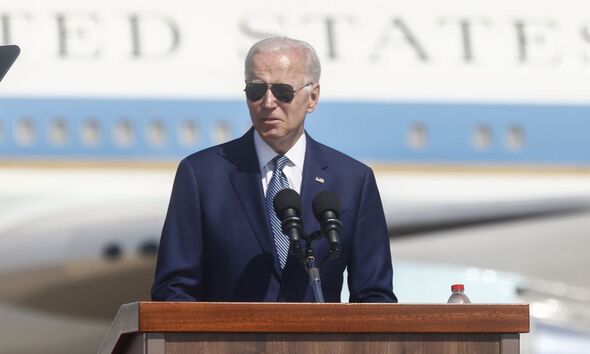 The Iranian foreign ministry has renewed its commitment not to create nuclear weapons.

It also rejected the “false accusations” by Mr Biden, and accused the US of “turning a blind eye” to Israel’s nuclear programme for decades.

Israel is widely believed to be the only power in the Middle East to possess dozens of nuclear weapons.

However, it refuses to declare them or allow international inspection. 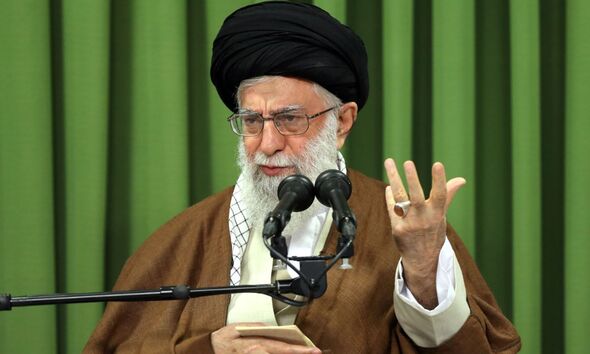 These crises are partly the result of sanctions on the country, with Iran previously being the most sanctioned country in the world before Russia invaded Ukraine and saw a severe backlash from the West. Multiple politicians, artists and civil rights activists have reportedly been arrested by Iran’s Revolutionary Guards recently.

The arrested people include Mostafa Tajzadeh, a former deputy interior minister and vocal critic of Ayatollah Khamenei; six members of the “Mothers for Justice”, women who lost their sons in the 2019 nation-wide protests, world-renowned film directors Jafar Panahi and Mohammad Rasoulof, and Mostafa Aleahmad, a documentary filmmaker.

At least 15 people were detained within the first two weeks of July, according to the US-based Center for Human Rights in Iran (CHRI).