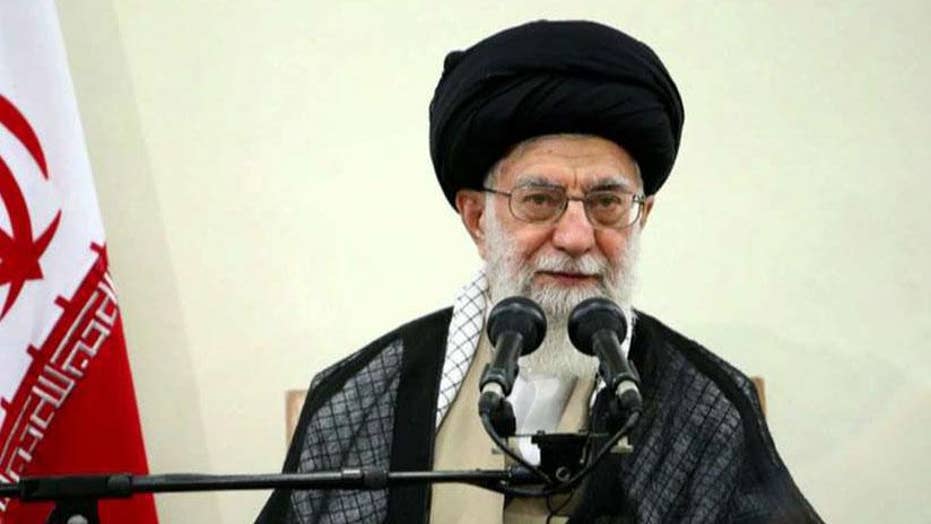 Ayatollah Khamenei doubles down on Iran’s commitment not to engage in talks with the United States; Trey Yingst reports.

The drone was reportedly  hit in the early morning at the port city of Mahshahr, which is in the oil-rich Khuzestan province and lies on the Persian Gulf.

“The downed droned definitely belonged to a foreign country. Its wreckage has been recovered and is being investigated,” the governor of Khuzestan, Gholamreza Shariati, said, according to the official IRNA news agency.

He said the drone violated Iran’s airspace but did not provide any additional information, including whether it was a military or civilian drone.

A U.S. military official told Fox News on Friday that all American drones are accounted for and none have been shot down.

The Pentagon official, when asked if any U.S. drone crashed or malfunctioned in the region on Friday, said: “There is no operation reporting of any (U.S.) drone going down.”

There was no immediate response from Iran’s foe Israel.

In June, Iran shot down a U.S. surveillance drone in the Strait of Hormuz. Tehran said the drone "violated" its territorial airspace, while the U.S. called the missile fire "an unprovoked attack" in international airspace over the narrow mouth of the Persian Gulf.

Regional tensions remain high over Tehran's collapsing nuclear deal with world powers, which the U.S. unilaterally withdrew from over a year ago.