Supreme Leader Ayatollah Ali Khamenei appears to be losing his iron grip on power in the Islamic Republic as protesters in Iran continue to brazenly defy government orders. Last night protesters briefly hacked Iranian state-run television and interrupted a speech by Ayatollah Ali Khamenei on the news bulletin. The protesters replaced the speech with an image of the Supreme Leader with a target on his head and surrounded by flames.

The protesters also featured a call for fellow Iranians to “join us and rise up,” next to a photograph of 22-year-old Mahsa Amini, whose death sparked the nationwide demonstrations.

The interruption also read “the blood of our youth is on your hands” and included photos of three other women killed in recent protests.

The brief interruption on IRIB lasted for approximately 15 seconds before the channel returned to a visibly stunned news anchor.

The hacker group, known as Edaalate Ali, later tweeted a clip of the interruption and added: “We ask all our dear compatriots to share the hacked image with friends and acquaintances so that we can convey the good news of the overthrow of the regime to everyone and write their names on their tombstones.” 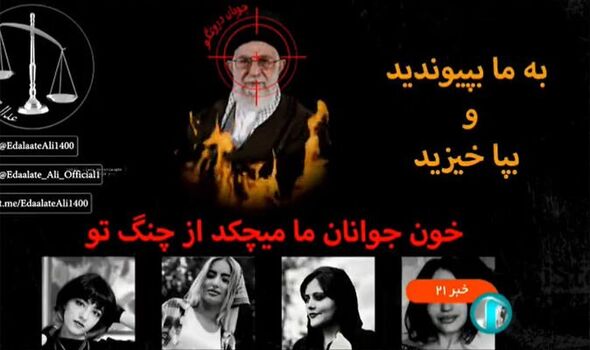 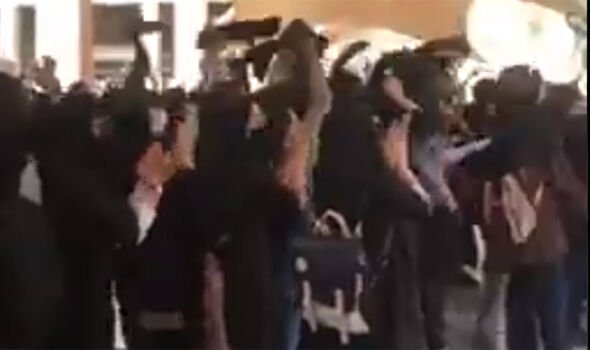 Ms Amini was detained in Tehran on 13 September by morality police for allegedly not covering her hair properly.

The 22-year-old Iranian Kurd died in custody on 16 September, three days after her arrest.

On Friday, Iran state corner enraged protesters further after claiming Ms Amini had died from multiple organ failure – and not from blows to the head, as her family and protesters argue.

A group of furious women students in the capital Tehran vented their anger on Saturday after they were filmed chanting “get lost” at President Ebrahim Raisi. 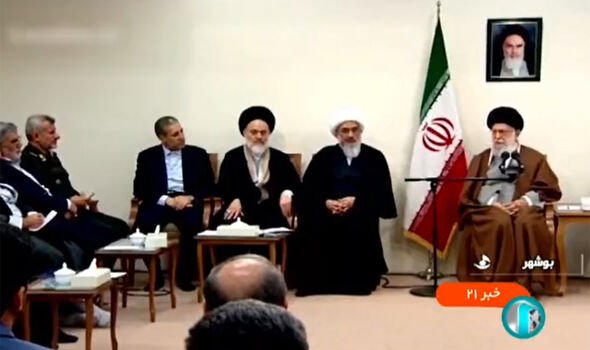 President Raisi had visited their university campus and condemned the protests.

In response, students at Al-Zahra University, an all-female university in Iran, shouted: “Death to the oppressor, whether it is a king or a supreme leader.”

The recent wave of anti-hijab protests has become the biggest threat to the Islamic regime in years. 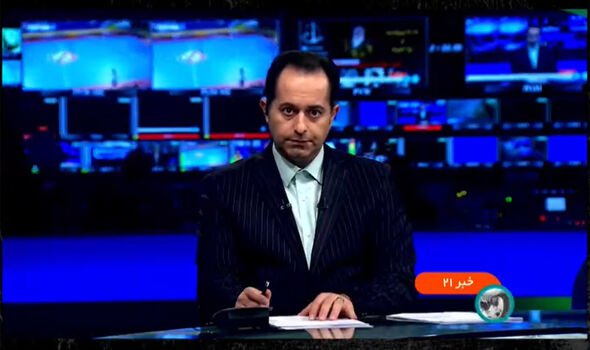 Young women across the country have defiantly torn off their headscarves and called for the overthrow of the regime.

School girls have also been seen marching down the streets waving their mandated hijabs and shouting “death to the dictator”.

Demonstrations against the regime have entered their fourth week amid increasingly heavy crackdowns by security forces.

Human rights groups say more than 185 people have been killed, along with hundreds injured and thousands arrested by security forces.

On Saturday, at least two people were killed in the city of Sanandaj, including a man shot in his car after he pressed his horn in support of protesters.