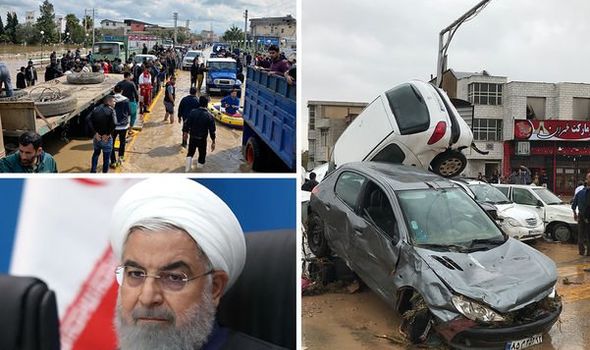 Dr Nina Ansary is an award-winning American-Iranian author, historian and expert on Iran. She also sits on the board of the New York-based Centre for Human Rights in Iran (CHRI). In the wake of catastrophic flooding in the beleaguered Middle Eastern nation, the researcher has spoken to Express.co.uk about the dire situation to voice concerns about the Iranian regime’s handling of the disaster which has left hundreds injured and tens of thousands displaced.

The historian questioned the inadequate response of the Iranian authorities, which she contended “do not have the best of interests of the people in mind” after floods ravaged the homes of thousands, with the historic city of Shiraz the worst hit by the devastation.

Dr Ansary argued the Iranian regime has “squandered Iran’s greatest asset, its people” and did not heed weather warnings of the floods’ imminent impact on Shiraz.

Condemning Hassan Rouhani’s oppressive theocratic regime she said: “They neglected to evacuate the residents of Shiraz in time so that is why the injury and loss of life were so drastic.

“There was no observation of warnings, no evacuations, no precautionary measures.

“This crisis has come about due to a lack of infrastructure against natural disasters, which reflects the negligence of the Iranian authorities.” 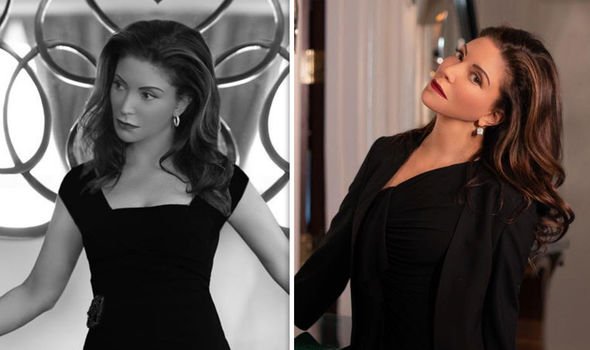 President Rouhani, who claimed the floods were an “unprecedented natural disaster”, was quoted by Iranian state media as saying: “The government will use all means and will compensate all those who have sustained damages to their houses, businesses and farms.”

But his supposed words of reassurance come too late for those who blame his callous regime’s inertia in tackling the problem.

At least 44 people died and more than 200 were injured, with thousands of homes damaged after the heavy flash floods triggered landslides across Iran, according to the CHRI citing Iran’s state-funded Emergency Services Organization.

The devastating flash floods inflicted a huge $500million (£439million) of damage, according to the CHRI, who cited Iran’s Ministry of Agriculture and Jihad, which manages and oversees the country’s agricultural industry.

Dr Ansary argued the Iranian government would rather “plunder its resources” than “attend to its own people’s needs”. 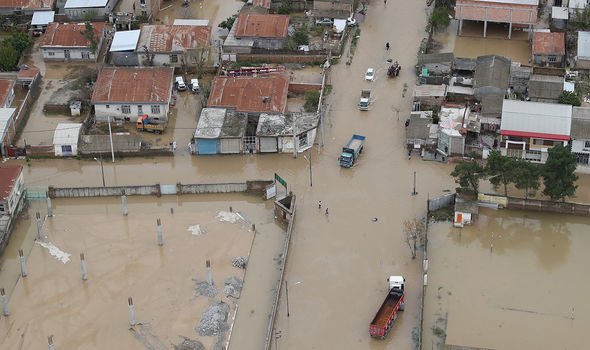 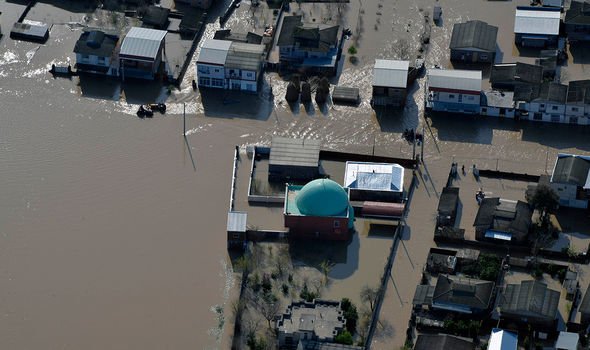 She said: “This disaster is coming at a time of heightened political tension in Iran, not to mention dire economic circumstances for the people of Iran from decades of mismanagement by the Iranian government which prefers to fund foreign terrorist organisations as opposed to attend to its own people’s needs.”

In a further blow to his own citizens, Rouhani’s deputy attorney general announced a ban on celebrities raising money to help the victims, Dr Ansary explained.

And the hardline authorities have also announced a crackdown on social media usage, warning citizens they could be prosecuted if they post about the disaster online.

Of the suppressive measure, prominent human rights lawyer Abdolkarim Lahiji told the CHRI: “Not only has the Iranian government been negligent but it has also warned victims’ families and those who have suffered losses that they will be prosecuted if they paint a dark picture of this natural disaster and state relief efforts. 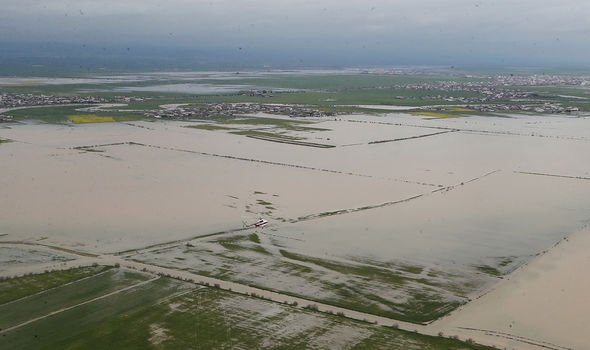 “The government wants to shift the blame to the people and unleash the police against them.

“We are dealing with a regime that considers it a crime to inform the public about natural disasters and criticize.”

Not all Iranian officials support suppressive restrictions on criticising the regime, with Lotfollah Dejkam, the Friday prayer leader of Shiraz, saying people have a right to be angry at officials for having made poor city planning decisions that have worsened the impact of the floods.

At a meeting with provincial officials on March 27, he said: “We cannot just sit by and watch what’s going on.

“The people have a right to curse and hurl every bad word at us.

“The floods overflowed because the municipality built buildings over the ravines.

“Why did they block the flood’s path near the Quran Gate? Where was the flood water supposed to go?”

Economic malaise that sparked the revolution continues on the anniversary of the 2011 Arab Spring’s beginning. Tunisia is often touted as the Arab Spring’s only…

Tributes pour in for Afghan-born actor who featured in more than 300 films. Afghan-born Bollywood actor Kader Khan has died at the age of 81,…