A relieved father has welcomed home his daughter and grandchildren as the first ISIS families to return to Australia in more than three years touched down in Sydney.

Four women and their 13 children arrived on a repatriation flight on Saturday after being taken from a camp for Islamic State families in Syria.

The group included former western Sydney childcare worker Mariam Daboussy – who was duped into travelling to Syria to become the wife of an ISIS fighter – and her three children.

‘Today I want to take the opportunity to just enjoy the return of my daughter and grandchildren. It’s been an overwhelming day,’ her emotional father, Kamalle Dabboussy, said.

‘I’ve just come from seeing my daughter and grandchildren. They have had a long extensive journey getting home they are tired, they are well. The kids are opening presents and toys are the ones that are awake anyway.

‘It’s hard to put in words exactly what was you feeling at that point in time, but intense joy.’ 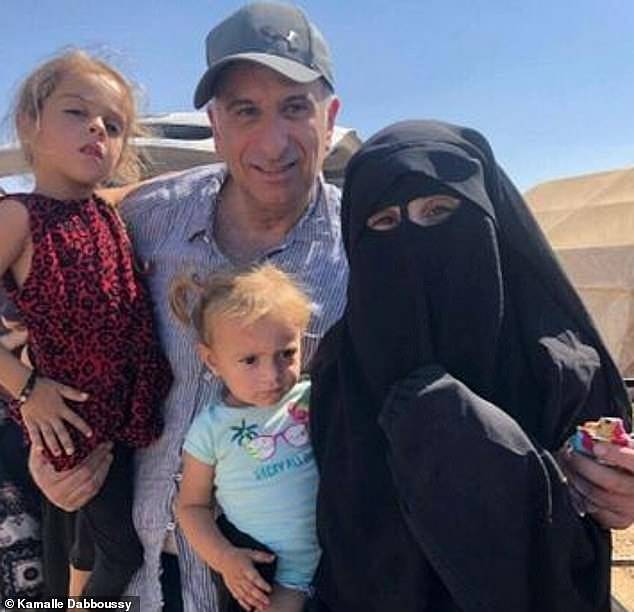 The 17 Australians were driven 30km from the al-Hol and al-Roj camps, in the country’s northeast, across the border to Iraq, where they were flown to Sydney International Airport.

The women, who are wives and widows of IS militants, are now in a secret location as they continue to be interviewed by Australian authorities.

The operation to bring them back involved Australian officials and the Syrian Democratic Forces, with the last repatriation of Australians involving two groups of orphans in July 2019.

Mr Dabbousy had been calling on the government for years to bring his daughter and her children back to Australia.

He said he hoped his family would come live with him but they were still waiting to hear what controls the authorities will implement, which may include ankle bracelets, curfews, or monitoring.

He said the four women were not a ‘threat to Australia’ and continued to co-operate with law enforcement and were aware they could potentially be charged if there were any alleged crimes. 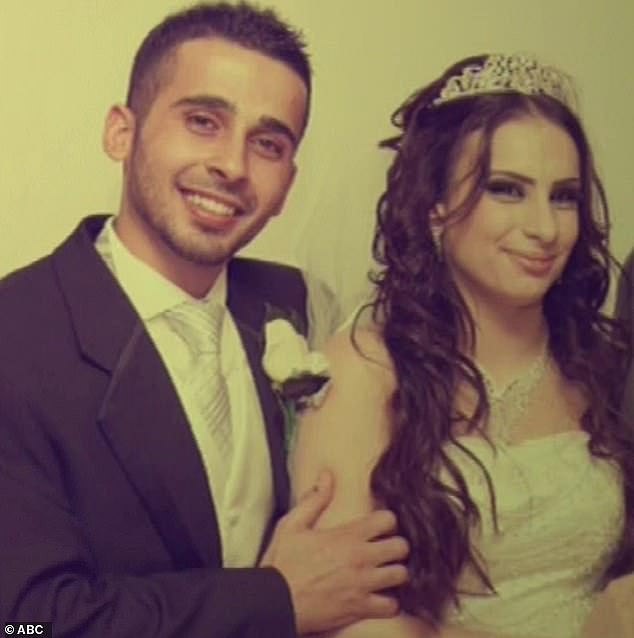 Mariam Dabboussy was not a devout Muslim but her life changed at 22 when she married Kaled Zahab (pictured). The woman who had been a childcare and migrant support worker went to the Middle East in mid-2015 with her husband and their 18-month-old child 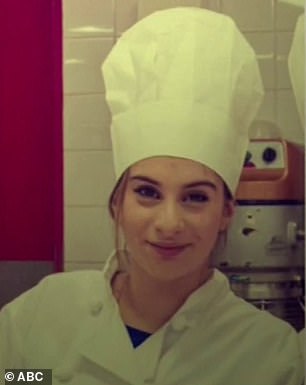 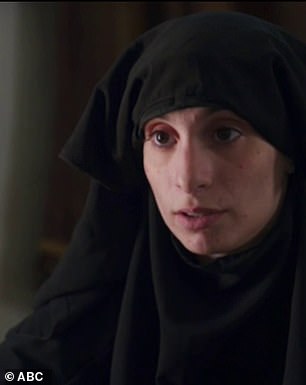 Pictured: Mariam Dabboussy claims she was tricked into travelling to Syria by her husband

‘The men went and took the women with them. The men are either dead or in jail and the woman were then left and caught behind.

‘There‘s no evidence to say that my daughter joined any such organisation and that’s certainly my understanding. And in private conversations I had with law enforcement, it’s their understanding as well.’

In a statement, the women expressed gratitude for their safe return and apologised for the trouble their Islamic State links caused.

‘We are deeply thankful to be back home in Australia with our children,’ the women said in a statement.

‘We want to express our regret for the trouble and hurt we have caused, especially to our families.

‘We are excited to have the opportunity to rebuild our lives as a part of the Australian community.’ 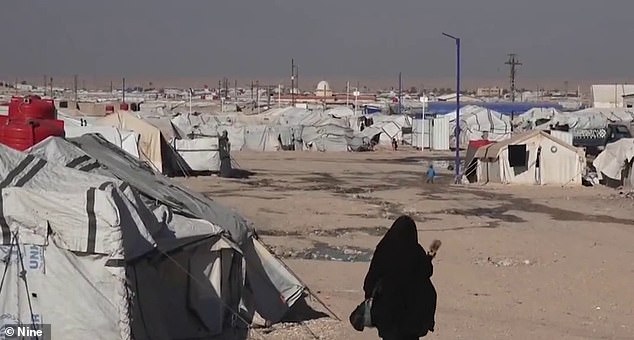 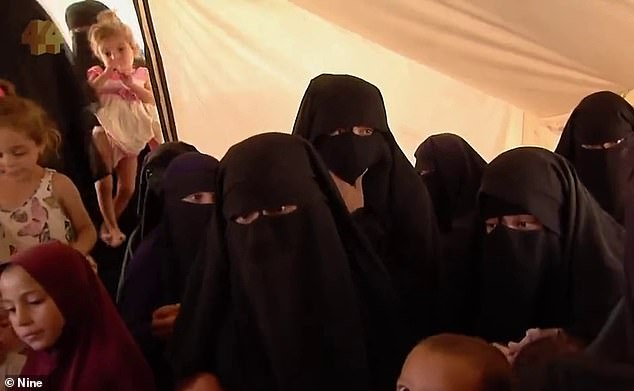 Pictured: ISIS wives and children at one of the camps in the country’s north

Ms Dabboussy married Kaled Zahab at the age of 22 in 2011. In mid 2015, she travelled to Lebanon with her husband and their 18-month-old child only to be ‘tricked’ into going to Syria.

Zahab was killed three months later by a coalition airstrike and she was forced to remarry twice more before finding herself in a camp with her three children.

Home Affairs Minister Clare O’Neil said the women had been cleared to return home after individual assessments by security services.

‘At all times the focus has been the safety and security of all Australians as well as the safety of those involved in the operation,’ she said.

‘It is inexcusable the actions that have been taken by the Albanese government is putting Australian lives at risk… the risk that is now in our Australian communities here,’ she said.

Earlier this month, the Albanese government confirmed the rescue plan with the first people removed assessed as the most vulnerable of those being held.

The federal government worked with Kurdish authorities on the extraction, which reportedly included DNA testing the individuals to prove they were Australian citizens. 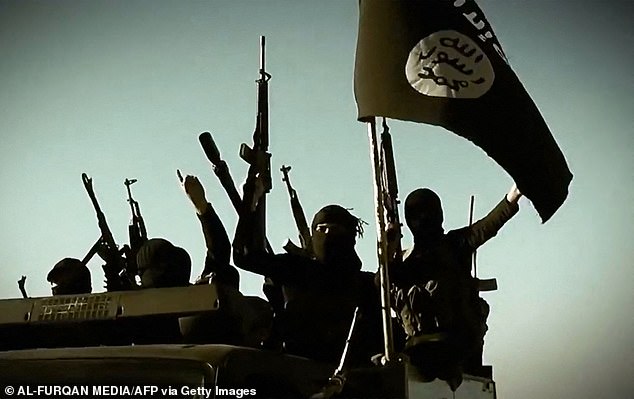 Aussie intelligence agencies believe that leaving Australians in squalid camps may present more of a threat to national security than bringing them back, as their plight could be used to recruit more Australian Muslims to join terror organisations 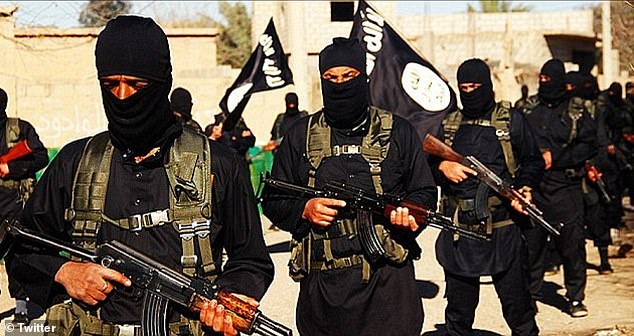 Most of the children were born in Syria, meaning they’ll be seeing Australia for the first time.

The group was taken to an unnamed hotel in Sydney and the NSW government is providing them with support services to assist their integration into the community.

Save the Children head Mat Tinkler said the children now had hope but people should not lose track of the roughly 30 remaining women and children yet to be brought home.

‘We cannot guarantee their safety unless they are here in Australia,’ he said.

Prime Minister Anthony Albanese said the safety of Australians was always paramount and the government would continue to act on national security advice.

‘We will always act in a way that keeps Australians safe.’

Mariam Dabboussy was not a devout Muslim, but her life changed at age 22 when she married Kaled Zahab.

The woman, who had been a childcare and migrant support worker in Sydney, went to the Middle East in mid-2015 with her husband and their 18-month-old child.

Ms Dabboussy travelled to Lebanon with her husband only to be ‘tricked’ into going to Syria, she said.

‘It started off as a normal holiday,’ Ms Dabboussy said.

‘My husband had never left the country at the time. So, it was the first time he had agreed to take me overseas.

‘We had a really nice holiday planned. We went to Malaysia, took me to Dubai, we went to Lebanon.’

Ms Dabboussy was initially taken from Lebanon to a house in southern Turkey near the Syria border.

From there, she was driven to a dusty patch of land.

‘There was other people there and there was… there was a man there,’ she said.

‘I looked around, I’m thinking, ”What am I going to do?” I’m in the middle of nowhere, I don’t even know where I am. There’s gunshots. Now I just started running.’

She didn’t get far, with men bundling her into a car and taking her to a house, which had a black Islamic State flag.

‘When I entered that house and I saw a flag, I saw a flag and I sort of asked around,’ Ms Dabboussy said.

‘Some women, they spoke very broken Arabic, they didn’t really speak. They were sort of surprised I didn’t know what was going on. Some of them laughed at me.’

The man Ms Dabboussy married is now dead, after being killed by a coalition airstrike three months later.

The mother-of-three has since been forced to remarry twice more.