The island was hit by heavy rain and thunderstorms overnight after the terrifying tornado was spotted in the sky.

Photographer Jamie Russell, of The Isle of Wight Weather Service, snapped the tornado over Bleak Down last night.

He said: “This type of tornado forms when an updraft area at the base of a cloud starts to rotate locally due to variations in the wind direction which can be triggered by hills, headlands and sometimes even nearby rain showers. 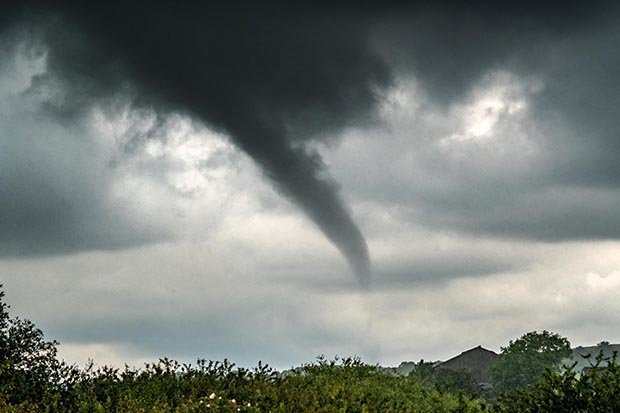 “This is unlike the huge supercell storms that produce tornadoes as those have entire storms that are rotating.

“The tiny patch is a sign that it has reached the ground.

“Also I could see it occasionally forming tiny little funnels with potential dust or dirt below the condensation funnel.”

The summer’s festival season kicks off today as revellers arrive for the Isle Of Wight festival 2019. 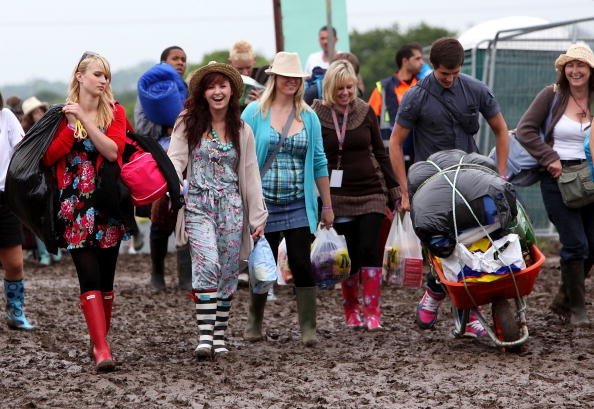 The event returns to Seaclose Park in Newport between 13 and 16 June.

Following last night’s torpedo scare, the start of the festival is set to be a washout.

The temperature will also be much cooler than average for this time of the year so revellers will want to bring a jumper.

A Met Office forecaster said: “Rain will be on and off for the rest of the day and it will feel quite breezy, with temperatures around 13/14C, which is below average for this time of the year.”

That’s probably not the start festival-goers wanted but it won’t be a nightmare all weekend.

The forecaster added: “Tomorrow will be much better, with dyer weather and sunshine. Temperatures will also rise to 16C.”

She said the rest of the weekend would be a mixture of sunshine and showers with plenty more downpour forecast for Sunday.