Israeli settlements have come under sustained missile attack from Gaza over the past week as Palestinian militant groups launch an unprecedented number of rockets. Many of the incoming salvos are intercepted by the Israeli military’s Iron Dome missile defence system. However shocking footage captured in the city of Petah Tikva shows the damage caused by one missile that managed to get through.

The video, which first surfaced on Israeli social media, shows a man relaxing and watching tv before a nearby blast shakes the building.

Furniture and other belongings are thrown across the room by the force of the no warning blast.

The power of the explosion blows a windowpane straight out of the wall as the shaken man rushes to safety.

The man appears to be unharmed, despite the close proximity of the strike and the devastation caused to his home. 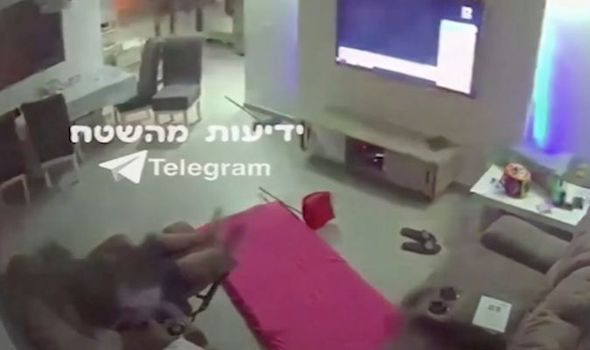 Armed groups in Gaza such as Hamas and Palestinian Islamic Jihad began launching rockets into Israel on Monday after security forces and Palestinians in East Jerusalem clashed around the Al-Aqsa Mosque, a highly sensitive holy site in the Old City.

Sirens are used as an early warning system for Israelis living within in range of rocket fire, giving inhabitants time to ran to the nearest shelter.

The country’s “Iron Dome” anti-missile system is able to track and destroy up to 90 percent of incoming rounds. 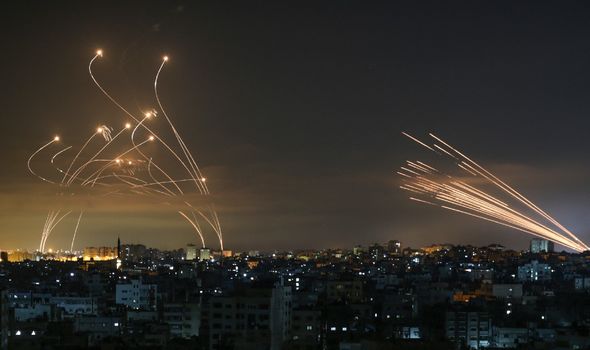 However, with more than 2,000 projectiles launched by militants so far a number of rockets have slipped through.

Israelis living near the coastal city of Tel Aviv have spoken off fleeing in terror at oncoming missiles.

A mother-of-three Shashi said: “The sirens just started blaring and there wasn’t any shelter there so we ran to the closest car park and looked up and there were 10 rockets above us.

“My youngest child is really shaken up. We are all fleeing in terror.” 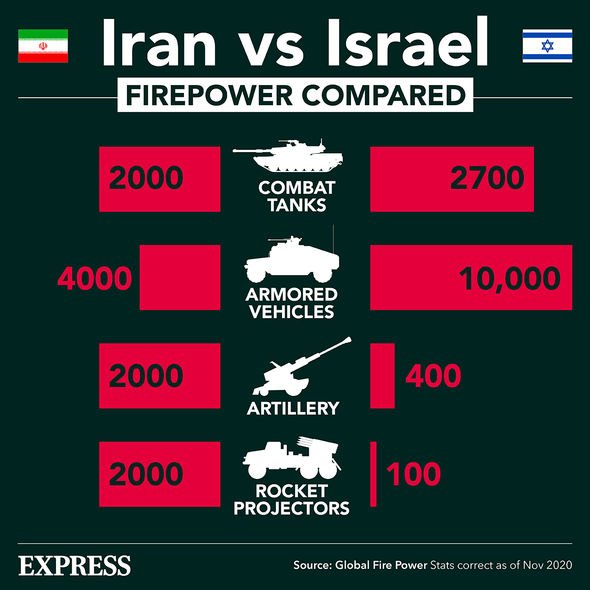 It comes as one expert on the Arab-Israeli conflict told LBC he feared there was “significantly more bloodshed to come.”

Foreign affairs analyst Tim Marshall warned, “Neither side can stop.”

He added: “I think we will see more bloodshed in the days ahead on both sides. I mean obviously, one side is going to shed a lot more blood but everyone knew that going into it.

“When Hamas launched the first rockets they knew that they would suffer hundreds of dead.”