TEL AVIV (Reuters) – An Israeli artist erected a statue of Israel’s culture minister outside the national theater on Thursday to protest her bid to cut state funding to artistic bodies she deems unpatriotic. 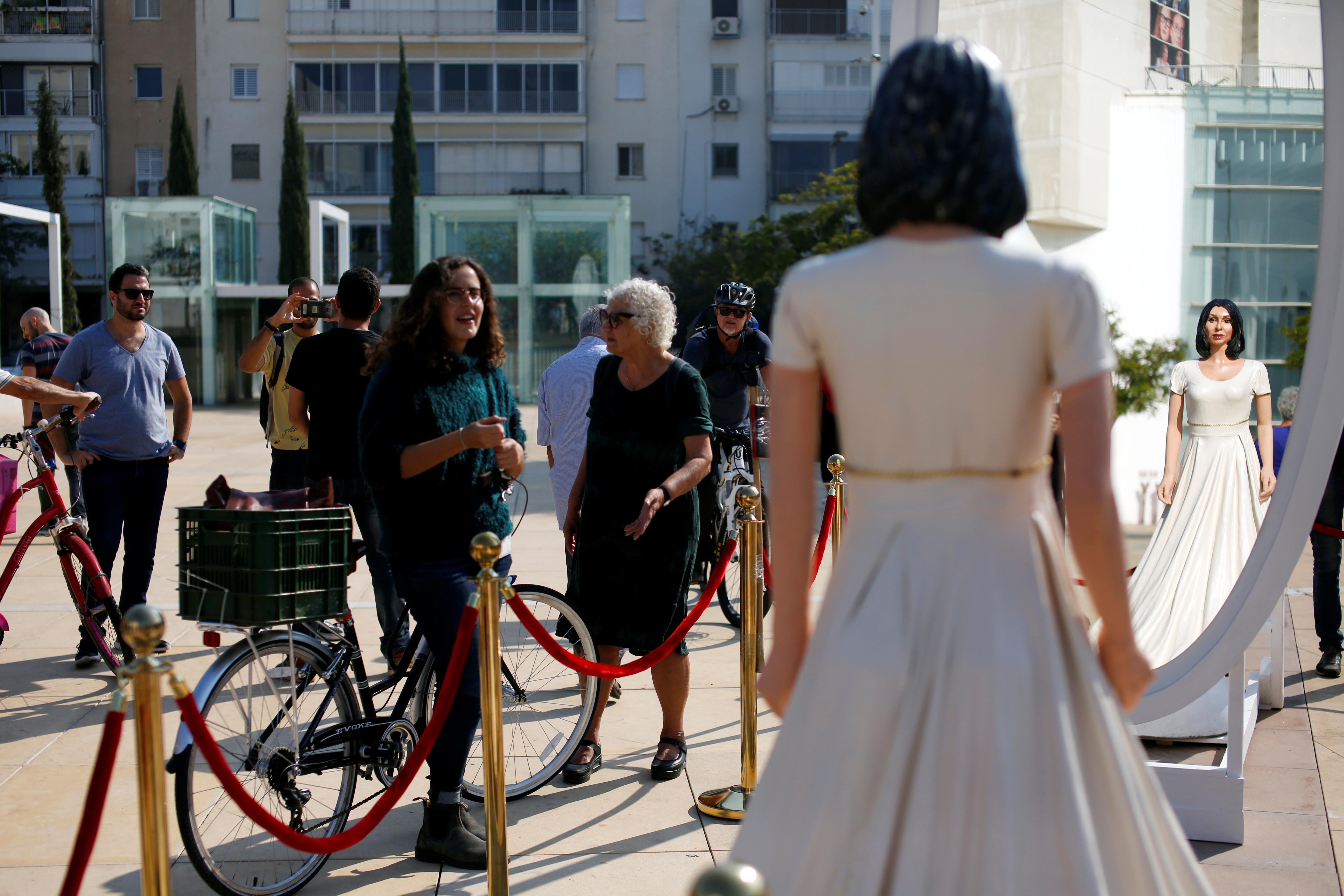 On Monday, parliament gave preliminary approval to legislation that would enable Regev’s ministry to reduce or cancel state grants to institutions whose works “contravene the principles of the state”. No date for a final vote has been set.

Zalait said now was the time for artists “to come out of the museums” and bring their works directly to the public.

“This is our fight and we can never know … if (we) could do it in a couple years from now,” he said, alluding to what artists and rival politicians have described as Regev’s attempts to curb freedom of expression.

Her proposed law targets artistic endeavors which the culture ministry judges as denying Israel’s existence as a Jewish and democratic state, supporting incitement to “violence or terrorism” or desecrating the Israeli flag or national symbols.

Referring on Twitter to the looking glass that Zalait placed in front of her statue, Regev said it was the artistic community that was in need of self-reflection.

“For the past three years, I have indeed dealt many times in holding a mirror up to the Israeli cultural world,” she wrote.

Regev drew international attention last week, in her dual role as sports minister, when she attended an international judo tournament in Abu Dhabi and visited its grand mosque, a rare display of Israel’s diplomatic push in the Gulf.

Two years ago, Zalait drew condemnation from Regev when he placed a gilded statue of Prime Minister Benjamin Netanyahu, dubbed “King Bibi” by the sculptor, in another Tel Aviv square.

It was soon toppled by a man in the crowd, apparently angered by criticism of Netanyahu, now in his fourth term as Israel’s leader.