Israeli Prime Minister Naftali Bennett on Thursday holed up in a nuclear blast-proof bunker in a Covid-19 ‘war game’ to simulate an outbreak of a lethal new strain.

Bennett, who holed up with his senior aides, described the day-long ‘Omega Drill’, named after a fictitious virus strain, as a precaution to ensure Israel was prepared for ‘any scenario’.

The nuclear blast-proof complex in the Jerusalem hills, known as the ‘National Management Centre’, was also used to coordinate initial responses to the new coronavirus in March 2020.

Israel imposed lockdowns to try to tame three waves of Covid-19 but has kept the economy and schools open since a fourth wave hit in June, relying on measures including vaccinations, booster shots and protective masks. 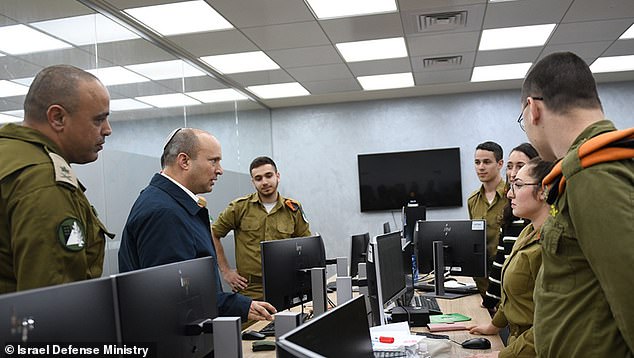 Naftali Bennett (pictured visiting an IDF Homefront drill last year) described the day-long ‘Omega Drill’, named after a fictitious virus strain, as a precaution to ensure Israel was prepared for ‘any scenario’

The drill involves civilian and military leaders being subjected to mass testing, hospital admissions and curfews, Bennett’s office said in a statement. Findings from the exercise will be shared with foreign partners.

‘Israel is safe and protected. In order to maintain this, and to safeguard the continuity of normal life, we must continue to closely monitor the situation and prepare for any scenario,’ the statement quoted him as saying.

Bennett added:  ‘While it is possible to wait and see what will be and to hope for the best, the right thing to do is to prepare for any scenario, and make sure that all government ministries are ready,

‘That hospitals know how to deal with extreme scenarios and that the scientists are carefully monitoring every variant that appears in the world while it is still small.’

The statement said nothing to indicate the government believed a lethal new coronavirus strain was imminent.

It also did not mention any potential flare-up in fighting with enemies among the scenarios for the drill.

The bunker was built more than a decade ago because of concern about Iran’s nuclear programme and missile exchanges with Lebanon and the Gaza Strip. 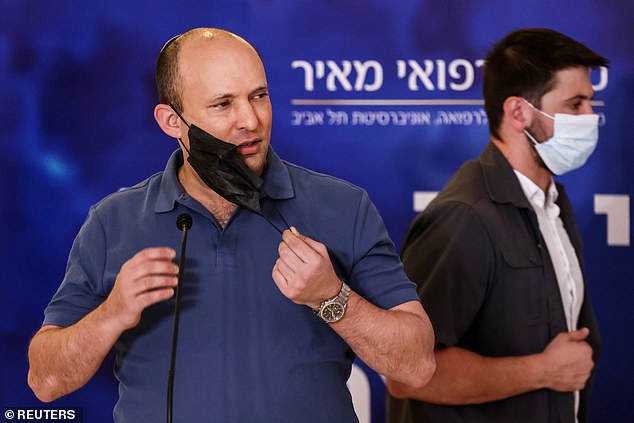