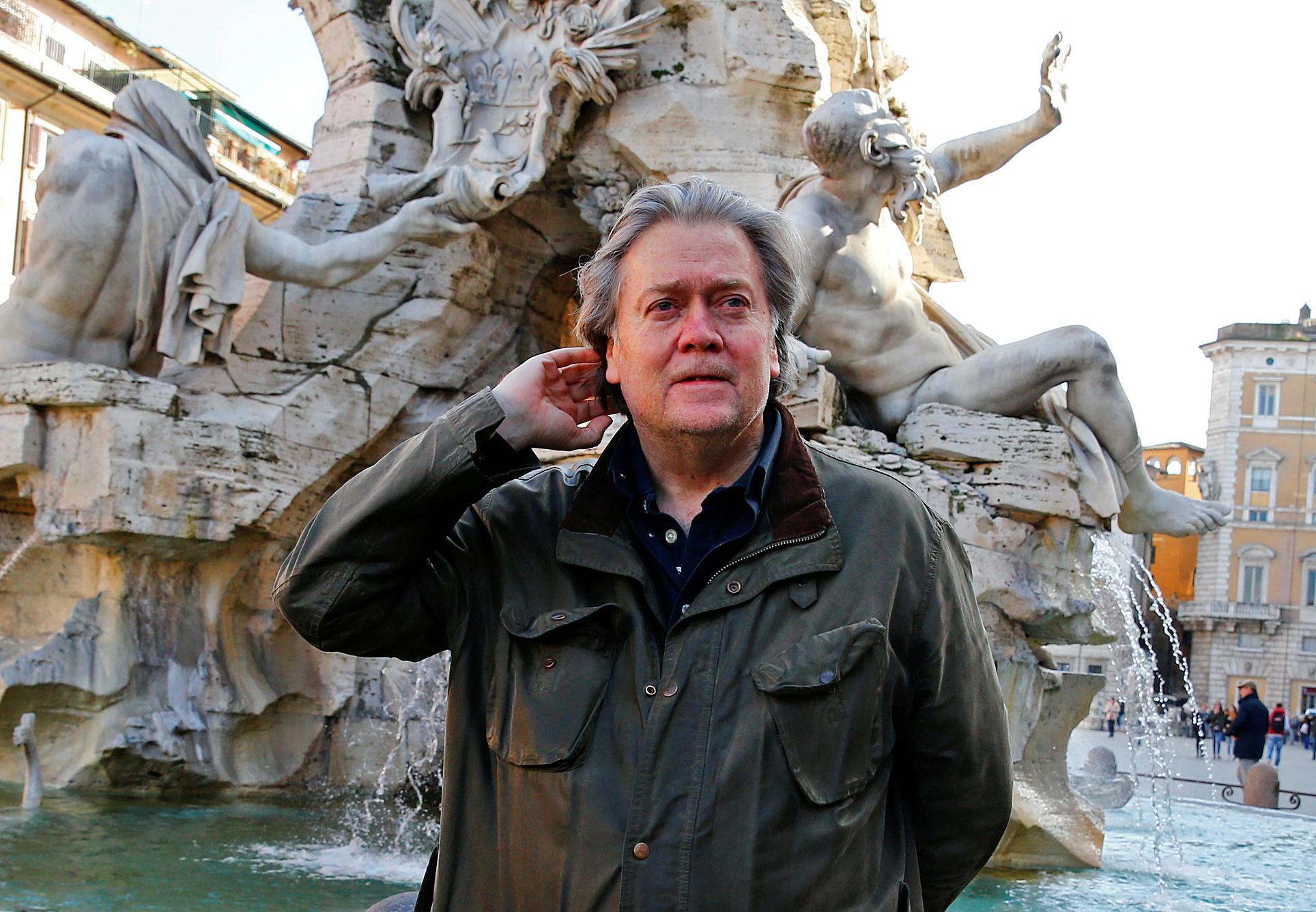 In a statement on Friday, the ministry said it would revoke the concession on the mountaintop property outside Rome granted to the Dignitatis Humanae Institute, citing violations of various contractual obligations including a failure to pay concession fees and do maintenance work.

Benjamin Harnwell, director of the institute based in the Trisulti monastery, had told Reuters in September that Bannon was helping to craft the curriculum for a leadership course aimed at right-wing Catholic activists to be held in the 800-year-old monastery.

Bannon, who has launched a campaign to build a populist movement across Europe, has also been raising funds for the institute, Harnwell said.

An official at Italy’s culture ministry, Gianluca Vacca, said in the statement that inspections ordered by authorities had found a number of irregularities with the concession that allowed the institute to use the property.

“Proceeding with the revocation is thus a duty,” Vacca said.

The project for a right-wing leadership academy had been criticized by Italy’s left parties and local media had raised doubts over whether Harnwell’s institute fulfilled the requirements of its agreement with the government.

Vacca, a member of the anti-establishment 5-Star party which has been ruling Italy in a coalition with the far-right League since last year, said there were no political motives behind the decision to revoke permission for the institute.

He said the procedure to award the concession to Harnwell’s association – whose board of advisers is chaired by Cardinal Raymond Burke, a leading Vatican conservative – had been completed under the previous, center-left government.