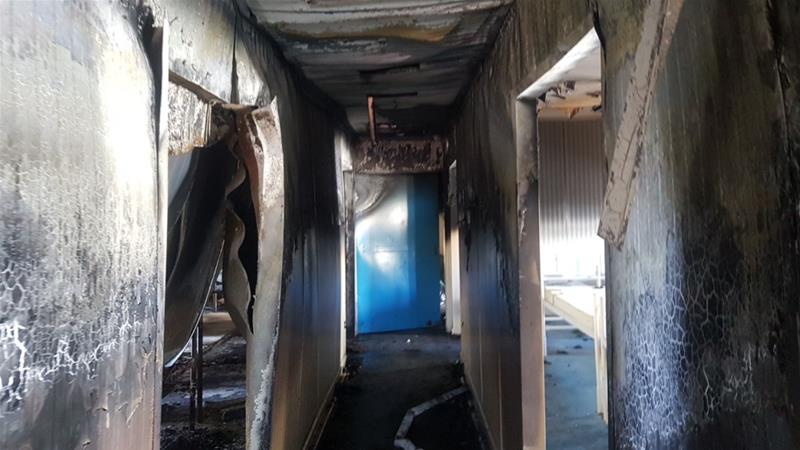 Rome, Italy – Italy’s interior ministry decided this week to temporarily close a refugee detention centre, known as a “hotspot” in Lampedusa, a Mediterranean island between Sicily and Tunisia.

The decision follows protests and a fire that took place at the centre on March 8.

The European Union set up five hotspots each in Italy and Greece, conceived as transit centres where migrants and refugees arriving on European coasts should be formally identified, registered, and channelled on to other centres shortly afterwards – normally within 48 hours – to either wait for deportation or continue with their asylum application.

Migrants and refugees protested the dire living conditions they are forced to endure as they are instead detained in the centre for weeks, and asked to be immediately transferred.

The authorities’ decision came after NGOs and civil society organisations sounded alarm bells about conditions in the centre, which has seen several similar protests in the past.

At the end of January, about 40 people had sewn their mouths with white thread, while a Tunisian man committed suicide after a month in detention.

“The problem is that in a place where it is inhumane to stay even for a day, people sometimes stay for months, and that includes vulnerable cases,” Gennaro Santoro, a lawyer with the Italian Coalition for Civil Liberties and Rights (CILD), told Al Jazeera.

Together with the Association for Juridical Studies on Immigration (ASGI) and IndieWatch, the organisation had requested the closure of the centre, which saw “dramatic living conditions and systematic human rights violations”.

They also sought that vulnerable cases be transferred.

One of the cases Santoro’s organisation took on board is that of a Tunisian family, a father and two sons, 14 and 15.

Although they are unable to leave the island without papers, some migrants and refugees try to get on boats to the mainland anyway.

“The father arrived on January 15 and had already filed his asylum application,” Santoro said, adding that he had come across several cases who had been detained for a month or two.

“Spaces occupied by minors and women could easily be accessed by others,” the lawyer said.

“One of the families told us a child had witnessed an attempted rape against her mother. That same child was injured during the incidents on March 8.”

After a meeting between the mayor of Lampedusa and the Ministry of the Interior on Tuesday, the government said the centre would be closed for “renovation work” while migrants and refugees would be gradually transferred elsewhere.

The same statement, however, said services like identification and first aid would still be provided in case of emergency.

“There should be no new arrivals, but those who disembark on our coasts will be taken to the hotspot just for the time needed to be identified, and then transferred to the mainland,” Salvatore Martello, Lampedusa’s mayor, told Al Jazeera.

The Italian Red Cross, one of the service providers at the centre, welcomed the move but said no official procedure had begun to close the centre.

Forty people, including women and families, were transferred to the mainland on Wednesday, but these transfers had already been planned, leaving about 100 people living at the hotspot.

“The situation risked getting out of control due to the length of [the migrants’] stay,” Debora Diodati, president of the Red Cross in Rome, told Al Jazeera.

“The 48-hour limit should be the rule and not the exception,” she said, because the centre is “not structurally suitable to host people for long periods”.

An independent body that monitors prisons and detention centres in Italy had first denounced the conditions inside the Lampedusa hotspot last year.

The guarantor for the rights of persons detained or deprived of personal liberty stressed in a press release that “the interventions to be carried out in the hotspot should not be limited to mere renovation works” if human rights are to be protected. 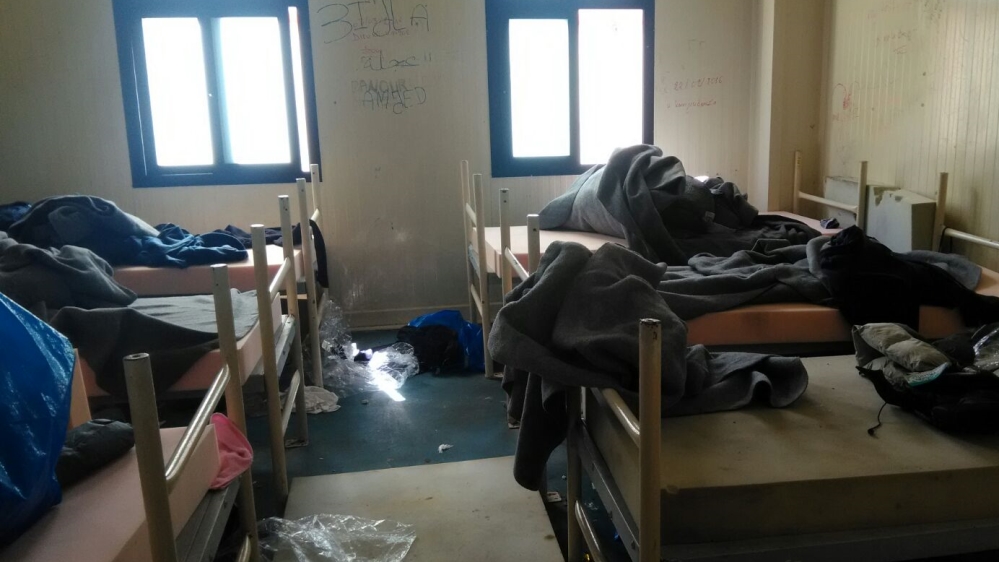 Costantino Saporito, who represents firefighters in the USB national workers’ union, visited the centre after the fire.

He snapped and published pictures that show beds with no sheets a few centimetres from each other, dirty foam mattresses, filthy bathrooms and rubbish-strewn corridors.

“The problem is not only the fire on March 8,” Saporito told Al Jazeera.

“The problem is that there have been two more fires before that, and that entire areas are closed – dirty, unfit to live in. And yet, some people, having nowhere else to go, sleep there.”

“The problem is systematic because procedures are not clearly defined,” said Santoro, the lawyer, adding that complaints were filed last summer to the European Court of Human Rights on behalf of 14 minors detained at a hotspot in Taranto, in the southern region of Apulia.

“So, instead of being released within 48 hours or in the shortest possible time, these become places of indefinite detention.”