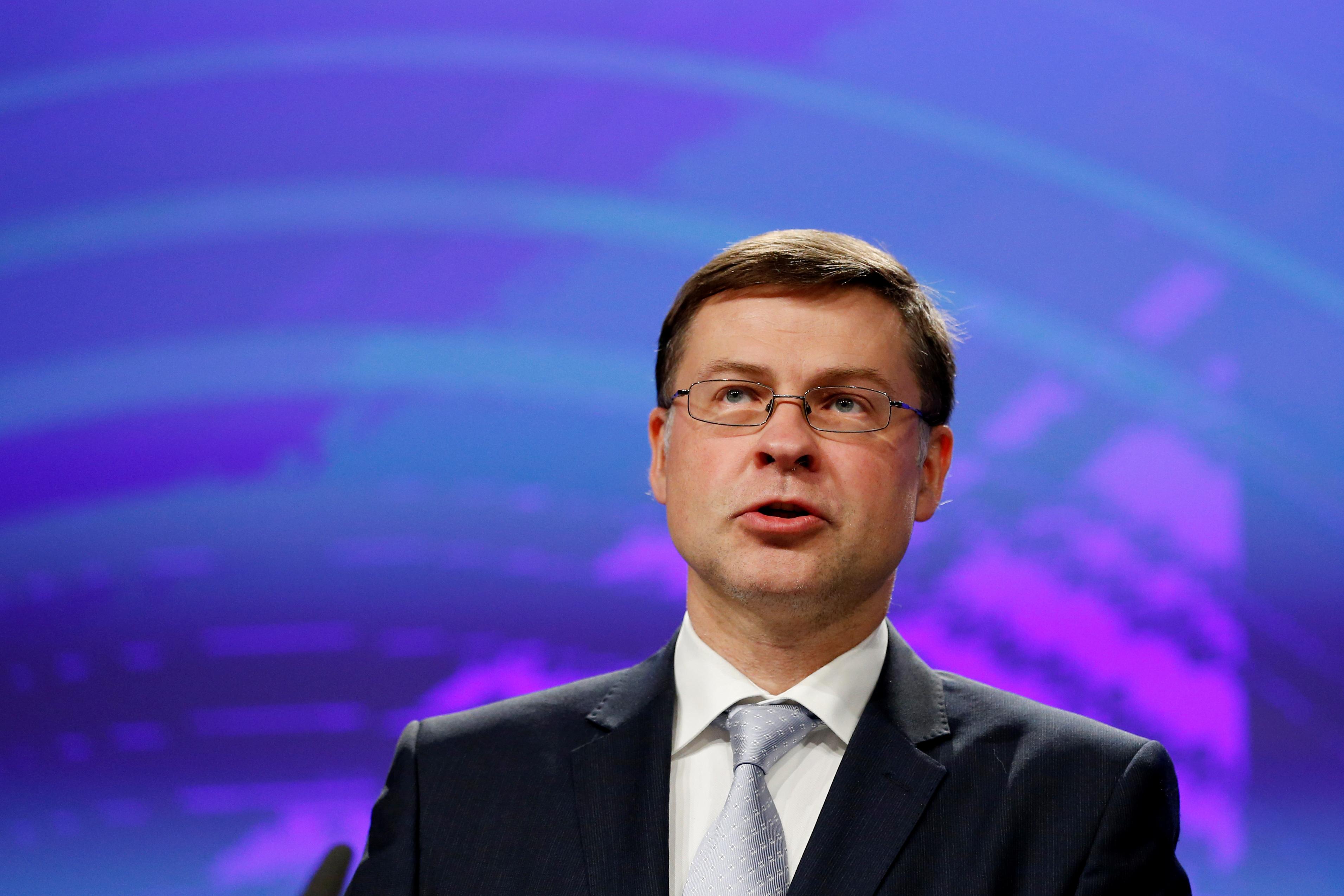 MILAN (Reuters) – Italy’s draft budget for 2019 “significantly” deviates from commitments, the vice president of the EU Commission Valdis Dombrovskis said in an interview with daily Il Sole 24 Ore on Friday, threatening a procedure for excessive debt against Rome.

Earlier this week Italy re-submitted its draft 2019 budget to the EU Commission with the same growth and deficit assumptions as a draft previously rejected for breaching EU rules, stepping up its showdown with Brussels.

Italian government is “openly” challenging budget rules agreed by all euro zone countries, but its policy is “counterproductive” as it worried investors and pushed bond yields higher, said Dombrovskis.

Dombrovskis added that in past years EU Commission has refrained from launching an excessive debt procedure against Italy as its budgets were anyway in line with the Stability pact, but if that would no longer be the case, then opening a procedure “would be justified”.