Jada Pinkett Smith directly addressed “the slap” for the first time and said she hopes Will Smith and Chris Rock eventually “reconcile.”

Wednesday’s new Red Table Talk is about the devastating impact of alopecia, the hair loss condition in which Pinkett Smith suffers, so the Girls Trip star had to acknowledge the incident at the 2022 Oscars. (Smith slapped Rock after the comedian made a joke about his wife’s bald head.)

“Now about Oscar night. My deepest hope is that these two intelligent, capable men have an opportunity to heal, talk this out and reconcile. With the state of the world today, we need ’em both, and we all actually need one another more than ever,” Pinkett Smith, 50, said at the beginning of the Facebook Watch show.

“Until then, Will and I are continuing to do what we have done for the last 28 years — and that’s keep figuring out this thing called life together. Thank you for listening,” she concluded.

The mother of 12-year-old Rio Allred, who suffered from alopecia and took her own life after being bullied, was a guest on the episode. Pinkett Smith also spoke about her personal experience.

“I think the part that makes it most difficult for me is that it comes and goes,” the actress explained. “It’s stressful. A patch grows then another patch comes out. That gives me a lot of anxiety — ‘Oh, well what’s my hair going to look like today.'”

While presenting an award at the Oscars, Rock made an impromptu joke about Pinkett Smith: “Jada, I love ya. G.I. Jane 2 — can’t wait to see it, all right?” Smith, who later took home his first Oscar for King Richard, stormed the stage and hit Rock in the face. 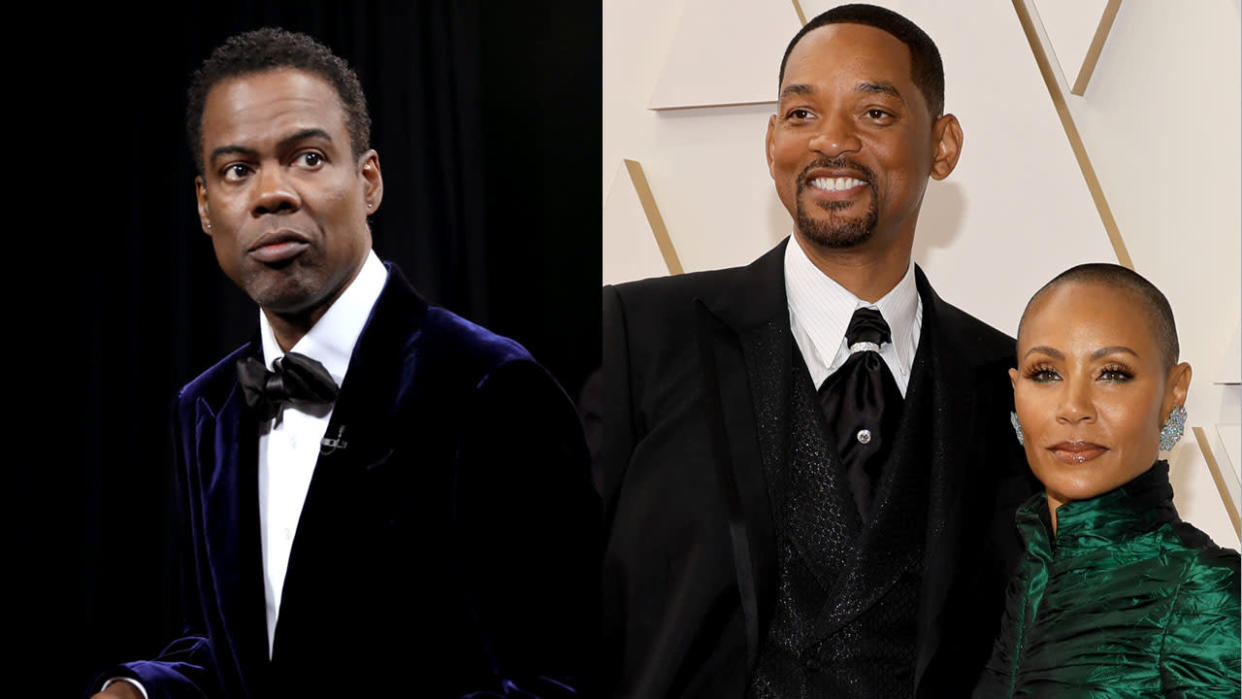 Smith issued a public apology to Rock the next day, after neglecting to do so during his Best Actor acceptance speech. As for Pinkett Smith, she shared a cryptic post about “healing,” but shied away from discussing the situation directly. When RTT premiered in April, there was a cryptic acknowledgment of the scandal.

“Considering all that has happened in the last few weeks, the Smith family has been focusing on deep healing,” a caption read across the screen at the top of the show. “Some of the discoveries around our healing will be shared at the table when the time calls. Until then… the table will continue offering itself to powerful, inspiring and healing testimonies like that of our incredibly impressive first guest.”

Smith has been banned from the Academy and Oscar events for 10 years. As for Rock, he’s started to address the incident during stand-up shows.

“I’m OK, if anybody was wondering,” Rock said earlier this month. “I got most of my hearing back.”