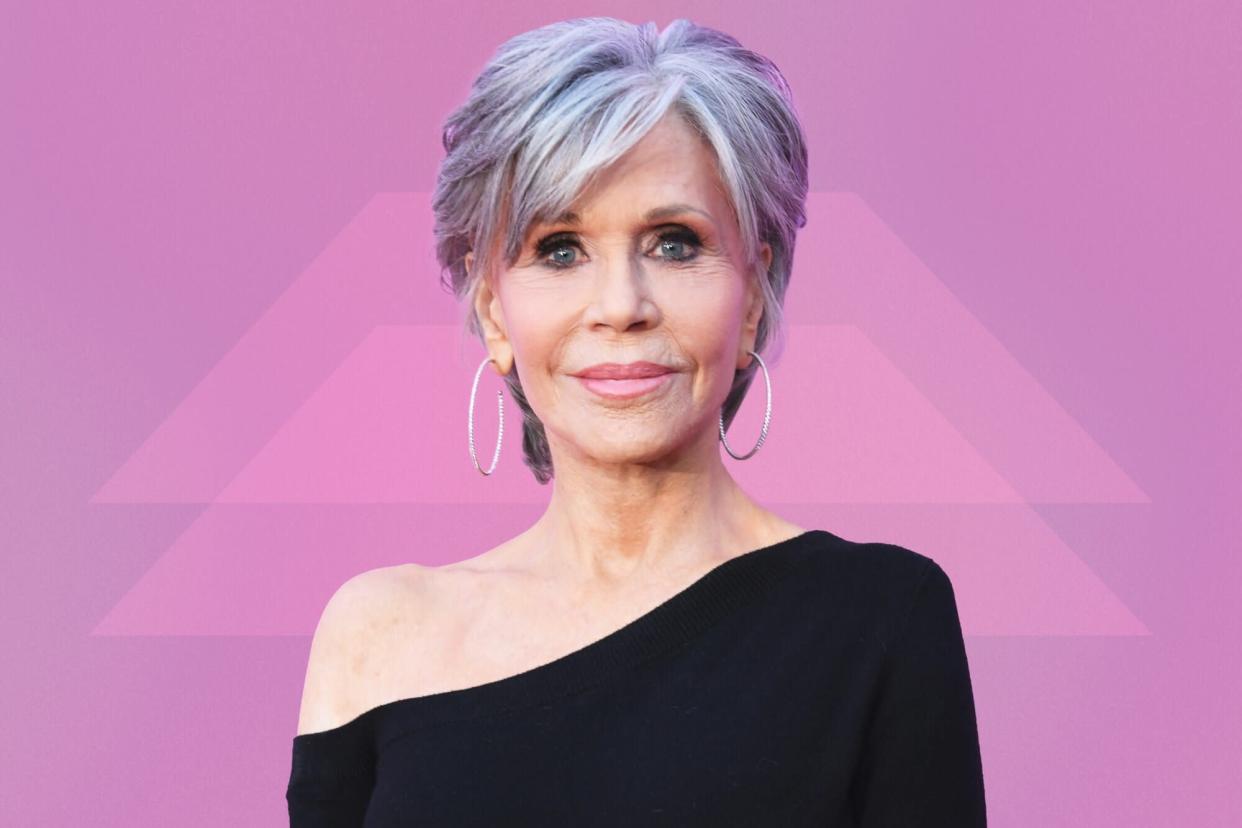 Actress, activist, and fitness legend Jane Fonda is getting real about aging. The Grace and Frankie star shared her thoughts about getting older in a new interview with CBS Sunday Morning, with a reminder that you're only as old as you feel.

"I'm super-conscious that I'm closer to death," said Fonda during the interview. "And it doesn't really bother me that much. What bothers me is that my body is, you know, basically not mine! My knees are not mine, my hips are not mine, my shoulder's not mine."

Though the 85-year-old admitted she can no longer ski, bike, or run, she has a positive outlook on aging. "The fact that I'm still alive and working, wow, who cares if I don't have my old joints," she said. "You know, you can be really old at 60, and you can be really young at 85. Health!"

Among so many other roles (see: climate-change activist), Fonda is perhaps best known for her leotard- and leg warmer-packed workout videos, so it's no secret that she prioritizes her health. While she can't do all of the activities she used to, she still finds ways to move. "I use resistance bands, and I do floor work, and I work every muscle group, but I do it slowly and very intentionally," she said in a 2020 Well+Good interview.

Fonda has shared some of her more recent workouts with her nearly 2 million Instagram followers. In February 2021, she demonstrated how she strengthens her gluteus medius (which is the glute muscle that sits near the outside of the pelvis) with a photo from an at-home workout session. Ever the instructor, she explained that she does side steps with a resistance band while holding a bar behind her body to keep her shoulders from rounding in her caption. She's also posted photos of herself doing floor work on a mat with a resistance band and a foam roller, and she shared some pictures from another resistance band workout last summer.

In addition to keeping her body moving, Fonda revealed in the recent CBS Sunday Morning interview that she's stopped drinking in order to feel her best. "It's because even with one drink, like, if I had a martini tonight, I would be at half-mast tomorrow," said Fonda. "Now, that wasn't true when I was younger. But as you get older, I think alcohol affects you differently. And I only have so many tomorrows left. I don't want to be at half-mast for any of them!" (Related: Jessica Simpson Marked 4 Years of Sobriety with Candid Photo from Her Past)

Between her workouts and busy work schedule (the new season of her Netflix series Grace and Frankie airs on April 29), it seems like Fonda is making the most of every day. The actress truly seems to be prioritizing how she feels and rejecting a negative view of aging.