Japanese Prime Minister Shinzo Abe is set to resign after a prolonged battle with a chronic illness.

The national broadcaster, NHK, reported Abe would step down because of health issues at a press conference on Friday afternoon. The Japanese government earlier this week maintained it expected Abe to see out his term, which was due to finish in September 2021. 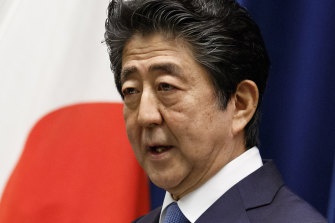 Abe, Japan's longest serving prime minister and a key figure in international relations, has suffered from ulcerative colitis for more than a decade. The 65-year-old left his first term in office in 2007 to treat the inflammatory bowel disease.

He made two trips to hospital for check-ups in the past two weeks.