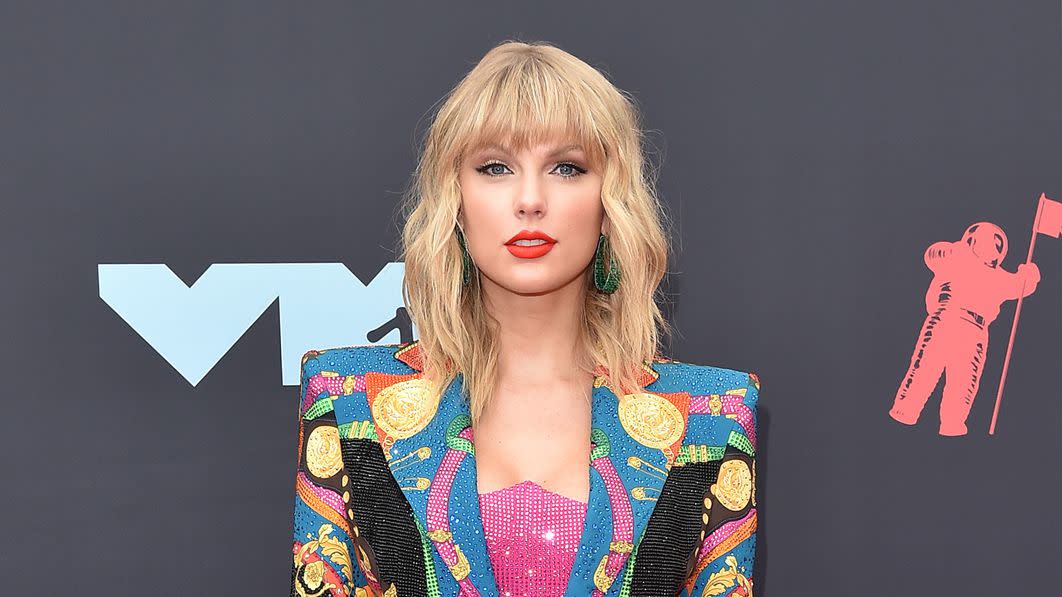 Swifties can’t calm down over a major fail that was made on Jeopardy!.

A song from Taylor Swift was the answer to a $400 clue during the quiz show’s Wednesday episode. Unfortunately for contestants, knowledge of the 32-year-old “Blank Space” singer was not their strong suit.

In the “Title That Completes the Rhyme” category, which quizzes players on their music knowledge, host Ken Jennings read: “And I’m just like oh-oh oh-oh oh-oh oh-oh oh-oh, you need to just stop. Like, can you just not step on my gown?”

Clearly knowing the tune himself, Jennings, 48, did his best not to give too much away. But the contestants still stumbled over the clue, nonetheless.

Returning champ Matt Mierswa appeared to be completely stumped. After the beep indicated Mierswa’s time was up, Jennings told the players the correct answer.

“I really wish this was Johnny [Gilbert] reading these,” Jennings said. “This is ‘You Need to Calm Down’ by Taylor Swift.”

📺| @TaylorSwift13’s ‘You Need To Calm Down’ was used as a clue in the new episode of @Jeopardypic.twitter.com/510bdSWgxQ

As the moment aired on TV, fans of the Grammy winner swiftly swarmed social media to share their frustration. One user tweeted, “none of the jeopardy contestants got the taylor swift clue shut the whole show down.”

“Everyone who makes it on to #Jeopardy clearly has a crown in my book, but I cannot calm down when there is a triple stumper Taylor Swift clue,” wrote another Twitter user wrote as a third person said, “Having a little power trip bc I knew the answer to a Jeopardy question was Taylor Swift & none of the contestants got it.”

One Swiftie even called the players “tasteless contestants.”

RELATED: Taylor Swift Joins Haim Onstage in London for Surprise Mashup: ‘Would You Sing with Us?’

Despite the hiccup, Mierswa still came in first place and won a whopping $26,644.

This is not the first time Jeopardy! contestants have blanked on a musician or their discography. In December, Machine Gun Kelly (real name Colson Baker) was the answer to an $800 clue under the category “MUSICAL 3-INITIALers,” but none of the contestants appeared to know who the multi-hyphenate celeb is.

“The stage name of this rapper and actor gets shortened to MGK,” Jennings said to silence, which was promptly broken up by that cursed “stumper” triple beep.

RELATED: Machine Gun Kelly Asks What ‘Is Wrong with the Grammys’ After He’s Snubbed from Nominations List

“Not fans of Machine Gun Kelly, apparently,” Jennings then remarked to the contestants, who didn’t even recognize the photo that was paired with the clue.

MGK fans were understandably gobsmacked by the quizzers’ lack of recognition for the Bird Box actor, even taking their grievances to Twitter. “Me: *screaming* WHO IS MACHINE GUN KELLY,” one fan posted in response.

“Me if I went on Jeopardy and all of the questions were about Machine Gun Kelly,” another fan tweeted, along with a photo of Cardi B surrounded by a pile of cash.

“@machinegunkelly was a @Jeopardy question tonight and no one knew the answer!” another follower wrote. “I was appalled.”