BT boss says more job cuts and price hikes of inflation plus 3.9 per cent are on the way as telecoms giant leaves ‘no stone unturned’ in bid to save extra £500million as costs soar

The boss of telecoms giant BT has warned further job cuts and price hikes could be on the way as the group leaves ‘no stone unturned’ to save an extra £500 million in the face of soaring inflation and energy costs.

Chief executive Philip Jansen said ‘inevitably’ some roles would be cut, while BT will also increase prices for consumers and businesses.

He declined to put a number on jobs under threat and stressed there would be no major restructuring, with the firm instead looking to reduce its overall workforce through normal staff turnover.

Details of the extra cost savings came as BT revealed an 18 percent drop in pre-tax profits to £831 million for the six months to September 30.

The group said rising inflation had offset a one percent rise in revenues to £10.4 billion.

It added it was facing a £200 million jump in its energy bill this financial year. 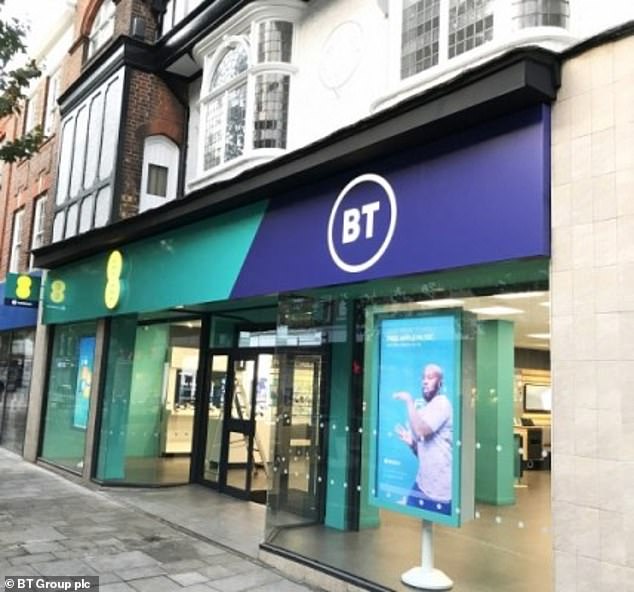 BT said it is looking to save an extra £500 million, taking their planned total savings to £3 billion 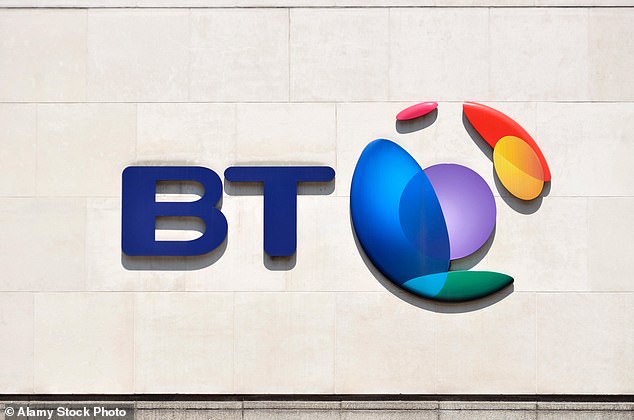 The group will leave ‘no stone unturned’ – which will lead to ‘inevitable’ job cuts, BT confirmed 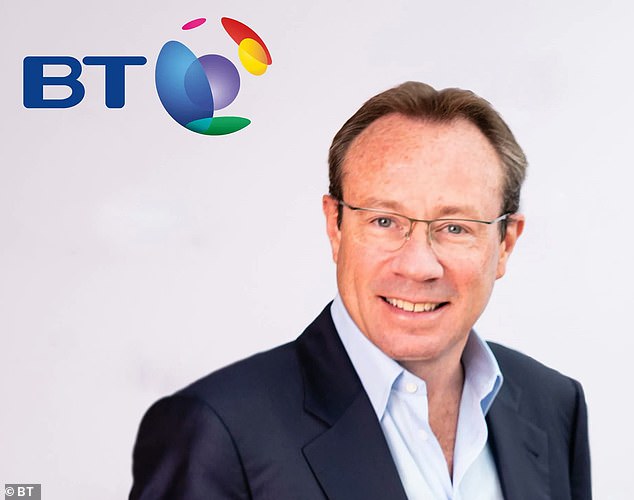 Philip Jansen, who took over as CEO at the beginning of 2019, said the extra savings are a result of a ‘high inflationary environment’

Mr Jansen, who became the group’s CEO in February 2019, said that ‘everyone is going to have to share the pain’, including the group’s 100,000-strong workforce and millions of customers.

He said he was ‘leaving no stone unturned to make sure BT is the most efficient organisation it can be’.

‘Inevitably, of course, that means that some jobs will not exist in the future,’ he added.

He added that its charges for most households are due to go up by 3.9 percent on top of inflation next year, while Openreach customers will also be affected by price hikes linked to inflation.

But he said the group was looking to support struggling customers with the launch of a new mobile phone tariff for low-income households, offering a discounted rate of £12 a month, which adds to its existing broadband and fixed line social tariff.

Mr Jansen is leading an overhaul of the business group, including slashing the number of offices across the UK from 400 to around 30, and simplifying customer billing systems and ranges, with the number of consumer tariffs already reduced by more than 30 percent.

Mr Jansen said: ‘Given the current high inflationary environment, including significantly increased energy prices, we need to take additional action on our costs to maintain the cash flow needed to support our network investments.’ 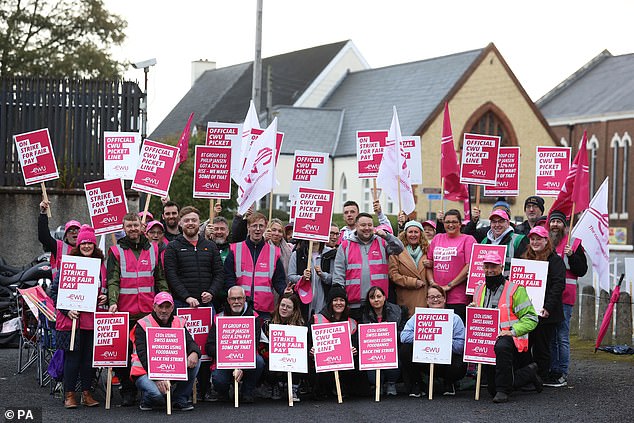 Members of the Communication Workers Union (CWU), including 999 call handlers for the first time in history, walked out for 24 hours following a wave of stoppages in recent weeks

But the firm is facing pressure from its workforce in a long-running row over pay, with BT and Openreach employees staging a fresh strike last month.

Members of the Communication Workers Union (CWU), including 999 call handlers for the first time in history, walked out for 24 hours following a wave of stoppages in recent weeks.

BT offered staff a flat-rate pay rise of £1,500 in April, which represented a rise of around five percent on average and eight percent for the company’s lowest paid workers.

It has previously told staff it will not re-open a review into pay in 2022 as it was the best offer available.

Strikes are expected to continue into April next year.

Mr Jansen said: ‘We are trying really hard to move out of the situation so that we’re more in harmony with the workforce.’

Shares in BT fell more than seven percent in early trading on Thursday, despite the firm’s assurances that its financial performance remains on track.

It is guiding for full-year underlying earnings of £7.88 billion on revenues of £20.9 billion.