Jobseeker, 63, wins army of fans after donning his best suit and handing out CVs at railway station in desperate hunt for work after losing jobs restaurant manager job during lockdown

A 63-year-old jobseeker has won an army of fans after he donned his best suit and started handing out hundreds of copies of his CV at a railway station in a desperate bid to find a new job.

Trevor Walford lost his job as a restaurant manager in Keighley, West Yorkshire during the nationwide lockdown.

But after spending months at home applying for jobs and being rejected he decided to take matters into his own hands.

Trevor headed to Leeds railway station armed only with his best suit, a sign and a stack of his CVs.

He talked to hundreds of people during the day, he said, and when he got home found that his LinkedIn page had been viewed more than 100,000 times. 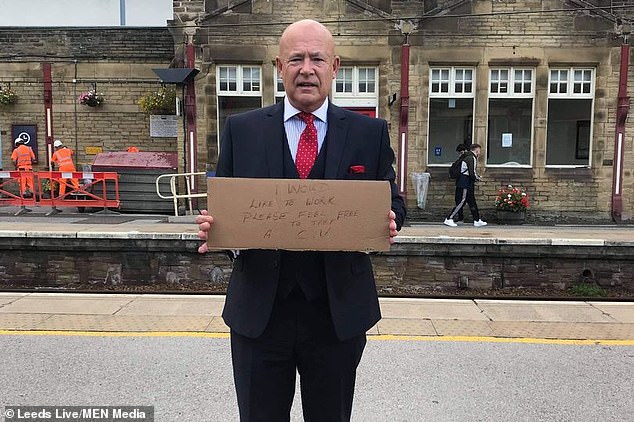 Trevor Walford, 63, stood in Leeds railway station and handed out his CV after he got nowhere when applying to hundreds of jobs online. He is from Keighley, West Yorkshire

Mr Walford said: ‘I live alone and after months of sitting here, applying for jobs online, I got tired of it all.

‘I figured I should put myself out there, so that’s exactly what I did. I didn’t think much of it really.

‘But when I was in Leeds station, the amount of people that came over – probably because I was in a suit and a crappy sign – and spoke to me, it was all just so brilliant. I spoke to so many people.’

He had been left devastated after losing his job in March and had spent almost every hour of every day trying to find a new role.

But with restaurants pulling down the shutters up and down the country, he struggled to find work. 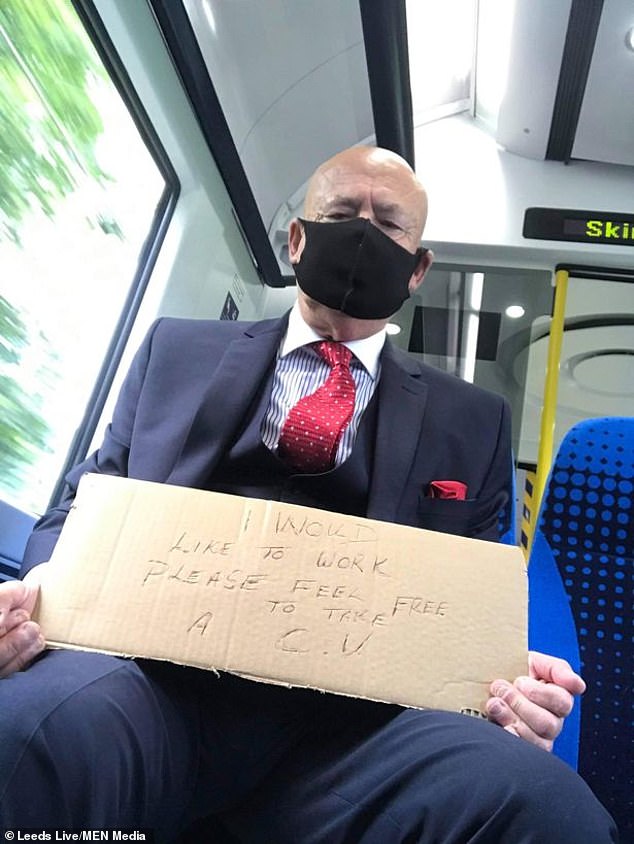 ‘I suppose I am one of many who are in this situation – it has been a very difficult time,’ he said.

‘But after feeling sorry for myself, I realised that I do not want to just sit around and do nothing. I just cannot do that. So I begun looking for work anywhere I could get it.’

Mr Walford admitted he feels employees shouldn’t shy away from hiring him because of his age and he thinks he has been shunned from certain jobs in favour of younger workers.

‘I am as fit as I have been. I could probably do more push-ups than most 30-year-olds,’ he said.

‘Just because of my age, and previous roles, does not mean I am not happy to take a role – I would be happy to stack shelves.

‘Right now, I need to keep my head above water. And I want to give myself the best opportunity to be back in work. That’s why I put the suit on and travelled to the station.’ 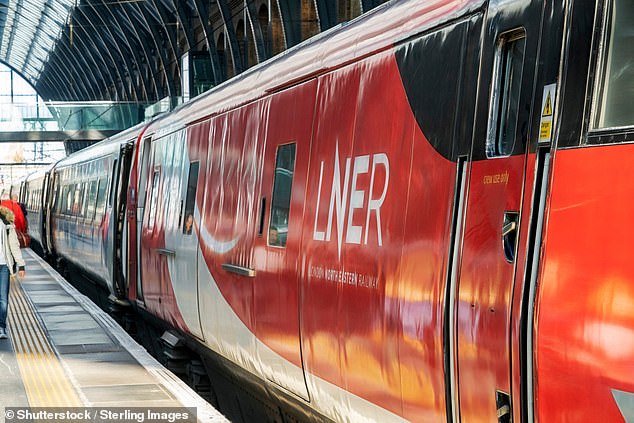 He lost his job during the pandemic. Pictured above is an LNER train pulling in to Leeds station

After spending hours, he handed out well over 200 CVs and spoke to hundreds of people.

‘I’m blown away by all the support, but all I want to be back in work,’ he said.

‘I know it’s a difficult time right now, for so many people. My message to those in my situation would be to get out there and keep on pushing, keep on knocking on the door.

‘If you show that you really want it, you’ll give yourselves the best chance possible. I hope I have done that.’