Hunt is on for the mystery pigeon murderer: Shocked jogger finds corpses of birds that were shot, decapitated and dumped in plastic bags

The hunt is on for a mystery pigeon murderer after a shocked jogger found the corpses of dozens of birds that were shot, decapitated and dumped in plastic bags.

Firefighter Gary Hiscock, 47, was out for a run in Chilworth, Hampshire, on Sunday when he made the horrific discovery.

Dozens of the mutilated corpses were found dumped in plastic bags and covering the ground near a mud track in the village, near Guildford.

There are fears children could have glimpsed the horrific scene, leaving them with ‘nightmares for weeks’. 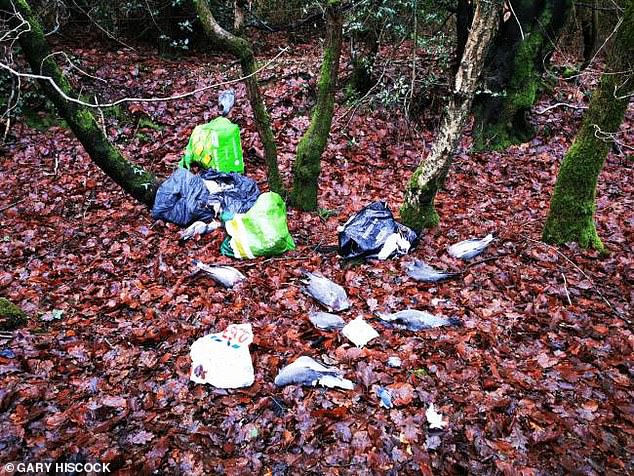 Gary Hiscock believes the pigeons were shot and mutilated before they were dumped in Chilworth, Hampshire, on Sunday morning

From their wounds, Mr Hiscock believes the birds were shot before being dumped off Roman Road, Chilworth.

He said: ‘I was disgusted and annoyed. One for the destruction of an animal and two the blatant disposal in a public road which children use with their parents.’

Charlotte Hughes had been walking along Eldon Road, Braishfield when she came across them and she took to social media to appeal for information.

Commenting at the time she said ‘It really stresses me out because I am a vegetarian and I think if you are going to kill something, put it to good use and don’t just chuck it.’

Regarding Sunday’s find, Hampshire Police said ‘We can confirm that we were called to reports of a large number of deceased pigeons found in a bag on a mud track between Roman Road and Manor Road. 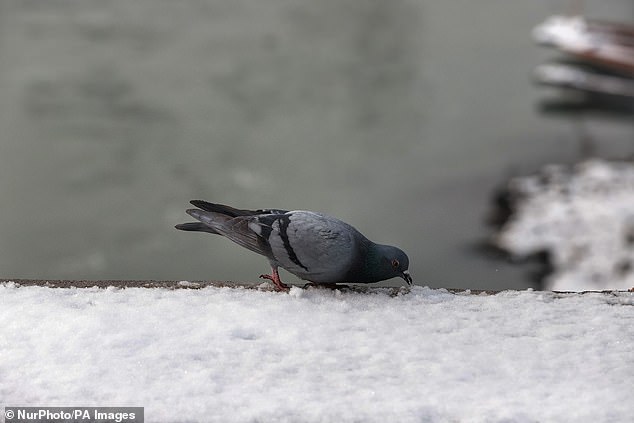 ‘Anyone with information in relation to this incident is asked to contact us by calling 101 and quoting 44210002167.’

The RSPCA said ‘We encourage anyone with information about animal cruelty to report through our cruelty line on 0300 1234 999 or to police.’

In April last year a dog walker from Braishfield spotted a heap of 12 dead pigeons she believed to have been killed by a catapult.