BORIS Johnson was tonight urged to stick with his June 21 end of lockdown for the sake of our pubs, our high streets and our Three Lions heroes.

The rallying cry from 1966 heroes and industry leaders came as a “Plan B” to delay Freedom Day by at least two weeks was secretly being worked on by civil servants. 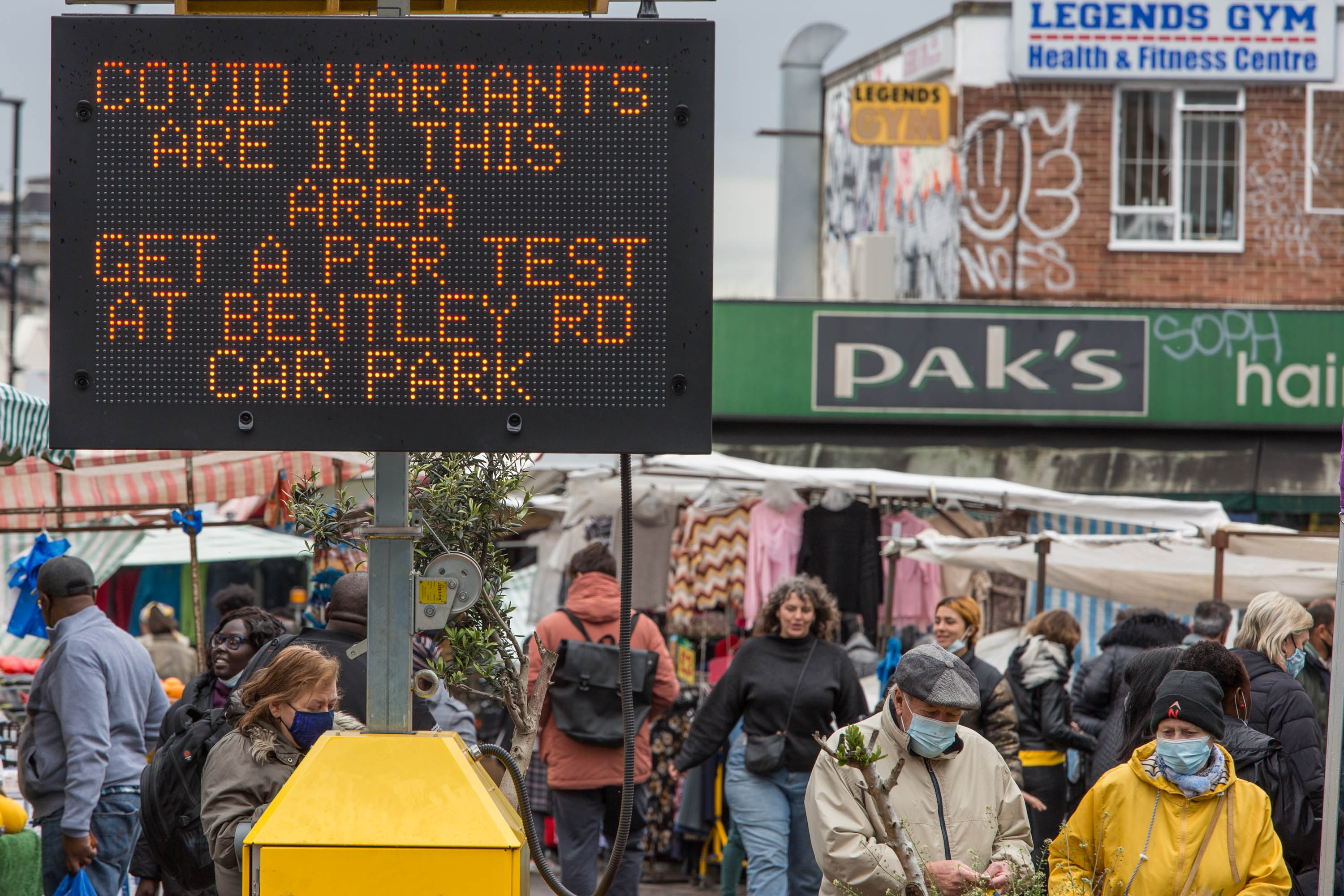 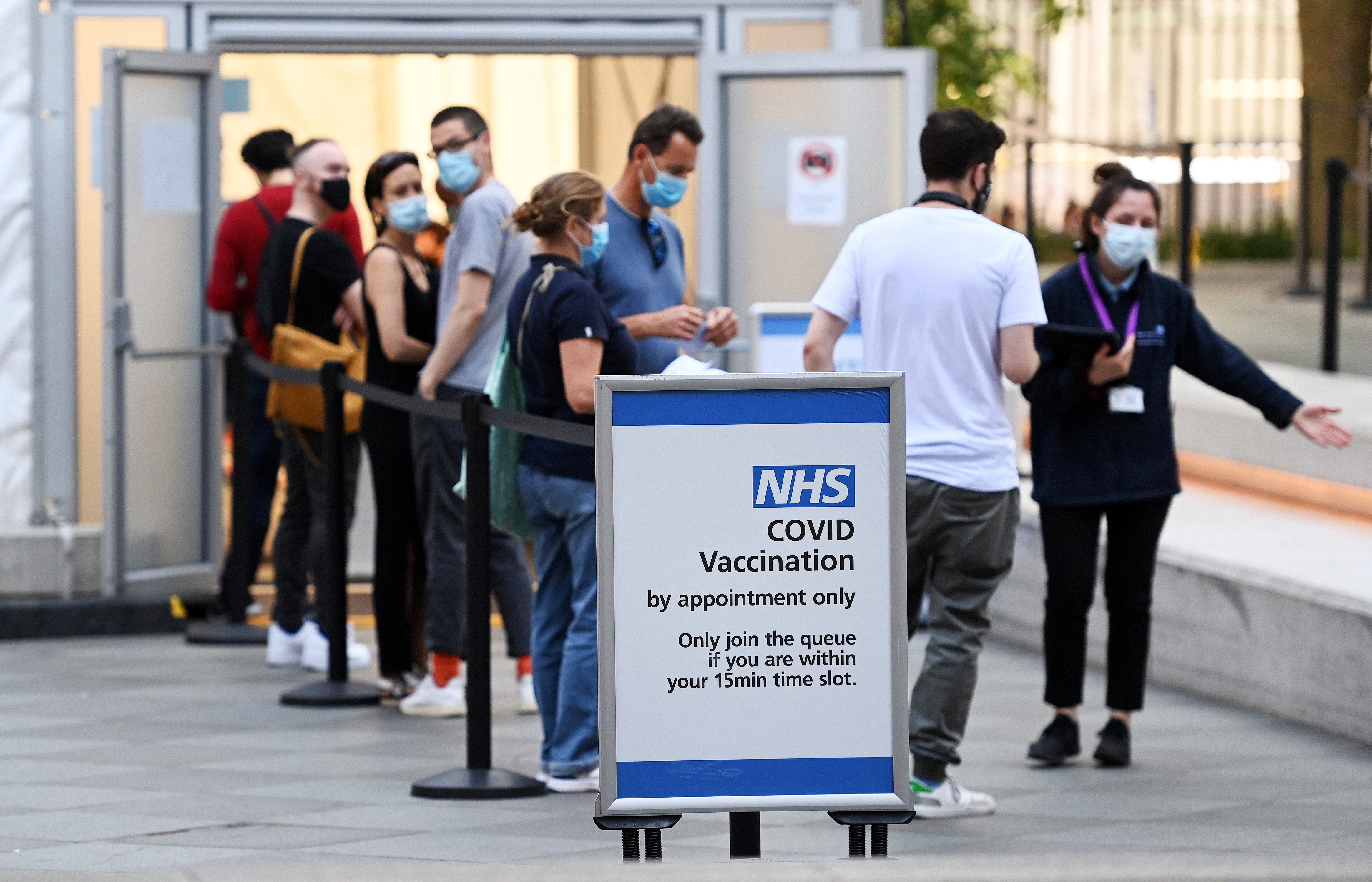 The Sun can reveal contingency plans “worked up” in Whitehall include delaying the final step of the roadmap into July and keeping a raft of social distancing measures in place and caps on fans in stadiums.

But such a move would plunge England’s hosting of the Euros into chaos and would dismay the struggling hospitality industry desperate to unshackle from table serve and limited capacity.

Last night 1966 winner George Cohen, 81, said: “Boris has to stick with June 21- our boys need those England fans in the pubs and in the stadiums.

“It gave us such a boost in '66 and it'll give them a huge boost again. What’s the point of home advantage if our fans can’t roar us to the final.”

The tournament starts on Friday, with England's first game against Croatia next Sunday.

England’s final group game – against Czech Republic – is on June 22 and would allow pubs to fill to pre-pandemic levels and repeat the scenes of Euro 1996.

By the time Wembley hosts the semis and the final it was hoped numbers in the stadium would also be dramatically hiked.

And desperate hospitality chiefs last night begged Boris not to bottle lifting social distancing, saying even a two week delay would be a £1.5billion hit.

The pub giant Greene King says it would see £1million worth of trade lost for every football game played during the tournament if restrictions are not lifted.

But a delay would allow more Brits to get at least one jab and give ministers and medics more time to study data as case numbers creep up again.

The Prime Minister is holding firm on the date, but ministers fear 21 June will be too soon to “definitively” prove that the jab has broken the link between case rates and people getting hospitalised.

This week Mr Johnson said the evidence was currently “ambiguous”, as case levels soared to their highest rate since March.

More than 6,000 new cases were confirmed, as Professor Lockdown Neil Ferguson warned the Indian variant could yet be 100 times more transmissible than other strains.

The crucial R rate is also as high as 1.2 according to SAGE – meaning the virus is up and up again.

But it's all eyes on hospital data after 278 people with the Indian variant attended A&Es in England in the past week, resulting in 94 people being admitted overnight, according to Public Health England.

This compares with 201 A&E attendances in the previous week, with 43 admissions.

However the majority of admissions continue to be people who have not been vaccinated, according to PHE.

East Lancashire covers some of the UK's current Covid-19 hotspots, including Blackburn with Darwen, Ribble Valley and Burnley.

The average number of admissions a day for East Lancashire, based on a seven-day rolling average, currently stands at five: the highest since mid-March.

Professor Ferguson said Mr Johnson had “very difficult judgment call” on whether to unlock in 16 days time as Ministers and officials dusted off contingency plans.One Cabinet source told The Sun: "I can't say we are not preparing for it, but we are not there quite yet".

A senior aide added: "We still have to wait for the data on hospitalisation and deaths before we make a final decision.

"But of course conversations are ongoing about a potential Plan B as you'd expect, but we hope we don't have to use it."

Mr Johnson has vowed to give businesses and the public at least a week’s notice if the restrictions are to be lifted, meaning a decision on the 14th at the latest.

A government source insisted: "We always knew that cases were going to go up as we unlocked at each stage, but the crucial question is whether this then results in hospitalisations – or whether vaccines are providing the protection we need.

"We’ll have to watch the data closely over the next week before making a final decision, as we have done at each step.”

Bosses and brewers went public with the pleas for Mr Johnson not to bottle it.

She added: “This needs to be a full and final unlocking – hospitality simply is not viable if it has to live with restrictions. Put simply our businesses are losing money on a daily basis every day they are open and they are running out of road, particularly given that govt support is withdrawn from 30 June.”

And the boss of Greene King added the sales hit from keeping the current Covid rules in place would be a “devastating blow” for Britain’s pubs after a “crippling” 15 months amid the pandemic.

More premises could close up and down the country, with the loss of thousands of jobs, they predicted.Greene King chief executive Nick Mackenzie said it was “incredibly important” that the Government stick to its original plan for 21 June.

This would allow for standing at the bar to order drinks and not having to wear masks when walking around the pub, plus groups of more than six and mixing between households.

The boss of the 2,660-strong chain explained: “For pubs, this summer is crucial – being able to welcome friends and families back with restrictions removed from 21 June will mark the first time that we will be able to trade normally and profitably again since the start of the pandemic.

“It’s incredibly important that the government does all it can to stick to its plan and make sure that this happens or we face losing £1million in trade for every football game that restrictions are in place.”

He added: “After the year that we’ve had, and the millions the industry has invested in making pubs safe for customers any delay would also be a devastating blow.”

The Euros start next Friday, with the first England game on 18 June.

“Bringing people together to watch the game on the big screen is what we do, and being able to do that again this summer will give the pub industry a fighting chance of rebuilding after a crippling 15 months,” Mr Mackenzie said.

She said: "The countdown to freedom for our sector on June 21st is on.

"Without restrictions removed, thousands of pubs remain unviable and could still be lost forever despite being back open for now.

“As more and more individuals receive their vaccination, if the Government’s four tests for the removal of restrictions are met it must remove them on June 21st. Otherwise, more grant support is going to be essential to tie our pubs over.”

Experts today warned the Indian Covid mutation could be 100 per cent more infectious than the Kent variant, which caused the country to lockdown in January.

Professor Neil Ferguson, from Imperial College London, whose modelling was instrumental to the UK locking down in March 2020 said vaccines are helping, but warned the Indian variant is spreading.

Speaking to BBC radio 4's Today Programme he said: "There's some uncertainty around that depending on assumption and how you analyse the data, between about 30 per cent and maybe even up to 100 per cent more transmissible."

The rise in cases has resulted in mounting pressure from scientists to hold back.

Earlier this week, Boris Johnson hinted he would still press on with plans to end lockdown this month – despite warning the decisive data was still "ambiguous".

It comes as official figures showed Covid cases in England have soard 75 per cent in seven days to 86,000 last week.

The UK is at the “start of a Covid epidemic in the young”, according to data, as hotspots threaten the lockdown lifting on June 21.

Government advisers at Sage today said the R rate in England is now 1.0 to 1.2.

An R rate below 1.0 is favoured because it means that the outbreak is still shrinking.

It peaked on January 15 at between 1.2 and 1.3, came down to a low of 0.6 to 0.8 in mid-March, before creeping up again over the past few weeks since Brits were given more freedoms.

There are fears the Indian variant and a mutated version of the strain, dubbed the "Nepal variant" will force "Freedom Day" to be delayed, after cases doubled in a week.

But teens aged 12 to 15 will be able to sign up to get a Pfizer vaccine when their slot comes to get jabbed – after approval was confirmed today.

Prof James Naismith, Director of the Rosalind Franklin Institute, and University of Oxford, said: “There are two factors at play here, once is the easing of the lockdown measures in May and the second is the delta variant (which has now become dominant).

“The trajectory of the case numbers in the North West are particularly worrying. East Midlands appears on a similar track.

"We are seeing some evidence for an increase in hospitalisation where the case numbers are highest. Without vaccines, we would seem to be a the start of a third wave and given the nature of the delta, such a third wave could have been particularly disastrous.

“It is worth pausing to remember that if it is as transmissible and severe as early data indicate the delta variant will devastate less developed countries. I am filled with dread and sorrow for what lies ahead." 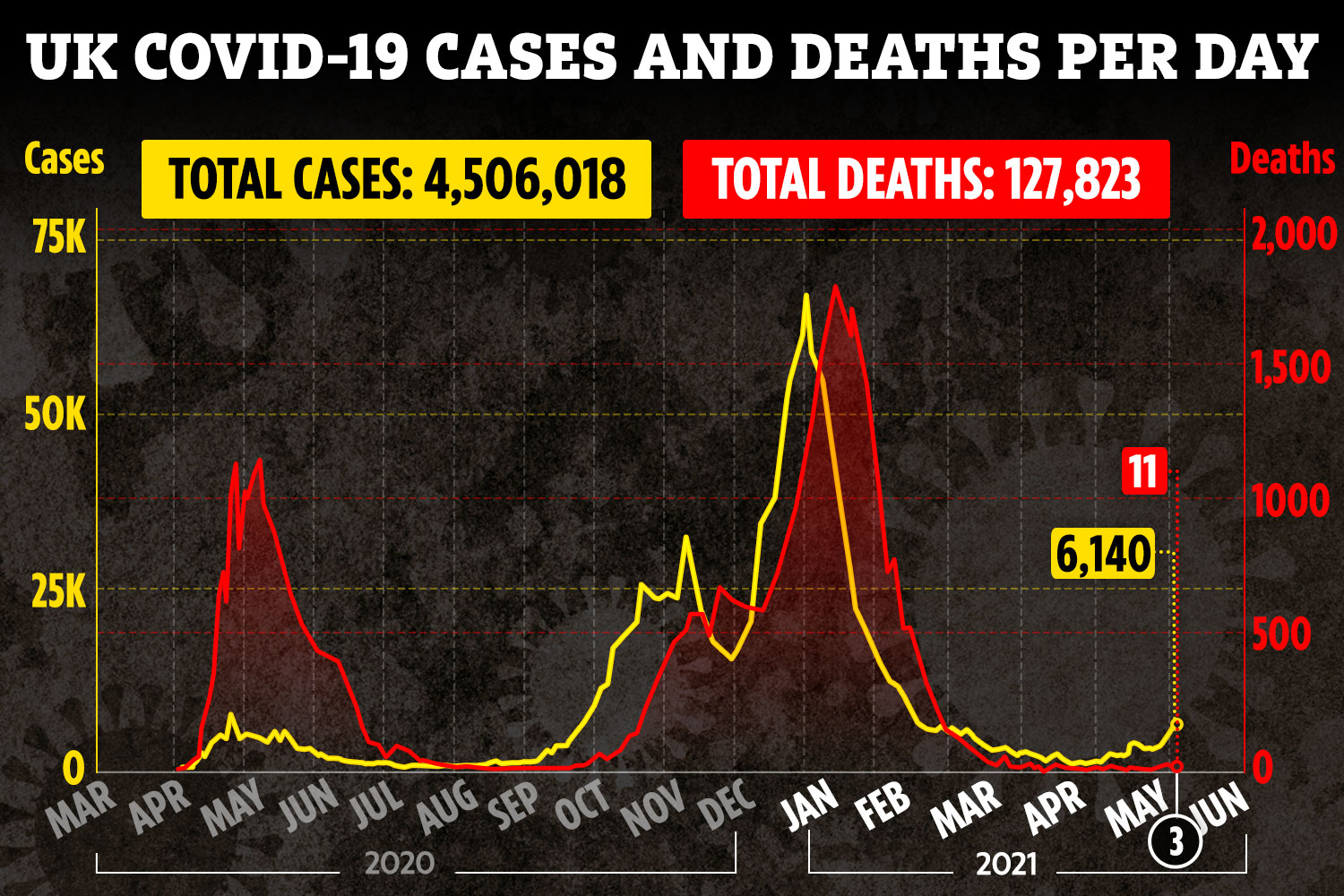