June Sarpong will quit as BBC diversity tsar after less than three years in the £267,000 three-day week role

June Sarpong will be quitting as the BBC’s diversity tsar after less than three years in the £267,000 three-day week role.

Ms Sarpong, director of creative diversity at the BBC, took home £1,700 per day she worked after she was appointed to the role in November 2019.

Though not a member of staff, this means that the 44-year-old would earn £445,000 if she did the job full-time, according to an annual BBC report, published in July 2021.

The TV presenter was then given a new contract in November 2021, Variety reported, and will now leave the corporation later this year.

At least 15 women of colour have departed the BBC in the last year according to Variety. 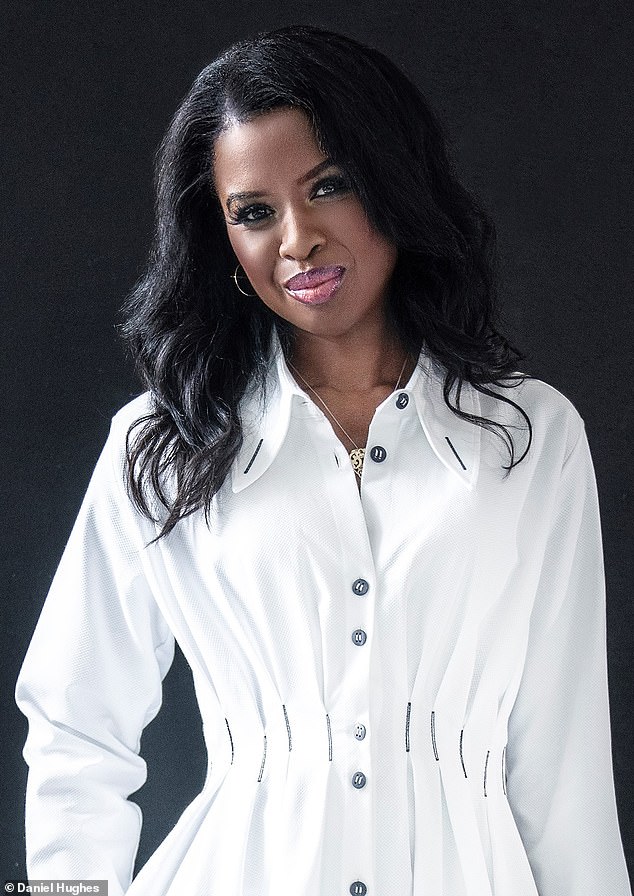 June Sarpong, pictured at the Burberry awards, will be quitting as the BBC’s diversity tsar after less than three years in the £267,000 three-day week role

Ms Sarpong, an MBE, also speaks at corporate events – where she reportedly earned £30,000 in eight weeks – along with TV appearances and being the author of several books such as Diversify, The Power Of Women, and The Power Of Privilege: How White People Can Challenge Racism.

She was appointed as the BBC’s first creative diversity director in 2019 to ‘achieve real change’ in increasing the number of ethnic minorities and disabled people on screen.

During her time, the corporation committed £100million to diverse and inclusive talent for three years and the BBC’s first Creative Diversity Xperience was aimed at showcasing BAME talent.

A BBC spokesperson told Variety: ‘As the BBC’s director of creative diversity June Sarpong is continuing to deliver on her commitments to ensure audiences across the U.K., from all backgrounds and communities, can feel that the BBC is for them.’ 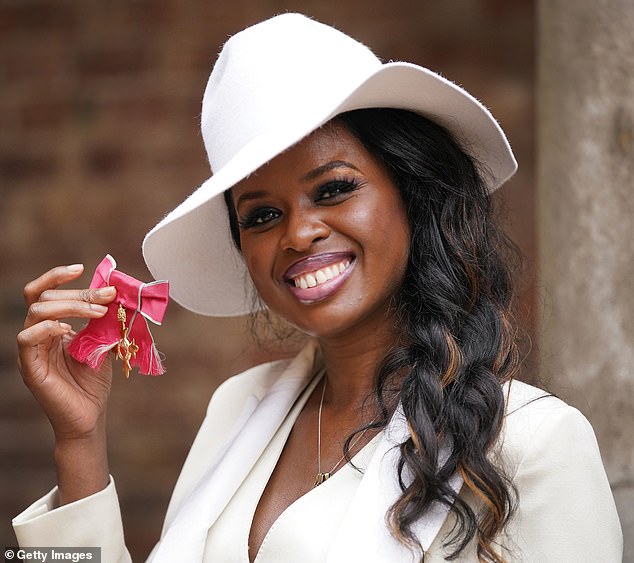 Ms Sarpong, an MBE, pictured during her investiture ceremony in July 2021, also speaks at corporate events – where she reportedly earned £30,000 in eight weeks

Ms Sarpong began her media career with the radio station Kiss 100 and later became an MTV presenter and one of the female faces of Channel 4’s daytime teen-aimed programme T4.

She said in 2020, after her appointment to the BBC role, ‘I understand first hand what the problems are and who the problem is as well and where the barriers are to progress.

‘I’ve been in rooms with commissioners where you’ve been gaslighted.

‘I’ve been up for jobs and, last minute, there’s been fear of whether or not a black person can present a mainstream show.’

Ms Sarpong has also spoken out about how the ‘elite white male’ has the most privilege in society, and the white working class also have more power than those from black and Asian backgrounds.

She said that even white people from a low income background have an advantage because they are ‘never judged’ on their race.

Speaking in 2020, she said: ‘There is unfairness baked into our system.

‘I don’t for a single second say that all white people are privileged. Of course not.

‘But there are benefits even if you come from a low income and you’re white. You’re never judged on your race.’ 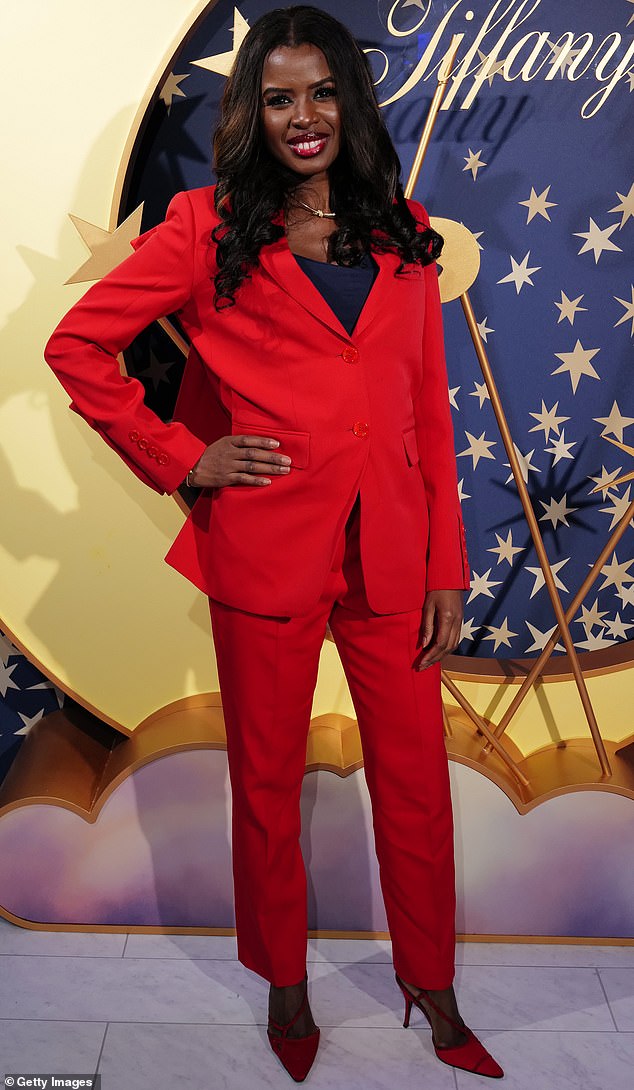 The BBC has put out on advert, closing on April 29, for the job that comes with a flexible working option as part of a 35-hour working week but with no indication of how much the person who takes the job will earn.

Currently, BBC head of creative diversity Miranda Wayland, who will leave for Amazon and Prime, is covering Ms Foster’s role.