The Duke and Duchess of Cambridge are all sparkles — and smiles — in a new photo marking the start of 2022.

The photo, which appears to have been taken the night of the James Bond movie “No Time to Die” premiere at London’s Royal Albert Hall in September, shows the couple cozying up in the backseat of a car holding hands. The duchess is leaning into husband, Prince William, and both bear beaming smiles.

— The Duke and Duchess of Cambridge (@KensingtonRoyal) December 31, 2021

"Wishing everyone a Happy New Year," the caption reads alongside a fireworks emoji.

The snapshot is a rare glimpse into the more casual, playful side of the Cambridges and their relationship together outside their working roles as royals.

At the premiere, the former Kate Middleton, who turns 40 in January, stunned in a sequined gold Jenny Packham gown that was embellished with a long, flowing cape, according to Elle, while Prince William opted for a sleek velvet tuxedo jacket.

The Duke and Duchess walked the red carpet with William's father, Prince Charles, and Charles' wife, Camilla, Duchess of Cornwall, at the star-studded event that had been delayed because of the coronavirus pandemic. 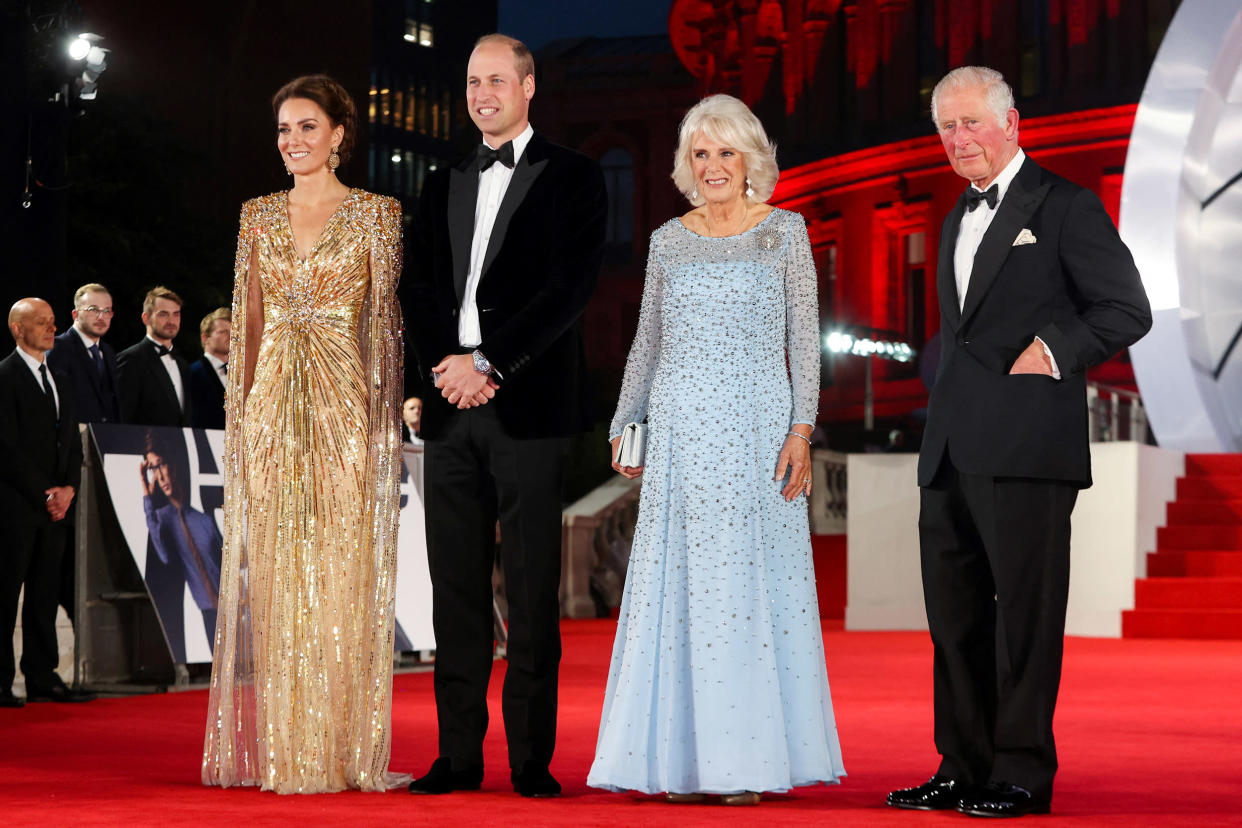 It's not the first time this month the royals have given the world a peek behind the palace curtains.

The duchess revealed her ear for music for the first time on television during a Christmas Eve concert, where she was joined by Scottish singer Tom Walker for a special performance during the “Royal Carols: Together at Christmas” ITV special.

Performed at Westminster Abbey, the duo produced the singer’s holiday song, “For Those Who Can’t Be Here” with Walker on guitar and vocals and the duchess herself playing the piano.