Speaking out for the first time since her diagnosis, McEnany told Fox News’ Sean Hannity that she was “feeling great” and suffered “no symptoms” of the virus. 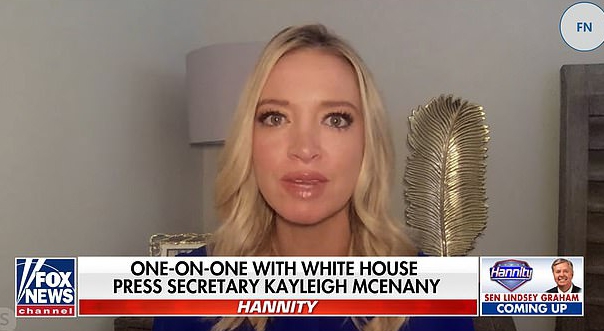 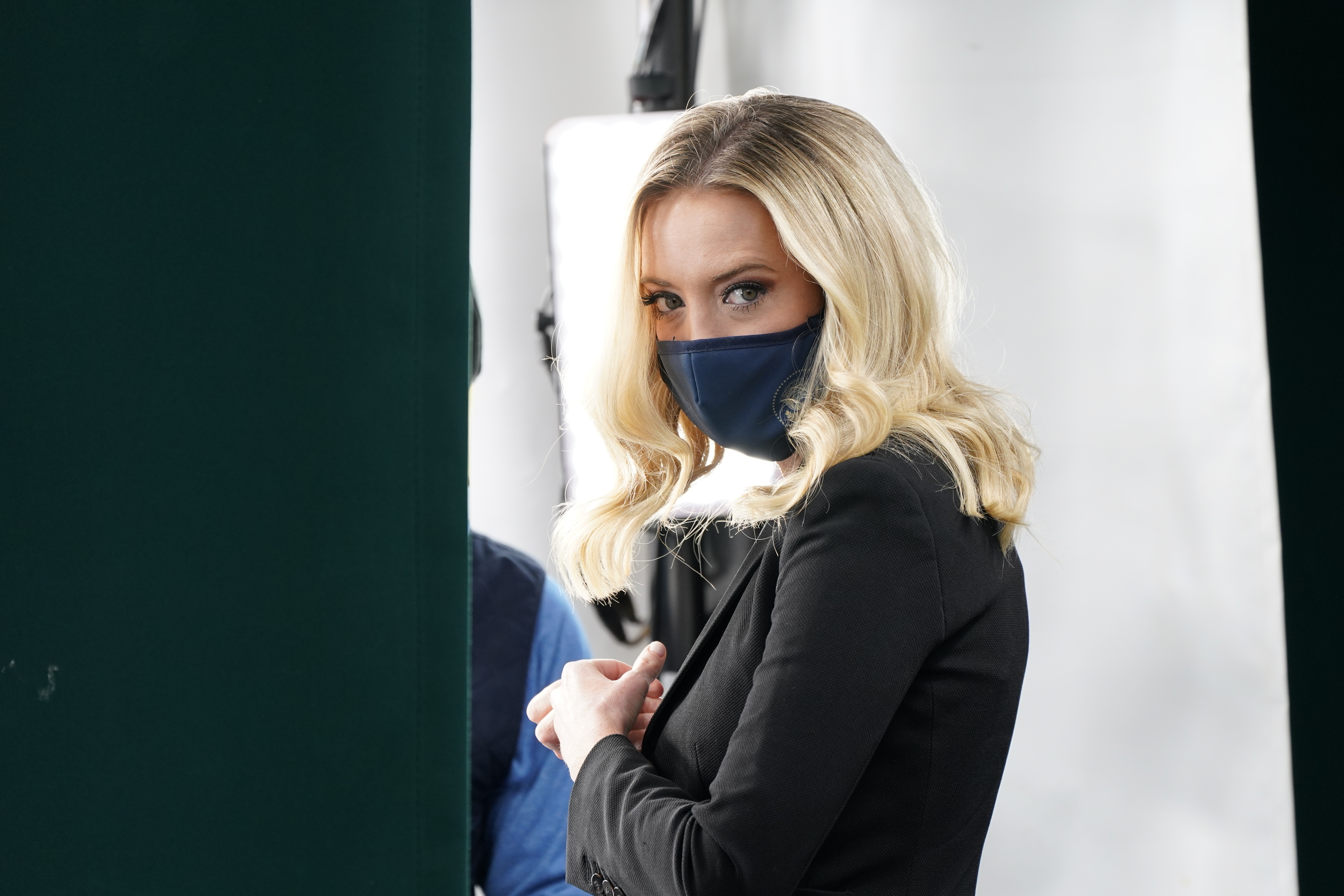 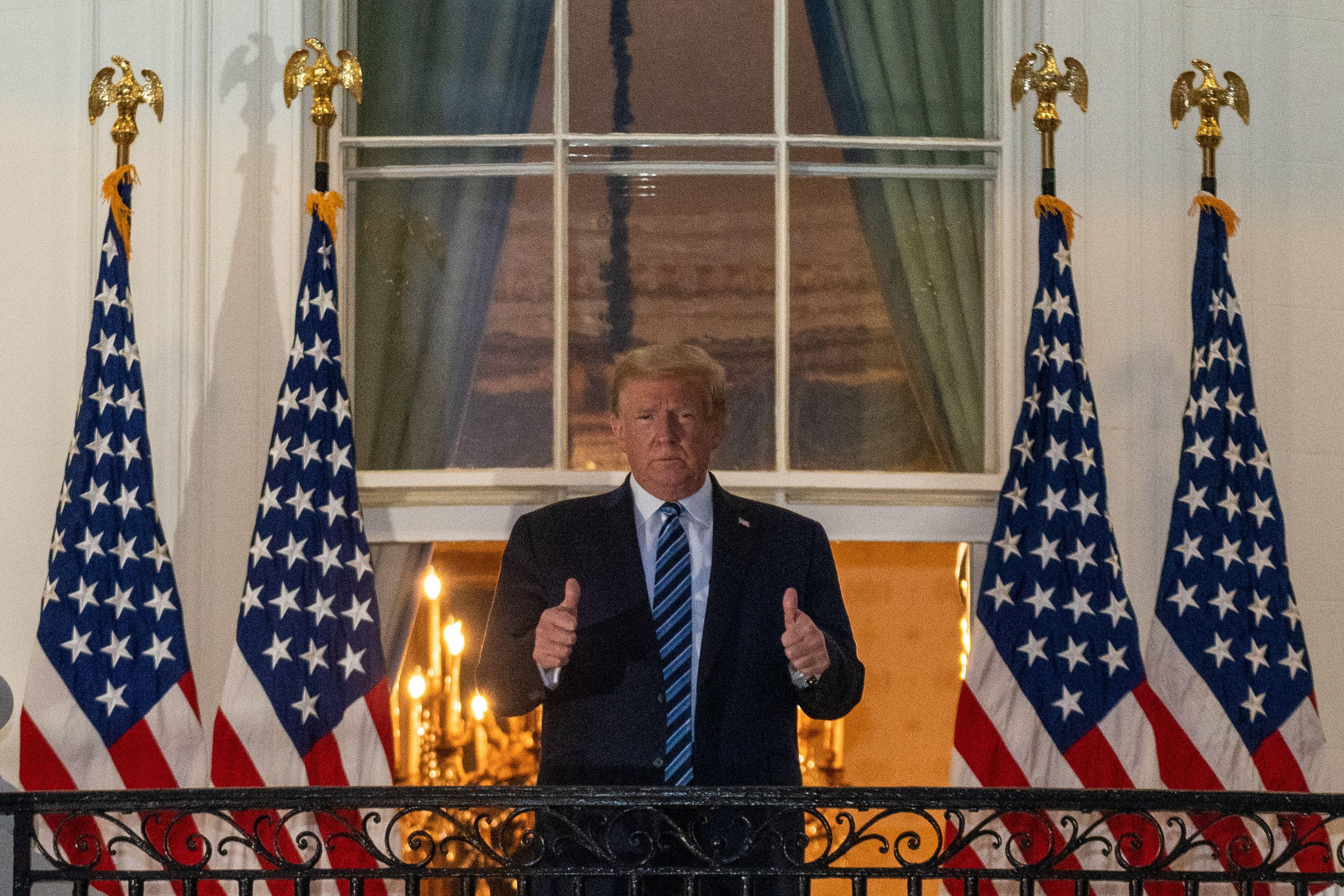 “You know I'm very blessed to have a mild case or really just an asymptomatic case,” she said during the televised interview.

The White House press secretary added how pleased she was to see the President feeling better after he entered hospital last week.

Trump was discharged from Walter Reed Army Medical Center three days after he was admitted with Covid-19.

After returning to the White House, Trump recorded a triumphant video, claiming that he was overcoming the virus and told Americans: "Don't let it dominate you. Don't be afraid of it. You're gonna beat it."

"Watching him on that balcony just showing that we will overcome, America will overcome, just as he is overcoming this illness was a really nice moment for our country to see."

Her well wishes come just a day after she briefed the press without wearing a mask on Sunday despite one of her deputies having tested positive a few days prior.

Karoline Leavitt and Chad Gilmartin, both deputy press secretaries who report to McEnany, tested positive for Covid-19 last week, according to CNN.

McEnany was at the White House on Friday and Sunday after the President and his senior adviser Hope Hicks tested positive for the virus.

Meanwhile, Joe Biden slammed "macho" Donald Trump for taking off his face mask to pose for photographs as the President returned to the White House last night.

The Democratic presidential nominee was speaking at a town hall in the battleground state of Florida just minutes after Trump made his triumphant return to the White House.

"Anybody who contracts the virus by essentially saying: 'Masks don't matter, social distancing doesn't matter,' I think [he] is responsible for what happens to them," Mr Biden said.

'WHAT IS THIS MACHO THING?"

The 77-year-old former Vice President, again, lobbied for nationwide mandatory mask wearing and criticized those who refused to wear a face covering.

"What is this macho thing, I'm not going to wear a mask? What's the deal here? Big deal, does it hurt you? Be patriotic for God's sake! Take careful of yourself, but take care of your neighbors," he told undecided voters in Miami last night.

This comes as the President's communications director says he wants to take on Joe Biden in another debate in nine days time.

The president assured supporters he will be back campaigning before he was discharged from hospital Walter Reed Medical Center, where he was receiving treatment for coronavirus.

His campaign has launched a fresh strategy to  help beat his Democratic rival in the polls, acknowledging that Trump now has an edge over Biden – an experience with the deadly virus.

She added that Joe Biden does not have “those firsthand experiences”. 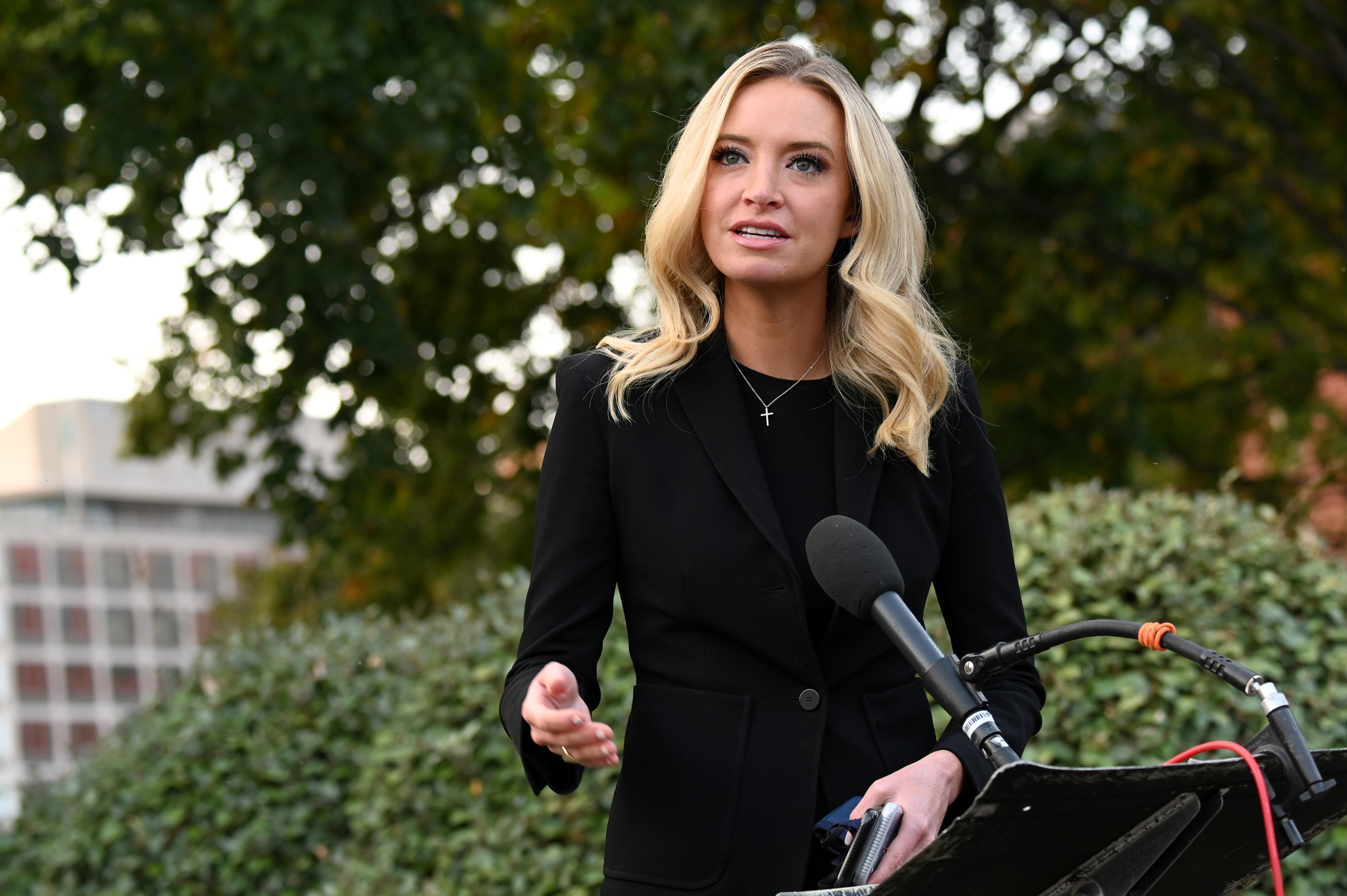 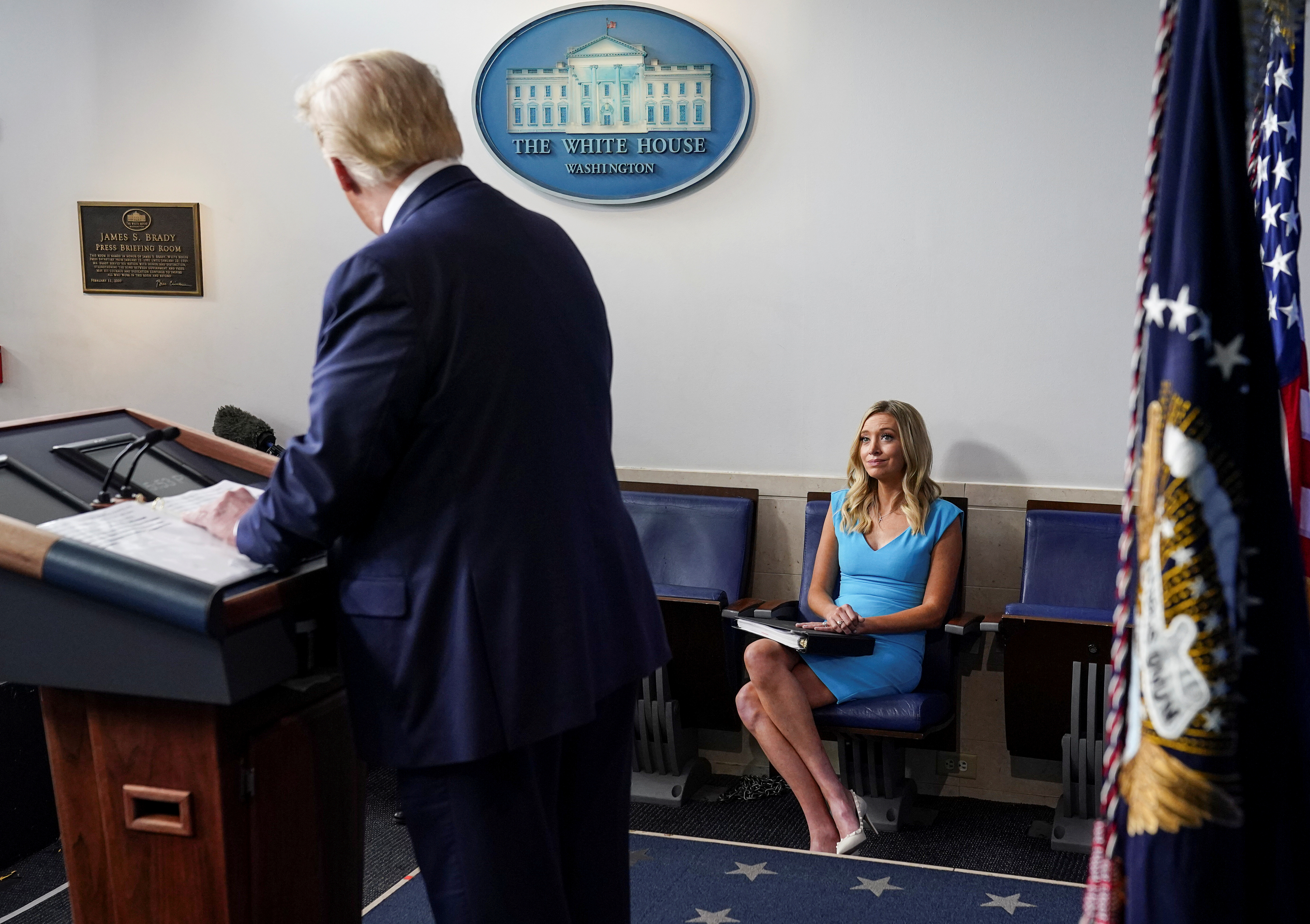 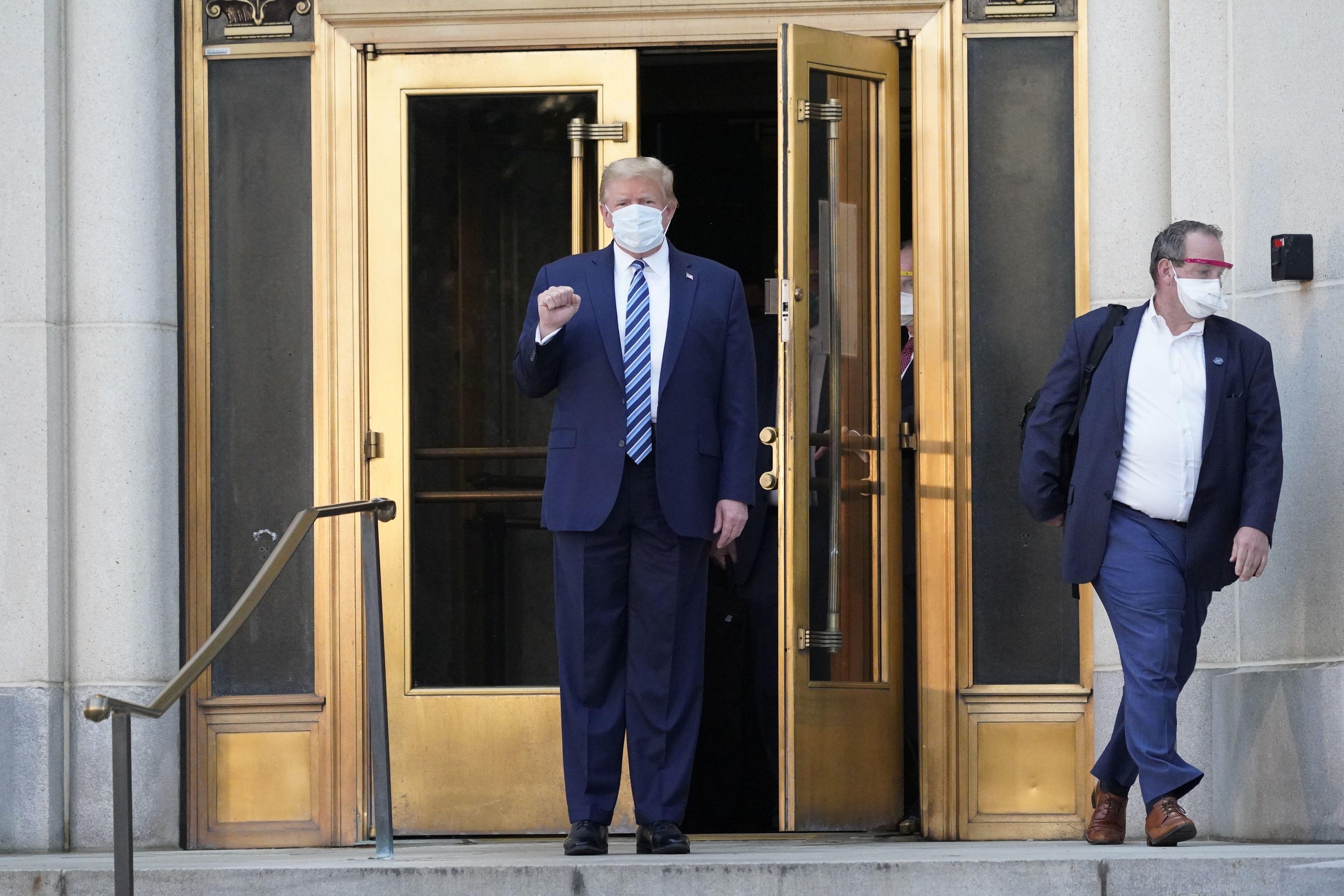 We will use your email address only for sending you newsletters. Please see our Privacy Notice for details of your data protection rights. Brussels has…

We will use your email address only for sending you newsletters. Please see our Privacy Notice for details of your data protection rights. Philip has…