A NEWLYWED who lost his arm when it was caught in a shredding machine is trying to get a bionic arm so he can get his life back.

Nathan Johnston, 27, lost his right forearm up to his elbow after the sleeves of his overalls were caught in a machine while at work in November 2013. 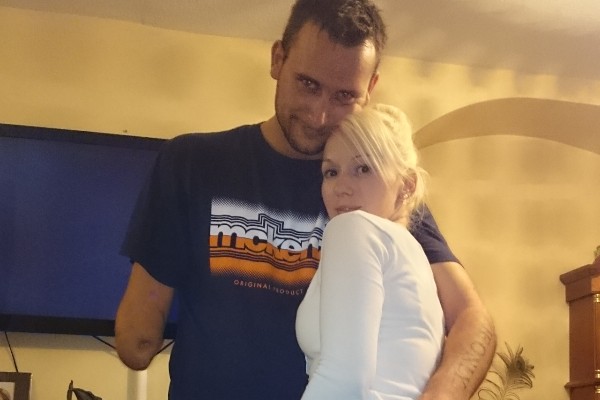 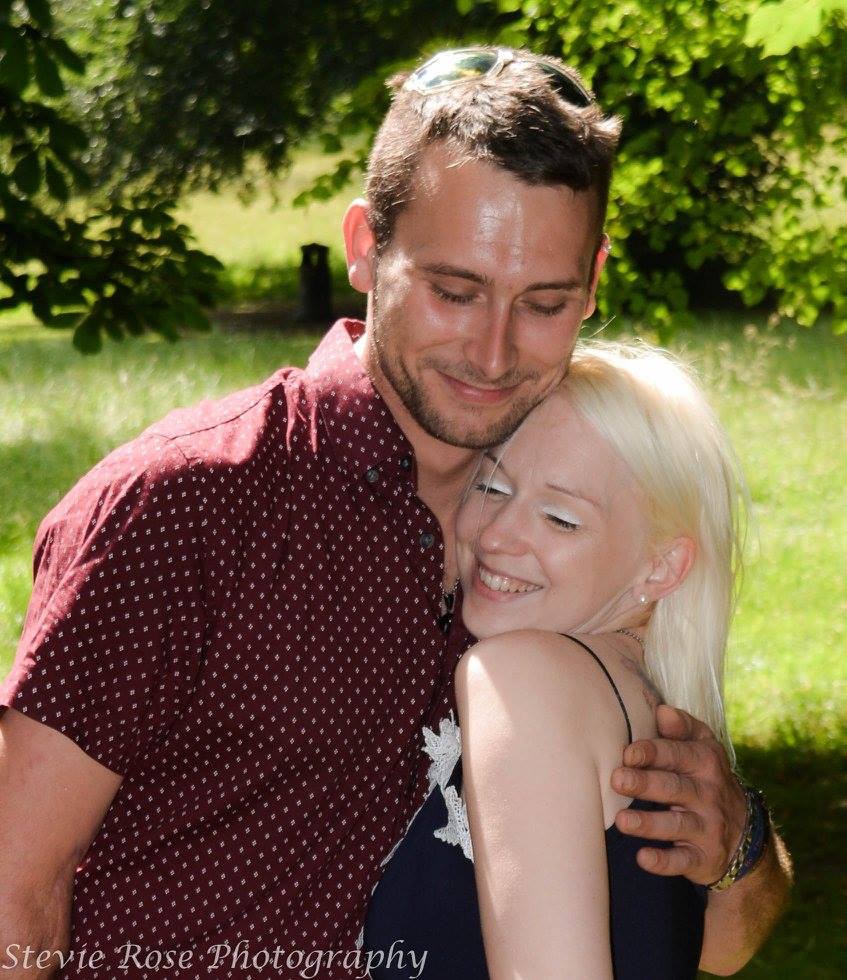 The former tyre shredder received a paltry £5,000 in compensation from the owner of LMR tyre recycling after he admitted removing safety features from the machine.

But Mark Arabaje has stopped paying the damages back to Nathan and hasn't given over any cash since November 2015.

Wife Laura, 32, who became Nathan's full time carer following the "nightmare" accident is now trying to raise £25,000 for a bionic arm that will give her husband his freedom back. 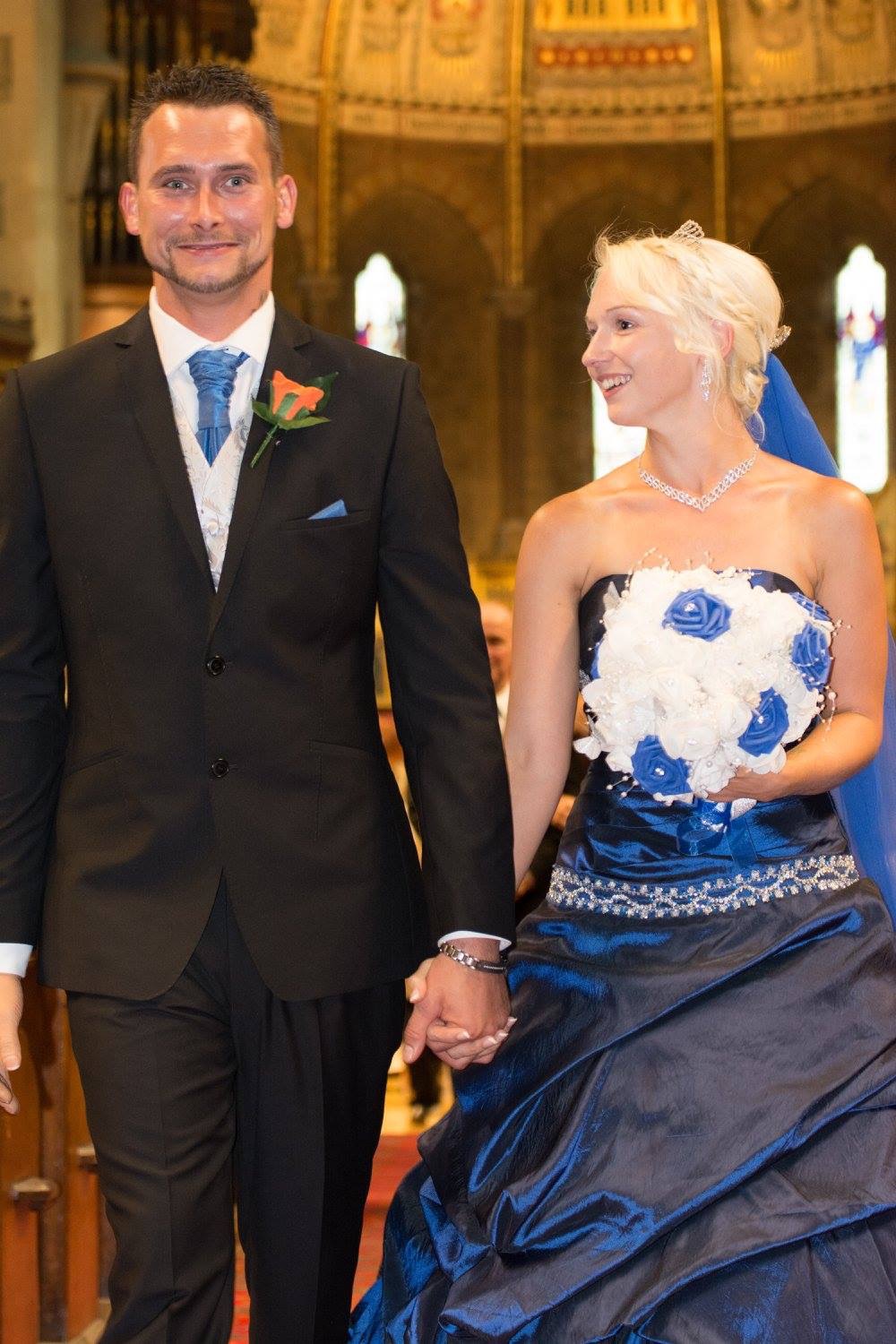 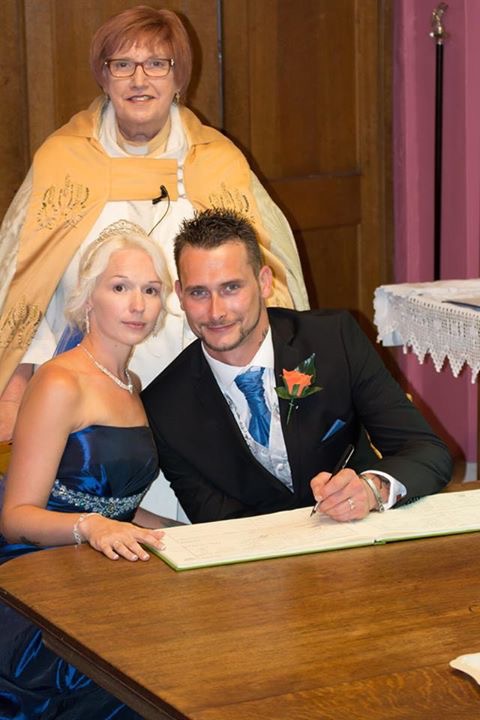 Nathan struggles with simple tasks such as tying his shoelaces and when he married Laura on September 10, he had to find a toolkit to remove his current NHS arm after it got stuck.

The former hairdresser, from Ashford, Kent, said: "Nathan has a prosthetic arm from the NHS but he doesn't like wearing it because it is static and restricts his movement.

"It rubs the skin on his back and can be quite painful for him.

"He wore it on our wedding day but it wouldn't release his hand at all so we ended up having to get a toolkit from a guest so he could remove it for the evening.

"Getting the bionic arm would change his life.

"His injury puts a lot of strain on him. If he gets his bionic arm he can have his life back.

"At the moment he can't tie his shoelaces and cut his food.

"He just wants to go back to work and have a new lease of life." 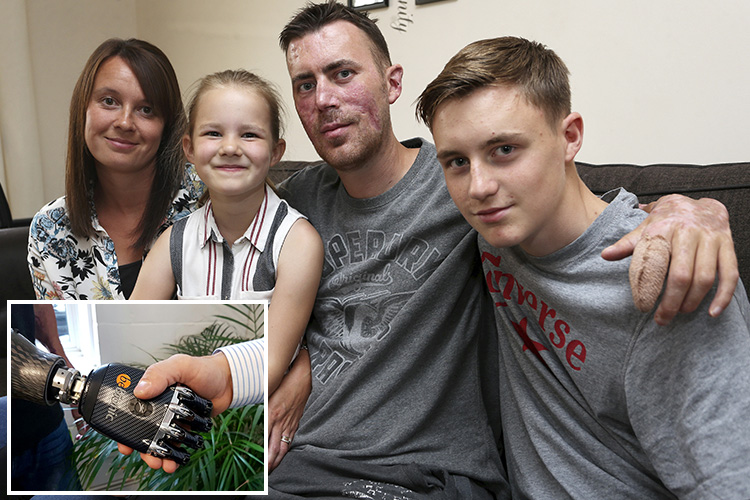 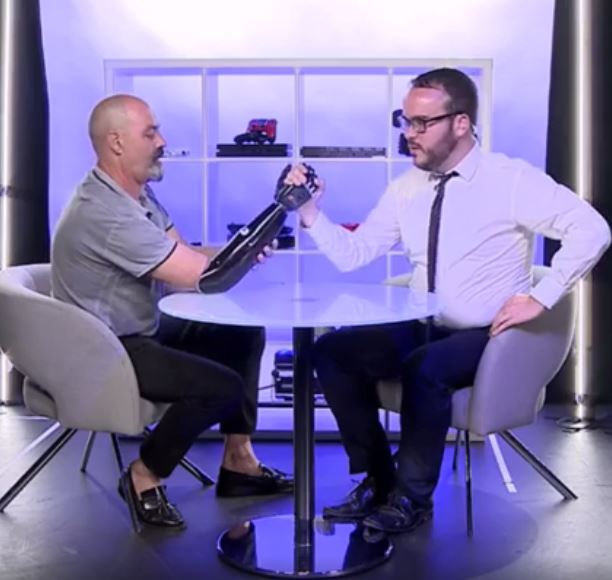 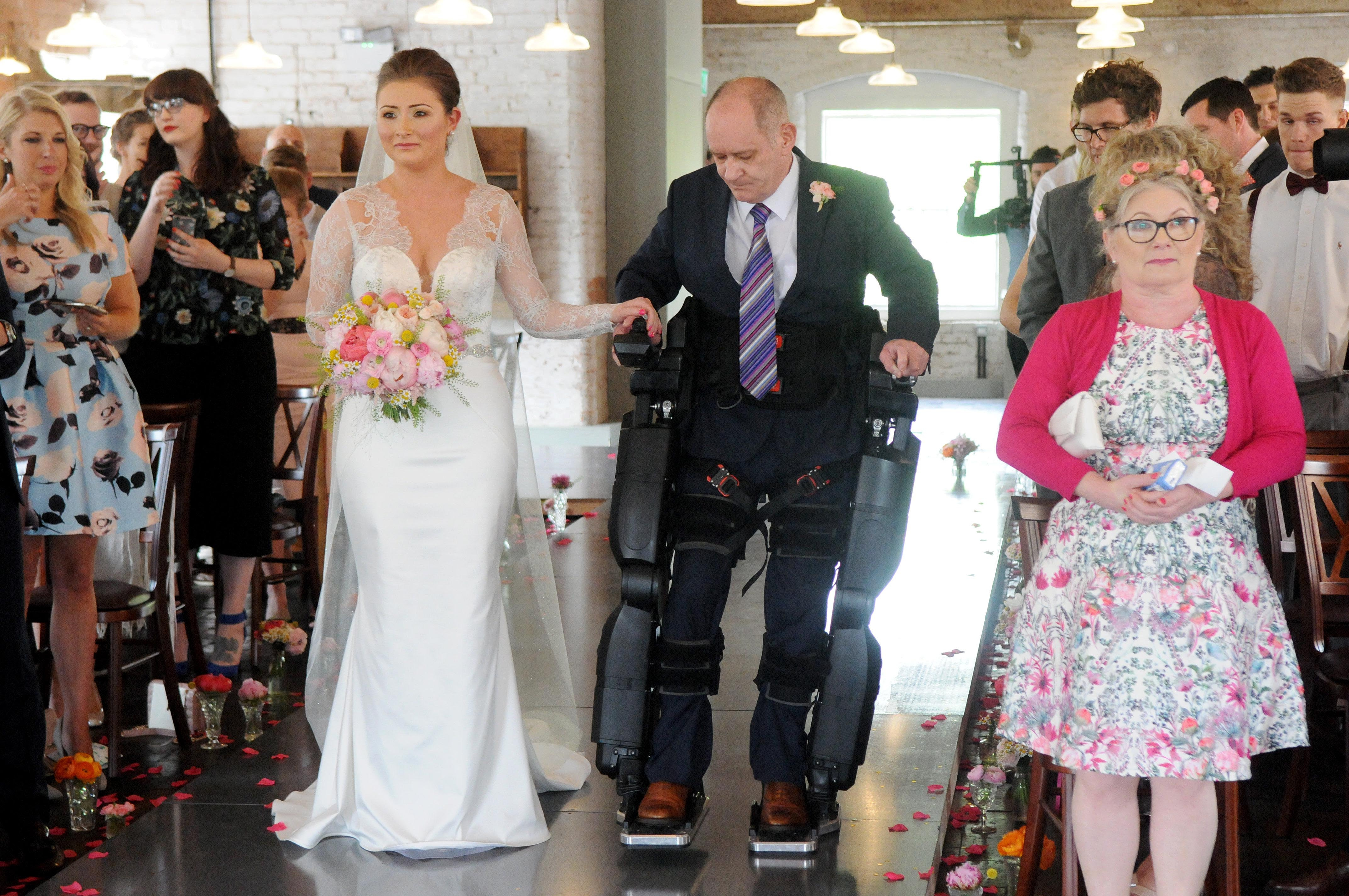 Nathan was working as a tyre shredder at the firm in Ashford, Kent, in November 2013 when the sleeve of his work overalls were caught in the shredding machine.

Firm owner Arabaje admitted he had removed safety guards that would have stopped the machine as soon as anything got stuck in it.

A spokeswoman for the CPS finance office confirmed the last payment had been received in November 2015 and Arabaje has not paid anything since.

The enforcement team have now issued a warrant to find Arabaje, who admitted his had not been paying and said he "feels bad" for Nathan. 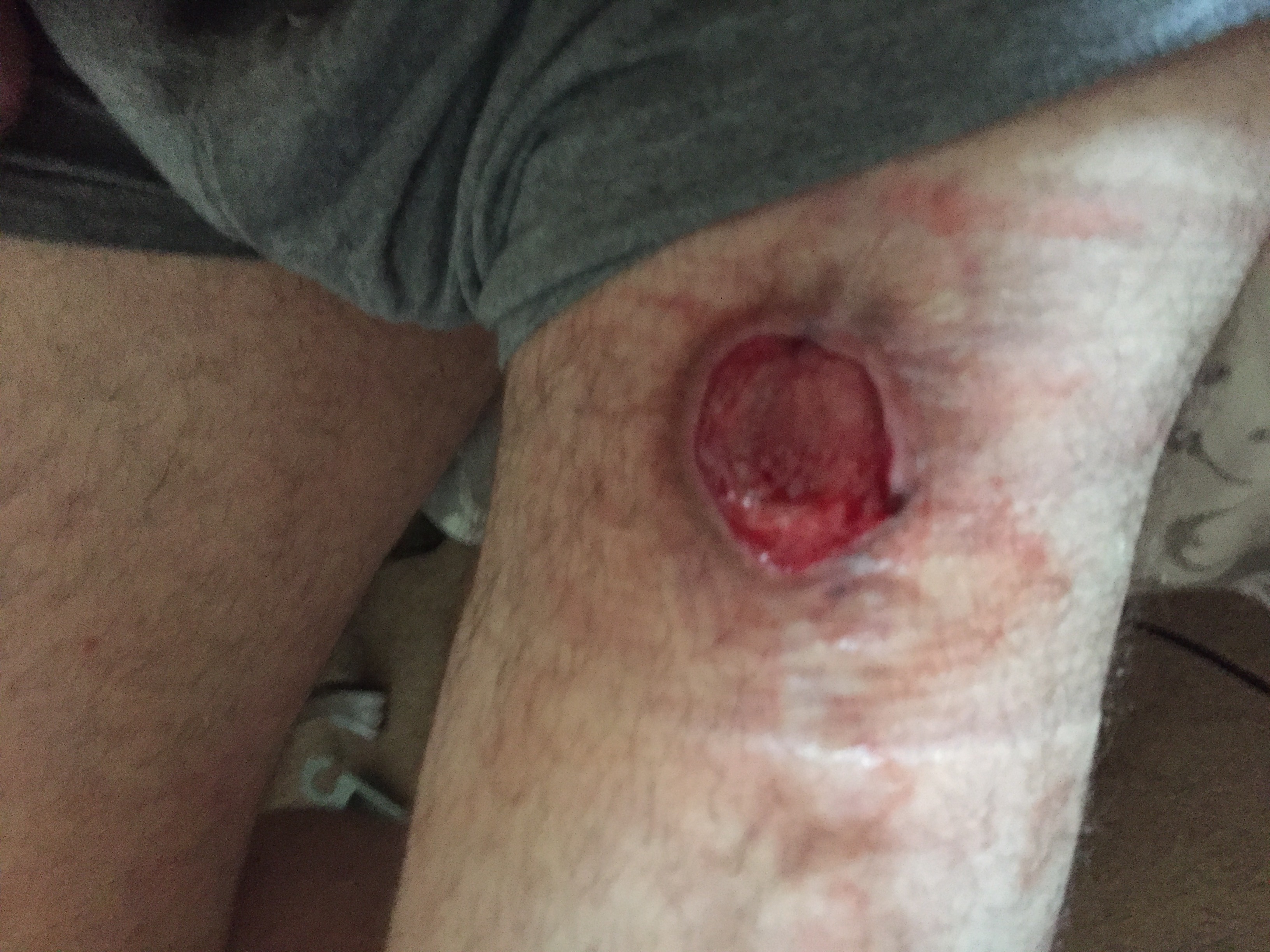 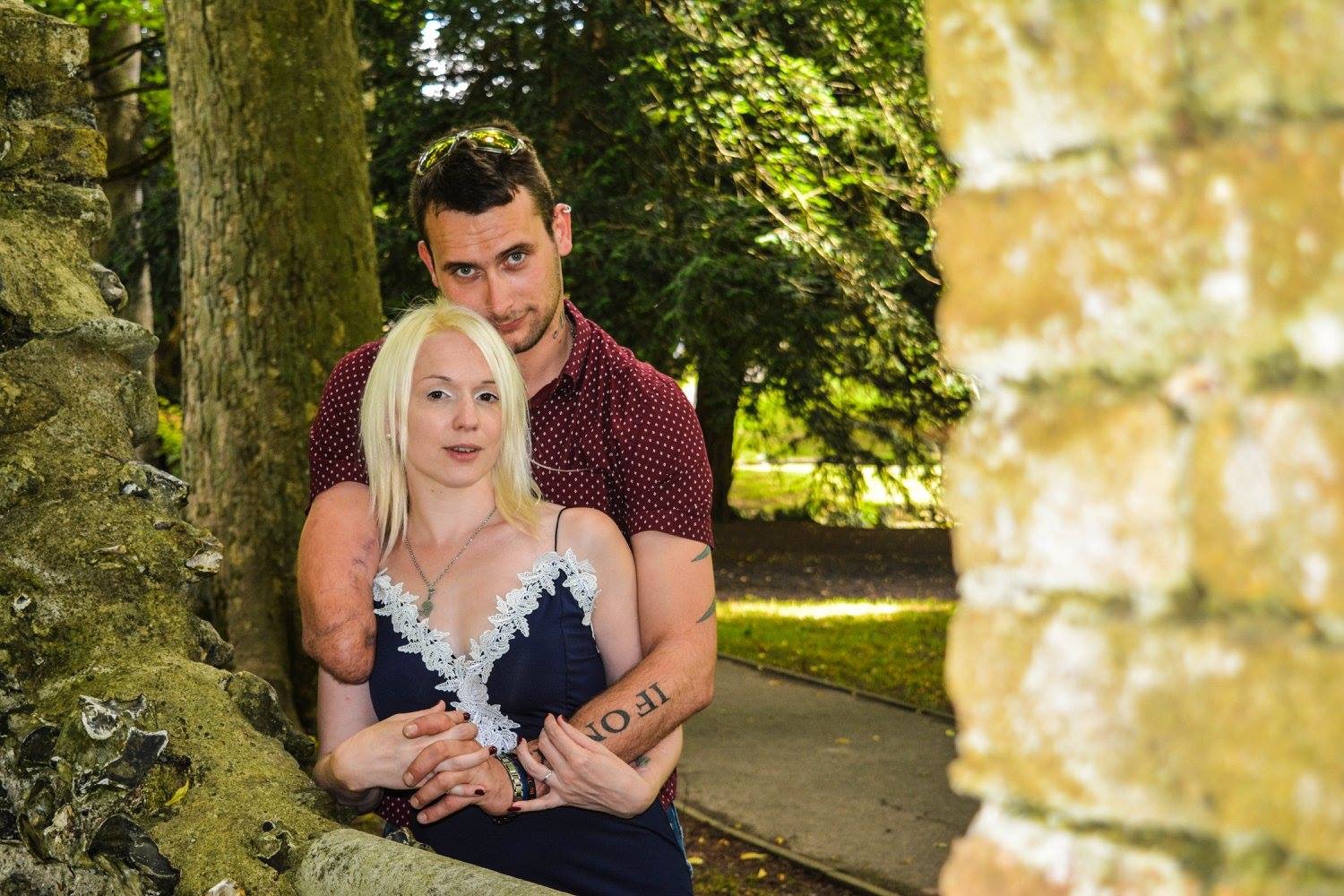 Laura met Nathan, who is undergoing an operation this month for another skin draft, at the beginning of last year and has been his full time carer ever since.

Although she admits it is a struggle sometimes, the caring mum says she has never minded looking after her best friend.

Laura, who has two kids and is step mum to Nathan's four, said: "When I first saw him, I just thought he looked amazing and I didn't even notice the arm.

"He is my best friend and I've never minded looking after him.

"Getting the arm would be everything to him though. His youngest child is two and he struggles to change nappies and he can't play catch.

"Eventually we want children together so having the arm would mean he would have the chance to play with his baby and do stuff a normal dad takes for granted."