KIEV (Reuters) – Ukraine wants to speak to Germany and France about an increase in shooting in the east of the country, Foreign Minister Vadym Prystaiko said on Monday. 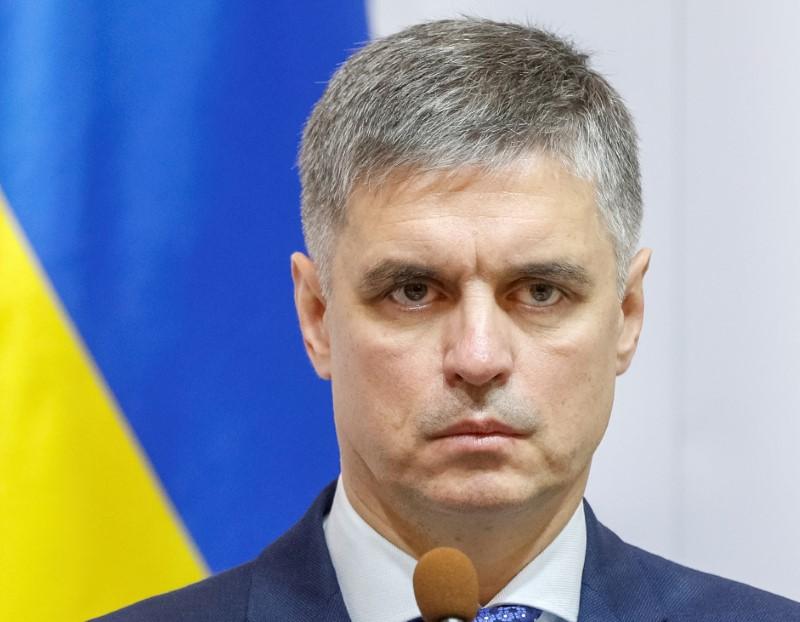 Two Ukrainian soldiers were killed and 10 were wounded at the weekend in the eastern Donbass region, where fighting between Russia-backed separatist fighters and Ukraine’s armed forces began in 2014.

The separatists did not immediately comment on the latest incident but each side blames the other for recent violence.

France and Germany have been trying to broker an end to the conflict at talks with Russia and Ukraine in what is known as the Normandy format. They hope to build on a ceasefire agreement that was reached in the Belarussian capital, Minsk, but has failed to end the conflict.

Although the intensity of fighting has dropped, shelling and shooting continues on the contact line between the separatists and Ukrainian soldiers, some of whom wait in trenches now tipped in places by ice and snow.

“As for the Minsk process and intensification of shooting attacks – we are concerned about it, no doubts,” Prystaiko told a joint news conference with Albanian Prime Minister Edi Rama.

He said Kiev had discussed the latest violence with the head of the Organization for Security and Co-operation in Europe, which monitors the situation in eastern Ukraine.

“I think there will be a reaction from the Ukrainian side to such shooting attacks. We will try to contact our Normandy partners urgently because, like you, we see that agreements do not work,” Prystaiko said.

At a four-way summit with the leaders of France and Germany last month the Russian and Ukrainian presidents, Vladimir Putin and Volodymyr Zelenskiy, agreed to commit to the full and comprehensive implementation of a ceasefire.