On Day to End Impunity for Crimes Against Journalists, UN draws attention to killings of media workers in own countries. 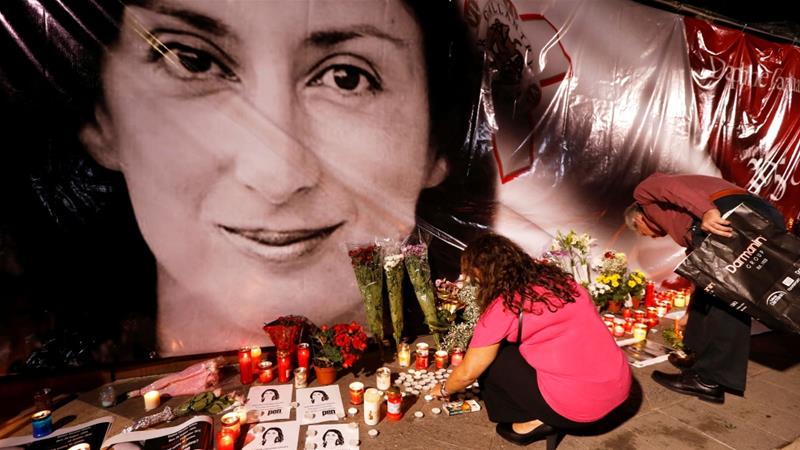 On November 2, 2013, French journalists Ghislaine Dupont and Claude Vernon were kidnapped after interviewing a local political leader in Kidal, a town in northern Mali. Shortly afterwards, their bodies were found outside the town, riddled with gunshots.

The following month, the United Nations officially proclaimed November 2 the International Day to End Impunity for Crimes Against Journalists.

To commemorate the day on Saturday, the UN’s Educational, Scientific and Cultural Organization, UNESCO, launched the #KeepTruthAlive social media campaign.

The goal of this year’s initiative is to draw attention to the dangers faced by journalists in their own countries. According to UNESCO, 91 percent of journalists killed over the past five years worked locally.

UNESCO Director-General Audrey Azoulay said by putting the focus on local journalists, the aim is to challenge “the perception that murders only happen far from the public eye, primarily targeting foreign war correspondents” and shine the spotlight on reporters “working on corruption and politics in non-conflict situations”.

According to a new UNESCO report, a total of 495 journalists were killed between 2014 and 2018, an 18 percent increase compared with the previous five-year period. So far this year, at least 43 journalists have been killed.

The study, called Intensified Attacks, New Defences, said Arab countries were the most dangerous places for journalists in the 2014-2018 period, representing 30 percent (149 journalists) of global killings. The region was followed by Latin America and the Caribbean, where 26 percent (127 journalists) of the killings took place.

UNESCO said 120 journalists were killed in the Asia and Pacific region; 51 in Africa; 28 in Western Europe and North America; and 20 in Central and Eastern Europe.

Over the five years, the three most dangerous countries were Syria, Mexico and Afghanistan.

The report also said the killing of female journalists has almost doubled during this period.

It added that in the past two years, 55 percent of journalists’ killings took place in non-conflict zones.

“More and more journalists are killed in non-conflict situations,” he said, adding UNESCO is aiming to get national authorities, civil society, judiciaries and security forces more involved in protecting journalists.

The international day further aims to highlight the low prosecution and conviction rates of crimes against journalists.

According to UNESCO, nearly 90 percent of those responsible for the killing of 1,109 journalists globally from 2006 to 2018 have not been convicted.

It highlighted the case of Maltese investigative journalist Caruana Galizia, who was killed in October 2017 by a car bomb blast near her home in Bidjuina, Malta. Two years on, there has still been no justice for the assassination.

Documenting the “flawed police investigation”, the RSF said the delay in the completion of this case has implications for the safety of journalists in Europe and beyond.

Another high-profile case was last year’s murder of Saudi journalist Jamal Khashoggi inside the kingdom’s consulate in Turkey. The Washington Post contributor had gone to the consulate in Istanbul on October 2, 2018, to collect documents for his planned wedding before he was killed and his body dismembered.

“The killing of Jamal Khashoggi is still on everyone’s mind,” Pauline Ades-Mevel, spokeswoman for RSF said, adding that the media watchdog was urging world powers to reconsider holding the next G20 summit, scheduled for November 2020, in Saudi Arabia.

“G20 countries have a duty to act if they want to comply with their responsibility to protect journalists. For countries not to object to Saudi Arabia’s chairmanship is to give it a licence to kill,” she said.