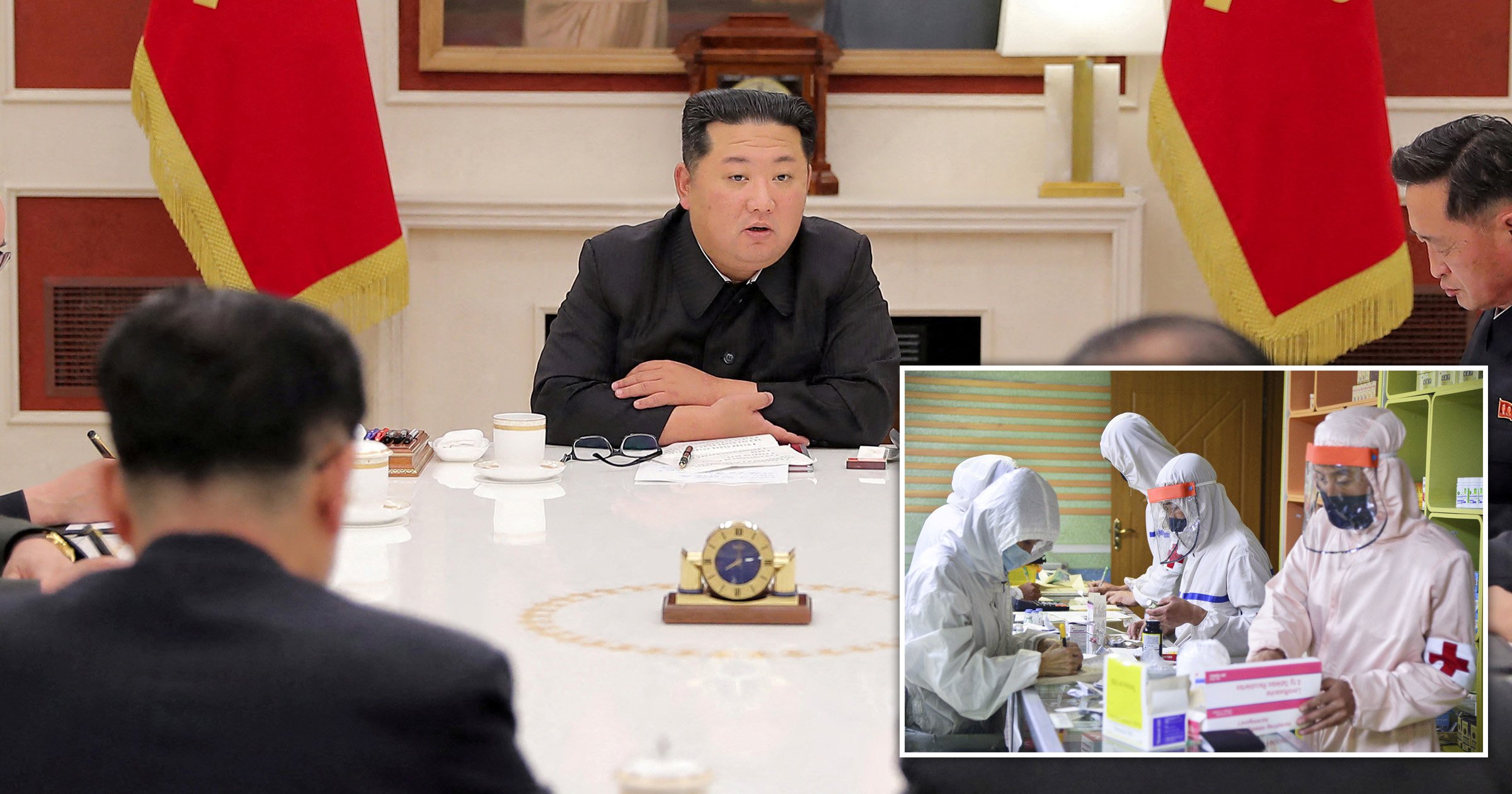 Kim Jong Un has lashed out at his own officials as Covid-19 continues to sweep through North korea.

The hermit nation reported more than 232,000 new cases and six deaths as Omicron explodes in the unvaccinated nation.

Pyongyang has referred to the illness as a ‘fever’ and likely lacks the testing capabilities to sequence tests and confirm they are caused by the coronavirus.

The closed country has admitted it has seen 62 deaths and 1.7 million cases since late April, around 700,00 of whom remain in quarantine.

North Korea has previously rejected international offers of vaccine aid but analysts view its unusual reporting of cases as being akin to an appeal for help.

The dictator has directly criticised his own health authorities over the handling of the initial outbreak, according to state news.

He is reported to have told a meeting of senior party officials that ‘immaturity in the state capacity for coping with the crisis’ are to blame, accusing them of a ‘non-positive attitude, slackness and non-activity’.

Malnourishment is rife and the close quarters people live in, especially in the capital city, makes North Korea susceptible to a dire outbreak.

Figures are likely being underreported to protect Kim’s reputation during what is already a perilous time in his leadership.

He staked his reputation on negotiations with the US over scaling back nuclear ambitions in return for economic relief but they are frozen in limbo.

In response, he has ordered a series of weapons tests, seemingly a build-up to full atomic blast test, despite the country’s ongoing economic collapse.

Kim criticised his officials yesterday over the state’s medicine reserves and announced the army had been mobilised to transport supplies, as well as ordering pharmacies in the capital to stay open 24 hours.