North Korea’s leader Kim Jong Un has been pictured riding a white horse to the summit of a sacred mountain as part of a propaganda stunt.

In the past Kim has been shown climbing Mount Paektu before making key decisions, and he has recently vowed to overcome US-imposed sanctions that he said caused pain to his people.

KCNA said in a statement: “He, sitting on the horseback atop Mount Paektu, recollected with deep emotion the road of arduous struggle he covered for the great cause of building the most powerful country with faith and will as firm as Mount Paektu.”

Paektu is the highest mountain in the country and is sacred to North Koreans.

Kim has visited Paektu at key moments of his rule: in 2013, before he ordered the execution of his uncle, and in 2018, when he entered diplomacy with South Korea and the US. 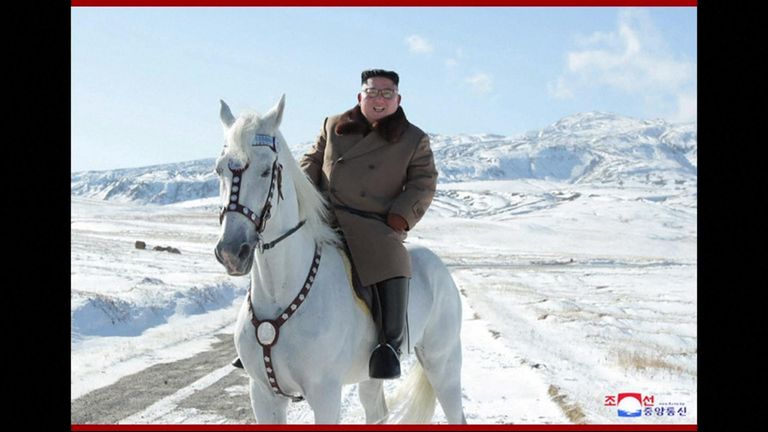 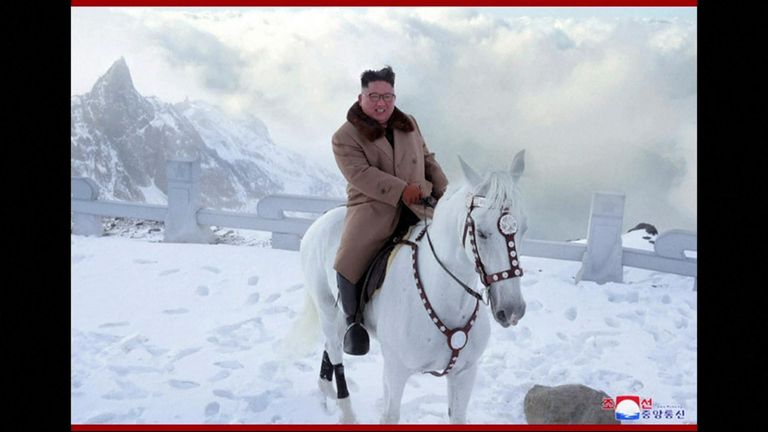 Now, his trip up the mountain comes amid a stalemate in talks with the US around North Korea’s use of nuclear weapons, and South Korean media speculated that the photos may signal a new approach by Kim.

The photos also appear to be aimed at bolstering his image at home as North Korea tries to pressure Washington into making concessions in the nuclear talks.

:: Listen to the Behind the Headline podcast on Apple Podcasts, Google Podcasts, Spotify, Spreaker

The images are rich in symbolism, and both the mountain and the white horse feature prominently in the family’s history and propaganda.

Kim’s grandfather Kim Il-Sung, who founded the nation, had an anti-Japan guerrilla base on the slopes of Mount Paektu during Japan’s colonial rule of the Korean Peninsula between 1910 and 1945. 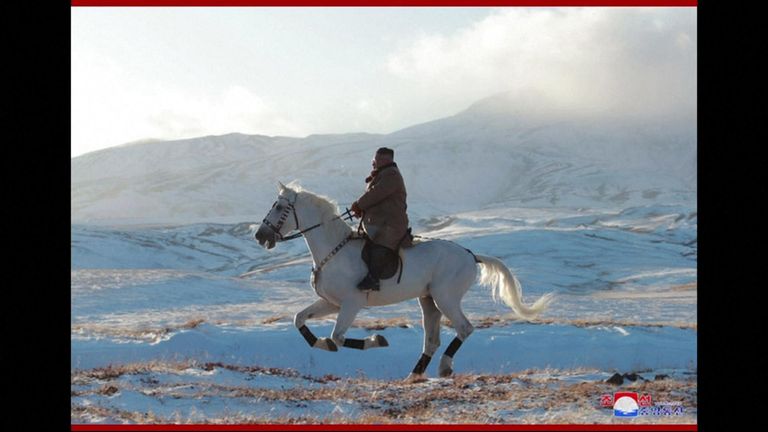 Kim Jong-Il is also said to have been born on the mountain of Paektu, as a double rainbow filled the skies.

The white horse also has significance, with the Kim family often seen riding the animals together.

Kim Il-Sung is said to have ridden a white horse while fighting off Japanese colonial rulers.

Palestinian Authority cites ‘arrest and abuse’ of its members as reasons to withdraw staff – a move slammed by Hamas. Gaza Strip – The Palestinian…

Economic malaise that sparked the revolution continues on the anniversary of the 2011 Arab Spring’s beginning. Tunisia is often touted as the Arab Spring’s only…