North Korean defectors deported back from South Korea in 2019

North Korea could be about to antagonise the West yet again after a figure in Moscow claimed the country could help Russia with its invasion of Ukraine. Colonel Igor Korotchenko suggested Russia could see its forces bolstered by up to 100,000 North Korean soldiers. He told Russian state TV: “We shouldn’t be shy in accepting the hand extended to us by Kim Jong-un.”

This claim comes as North Korea’s own aggression has caused concern in recent weeks.

The country has tested missiles on 15 separate days in 2022, and one expert believes this has signalled an acceleration of the arms race between North Korea and the West.

Ankit Panda, a nuclear weapons expert at the Carnegie Endowment for International Peace., spoke to the Financial Times in February.

“The qualitative arms race has kicked off in a very big way.” 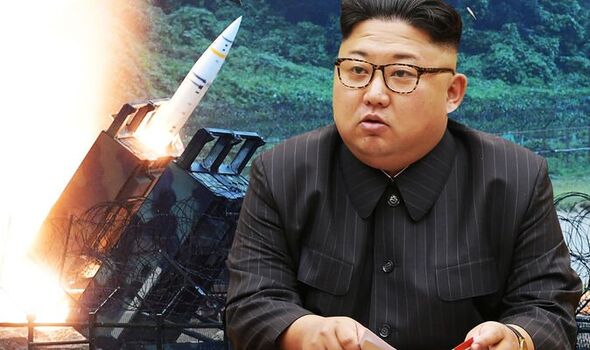 These missiles’ paths can be changed mid-flight, and North Korean state media boasted at the time that they could achieve a“120km lateral movement in the flight path”.

Steven Dunham, a launch systems analyst at The Aerospace Corporation, a US research and development centre, explained why these weapons would be effective.

He said: “There are really three motivations for developing manoeuvrable missiles.

“First, you’ve got to hit the target you want to destroy with the accuracy that’s required. 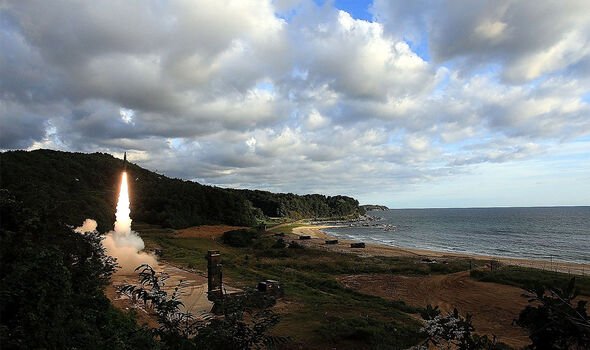 North Korea is not alone in developing these weapons – the US, China, Russia, Iran and South Korea are just a few other nations exploring similar technology.

Sam Wilson, senior policy analyst at The Aerospace Corporation, also said: “There is a misapprehension that manoeuvrable weapons are some kind of new, niche threat.

“In fact, most missiles being developed around the world are manoeuvrable to some degree.”

Last week, Kim said he is ready to use his nuclear weapons “accurately and promptly.”

He said: “Our armed forces are thoroughly prepared to respond to any crisis, and our nation’s nuclear war deterrence is also fully ready to mobilise its absolute strength faithfully, accurately and promptly to its mission.” 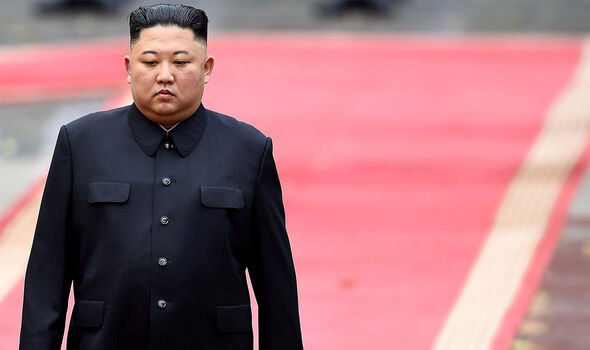 Kim continued: “Talking about military action against our nation, which possesses absolute weapons that they fear the most, is preposterous and is very dangerous suicidal action.

“Such a dangerous attempt will be immediately punished by our powerful strength and the Yoon Suk-yeol government and his military will be annihilated.”

The US has tried for years to encourage North Korea to abandon its weapons programme.

They haven’t listened, and this week Pyongyang reiterated its determination to develop it weapons.

The North’s permanent mission to the United Nations issued the statement on Wednesday, saying: “It is the peak of busy blaming that the United States alleges somebody’s ‘nuclear threats’ given the fact that it is the kingpin of nuclear proliferation.

“We will never tolerate any attempt by the US and its servile forces to groundlessly accuse our State and encroach upon our sovereign rights and national interests.”